Inspirations from the forest
Telling a Story
Poetry 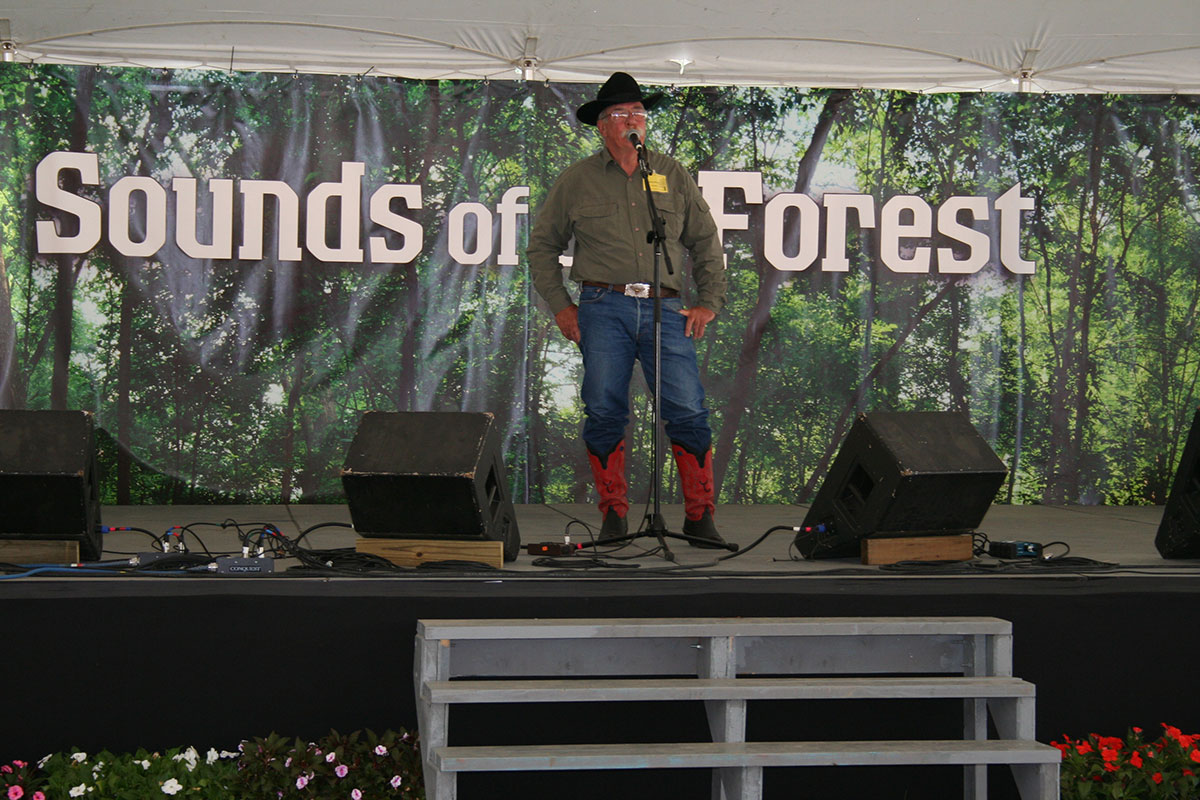 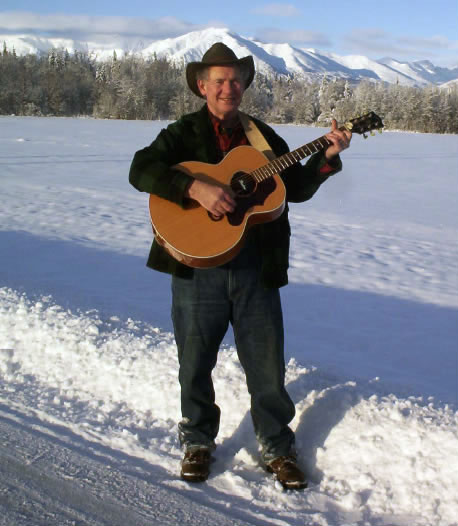 Very much in the "tramp logger" tradition, Hank Nelson has lived and worked all over the Northwest, including Sitka, Coffman Cove, and Craig, Alaska; Mt. Hood and Silverton, Oregon; and Walla Walla, Washington.
Photo by Patricia Nelson
"Cowboys have probably always been kind of popular," notes Wally McRae. "You know the movies and television and everything like that has always looked for a hero figure, and maybe we fit in that."
Photo by Rebecca Summerour, Smithsonian Institution

Not every poem rhymes, and not every poem tells a story. But when it comes to the poetry of cowboys and loggers, the story is one of the most important elements.

Wally McRae was the first cowboy poet to be awarded the Heritage Fellowship from the National Endowment for the Arts, in 1990. He has written more than a hundred poems, and still manages a cattle ranch in the rugged landscape of eastern Montana. McRae's poetry tells the stories of cowboys he has known—loading steers onto trains, wrangling milk cows, and even maintaining a local cemetery. His poetry allows readers to get inside a cowboy's life through meter and rhyme. 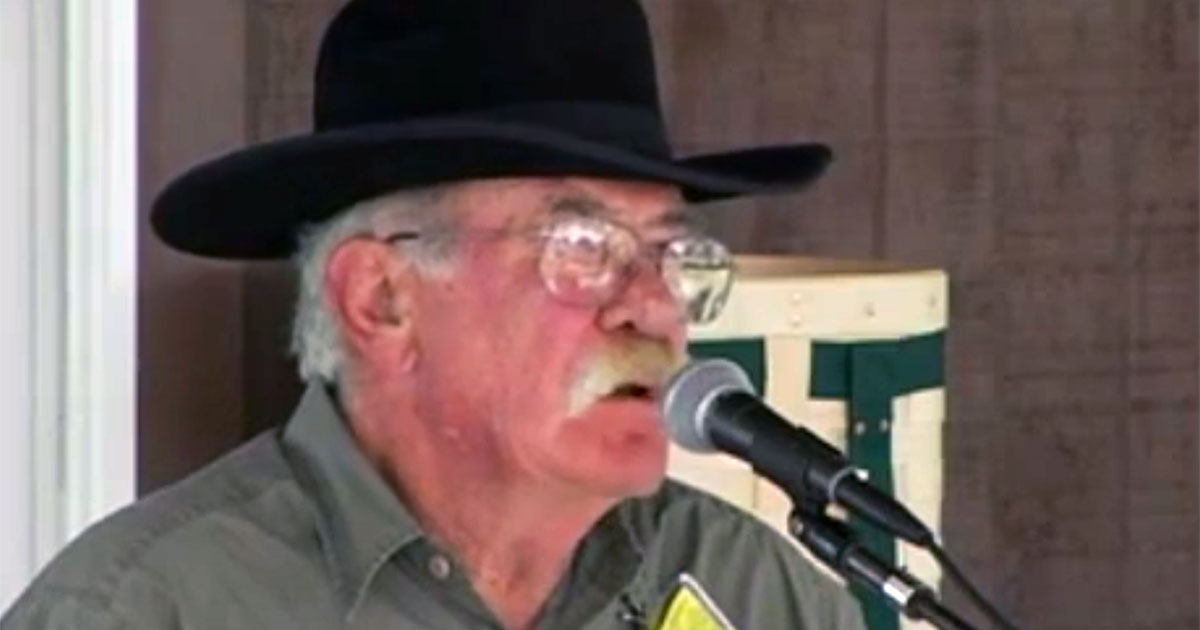 Hank Nelson grew up in a logging camp in Oregon, and worked as a timber faller for more than thirty years. He now works part-time as a bus driver, raconteur, and guide for cruise ship passengers in Alaska. The poems and songs he has composed about loggers often are "stories of people that are facing hard times." But there are "good times too. That's the great thing about music and poetry. It lifts you up, or it causes you to do some introspection. Where would we be without it?"

If you get back off the interstates
And away from urban trends,
You'll find a coyote doesn't have
A multitude of friends.

But I kind of like to see one,
Or hear him greet the day.
He's sort of part of our old West
That's fading fast away.

Though he demands his tribute
I'll let him have his due.
Let him take his cut, and welcome.
I guess it's his world, too.

From Cowboy Curmudgeon and Other Poems by Wallace McRae. Reprinted with permission.