Inspirations from the forest
Telling a Story
Art 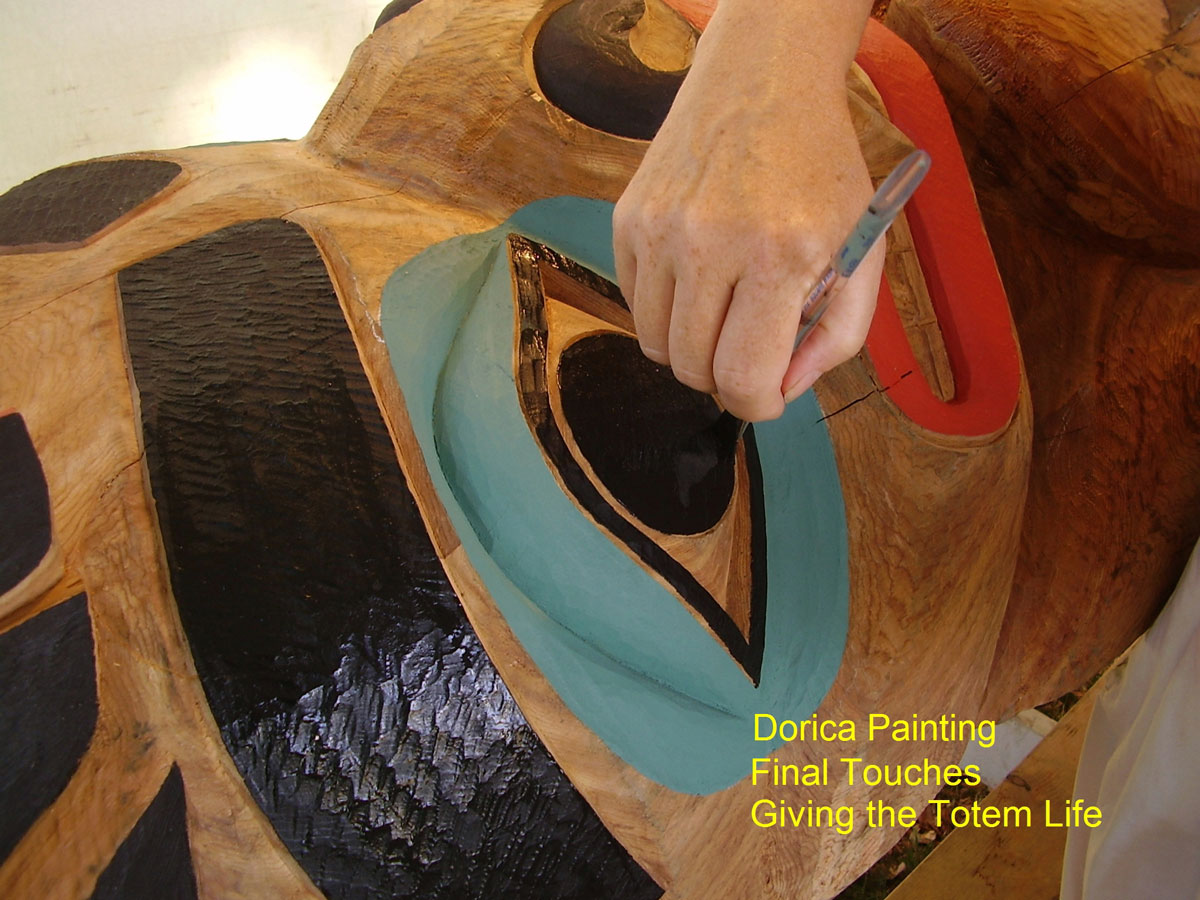 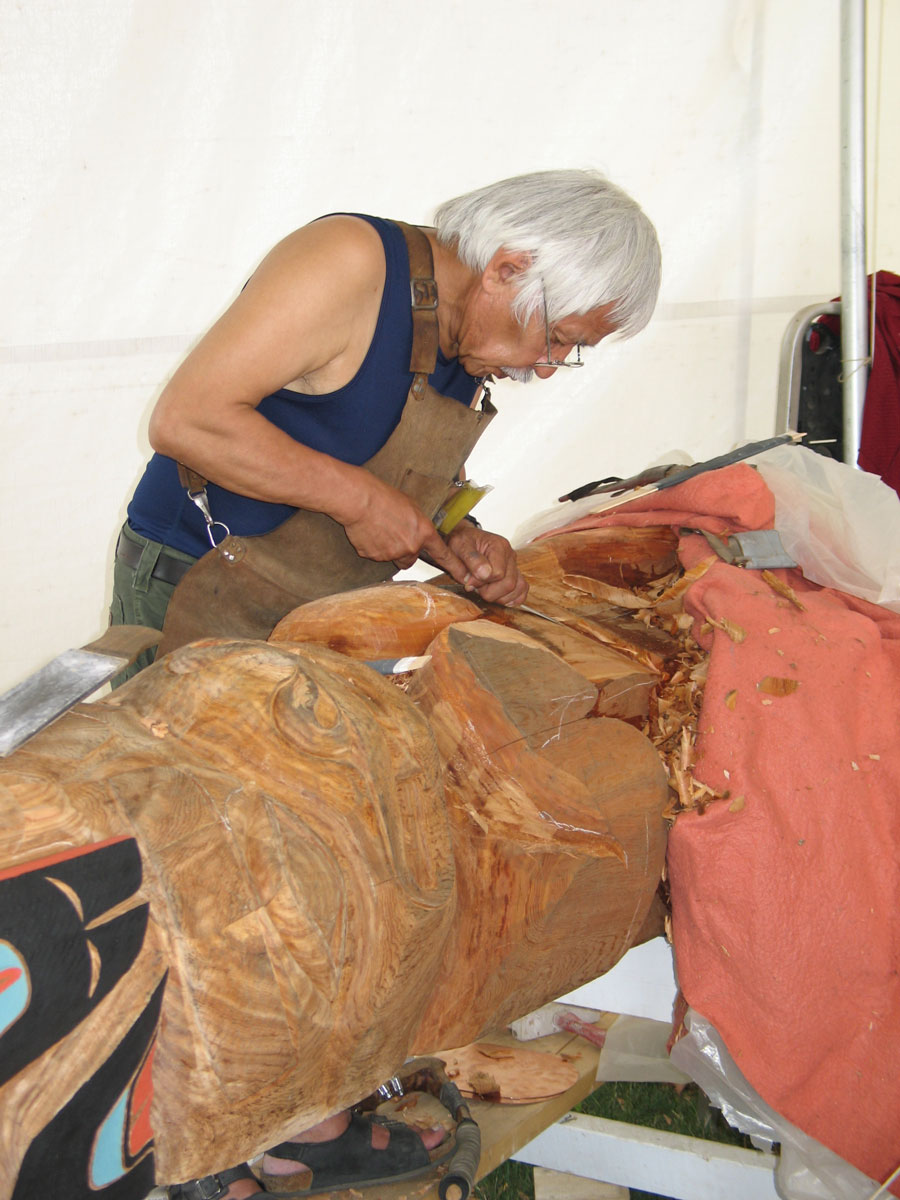 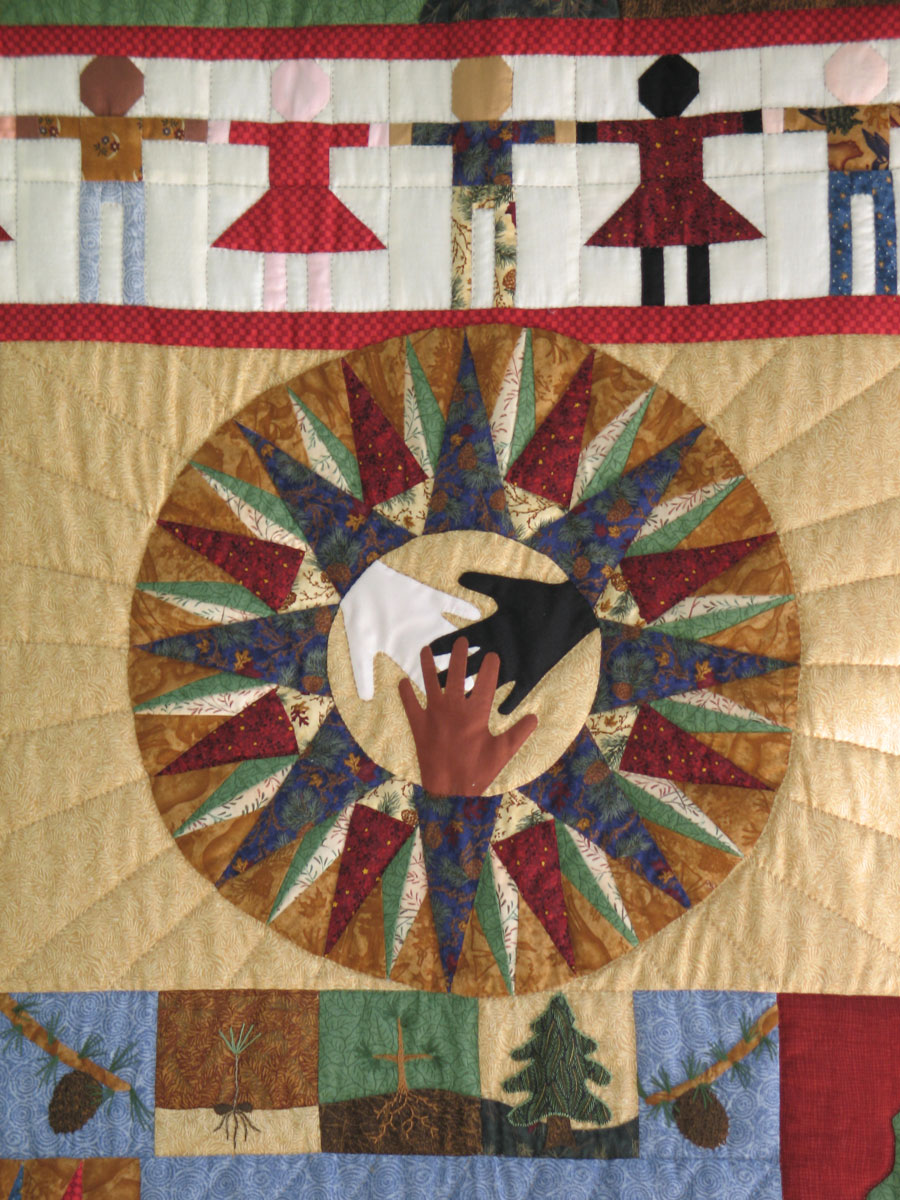 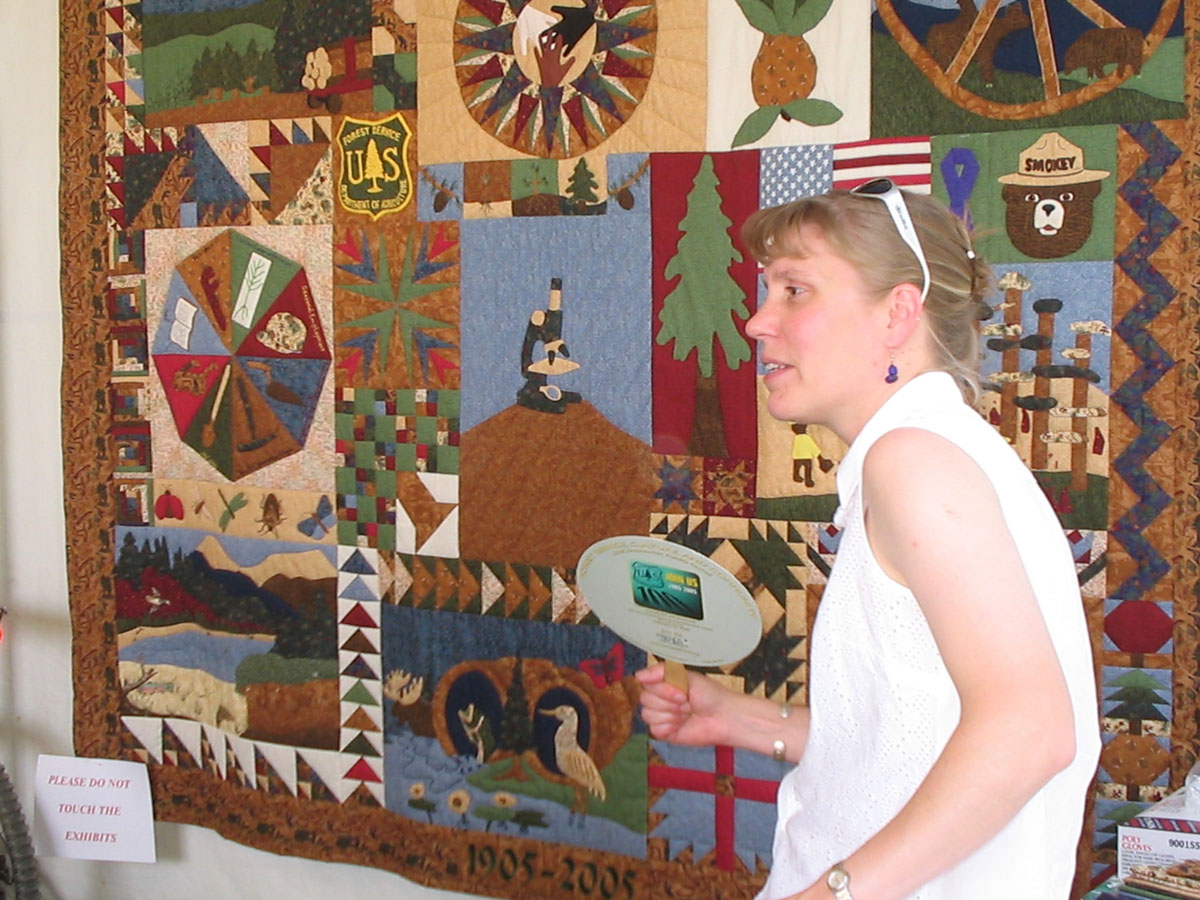 How are stories told through art?

For Nathan Jackson, member of the Chilkoot Tlingit tribe from Alaska and recipient of a National Endowment for the Arts National Heritage Fellowship, the stories are told through elaborate totem poles. The human or animal figures such as bears, eagles, or ravens carved onto the large cedar poles typically represent family or clan crests and illustrate stories from long ago.

For Teresa Trulock from Wyoming, the history of the Forest Service has come to life in her centennial quilt. "Every inch of it tells a story about the pride of people working for the Forest Service." Each of the twelve large blocks of the quilt, a combination of historic and new patterns, represents a different aspect of the agency's achievements.