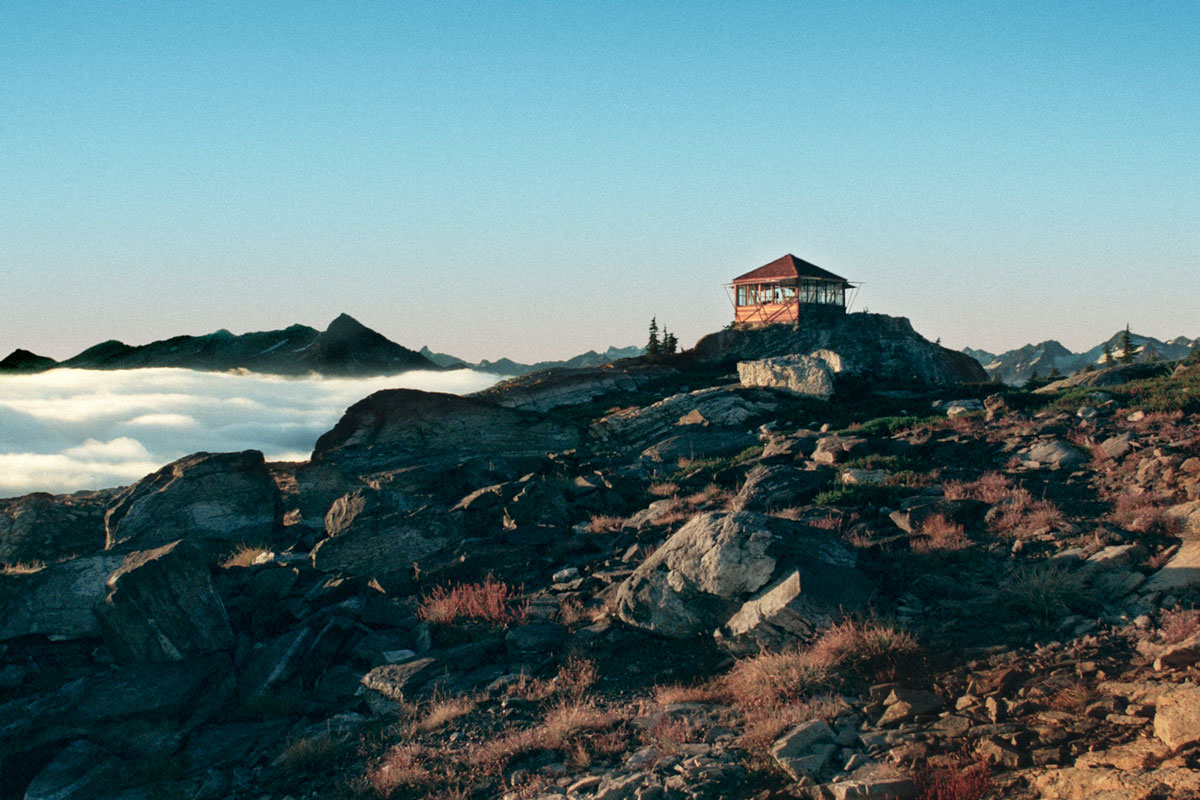 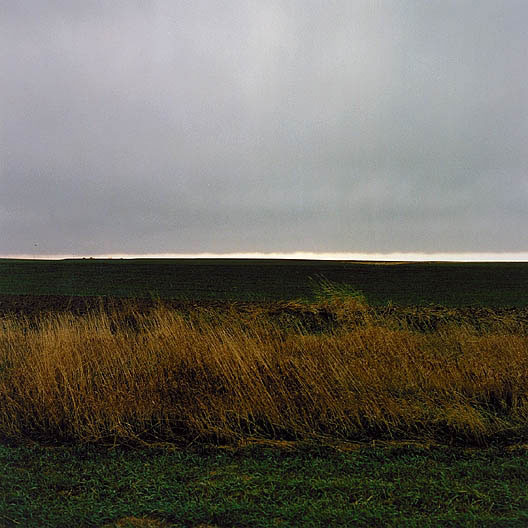 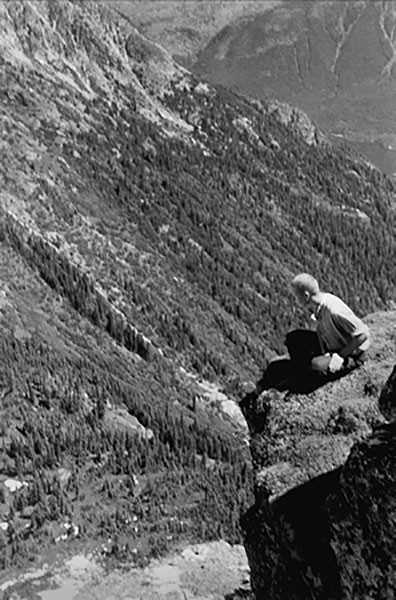 Gary Snyder’s environmental poetry has been inspired in part by his work as a fire lookout with the U.S. Forest Service in the early 1950s. One of his posts was on Sourdough Mountain in Washington’s Cascade Range.
Photo © John Suiter, from his book, Poets on the Peaks
Terry Evans, Storm Lifting Near Concordia, Kansas (1980).
Courtesy Smithsonian American Art Museum, Gift of the Consolidated Natural Gas Company Foundation
Gary Snyder, overlooking Pierce Creek drainage from Sourdough Ridge, Summer 1953.
Photo © Jack Francis

By the end of the 20th century, the United States had become increasingly urbanized and industrialized, but artists and writers still had an immense appreciation of nature's potential for stirring thought and emotion, and for inspiring artistic creations. Their perspectives on the natural landscape were more environmentally aware and less romantic than in the 19th century.

Gary Snyder is a poet whose work has been greatly influenced by the natural world. Born in San Francisco in 1930, Snyder was raised on a dairy farm in the Pacific Northwest, where his close relationship with his environment was forged. His poetry reflects his belief that "the natural world is a community I want to be a part of, because I have more respect for myself when I'm engaged with it."

Down valley a smoke haze
Three days heat, after five days rain
Pitch glows on the fir-cones
Across rocks and meadows
Swarms of new flies.

I cannot remember things I once read
A few friends, but they are in cities.
Drinking cold snow-water from a tin cup
Looking down for miles
Through high still air.

Terry Evans is a photographer who lived in Kansas for many years and knows the prairie intimately. Her photographs depict both the beauty and power of the natural environment, helping us to better understand the complexity of a landscape that is often underappreciated.