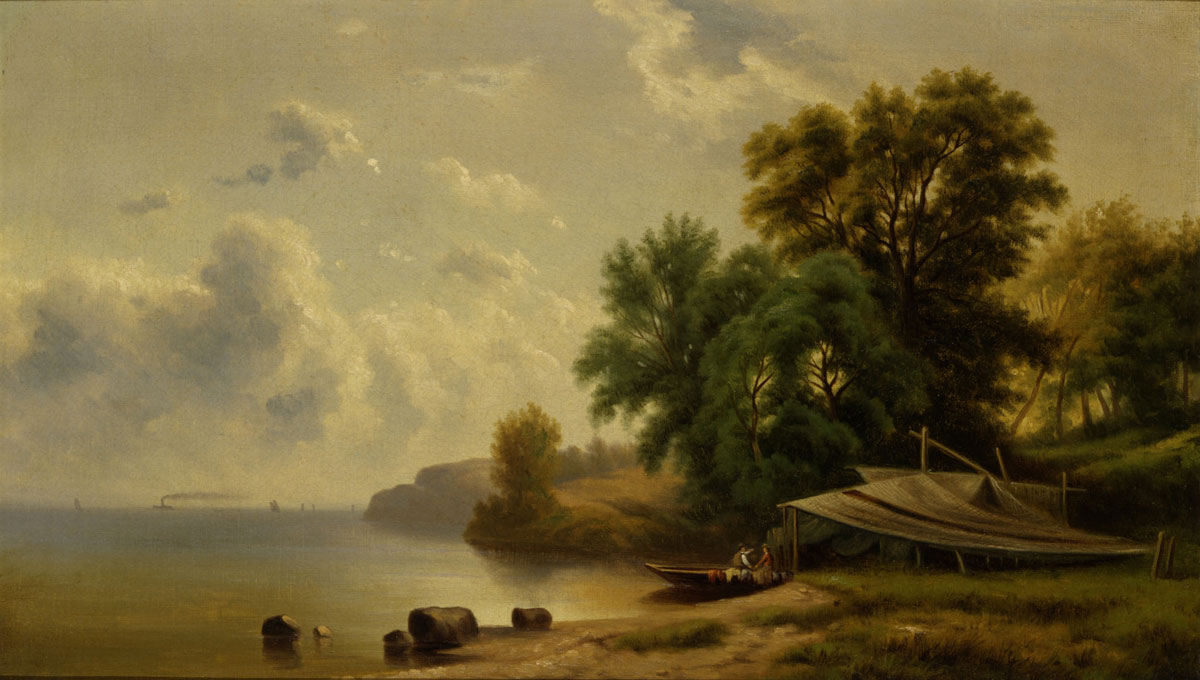 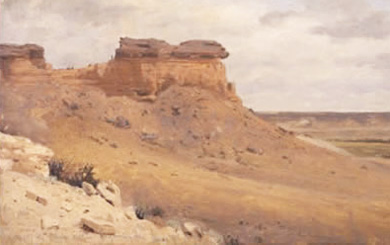 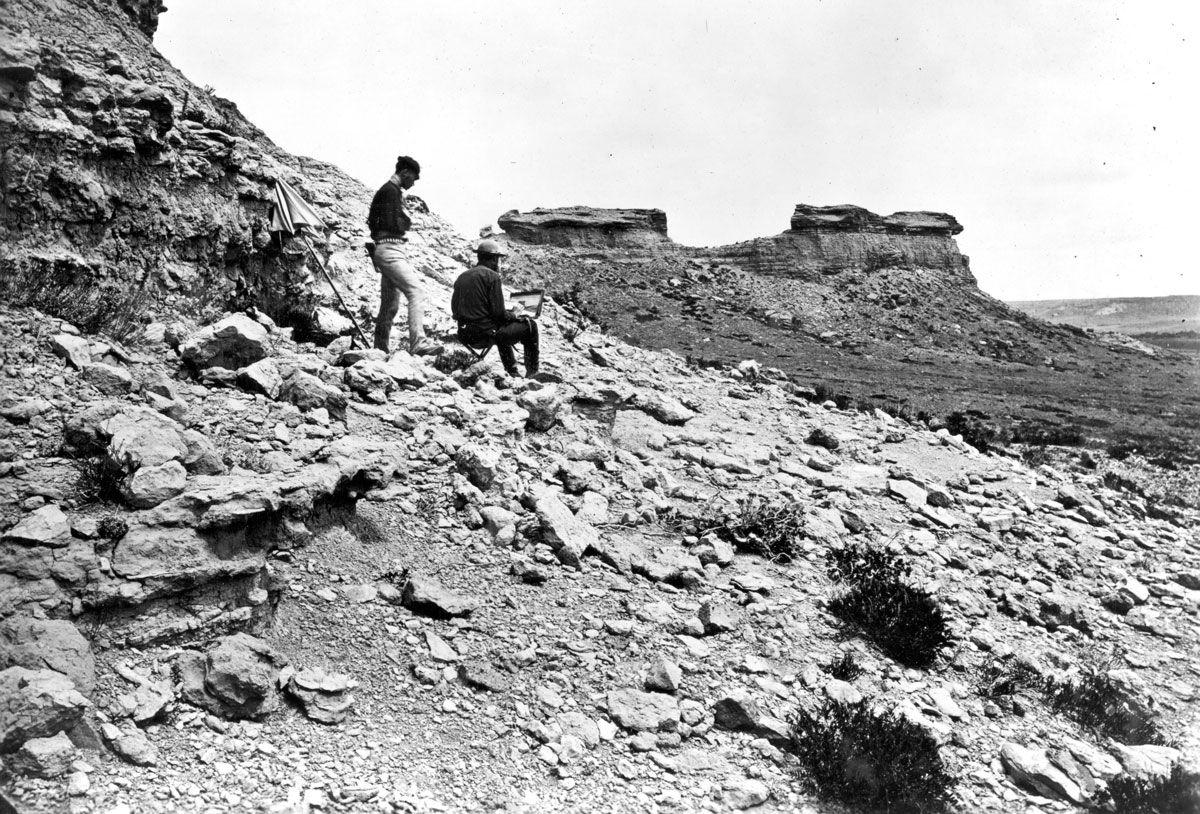 These artists and writers held a romantic notion of the landscape, viewing it as magnificent and awe-inspiring, and as having tremendous potential for stirring the soul and stimulating the intellect.
Sanford R. Gifford, Valley of the Chugwater, Wyoming Territory, oil on canvas, 1870.
Courtesy Amon Carter Museum, Fort Worth, Texas, 1970.67.
Painter Sanford R. Gifford (seated) was photographed in 1870 sketching near Chugwater Creek in southeastern Wyoming. The resulting oil painting depicts the beauty of the western landscape. Gifford Pinchot, the first chief of the U.S. Forest Service, was named for Sanford Gifford.
Photograph by William H. Jackson, courtesy U.S. Geological Survey.

Artists and writers have been using the natural landscape for inspiration for thousands of years. Rock art, cave paintings, and stick figurines provide tangible evidence that prehistoric artists were drawing the animals they hunted and the landscapes around them.

By the early 19th century, many artists and writers were associating the natural beauty of the United States with the power and ambitions of the new nation and its national identity. Just as poets and writers were admiring the beauty of the natural world and its potential for improving the human spirit, so too were painters discovering and celebrating the vast forests, soaring mountains, and rushing rivers of the continent.

I see it as it looked one afternoon
In August,—by a fresh soft breeze o'erblown
The swiftness of the tide, the light thereon.
A far-off sail, white as a crescent moon.
The shining waters with pale currents strewn,
The quiet fishing-smacks, the Eastern cove,
The semi-circle of its dark, green grove.
The luminous grasses, the merry sun
In the grave sky; the sparkle far and wide
Laughter of unseen children, cheerful chirp
Of crickets, and low lisp of rippling tide
Light summer clouds fantastical as sleep
Changing unnoted while I gazed thereon
All these fair sounds and sights I made my own.