When enslaved African populations were brought to work in coastal agricultural areas of Peru during colonial times, they brought along their musical traditions. In Peru, those traditions mixed with Spanish popular music of the nineteenth century, eventually growing into what is commonly known as Afro-Peruvian music. The Marinera, festejo, landó, tondero, zamacueca, and contrapunto de zapateo musical genres, among others, involve rich dance and ritual traditions.

The atajo de negritos and yunsa dance forms are traditional Afro-Peruvian expressions from the southcentral coastal department of Ica. This predominantly rural area harbors one of the largest concentrations of Afro-Peruvians in the country. These dances are cultural manifestations of their locally developed identity, memory, and musical and ritual knowledge. 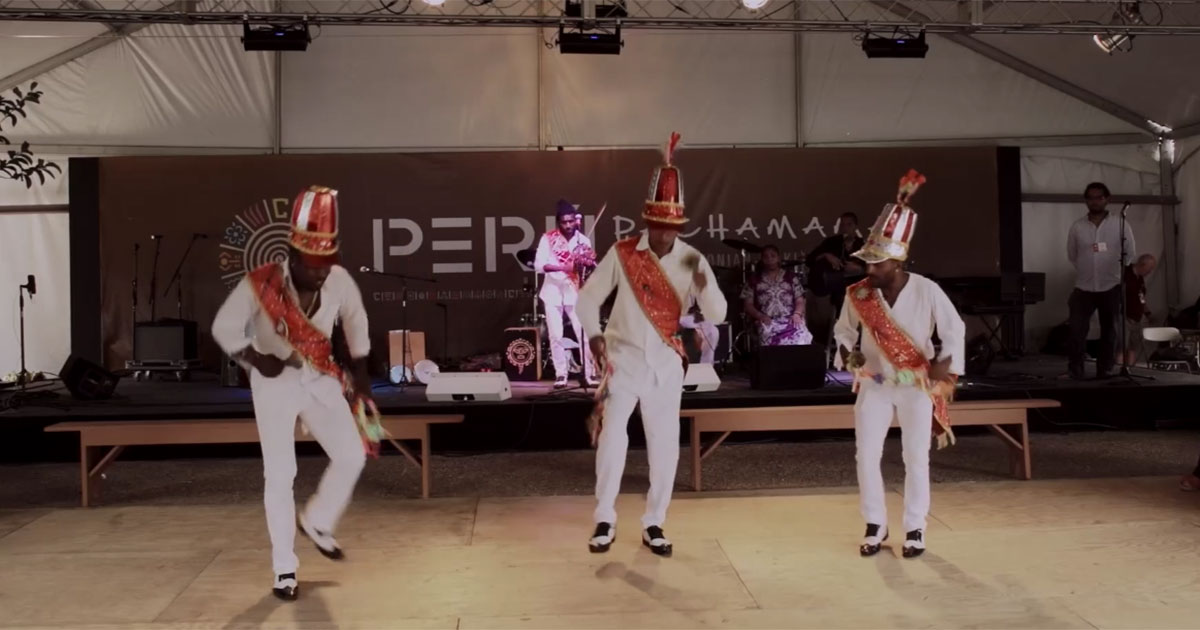 Every year during Christmas, troupes of atajo de negritos dancers parade down the streets of the coastal town of El Carmen, tap dancing and singing from house to house, praising baby Jesus. Through dress and song, they reference agricultural labor and the era of slavery, events that form an important part of their collective memory.

In February, during the cotton harvest, El Carmen residents host popular parties known as yunsas. They celebrate with food and drink, huachihualo (music characterized by competitive call-and-response verses), and acrobatic dances. The central activity of the event is cutting down a tree, which determines the organizer for next year’s yunsa. 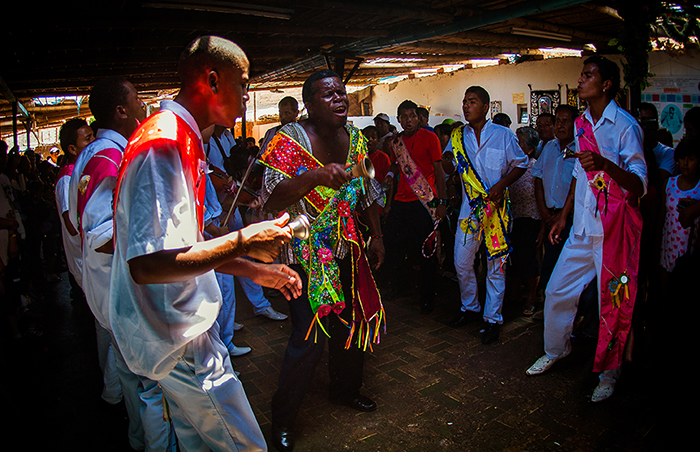 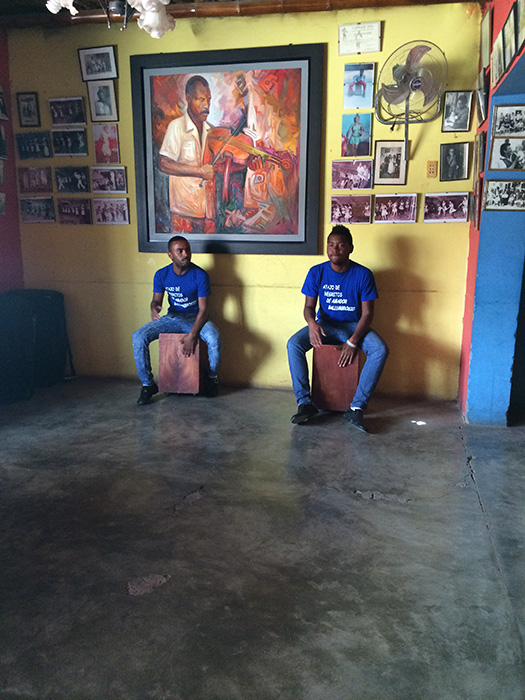 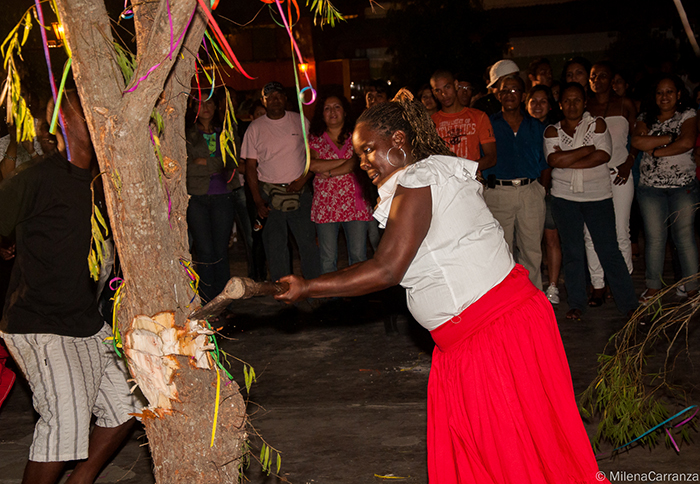 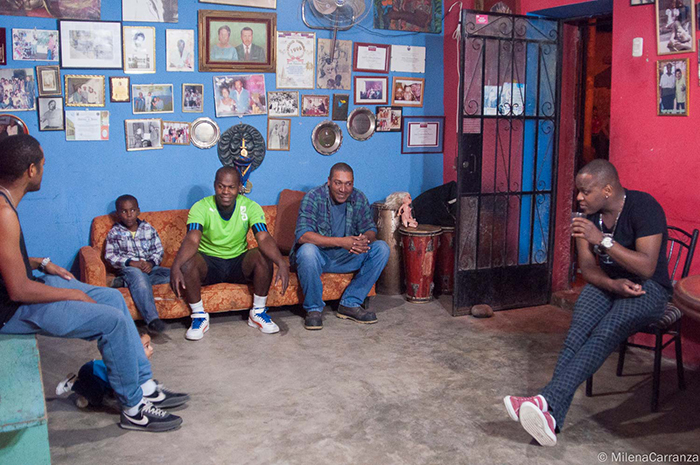 Amador Ballumbrosio is called the “godfather of Afro-Peruvian music.” As a young man he refused to work as a laborer, dedicating himself to making music with his hands and feet. Through his children, he has further diffused the zapateo dance and taught them the value of their ancestry. Currently the Ballumbrosio family preserves Afro-Peruvian traditions by performing at events, festivals, and workshops. 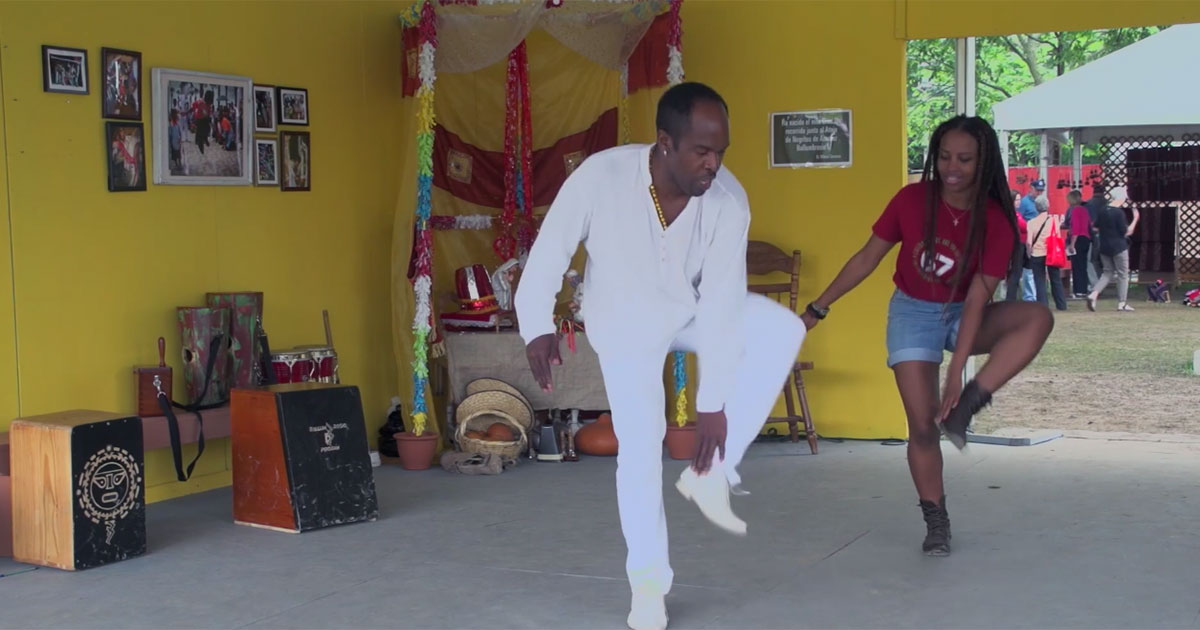 What Are You Doing This Halloween?
Ring Around the Yunsa Tree: The Harvest Dance of El Carmen
Join our email list for the latest news from the Smithsonian Center for Folklife and Cultural Heritage
Support the Folklife Festival, Smithsonian Folkways Recordings, sustainability projects, educational outreach, and more.
Support Folklife. Donate Now.