“According to our grandfathers, this bridge was built during the time of the Inkas 600 years ago, and on it they walked their llamas and alpacas carrying their produce.”
—Eleuterio Ccallo Tapia

The Inkas built the Q’eswachaka Bridge using a local grass called ichu (Jarava ichu) to make q’oya, braided ropes that could be destroyed after crossing the Apurimac River. Now the bridge is rebuilt annually by members of four Quechua communities: Huinchiri, Chaupibanda, Choccayhua, and Ccollana Quehue, who work together to maintain the tradition. Thanks to their communal effort, the bridge has survived for hundreds of years, acting as a link between the past and the future. Braiding the ropes symbolizes the constant connection of the communities to their traditions. 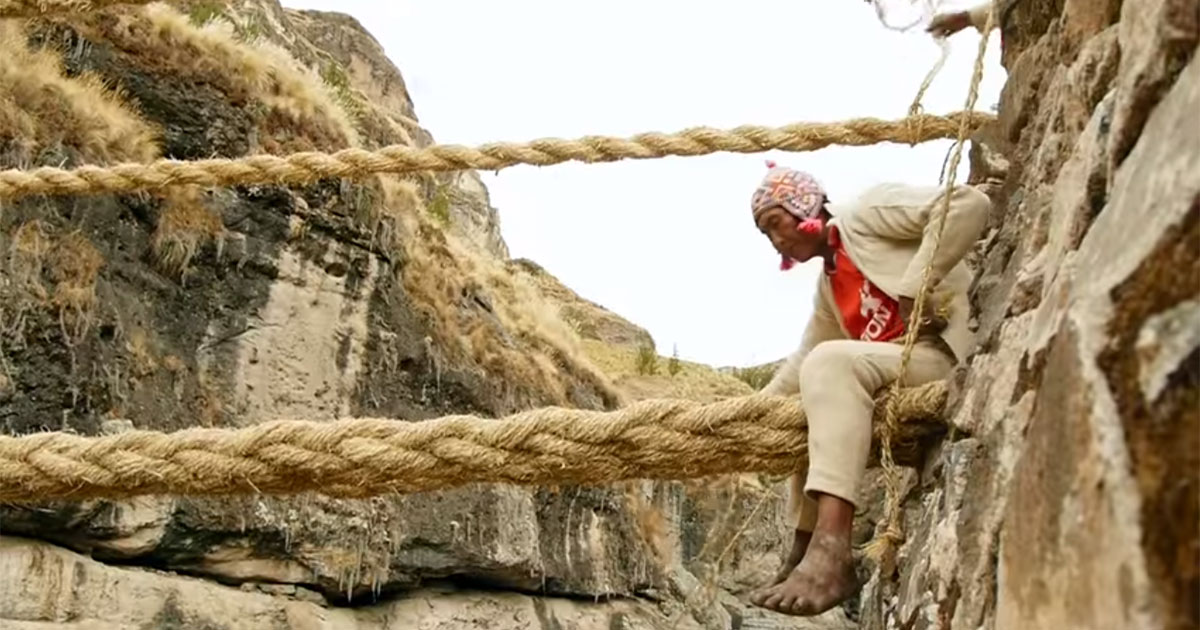 Every June, four Quechua communities convene to build the Q’eswachaka. They first ask the Pachamama for permission and then collect the q’oya ropes braided by women and young girls. The chakarauwaq (engineers) tie the ropes, let the old bridge fall, and begin weaving. Once finished, they give thanks to Apu Q’eswachaka (mountain spirits). 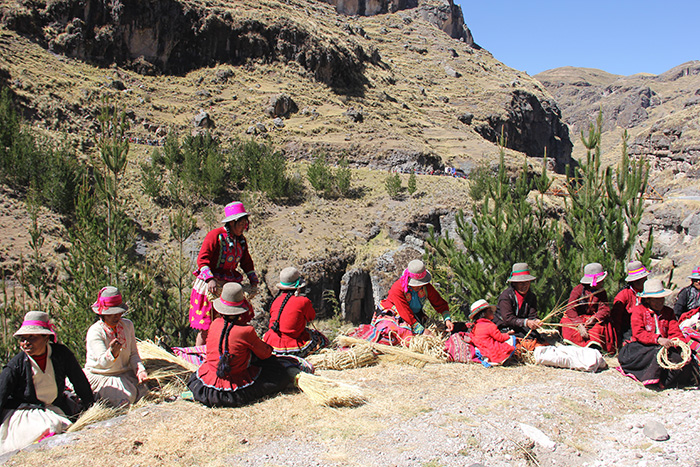 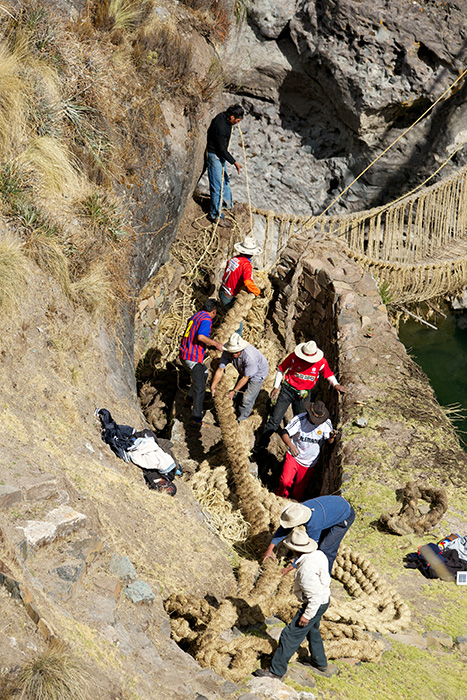 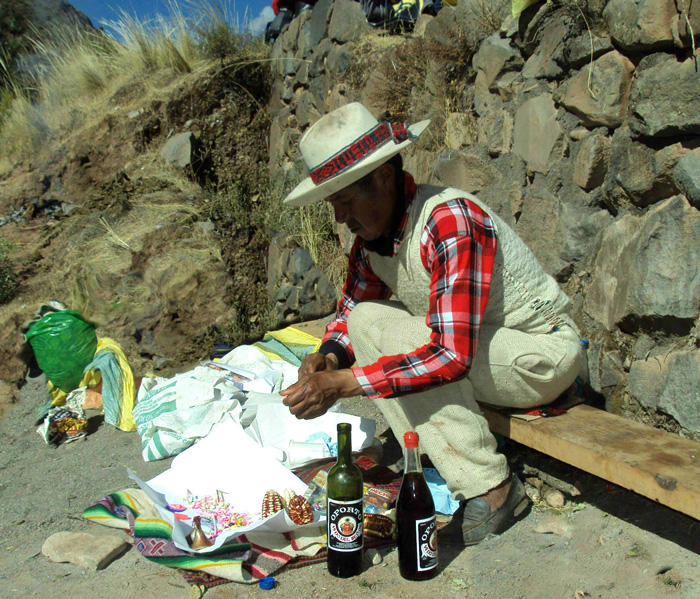 At each stage of the building process, the chakarauwaq make offerings of coca leaves, potatoes, and corn to the apus (spirits of the mountains). When the bridge is finished, the community gives thanks, celebrating with music, chuñu phasi (freeze-dried potatoes), and chicha (corn beverage). 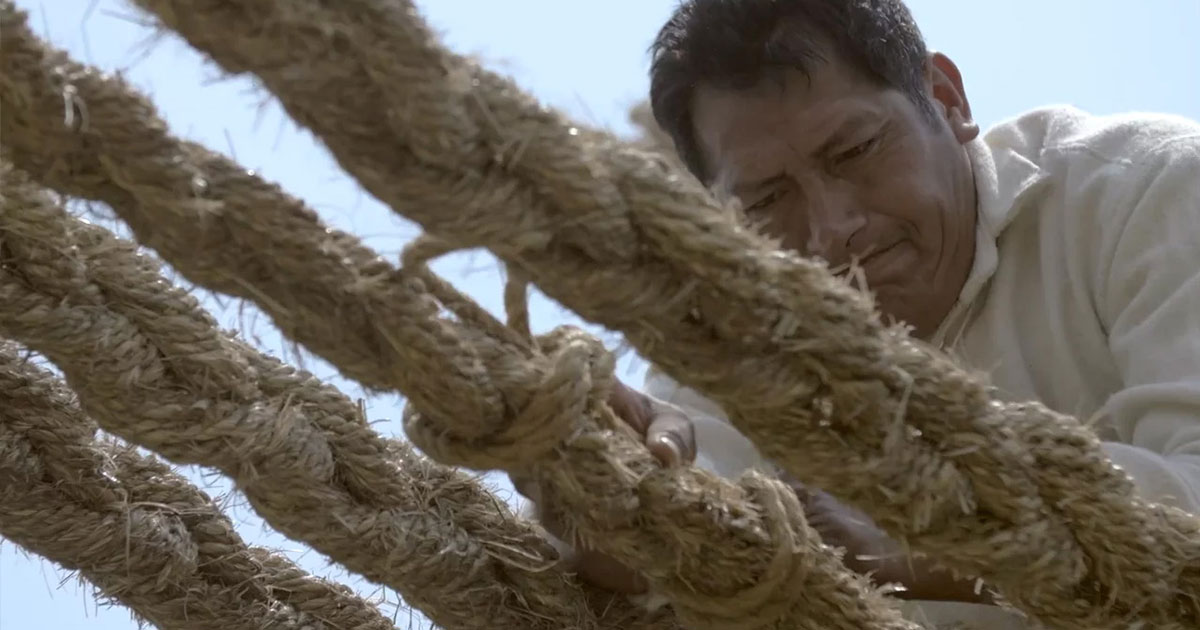 The Spirit of the Inka Survives in the Q’eswachaka Bridge
An Offering to the Pachamama
Let’s Get Technical: Building the Inka Bridge
Connecting Consciousness: The Story of the Q’eswachaka Bridge
Join our email list for the latest news from the Smithsonian Center for Folklife and Cultural Heritage
Support the Folklife Festival, Smithsonian Folkways Recordings, sustainability projects, educational outreach, and more.
Support Folklife. Donate Now.