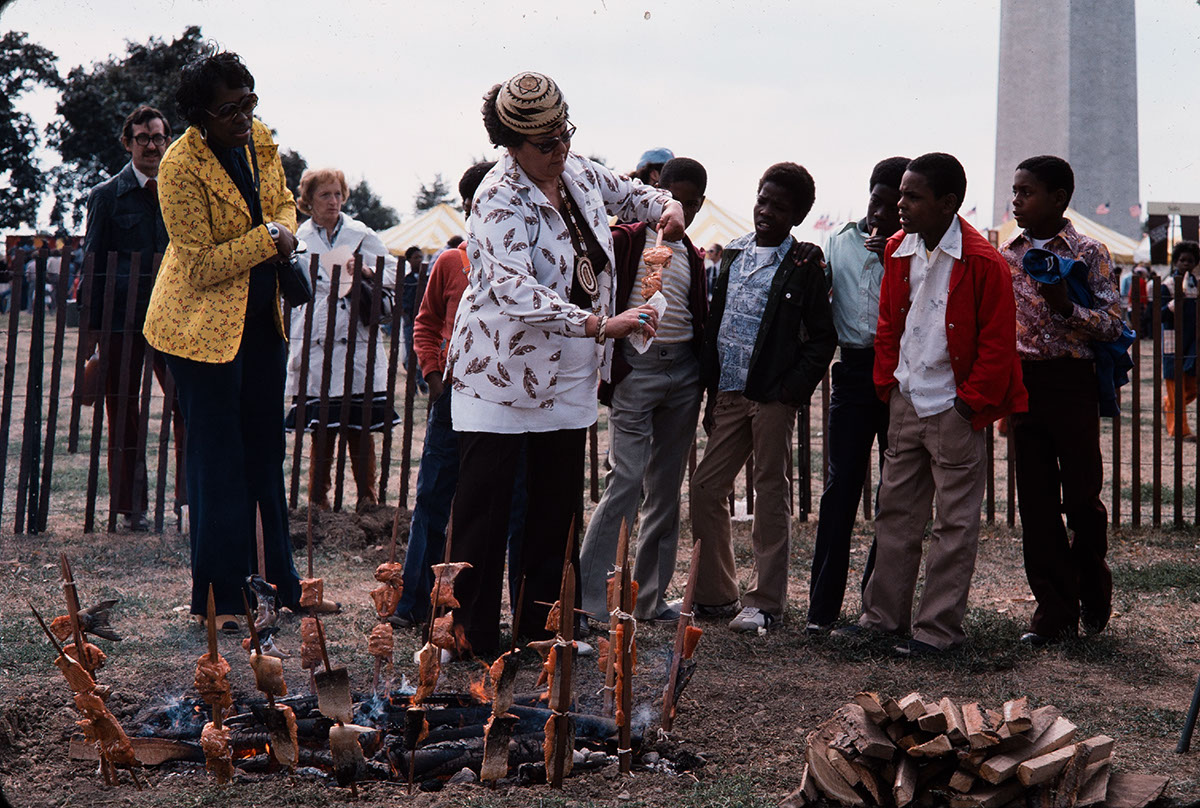 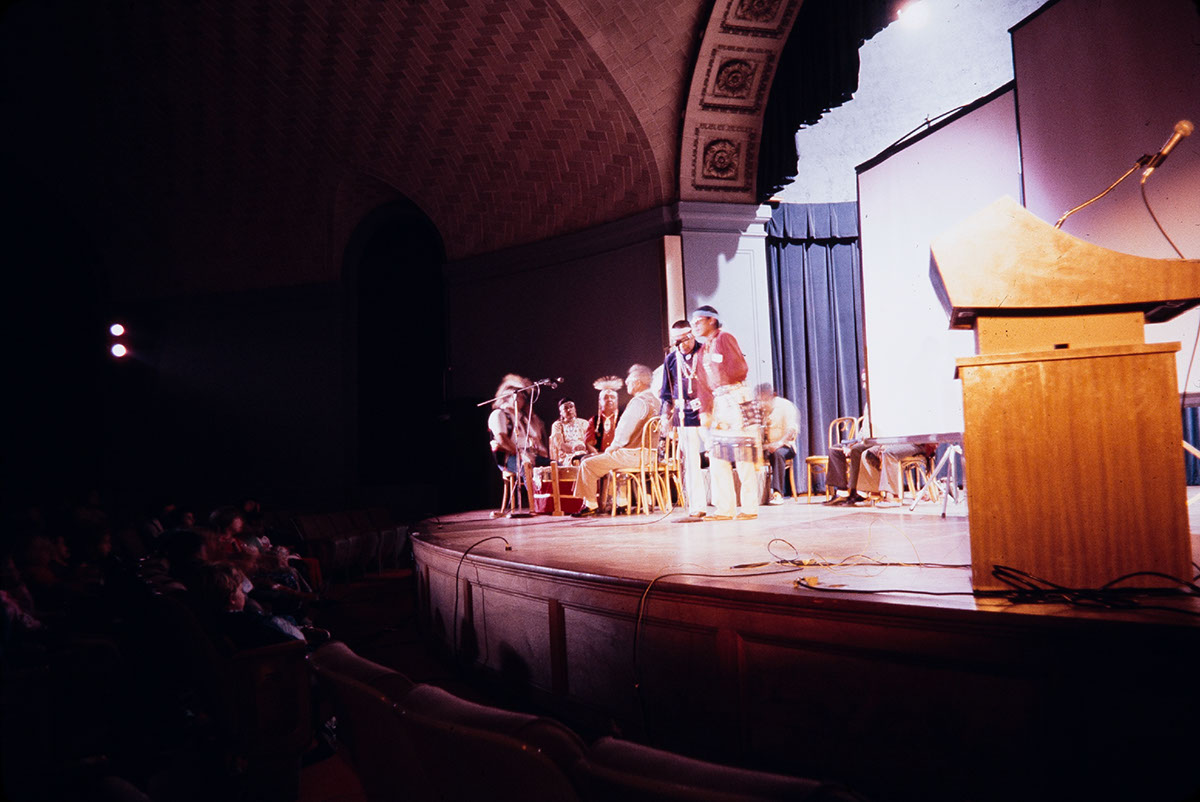 Increased interest in Native American culture in the 1970s encouraged non-Indians to correct many stereotypes of American Indians; non-Indians learned to appreciate distinctions between the material cultures and beliefs of different tribes. Most people in 1977 would recognize, for instance, that only a few nations of Native Americans lived in tipis or wore feathered war bonnets. Nevertheless, a general misconception still persisted that the musical culture of all tribes was the same.

The intention of the Native American presentation was to try to correct the stereotypical image that most Americans then had of Amerindian music. Singers representing five different tribal groups - Pueblo, Navaho, Tolowa, Iroquois, and Sioux - demonstrated the differences between their musical styles in performances of songs. By observing the differences between such stylistic elements of the music as song forms, melodic range and direction, vocal techniques, and drum patterns, visitors to the Festival could be convinced of the enormously rich variety in Native American music. A cross- tribal comparison of several of the diverse and varied Native American song traditions offered a side by side comparison of repertoires and styles.

Co-organized by the Department of Anthropology of the National Museum of Natural History and the Folklife Program.