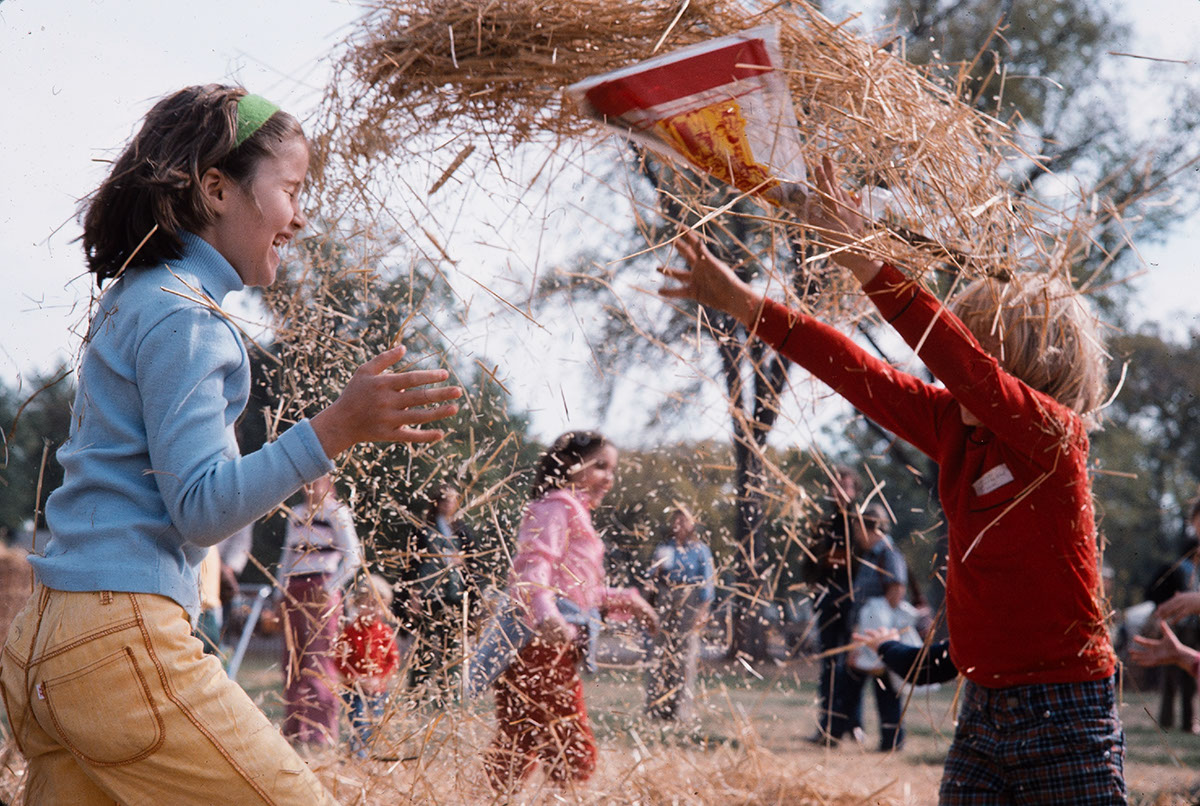 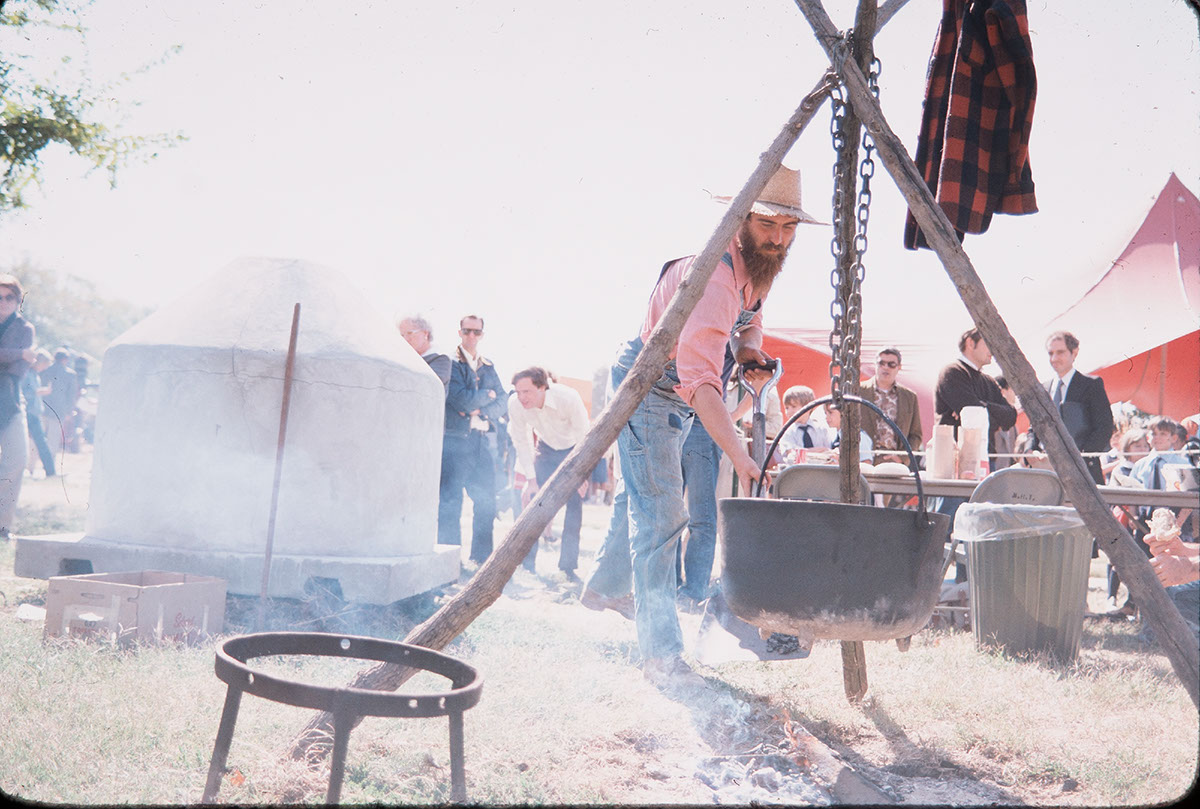 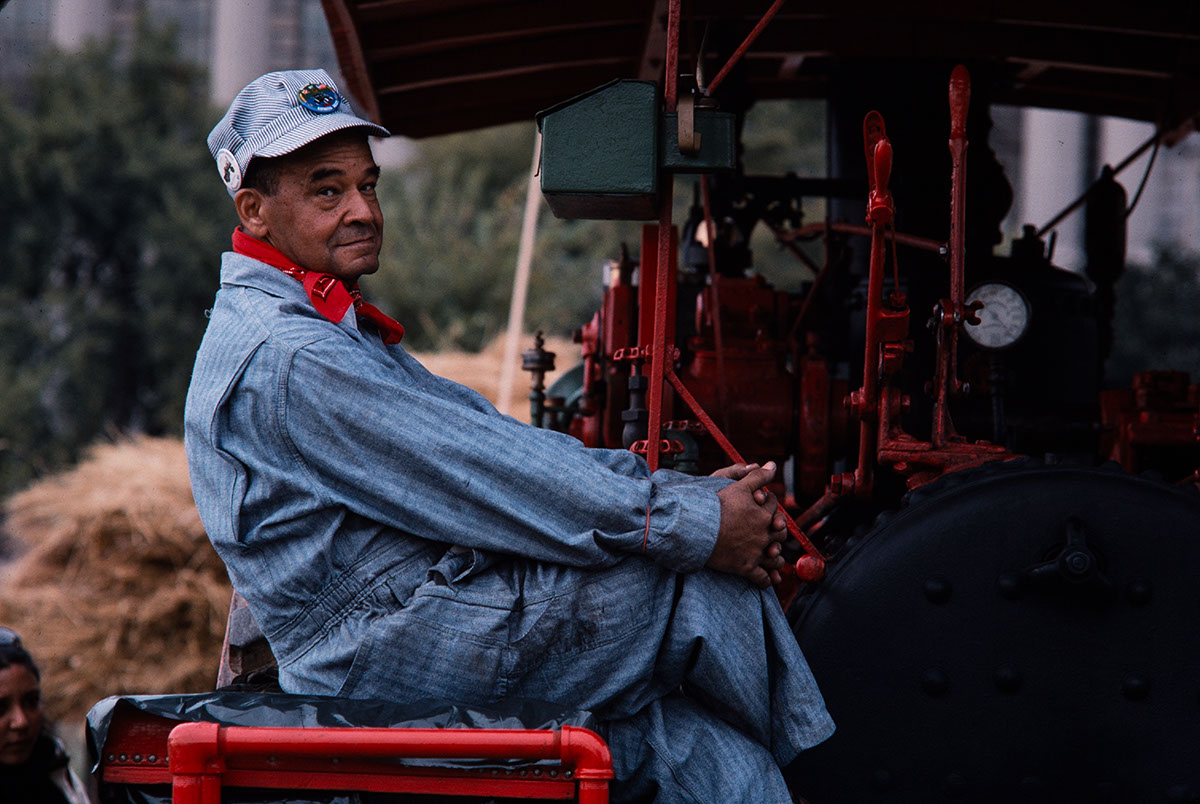 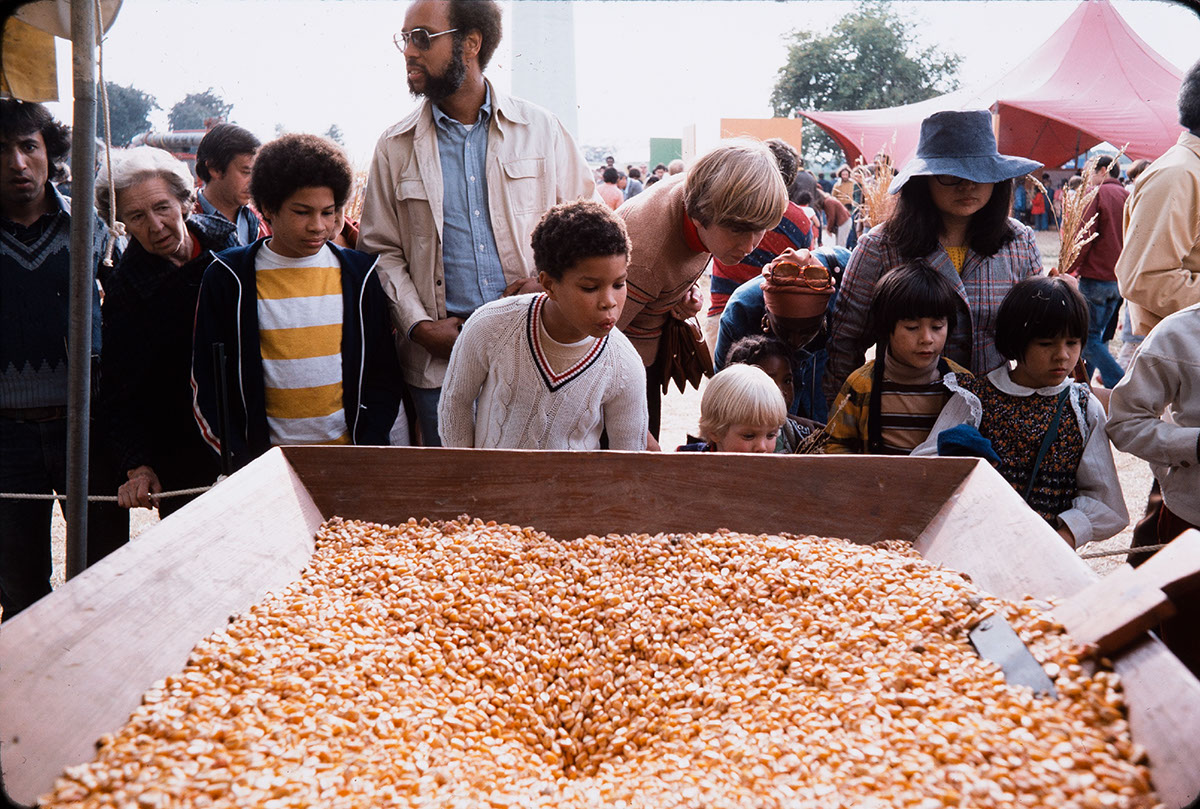 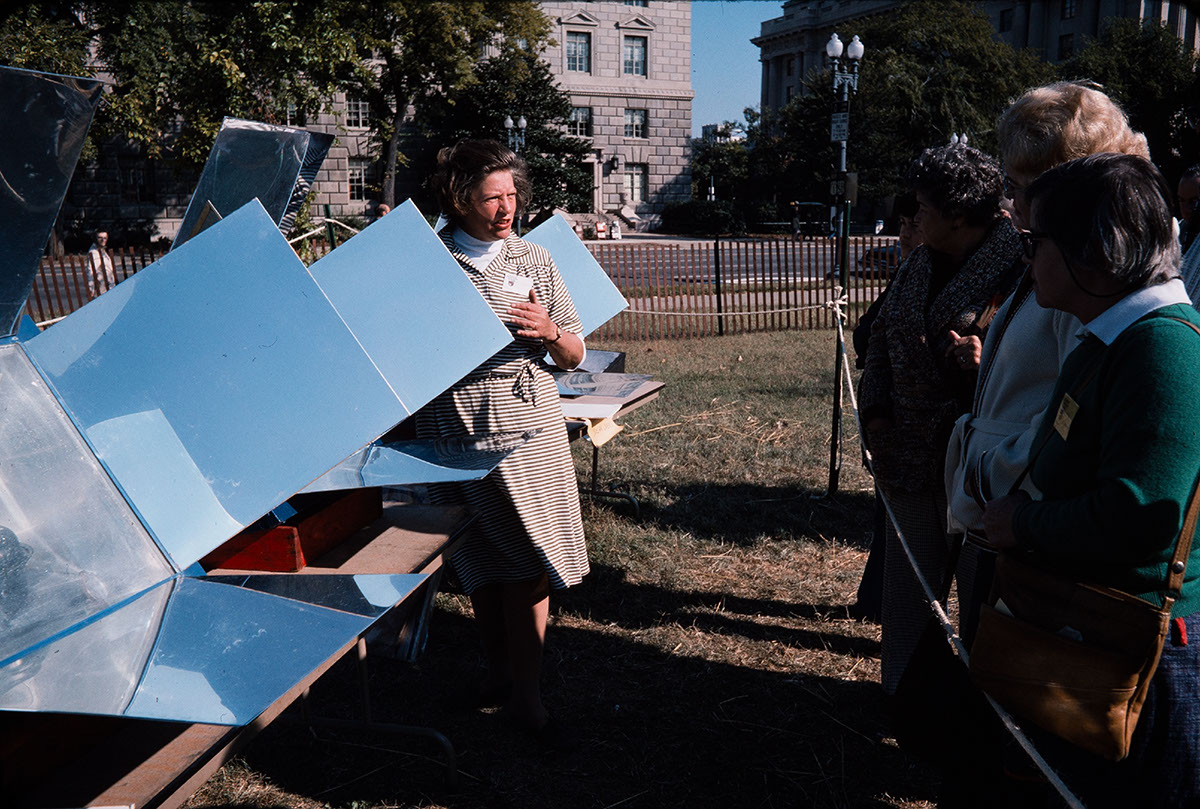 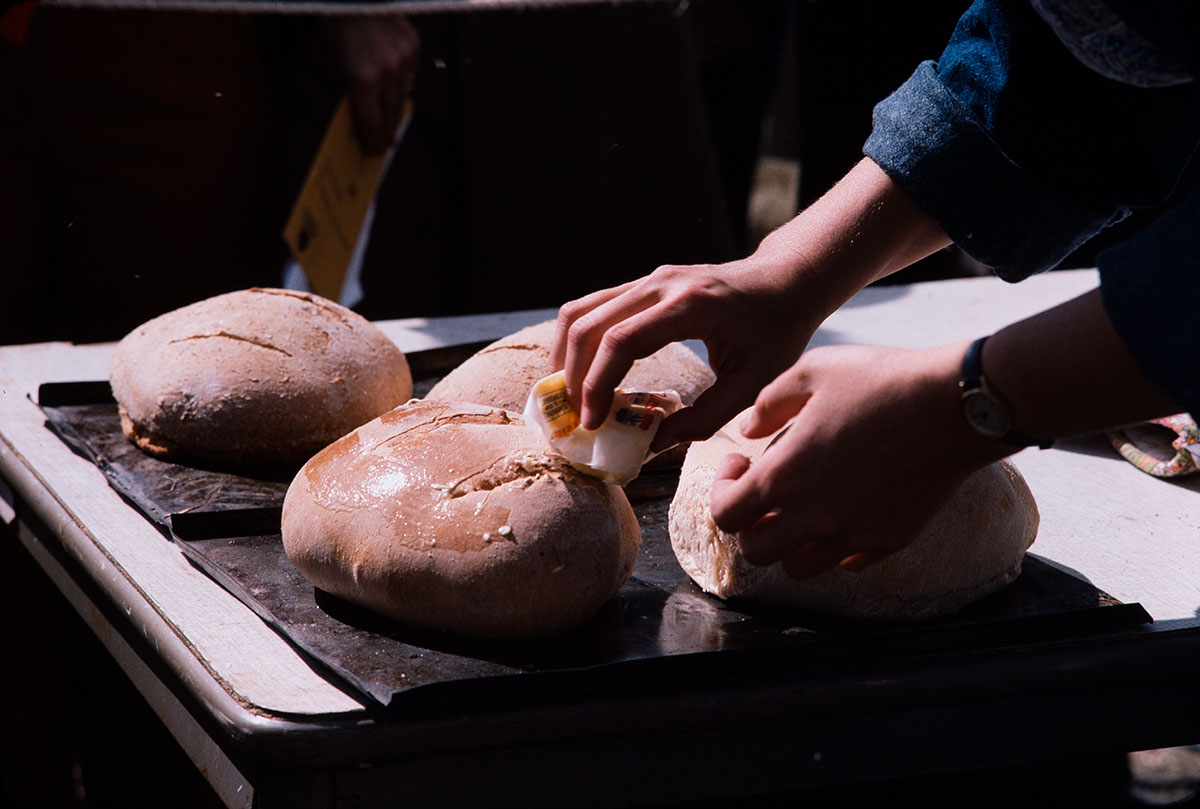 This presentation, developed by folklorists and historians of technology in conjunction with the Energy Research and Development Administration, focused on energy use. In the first year of what became a four-year sequence (1977-1980), traditional food production was examined in historical perspective from early Native American methods through colonial and emerging 19th-century mechanization to contemporary practices - with a glance into future possibilities.

A folklorist and aerospace engineer sought out the Pennsylvania Amish farmer depicted on the program book cover, who used his old-style, horse-drawn reaper to harvest the three acres of wheat purchased for processing at this Festival. Most farmers now use a combine that simultaneously reaps, threshes, separates, and bales the stripped stalks as straw. At the Festival, the very wheat pictured on the program book was threshed, flailed, ground, and finally used in the hand-shaped loaves that were baked in a brick oven - and tasted by Festival visitors.