Folklife in the Museum: A Nation of Nations 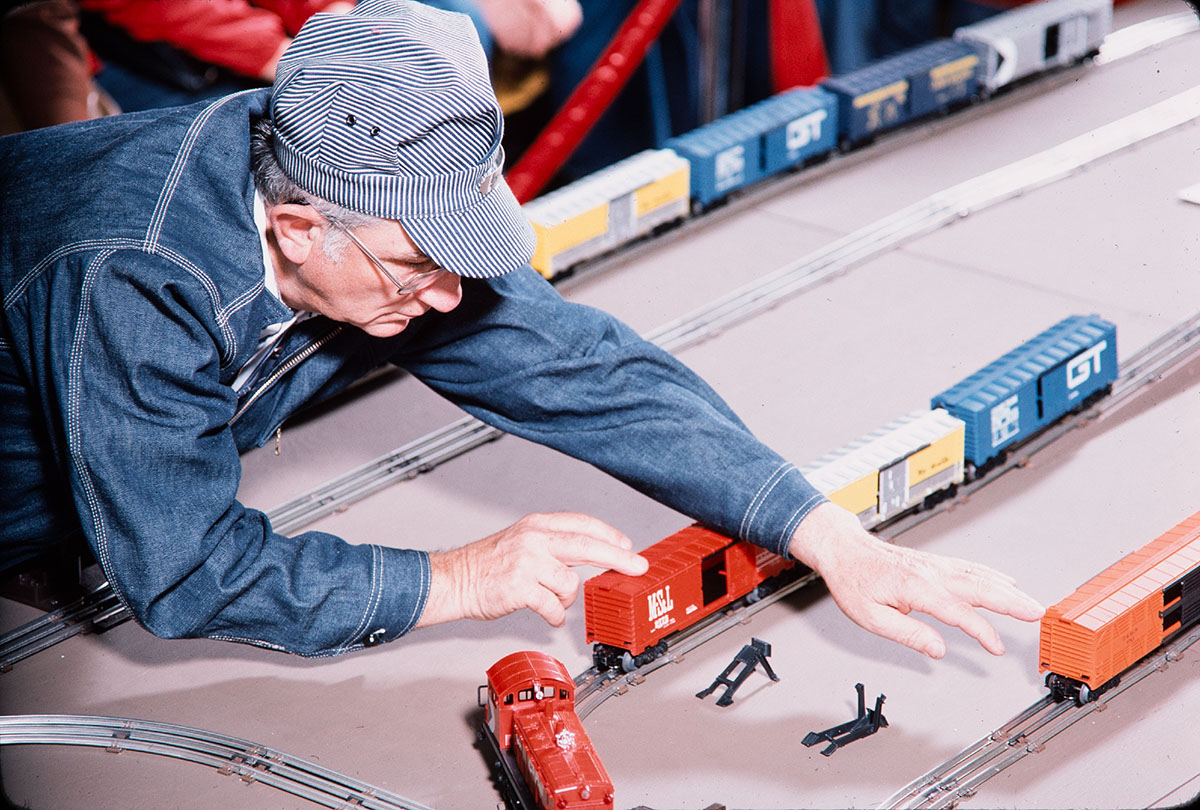 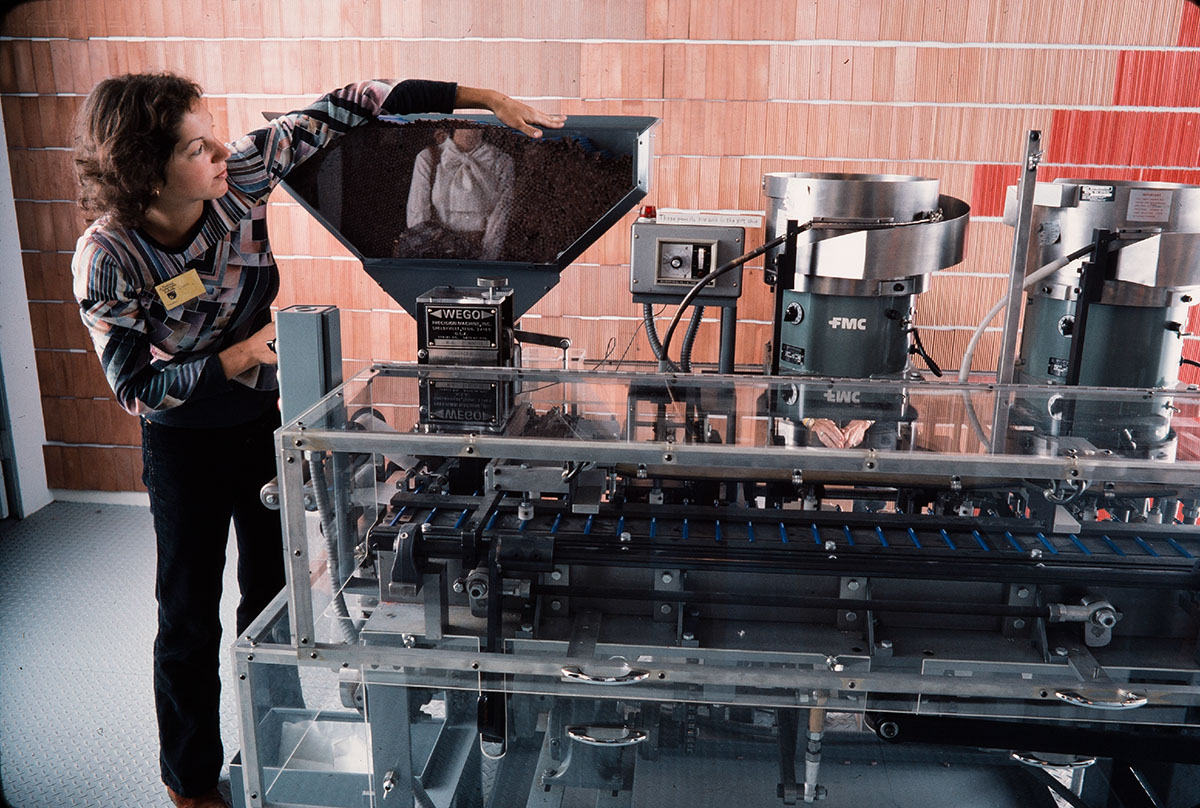 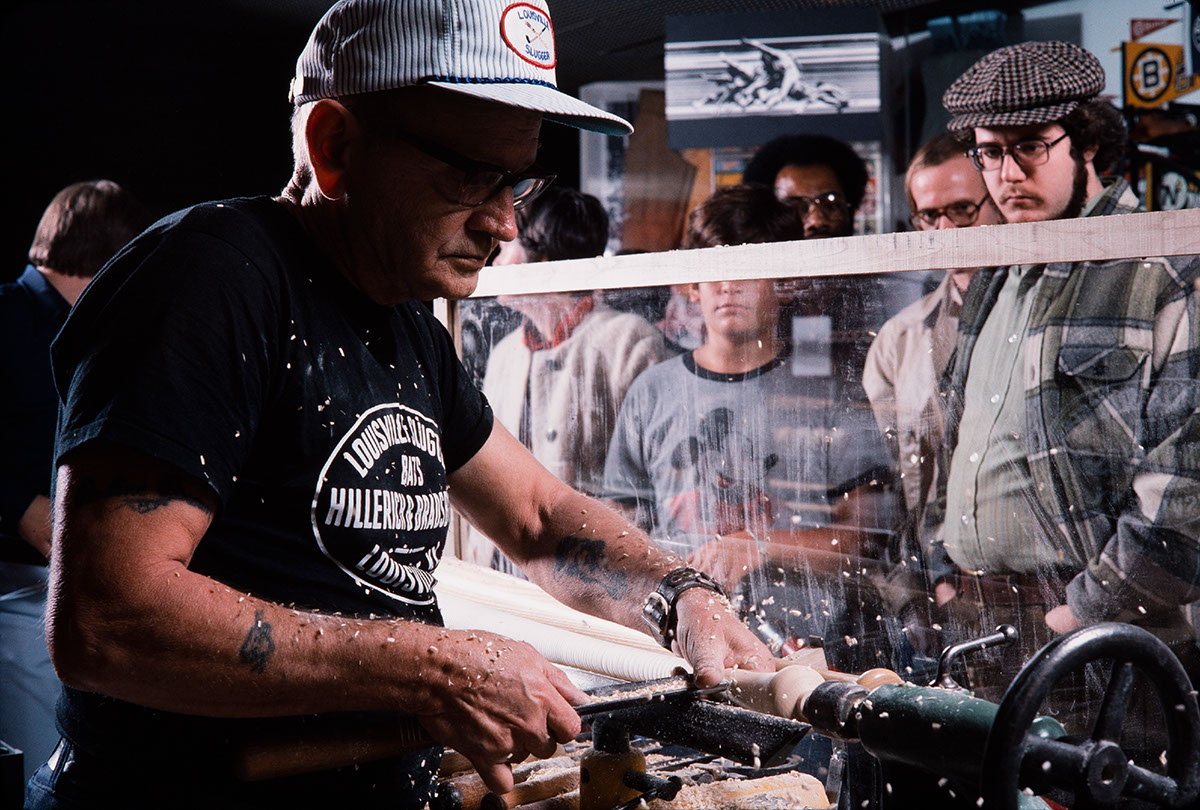 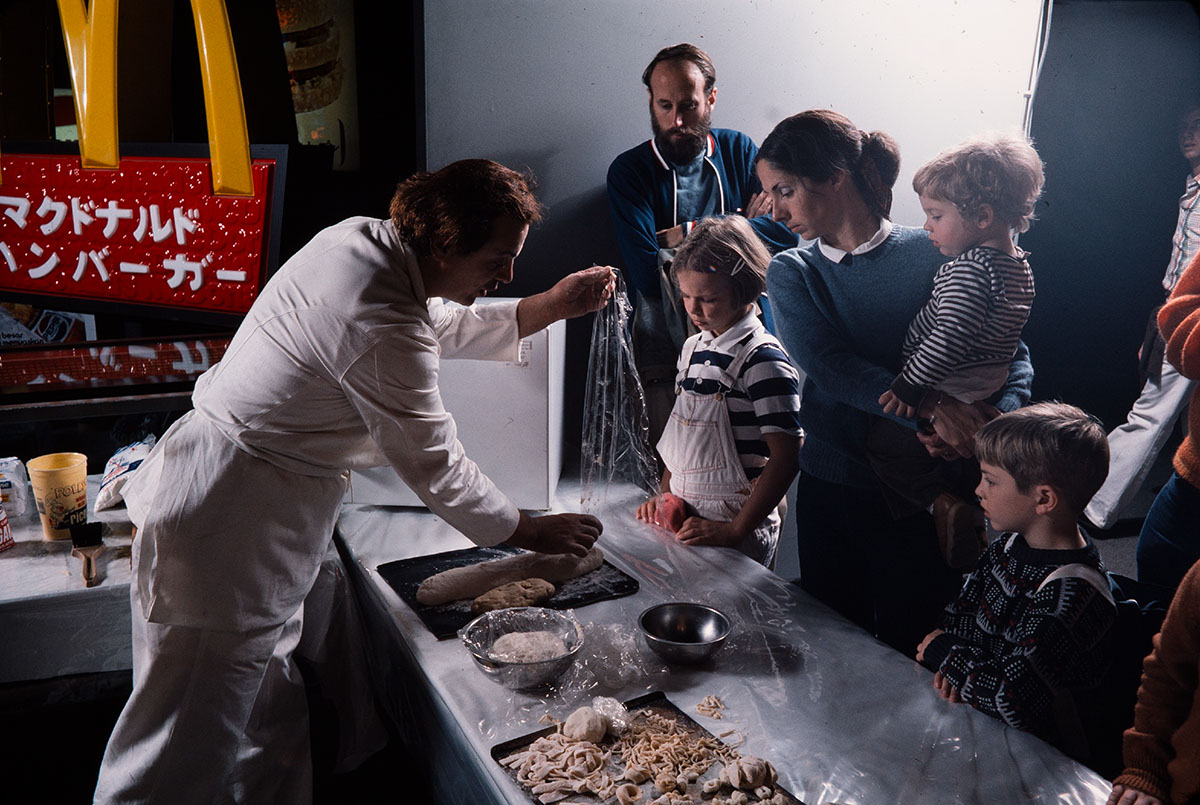 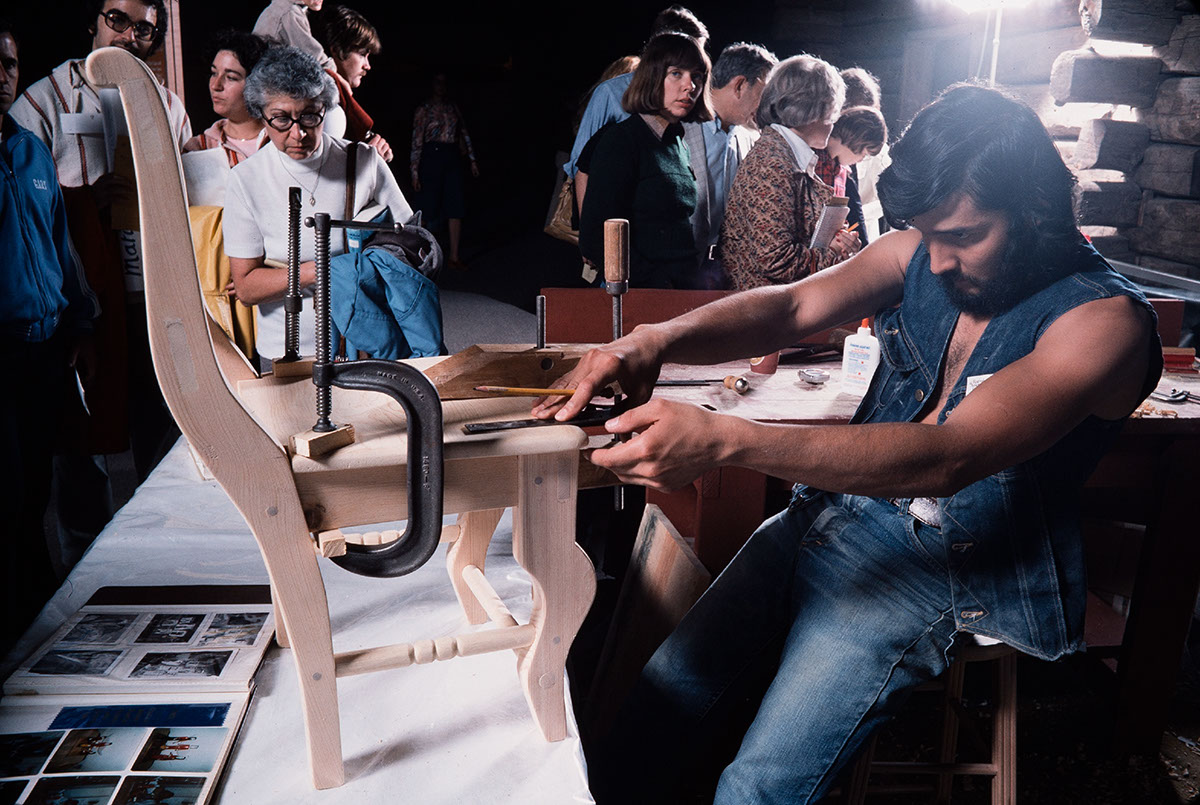 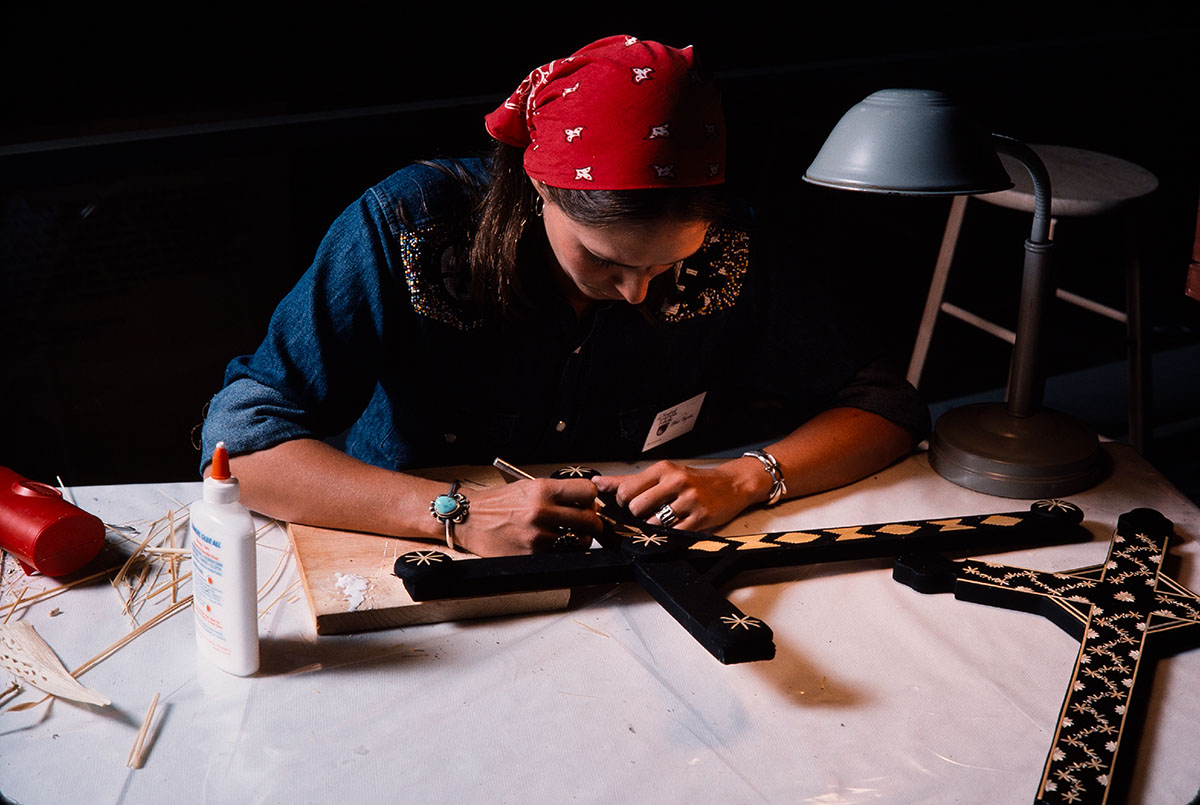 A Nation of Nations was the largest single exhibition ever mounted in the National Museum of History and Technology. It took a mighty exhibit to express a mighty theme. A Nation of Nations, opened in 1976 as part of the Smithsonian's Bicentennial celebrations, showed how various people the world over came to America, what they brought with them, how experiences in the new land shaped their traditional material culture, and how objects and machines that they made here helped them cope with their new environment and express their values.

The objects, accompanying signs, and text panels of the exhibition conveyed information and evoked for visitors recollections of their personal experiences in America. Another effect, almost a cultural drama, could be achieved when people participated in a "living" exhibit combining artifacts and demonstrations. In this way folklife - lore and behavior - could be presented side by side with physical objects to enrich the exhibit. During the Folklife Festival, participants gave demonstrations and narrations in several areas of A Nation of Nations to create this kind of living, personalized exhibit. Presentations were co-organized by the Folklife Program and curators of A Nation of Nations; the Hispanic crafts component was also coorganized by the Department of Cultural History.

Hispanic crafts (saddle making, furniture crafting, straw inlay) The featured artisans were located near displays of historical artifacts to which they related. The relationship between historical artifacts and contemporary crafts was often obvious on the visual level: in size, color, material, and style. Other relationships, such as manufacture and usage, needed some explanation. And so artisans were selected to demonstrate their traditional crafts.

Dunham School lore program The meticulously replicated classroom from Cleveland, Ohio, was brought to life again by former pupils and teachers who regaled visitors with anecdotes of school activities - the games and tricks as well as serious academic achievements. To complement the Dunham School folk and provide an intergenerational exchange of public-school experiences, a group of contemporary Washington, D.C., schoolchildren also participated in the exhibit.

Ellis Island/Immigrant Lore Adjacent to a wooden bench from Ellis Island on which newly-arrived immigrants would await their admission to the U.S., workshops on oral history took place, with immigrants and retired immigration inspectors discussing life in the Old Country, the journey to America, experiences at Ellis Island, and the immigrants' life in America.

Pencil making Narratives and explanations of a veteran of the pencil-making industry revealed his esoteric work conditions while supplying a cultural context for the pencil-making machine on exhibit, humanizing it in the process.

Baseball bat turning To enliven the exhibition's focus on American sports, a worker from Hillerich and Bradsby deftly hand-turned a "blank" to fashion the Johnny Bench personal model Louisville Slugger®, lending immediacy and actuality to the physical memorabilia.