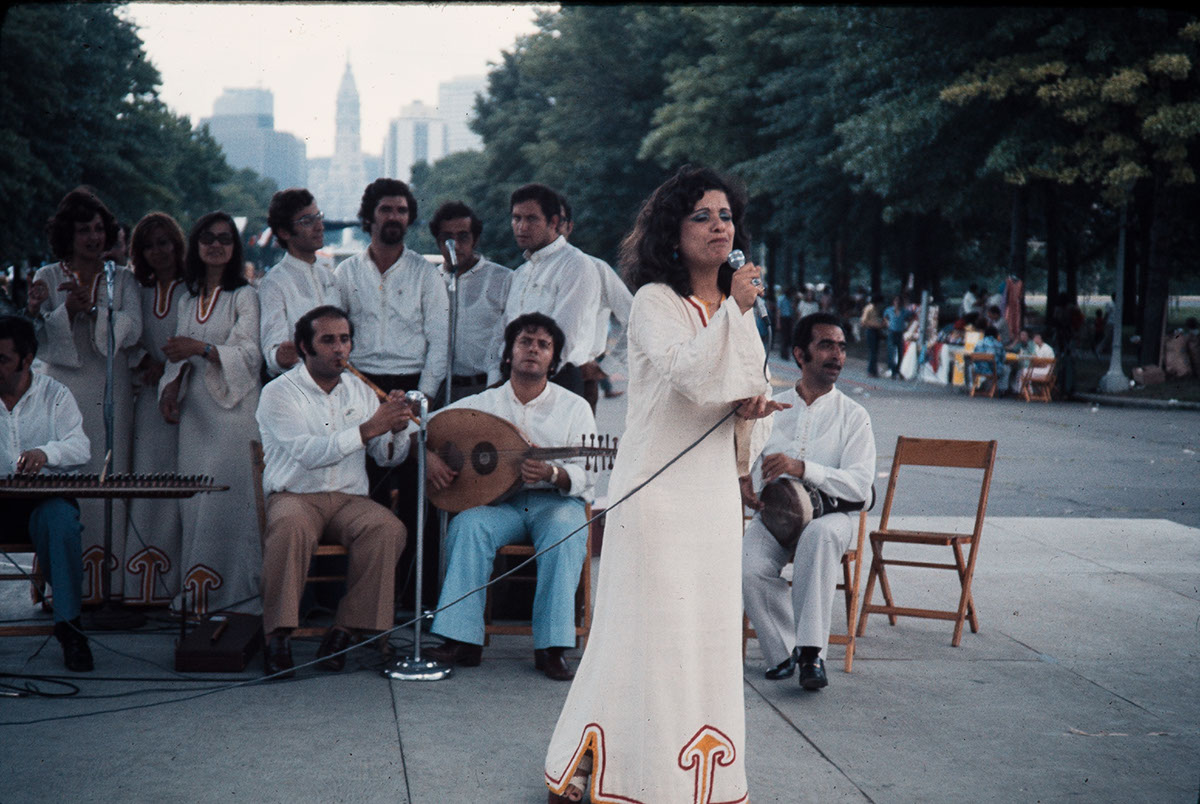 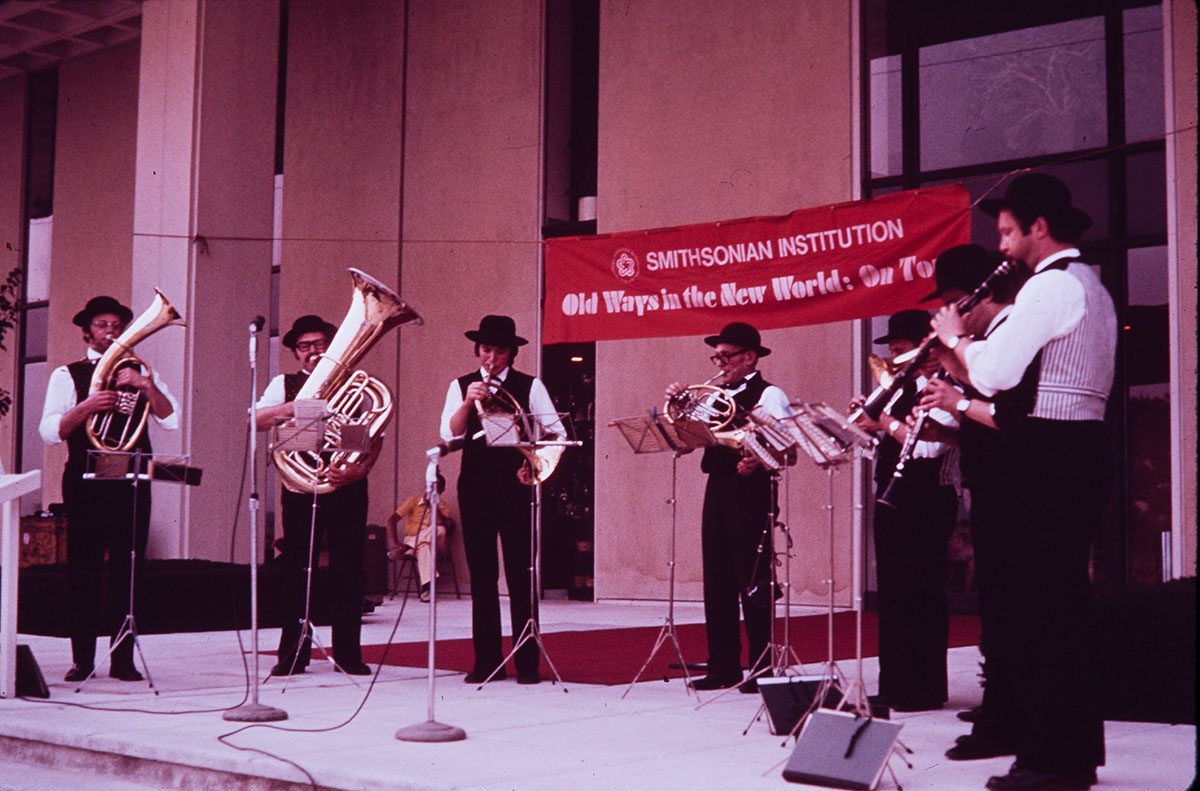 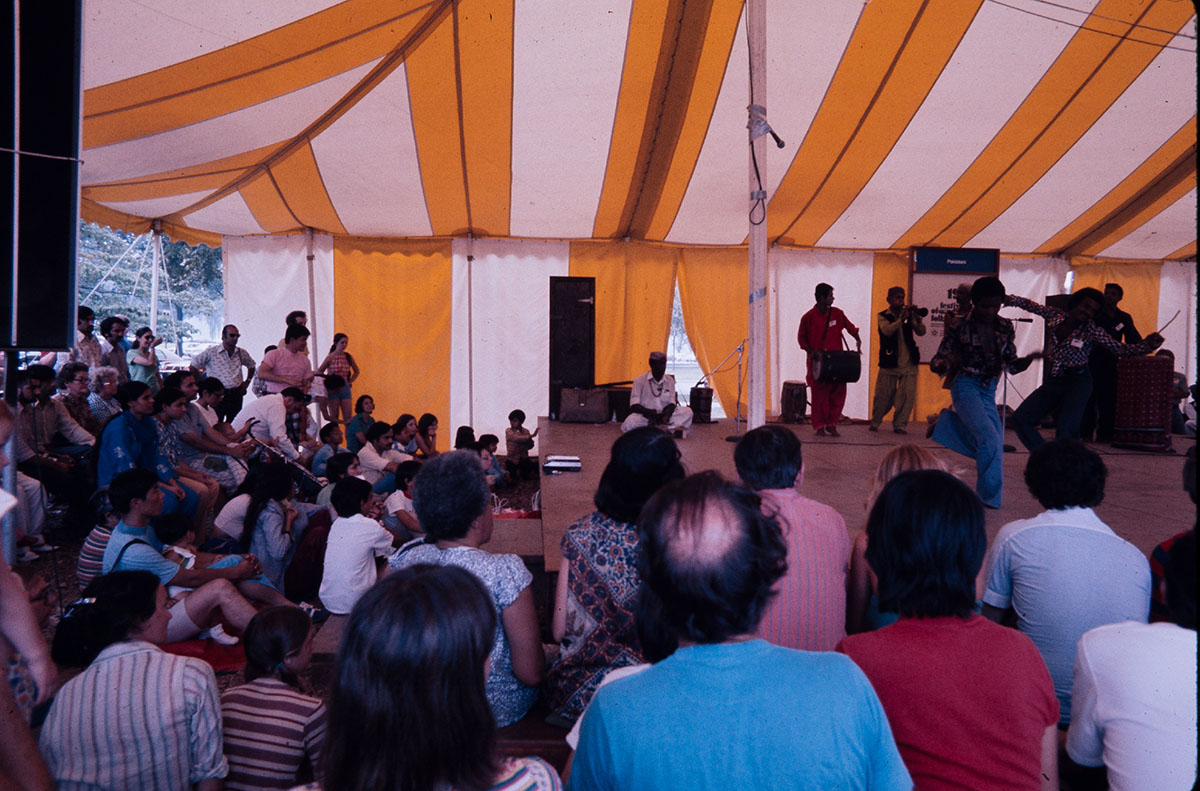 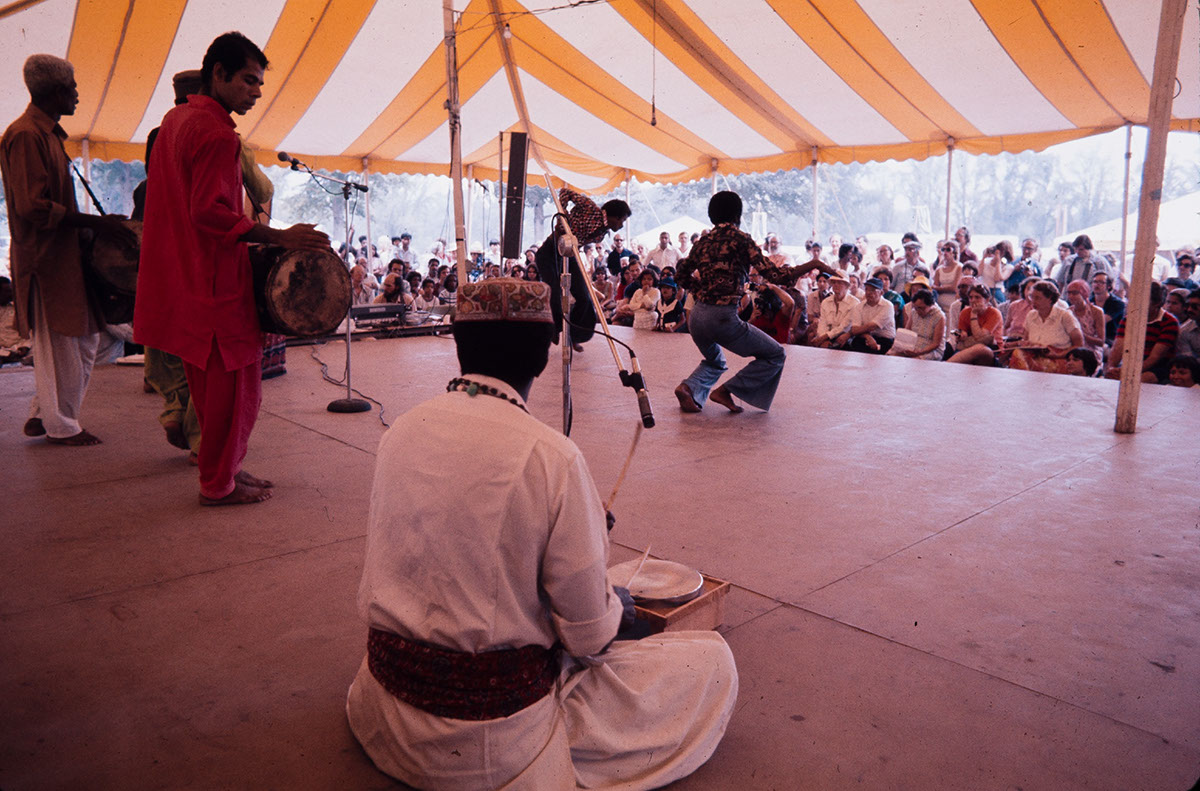 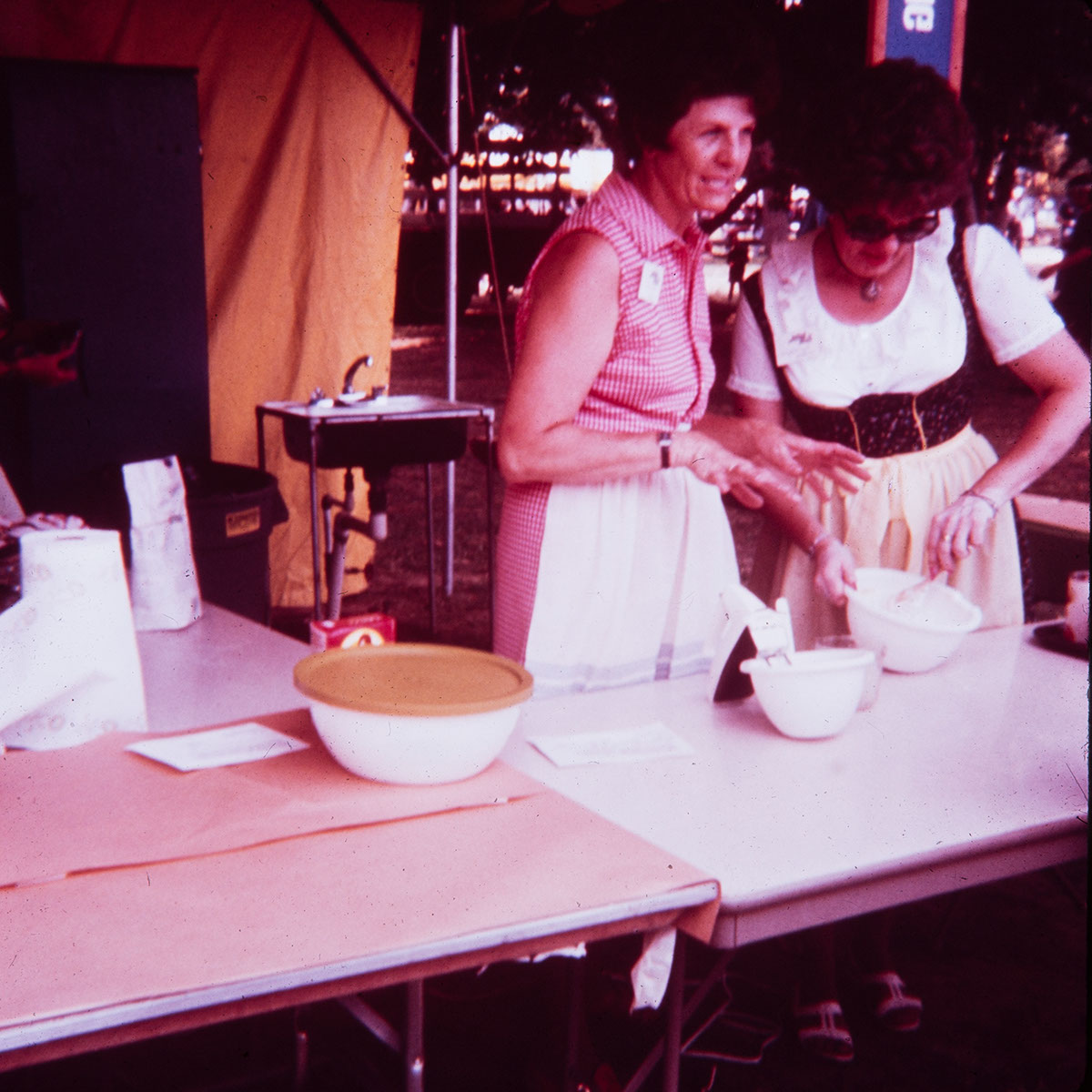 In the 1970s, more than 90 percent of all Americans recognized themselves as heirs to cultural traditions brought to this country from other parts of the world. The 1975 Old Ways program featured six of the many ethnic groups that have enriched the American mosaic of culture. In the Bicentennial celebration in 1976, more than 30 were expected to participate.

The central theme of the 1975 presentations was celebration. Individuals and groups who serve their communities through singing, dancing, playing music, telling stories, or preparing food for these gatherings were brought to the Festival from ethnic communities in the United States and from their parent nations overseas. The 1975 presentations featured German and Lebanese traditions (June 25-29), and Japanese, Mexican, and Italian traditions (July 2-6).

The German presentation focused on the music, dance and foodways associated with weddings - a celebration that involves whole communities in customs that have been practiced for hundreds of years. German American musicians played traditional wedding music on a combination of instruments: a hammered dulcimer, accordion, trombone, and bass guitar. Other wedding music was performed by a German American brass band from Wisconsin and another from Texas. From Schleswig-Holstein a sixpiece band performed wedding dance music, and Bavarian wedding music was played by three musicians from Munich. A brass band and dancers from Baden-Wurtemburg performed wedding music from their region, and wedding foods were demonstrated.

The Lebanese program reflected the diversity of traditional music and dance, urban and village, sacred and secular. An urban cabaret orchestra from Beirut was joined by another from the United States. Each day's activities portrayed a haflah, or Lebanese party with music, song, food, and dance. Dancers from Marjayoun and Mtein, Lebanon, and Springfield, Massachusetts taught Festival visitors the dabke and other village group dances, and the sacred dimension of Lebanese music was shown by vocalists singing choral songs sacred to Lebanese Christians.

A Natsu Matsuri, or summer festival, provided the frame within which Japanese music, dance, crafts and foods were presented. Japanese Americans from communities in Seabrook, New Jersey, New York, Philadelphia, Chicago, and Washington, D.C., together with folk artists from Tokyo and Mihara, a small seacoast city in Hiroshima Prefecture, created festive celebrations daily, culminating in a major Bon Odori in the Plaza on July 5. Crafts related to festivities such as flower arranging and origami were demonstrated, as were calligraphy, kimono- making, cushion-making and kite-making.

In the Italian area, Italian Americans from neighborhoods in the New York metropolitan area joined counterpart participants from Italy in activities traditionally associated with saint's day celebrations, scampagnate, carnivale and other special occasions. Music was of special importance in these presentations, as it has been in the immigration experience. Visitors also heard the cries of street vendors and the sounds of tambourines, bagpipes, scrapers and accordions, instruments native to many regions of Italy. They enjoyed a Sicilian American marionette show and watched and played Italian games.

Mexicans and Mexican Americans shared the stage the second week of the Festival in a program that attempted to trace the roots of those music traditions most popular among Mexican Americans in the United States. Visitors could compare the styles of the mariachi music that now thrives in Mexico and in the United States. The norteño style, a lively, rustic sound that flourished in Texas and spread through parts of the Southwest, was performed by Mexican American musicians and dancers. An ensemble of five performers from southern Veracruz played the harp-dominated jarocho music and executed the complex footwork of the dances.

"Human beings are movers and wanderers. Spanning oceans, crossing continents, they search always for that better place to be. And as they go, they carry with ...

The World Family of Stringed Instruments

Students of music as well as Festival visitors have the opportunity to hear a number of the world's musical instruments performed here, many of which will be ...

Old Ways in the New World: On Tour

Following their participation in the Festival in Washington, performers from eight foreign countries are scheduled to tour to 40 cities across the United States