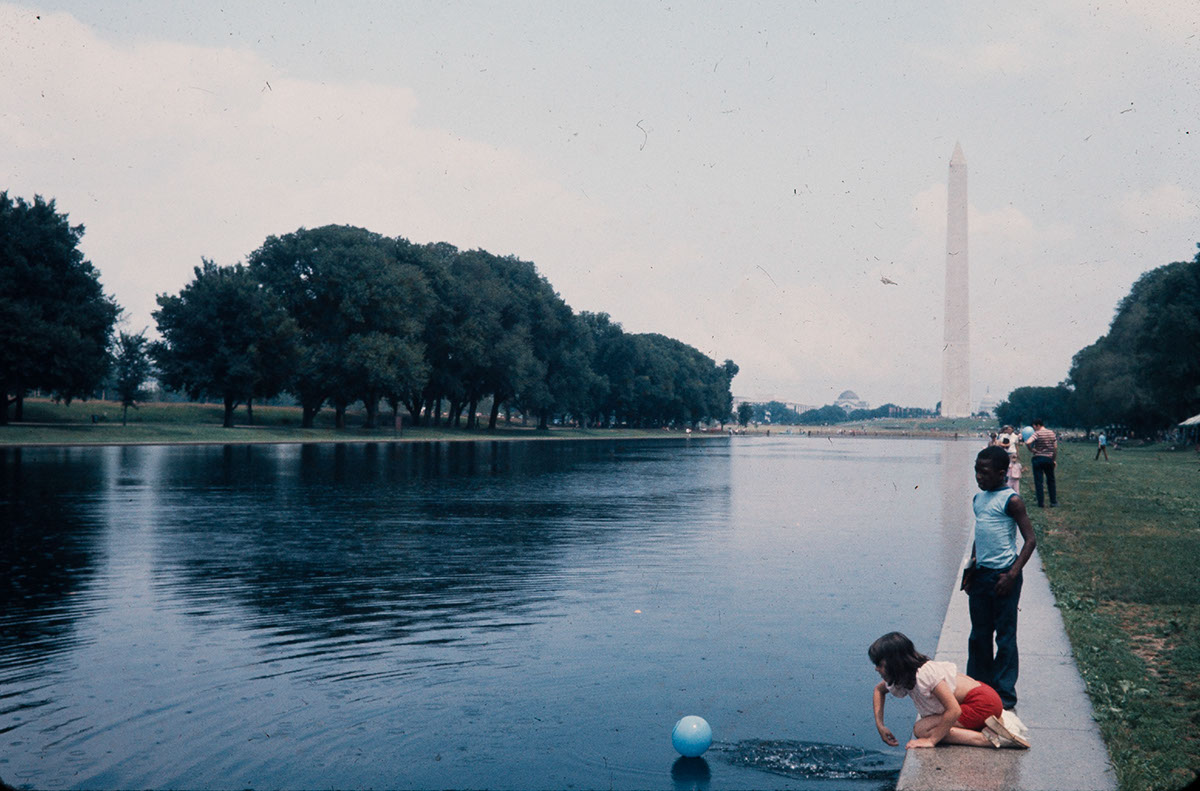 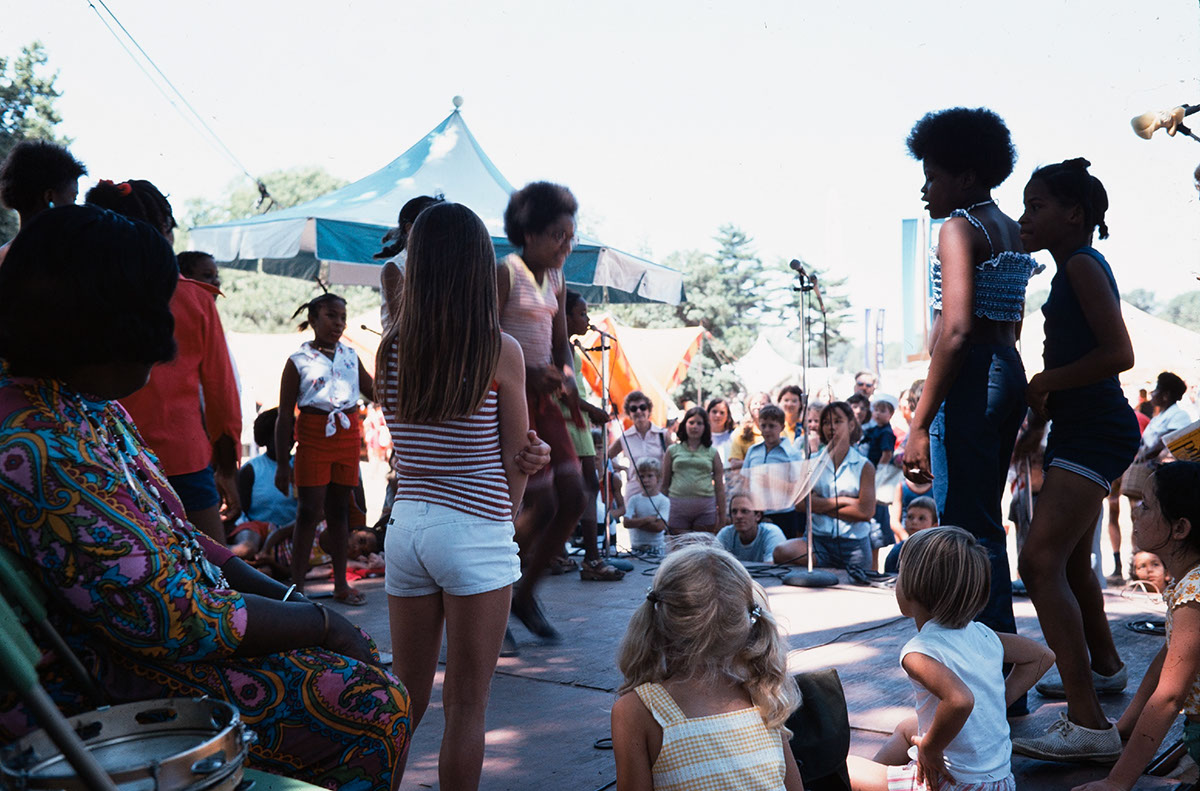 The Children's Program was created to celebrate children's folklife - those things that childrenteach each other and pass from one generation to the next through friends and siblings. Some of these traditions are hundreds of years old, while others are fairly recent and spreading actively.

To demonstrate children's folklife, young participants were selected in cooperation with schools, scout troops, and camps from the District of Columbia, Maryland, and Virginia. Festival visitors were invited to join participants in presentations in the crafts tent, game ring, hill and sand area, and around the stage.

The program was coordinated by Kate Rinzler, assisted by Barbara Melnicove.

The children's area was created to celebrate children's folklife--those things that children teach each other and pass from one generation to the next through ...