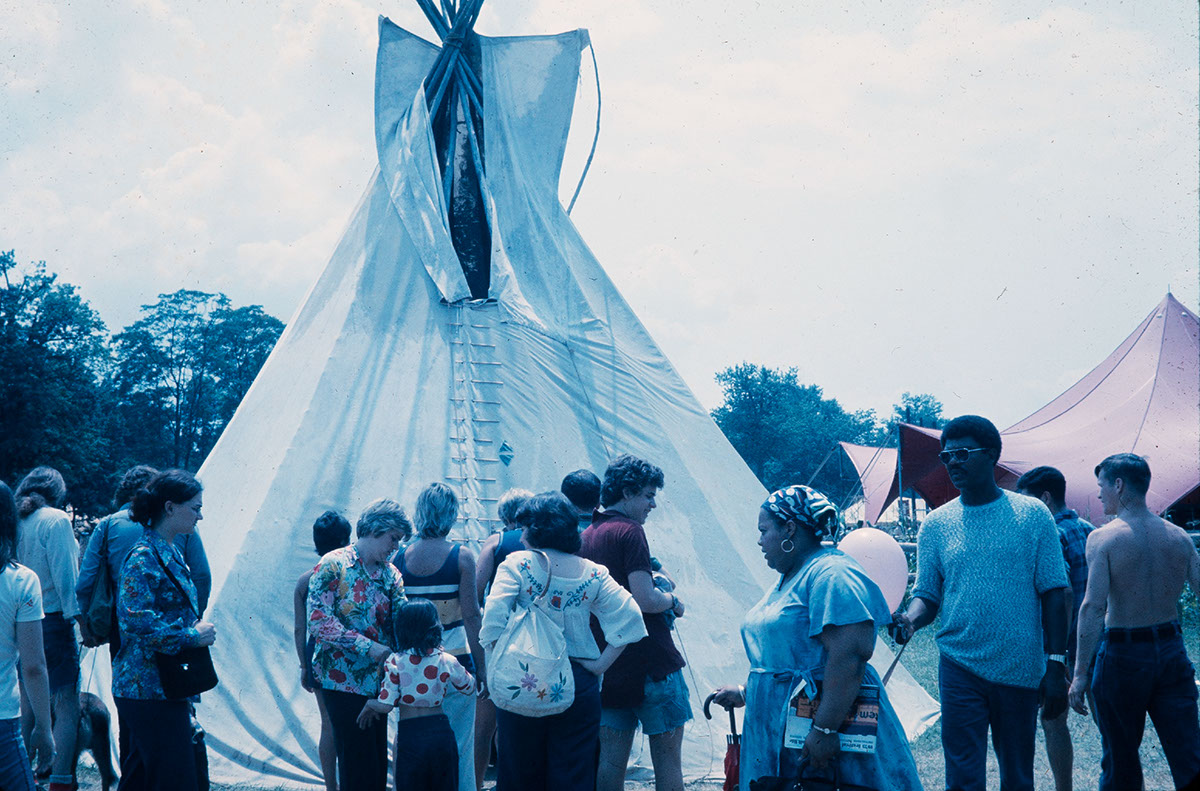 The focus for the 1975 Native Americans program was the Six Nations of the Iroquois Confederacy: the Mohawk, Cayuga, Oneida, Onondaga, Seneca, and Tuscarora, tribal groups whose government had been in effect for hundreds of years and served as a model for our federal system. The Grand Council of the Iroquois Confederacy directly influenced the creation of the Articles of Confederation and the Constitution of the U.S. Never before had the Native American Festival presentation been so closely interrelated to American history.

The Grand Council was discussed in workshops in the Learning Center where a history in photographs was on display. Members of the Iroquois are a major force in the lacrosse industry - from creating sticks to providing the athletes. Lacrosse was played in competition in the Native Americans area daily, and lacrosse stick making was part of the craft demonstrations along with silversmithing, wood and bone carving, basketry, and beadwork. Iroquois singing and dancing took place daily. Friday evenings, visitors were invited to participate in social dancing. The friendship dance, round dance, rabbit dance and stomp dance were demonstrated.

Native American food that was demonstrated and sampled included fry bread, corn and sassafras tea. Festival presentations traced the role of maize from crop through harvest; from food preparation in soups and breads, to the use of husks by craftspeople in toys, dolls and ceremonial masks.

In the Learning Center participants from various other Eastern Indian tribes recounted their influence on European settlers, beginning in 1620 when the Wampanoag tribe welcomed the Pilgrims (greeting them in English), provided food for them during the first difficult winter on the New England coast, and then shared the first Thanksgiving. Narragansett representatives spoke about the architectural contributions and history of their people. The Passamaquoddy from Maine, known for their intricate quill work and importance to the early settlers as trappers and fishers, also discussed their role in American history.

Never before has the Native American Festival presentation been so closely interrelated to American history. The focus for the 1975 presentations is the Six ...