In early 1967, a romantic ballad, “Tell It Like It Is,” passionately sung by Aaron Neville, climbed to number one on the rhythm and blues charts. “Tell It like It Is” did not comment upon any of the roiling civil rights issues of the time. Yet, the trajectory of this popular song tells us many things about the complex relationships and social processes that have shaped the creation, promotion, consumption, and ongoing vibrancy of rhythm and blues. The popularity of this song and its interpretations by artists as diverse as Otis Redding, Andy Williams, Freddy Fender, the Dirty Dozen Band, and Heart, tell a story of resilience and resistance. It reflects how the music of an historically marginalized population came to exert a powerful influence on American popular culture. 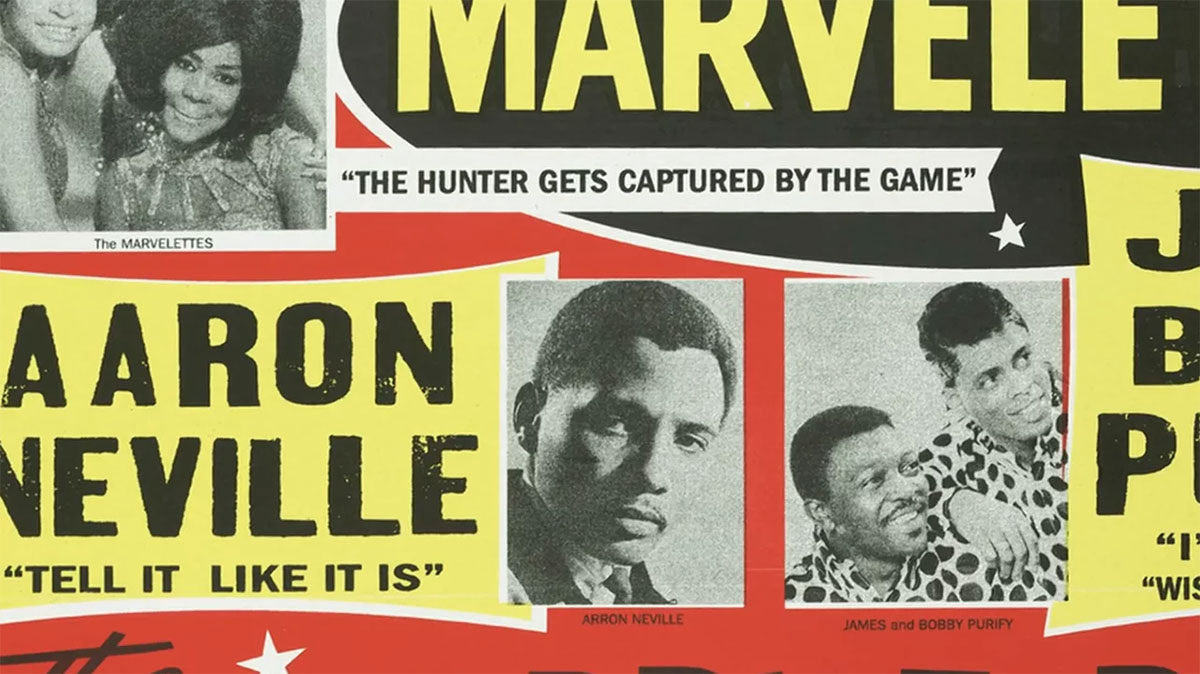 Drawing from the deep tributaries of African American expressive culture, rhythm and blues is an amalgam of jump blues, big band swing, gospel, boogie, and blues that was initially developed during a thirty-year period that bridges the era of legally sanctioned racial segregation, involvement in three wars, and the struggle for civil rights.

While the term “rhythm and blues” was first applied as a marketing category by Billboard magazine in 1949, the music itself was created through the interplay among performing artists, songwriters, arrangers, producers, promoters, and devoted fans. Through conversations with those who have continued to work behind the scenes and with those performing in this program, Rhythm and Blues: Tell It Like It Is, reveals some of the social and cultural notes that have been played out through the decades.