Tell It Like It Is
A Wider World: Rhythm and Blues Record Labels 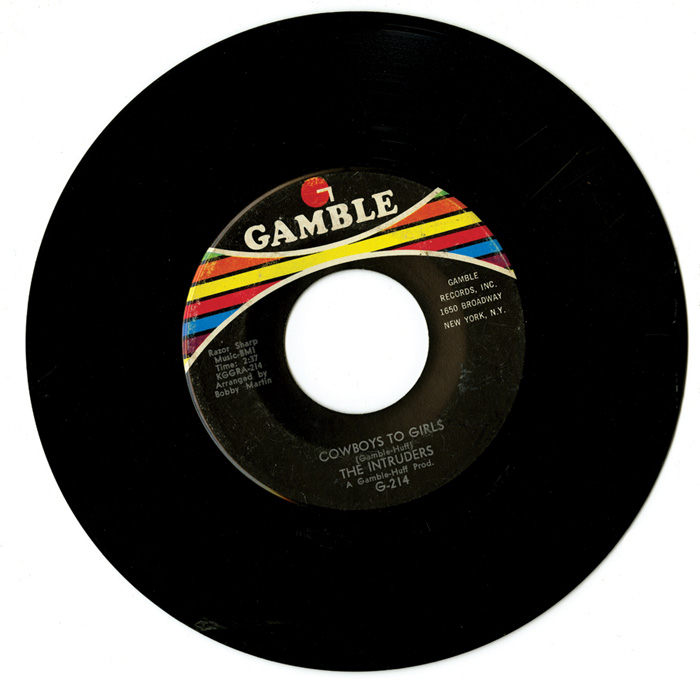 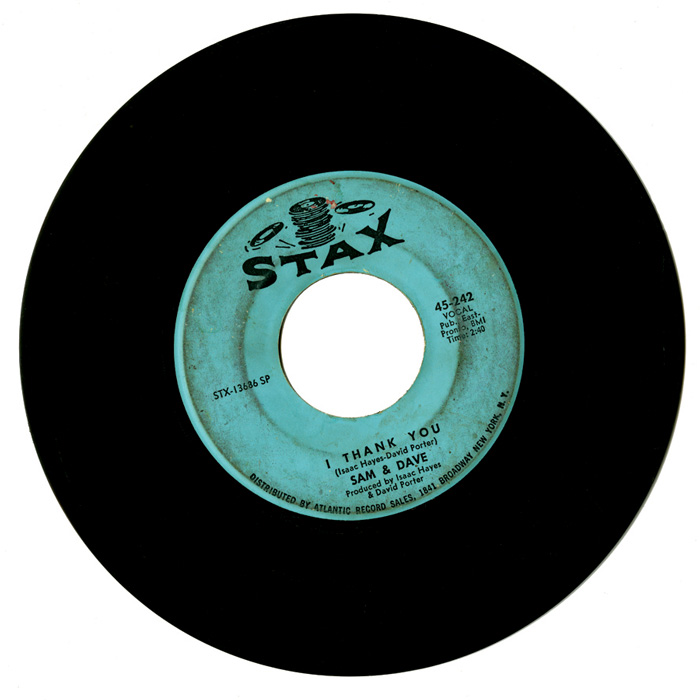 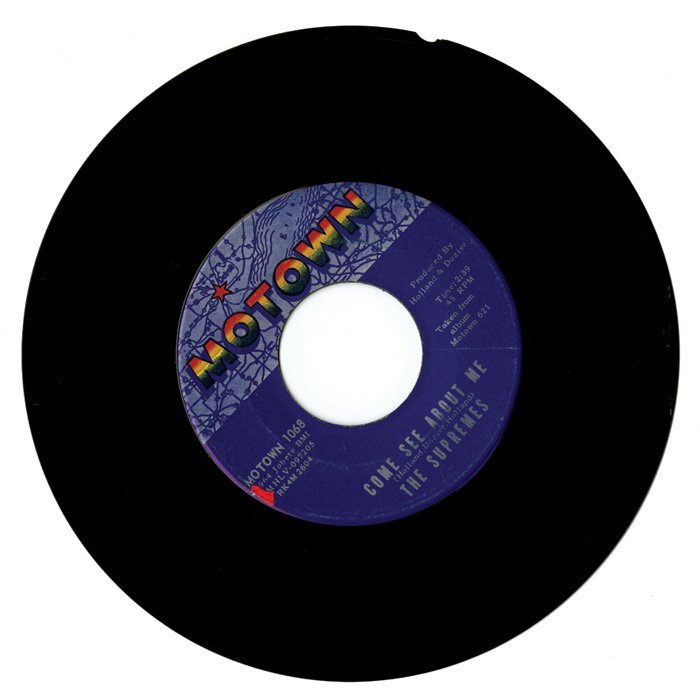 Songwriters and producers Kenneth Gamble and Leon Huff released their hit song “Cowboys to Girls,” performed by the Intruders on Gamble Records in 1968, just prior to establishing Philadelphia International Records.
Stax Records featured artists such as the highly successful vocal duo Sam and Dave, whose singing and performances reflected a strong gospel influence.
All records courtesy of Jeff Place.
Motown produced rhythm and blues artists with mainstream and international appeal such as the Supremes. The label’s desire to engage a broad market was captured in their slogan, “The Sound of Young America.”
All records courtesy of Jeff Place.

Motown Records was founded in 1959 by Detroit businessman and songwriter Berry Gordy. Motown produced music rooted in memorable melodies, with an incessant beat and backing string arrangements, all packaged for mainstream appeal. Working with talented songwriters and studio musicians known as the “Funk Brothers,” Motown became the first Black-owned label to compete with the major national labels and achieve groundbreaking international success with such artists as Mary Wells, the Miracles, Four Tops, Supremes, and Stevie Wonder.

Stax Records was founded in Memphis by White country fiddler James Stewart and his sister Estelle Axton. From the early 1960s, this racially integrated studio produced music that drew upon gospel, blues, and country. Noted for its impeccable rhythm and horn section, Stax initially featured a pared-down live quality on its recordings. Stax artists include Carla and Rufus Thomas, Booker T. and the MGs, Otis Redding, the Staple Singers, and Isaac Hayes. Through the marketing expertise of Al Bell, Stax reached a national and international audience by the late 1960s.

Philadelphia International Records (PIR) was founded in Pennsylvania in 1971 by Kenny Gamble and Leon Huff. Their music celebrated African American identity and consciousness. Through songs such as “Only the Strong Survive,” “Give the People What They Want,” “Wake Up Everybody,” and “Ain’t No Stopping Us Now,” PIR reminded listeners that while they celebrated, they should be mindful of past and ongoing social struggles. The sound of PIR incorporated elements from vocal harmony to jazz and lush string arrangements. Their studio orchestra, known as MFSB—Mothers, Fathers, Sisters, Brothers—exemplified the collaborative spirit of PIR.