Tell It Like It Is
Marketing the Music: Globe Posters 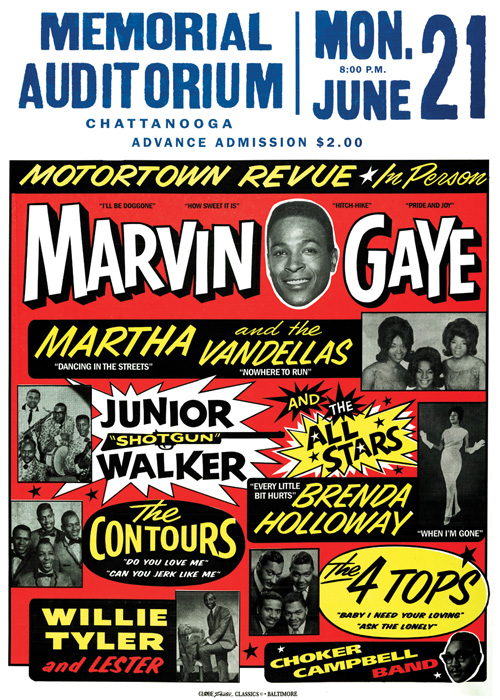 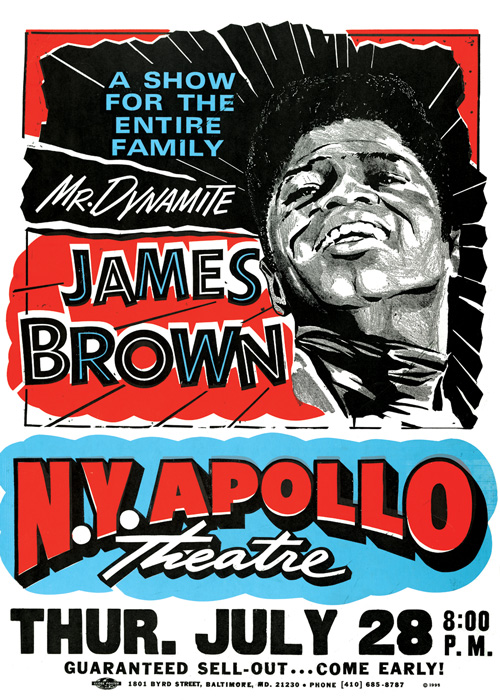 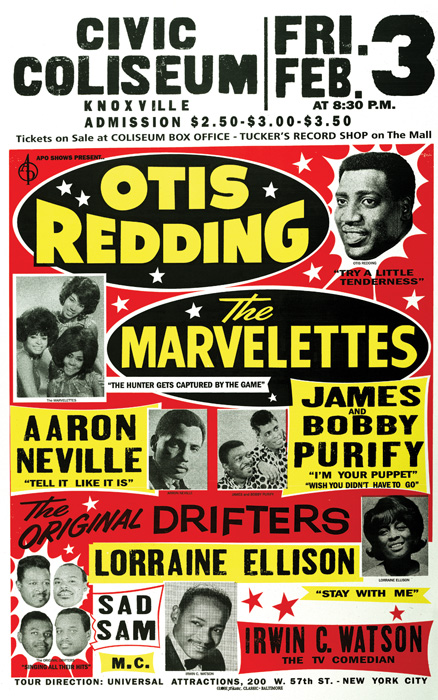 Globe posters created eye-catching designs with contrasting silk-screened backgrounds and hand-cut graphic elements using letterpress type. Their designs made each artist appear like a star no matter what their billing.
Used by headline acts such as James Brown, Globe posters were a prime marketing tool for rhythm and blues performers touring major venues such as the Apollo Theater in New York City.
Decades after the shows they promoted, Globe poster reprints were in demand as memorabilia, indicative of the lasting influence of the performers and their music. Posters courtesy of Globe Poster Printing

When touring, rhythm and blues groups promoted their events through the airwaves, newspapers, and on street lampposts with flashy, eye-catching posters. Globe Poster Printing of Baltimore, Maryland, was founded in 1929 to advertise just about everything—circuses, vaudeville shows, auto races, boxing, and wrestling matches. By the 1950s, rhythm and blues performances became the company’s mainstay, with performers and producers seeking them out for their distinct visual style and economical service. Using their letterpress wood type, silk screen, block printing, and DayGlo inks, Globe made posters that could be seen from a car going forty miles an hour. “They were loud and blaring,” co-owner Bob Cicero says. “When you’re going down the street and you look around, everything is white and gray and black and brown. Fluorescent is not normal—for anything. We didn't care how gaudy it looked or how outlandish it looked. As long as it caught your eye, you read it. ”

Bob Cicero’s father Joe started at the company in 1934 and bought Globe Poster Printing in 1974. It has been owned and operated by the Cicero family ever since. With Internet advertising and city restrictions on public postings, Globe’s business dwindled and the shop closed in 2010. The Maryland Institute College of Art has acquired much of Globe’s collection of letterpress wood type, printing cuts, and related materials and will use these as teaching resources to preserve the legacy of one of the country’s largest poster companies and a part of Baltimore’s culture.