Mambo Poa
Urban Life in Kenya
Khangas and Kofia
"A woman can't be happy until she has a thousand khangas." —Kenyan proverb

Kenyans have over a hundred uses for khangas (also spelled “kanga”), a popular type of brightly designed cotton cloth. Khangas appeared in East Africa in the mid-nineteenth century and have evolved continuously in both design and use, ranging from clothing to birdcage covers to gift wrap.

Characterized by a central design surrounded by a border of symbolic patterns and punctuated with Kiswahili phrases, khangas ultimately become well-used family heirlooms and keepsakes.

Another prominent article of dress throughout East Africa, especially in Kenya’s coastal region, is the kofia. Simply meaning “hat” in Kiswahili, these cylindrical caps are embroidered by hand with floral and geometric patterns. Muslim men wear kofia as part of everyday dress, and they are required to wear them during prayer. According to African Dress: Fashion, Agency, Performance (Bloomsbury 2013), Lamu artisans are known throughout the country for creating the best quality and most beautiful kofia.

Ahmed Mohamed Nongodha was born in 1955 and is a Bajun native from the town of Faza on Pate Island. During his early years at the madrassa in Faza, he became interested in making the hand-embroidered Islamic hat known as kofia. Currently, Ahmed lives and works on Lamu Island as the lead ticket clerk for the National Museums of Kenya – Lamu Museums.

Abdulhamid Muneeb Kaderdina was born in Kenya as a descendent of a lineage of Kaderdinas who have been involved in the khanga trade in East Africa since 1843. For his entire life, he has been involved in khanga design, production, and marketing at his family’s business, Kaderdina Hajee Essak Ltd., which has operated in the same building on Biashara Street in Mombasa for over a century.

Mohamed Hussein Abdulkader Kaderdina is a member of the Kaderdina khanga legacy. He is currently the director of the family company. While he now uses a computer in the design process, he is also fluent in the older methods of khanga design, which are done by hand. His khangas are notable for their bright colors, bold designs, and meaningful symbols that appear on the wide border, or pindo in Kiswahili. 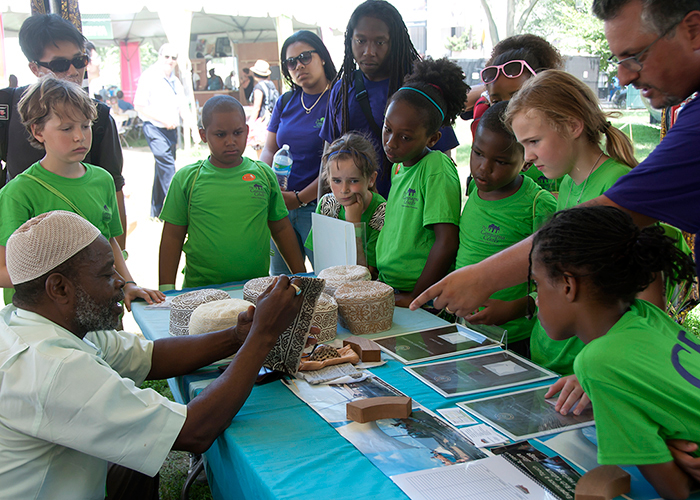 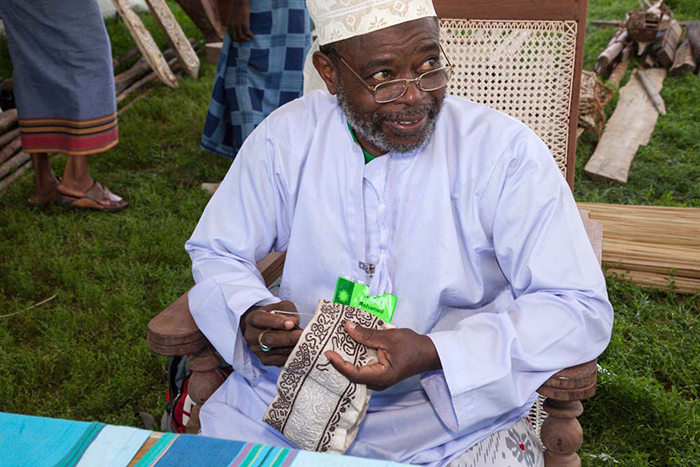 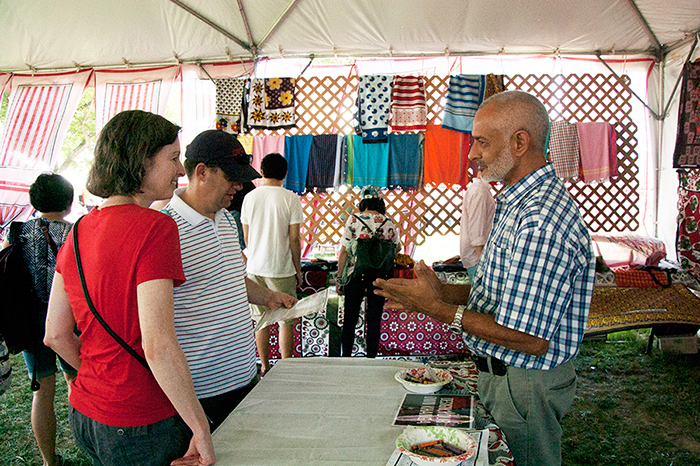 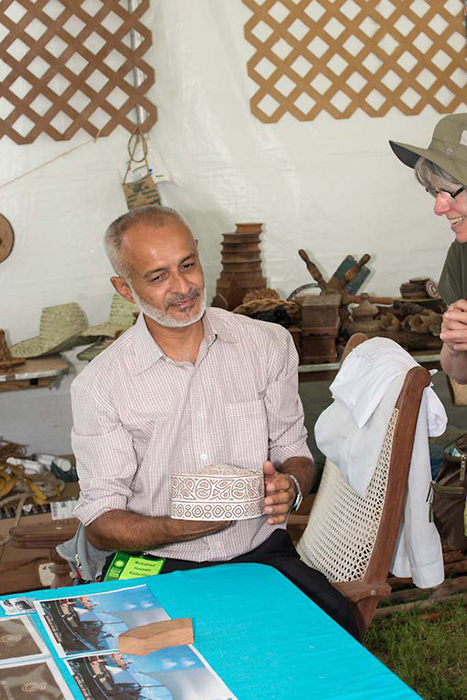 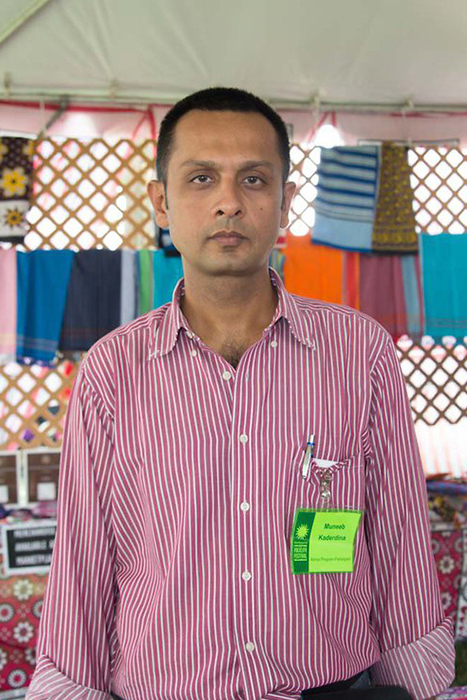 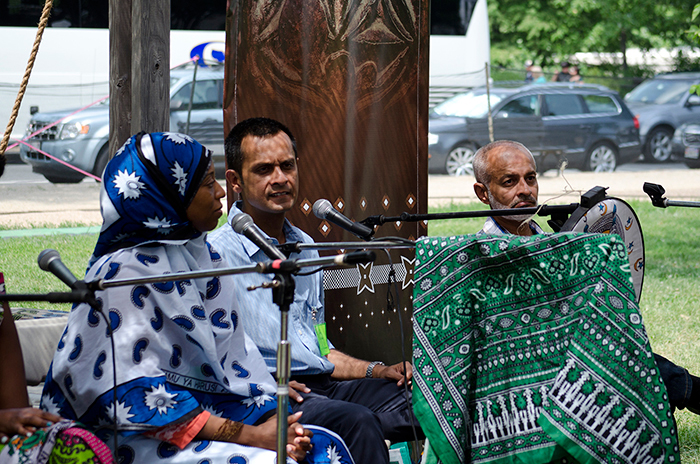 A Cloth of Many Meanings: The Khanga’s Role in Kenyan Culture
Join our email list for the latest news from the Smithsonian Center for Folklife and Cultural Heritage
Support the Folklife Festival, Smithsonian Folkways Recordings, sustainability projects, educational outreach, and more.
Support Folklife. Donate Now.