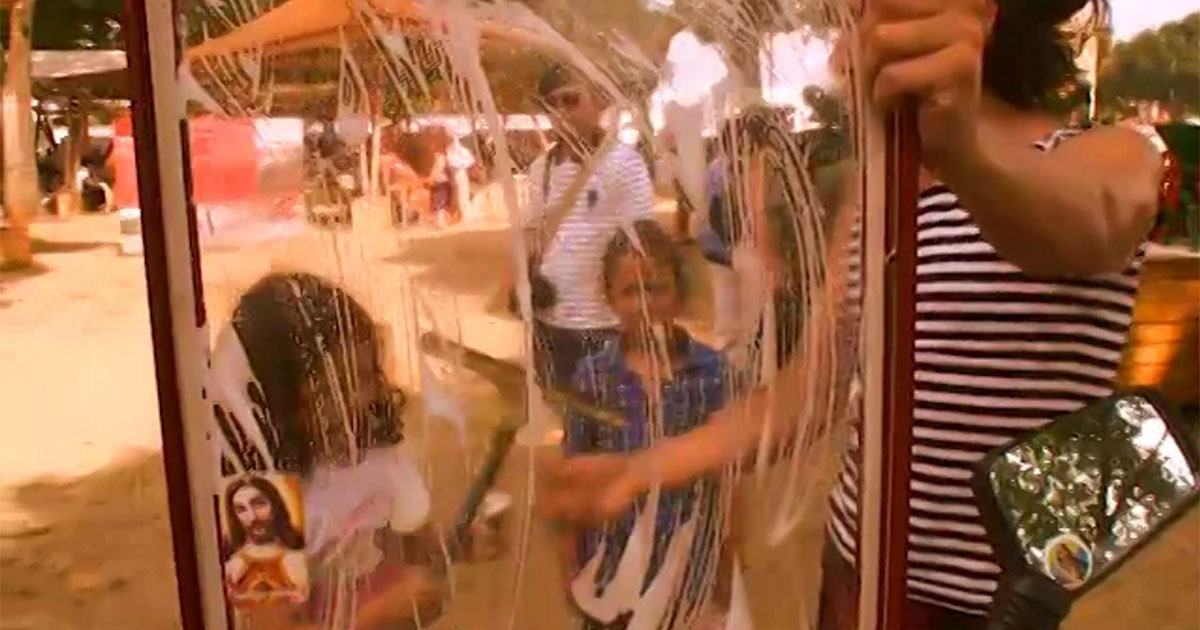 Many performances, such as sacred ceremonies, parades, processions, street theater, jugglers, and games are best presented in open air spaces or settings specifically designed for them. These sites may evoke public spaces where these traditional performances take place such as parks, plazas, streets, stores. In some cases, structures may be built for these performances.

The Colombia program featured several spontaneous masquerading parades traditional to carnival in Mompox and the Caribbean. In the open space in front of the craft tents associated with the maloca, or “house of the people,” which is a traditional dwelling and ritual space in the Amazonian Rainforest, participants performed the Dance of the Doll (El baile del chontaduro). Pacific Rainforest participants carried a canoe (balsada) in a procession, accompanied with a chirimia band, in honor of St. Anthony. While musicians jammed in the “Tienda Paisa,” (country store) both participants and visitors played Andean games. Throughout the site, jugglers and “street vendors” attracted audiences of all ages, often engaging them in juggling or playing-acting as buyers of cell-phone minutes or products traditionally sold in the city streets of Colombia.

Presenters in open spaces have different challenges than on stage. They may be required to move around as in the case of parades and processions. There usually are no natural breaks for the presenter in the performance. The presenter has to “break-frame,” that is interrupt the performance, with commentary that will help the audience understand what is happening, how they can participate if appropriate. Some performances are more open-ended and need little contextualization, like games, juggling, or jamming. Others like sacred ceremonies require more contextualization, The presenter can help the audience better understand by:

Questions regarding the belief systems of the performing group are best answered by the participants themselves. 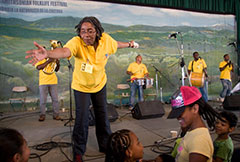 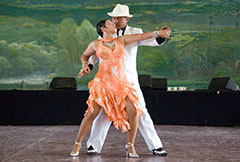 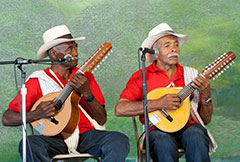 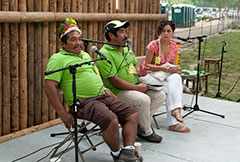 Encouraging conversations between participants and audience... 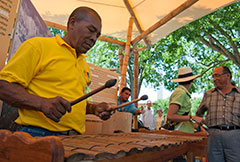 Providing opportunities for interaction with the public... 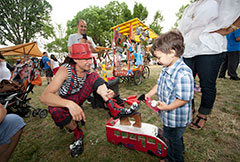 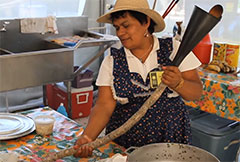 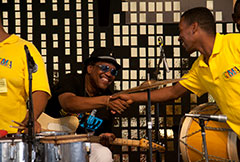