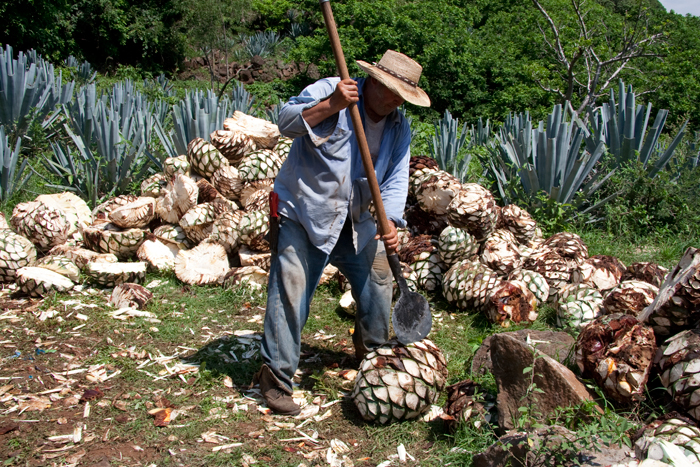 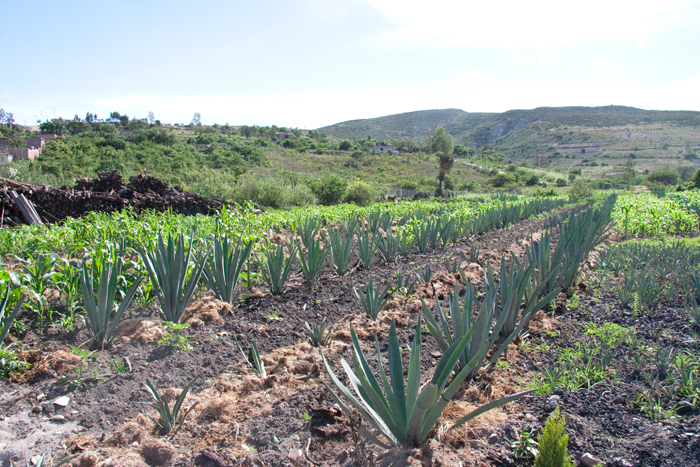 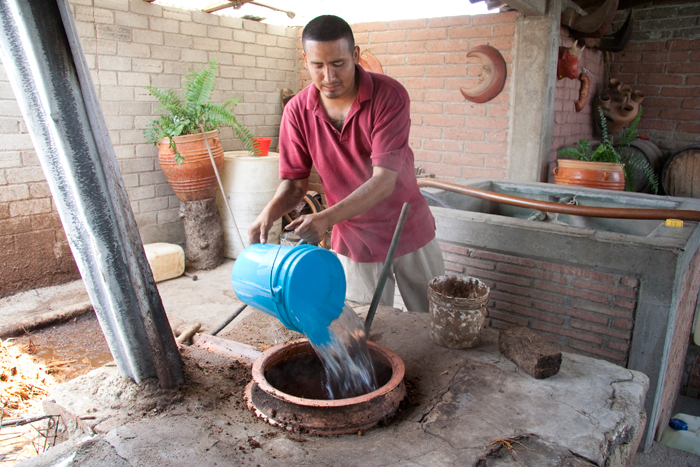 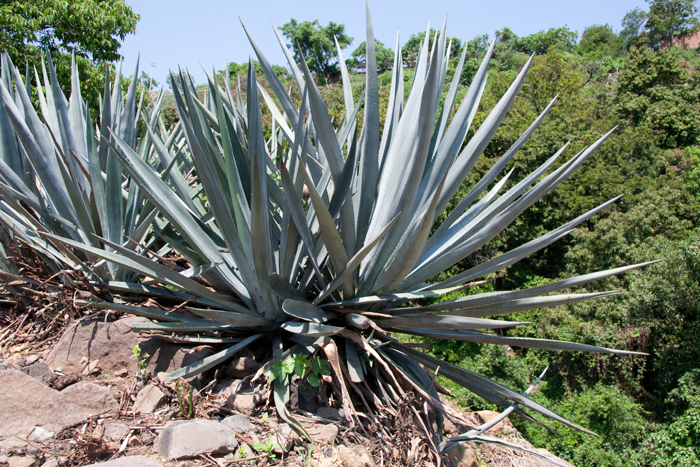 José de Acosta, sixteenth-century Jesuit priest and anthropologist, called the maguey or agave plant a "tree of miracles" (el arbol de las maravillas) because it can be used in myriad ways. Moreover, maguey can thrive in many different environments: throughout the mountainous valleys of Jalisco, Oaxaca, and other Mexican highlands, as well as in the porous limestone of Yucatan.

Henequen fiber, a key element in crafts and industry, is derived from maguey, but alcoholic beverages are perhaps its best-known by-products. Jalisco is renowned for its tequila, thanks to the fields of blue agave that cover its mineral-rich volcanic landscapes. The variety of maguey in Oaxaca (known as angustifolia haw) has thinner blades, which is preferred for the production of mezcal.

Tequila and mezcal are defined not only by their geographical origin, but also by their cultural and historical identities. Both have roots in the first alcoholic beverages made from maguey: wines created by fermenting the juice of the roasted plant. One of these wines, pulque, is still produced today.

Did the Spaniards bring European distillation techniques to the New World? No one knows for certain, but Claudio Jiménez Vizcarra, co-owner of a tequila factory in Jalisco, doubts it. "The Indians developed all the agricultural and industrial techniques and processes by studying, adapting, and transforming natural elements and materials," he explains. "Their product was refined, sophisticated, and pure—perhaps even better than the best European hard liquors and liqueurs. If we don't have documentation before 1621, it's because vino mezcal was an Indian drink and was not given much attention."

Tequila Caballito Cerrero, Fábrica Santa Rita
Brothers Claudio and Javier Jiménez proudly run their distillery, Fábrica Santa Rita, founded in 1873 and located in Amatitán, the heart of Jalisco's agave landscape. They use techniques and processes inherited over generations. According to Claudio, these methods are consistent with pre-Columbian traditions. The main modern-day difference lies in the equipment: today a copper alambique, or still, is used instead of the original clay pots.

Fábrica de Mezcal, Perla Blanca
The village of Santiago Matatlán, near the archeological site of Mitla in Oaxaca, serves as the world capital of mezcal. In fact, the type of maguey used for mezcal grows exclusively in this region. The Santiago family has run its Fábrica de Mezcal Perla Blanca for generations. This small-scale distillery, typical to the area, stands next to their home. Visitors can tour the premises and learn the process of cooking, fermenting, and distilling maguey into mezcal.