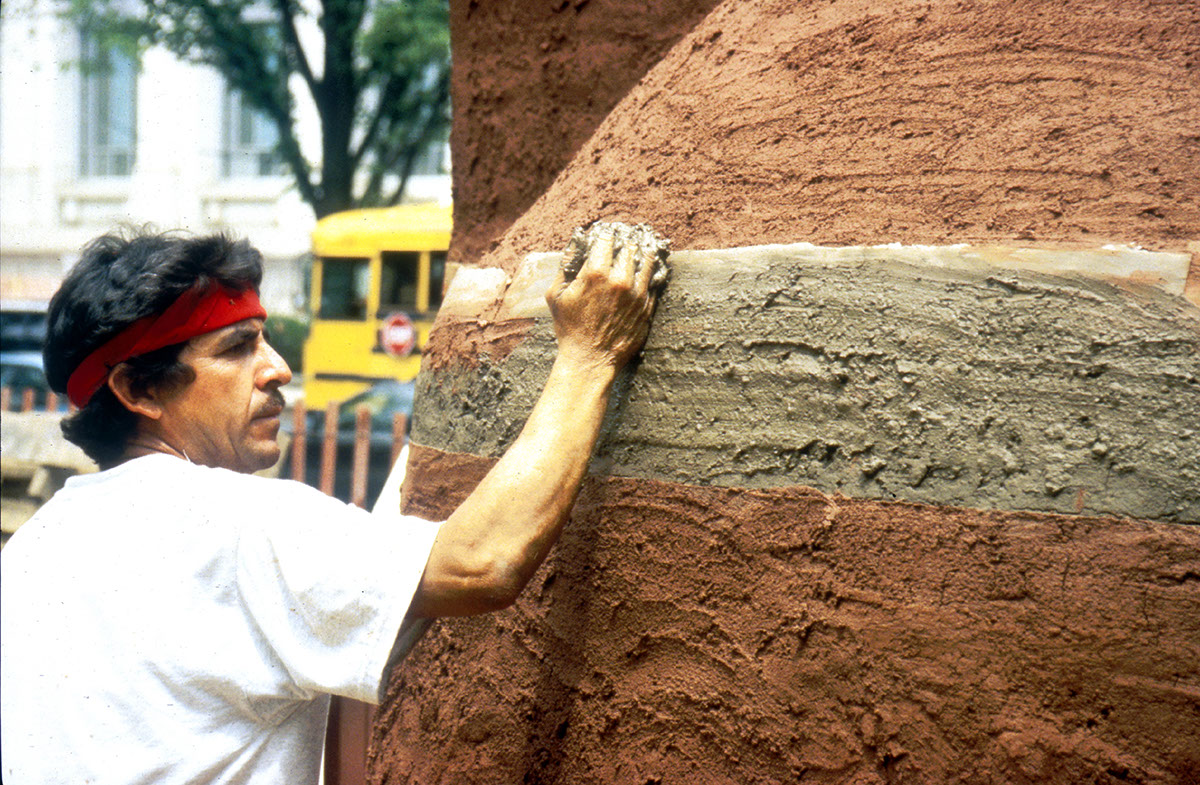 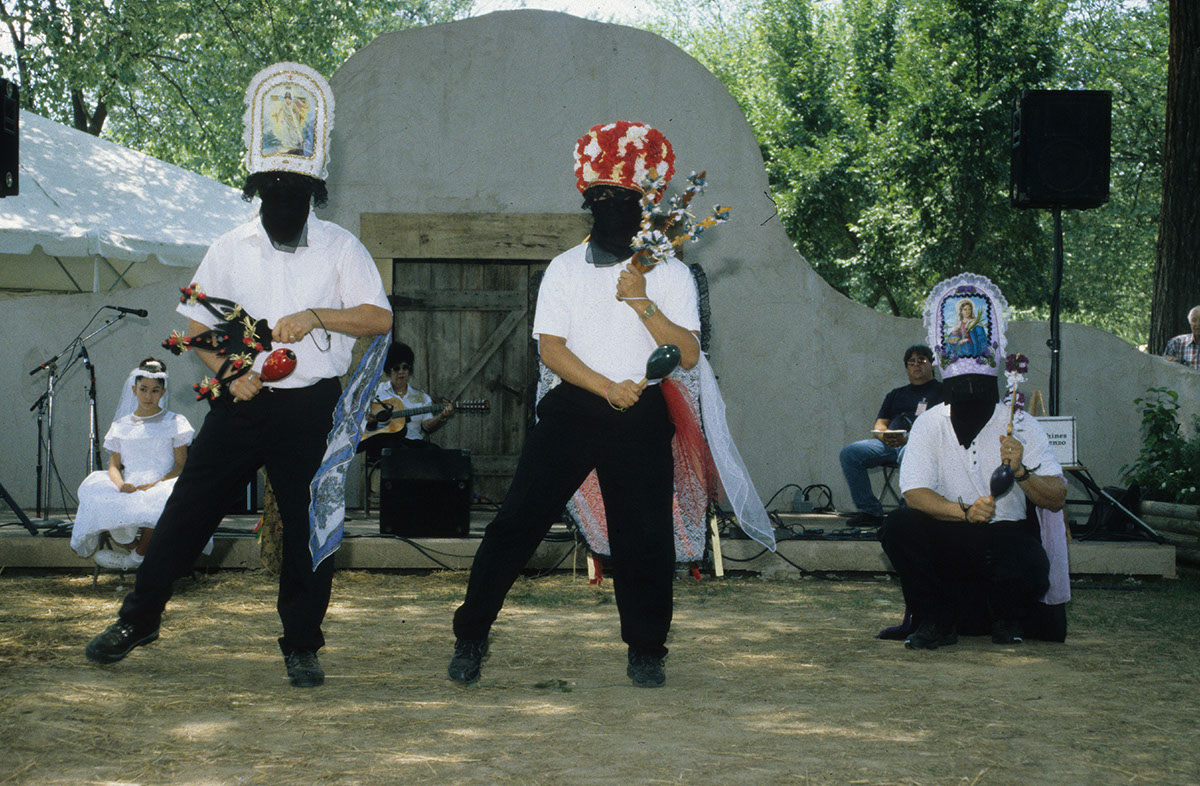 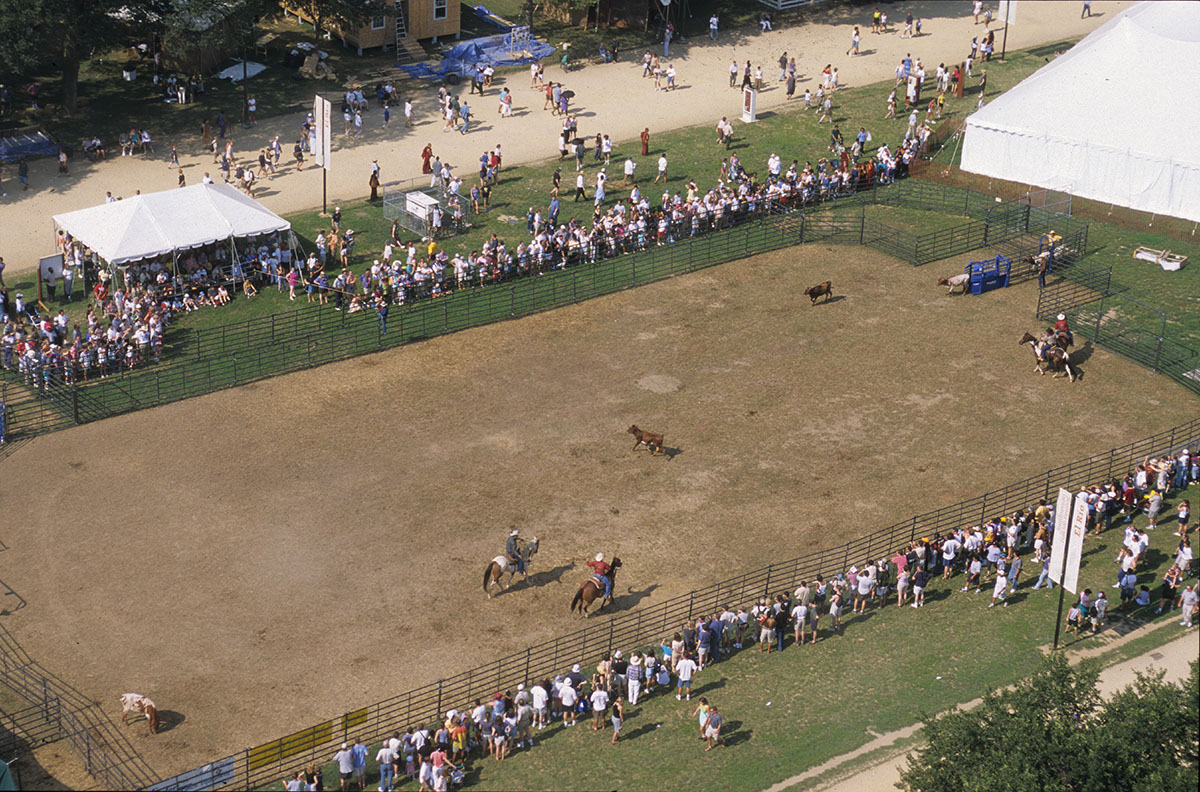 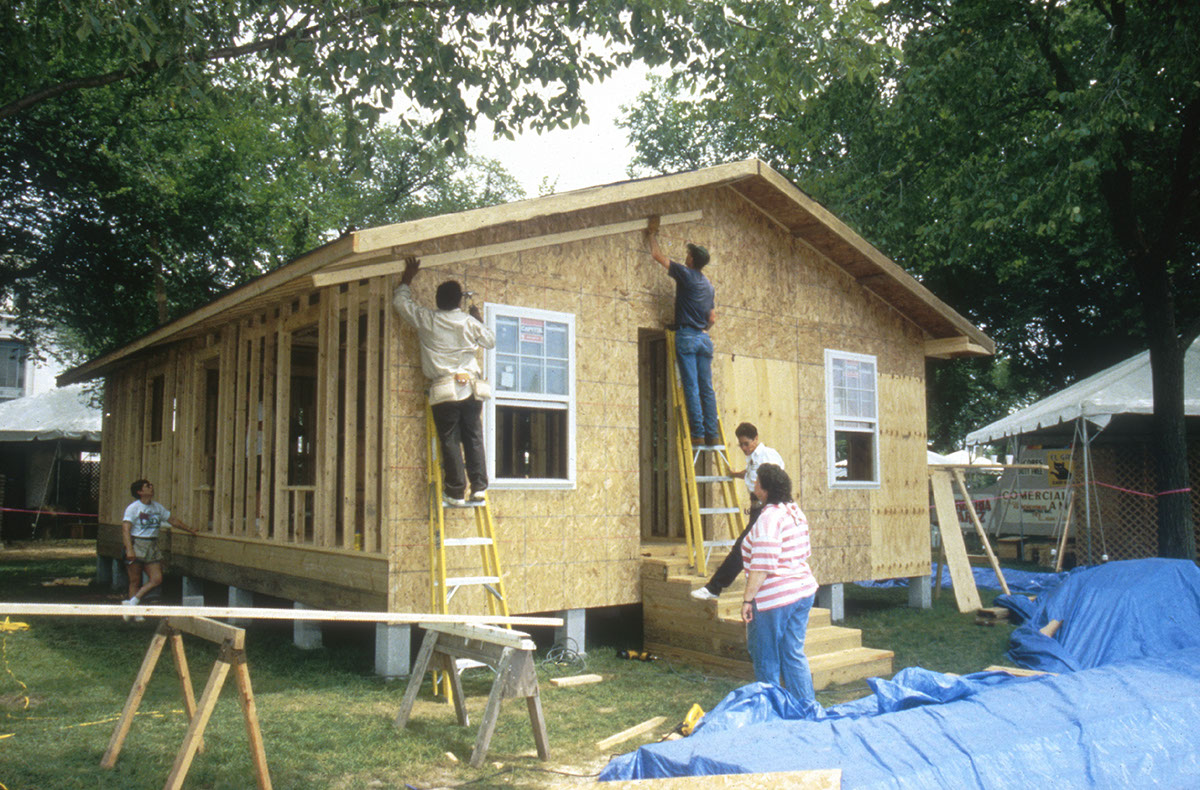 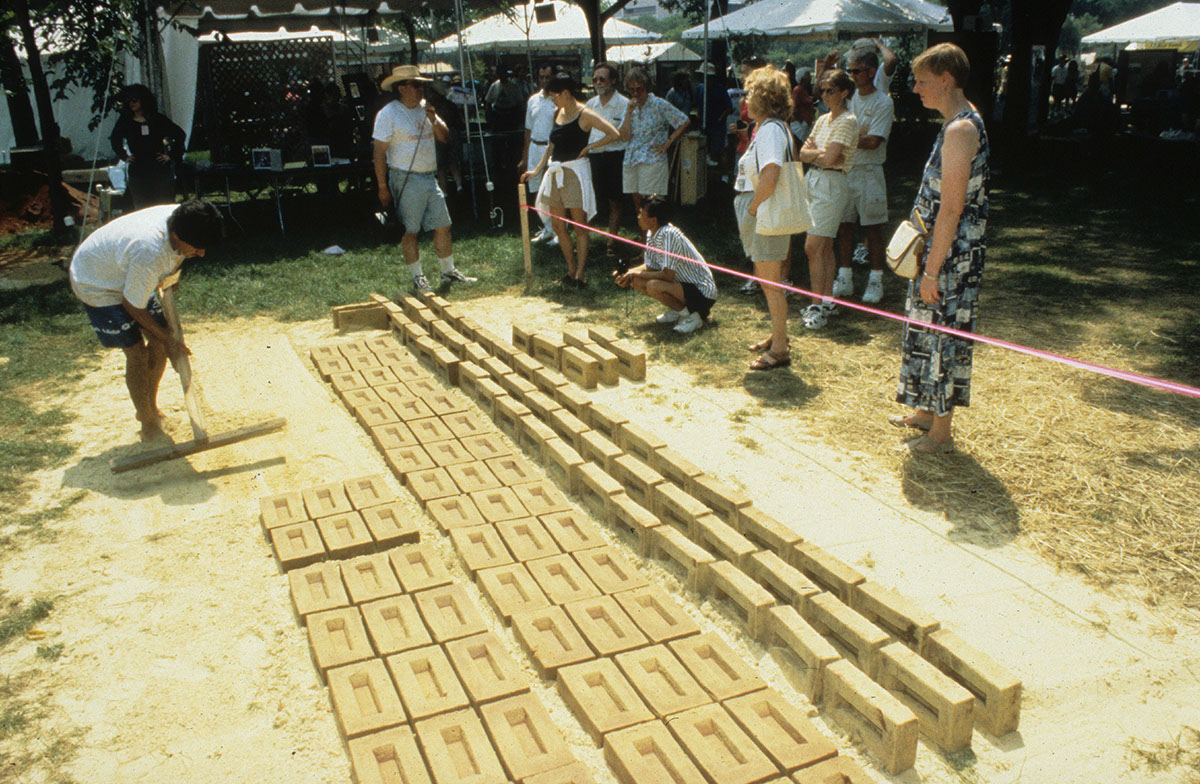 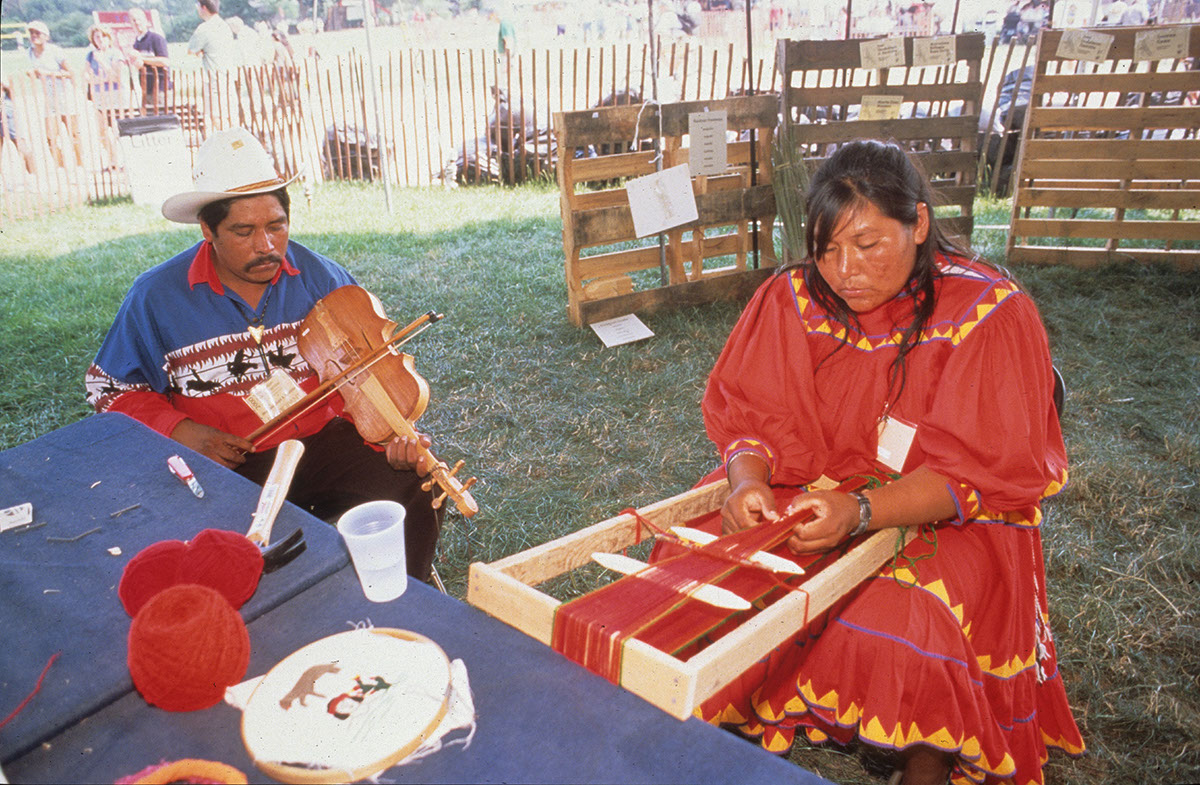 Building upon a multi-year engagement with communities along the U.S.-Mexico border, the El Río program at the 2000 Festival was one of several important outcomes - including a traveling exhibition, education materials, and documentary video - of the project. The geographic expanse of the basin and its cultural diversity posed a challenge for the project that was met with the help of colleagues and institutions in the region. Smithsonian curators posed several broad questions to their regional collaborators about the dynamic interplay between culture and environment in the Río Grande/Río Bravo Basin. First, how does traditional knowledge developed over generations contribute to managing land and water resources? Second, in what ways does the environment shape a community's cultural identity? And third, how can local knowledge and cultural practices contribute to sustainable development and provide the basis for successful economic enterprise? The Festival presentations were structured around these three domains.

Traditional knowledge and management of the environment. Shrimpers, ranchers, vaqueros, blacksmiths, barbacoa (barbecue) cooks, and artisans who use desert fibers all have different work, but all rely on traditional local knowledge and on their own experience with the fragile natural resources of this desert environment. Centenary ranchers in New Mexico maintain the ancient acequia (irrigation ditch) system to sustain their ethical values and natural ecosystem with community participation. As new people move into the area, conflicts arise over different values placed on cost-efficient technologies. Festival participants addressed how they combine knowledge and technology from many sources and, as importantly, how they establish dialogue with newcomers about tradition and the quality of life.

Landscape and cultural identity. For the Pueblo, water rights govern ritual practices as much as irrigation. When new residents move into an area, different forms of land ownership and use may challenge existing arrangements. Long ago, Spanish settlers in New Mexico caused great conflict and change, but Pueblo traditions have persisted, and in some cases, Pueblo and Hispano communities have developed shared cultural forms, such as matachín dancing. Some of the Rarámuri, a Native American community indigenous to Chihuahua and known by outsiders as Tarahumara, have recently migrated from their rural environment to Ciudad Juárez. Their dance, craft, and foodways traditions help them sustain their cultural identity in an urban environment. Other such expressions featured in this program are Chicano murals, which illustrate the interconnectedness of belief, history, and cultural identity; and South Texas conjunto, northern Mexico norteño, and New Mexico ranchera music, which illustrate the same thematic connections in their music and words.

From the mountains of Colorado, through the rugged landscapes of New Mexico and Texas, to the fragile semi-desert of northern Mexico, the Rio Grande/Rio Bravo ...

From the headwaters to the mouth of the Rio Grande/Rio Bravo, the river basin's diverse environmental zones pose unique challenges in land and water management.

The Spirit of the Rio Grande/Rio Bravo: Land, Water, and Cultural ...

In an arid land, home is always by the water. In Colorado, New Mexico, South Texas, and the northern fringe of the Mexican border states of Chihuahua, Coahuila,

Making a Living in the Rio Grande/Rio Bravo Basin

From street-food vendors to international collaboratives, border businesses often succeed by incorporating elements of their regional culture into the ...