Tibetan Culture Beyond the Land of Snows 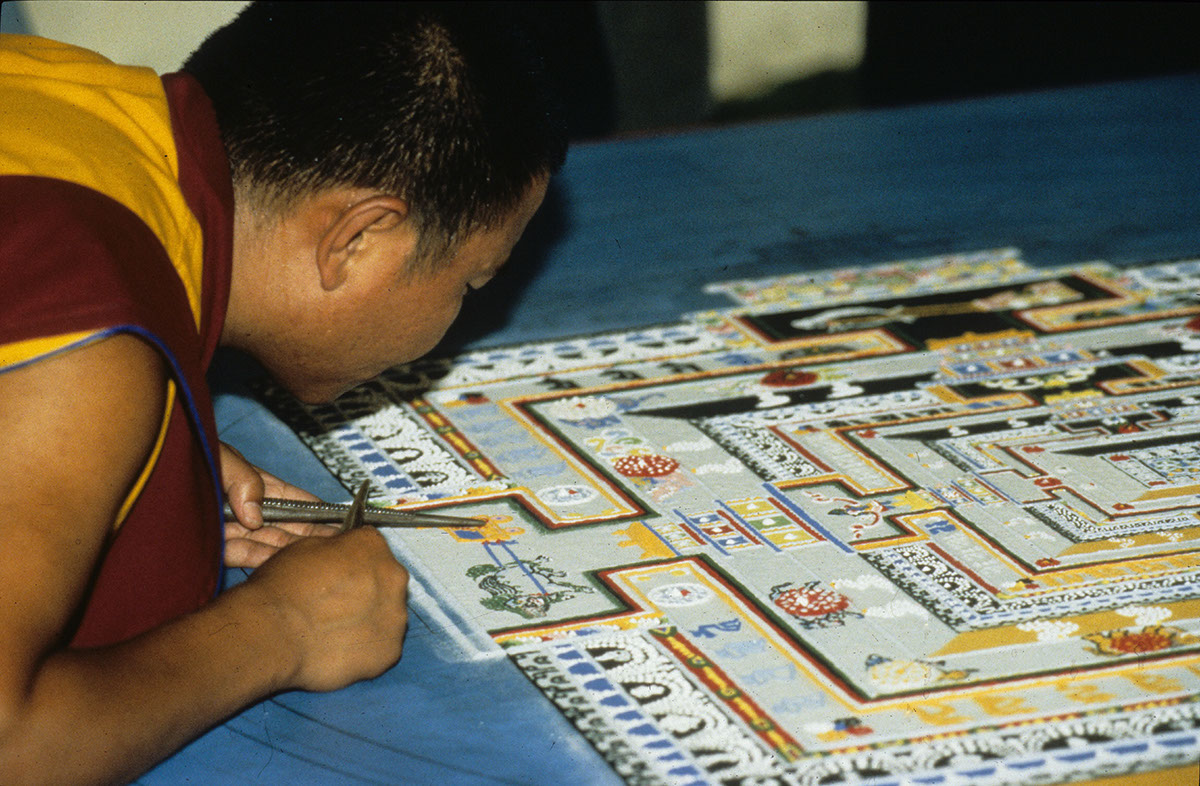 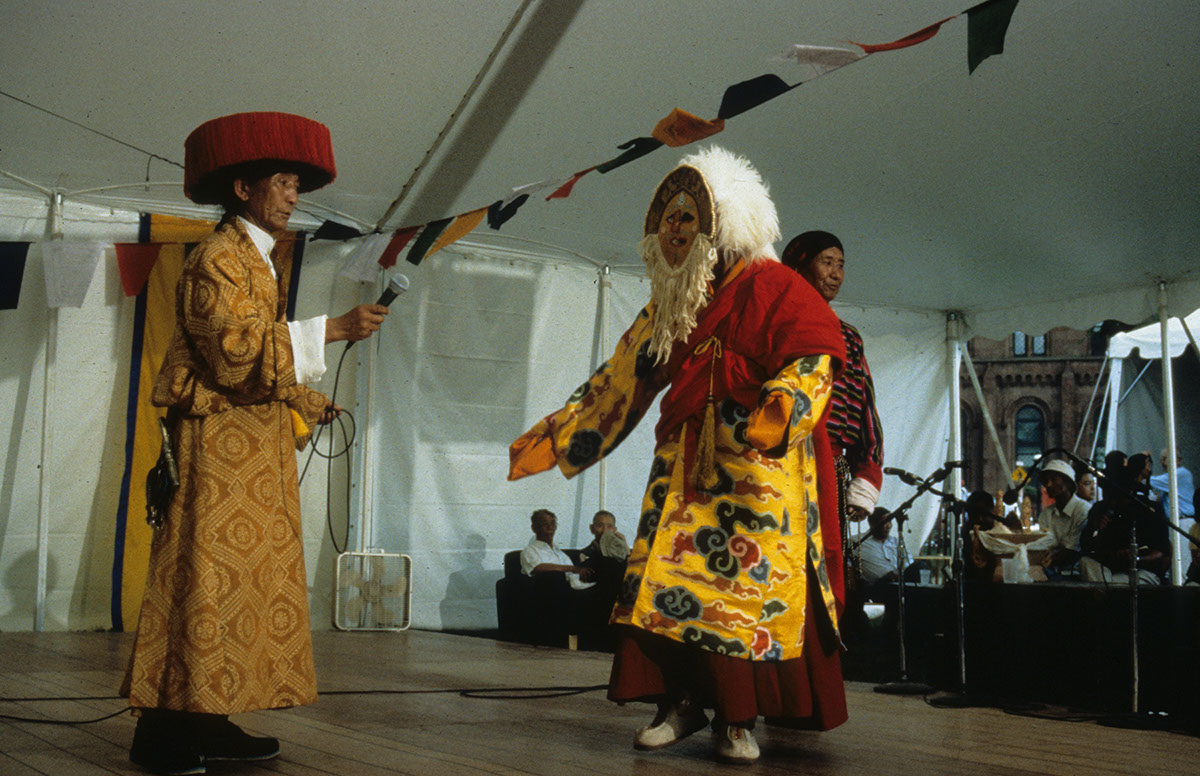 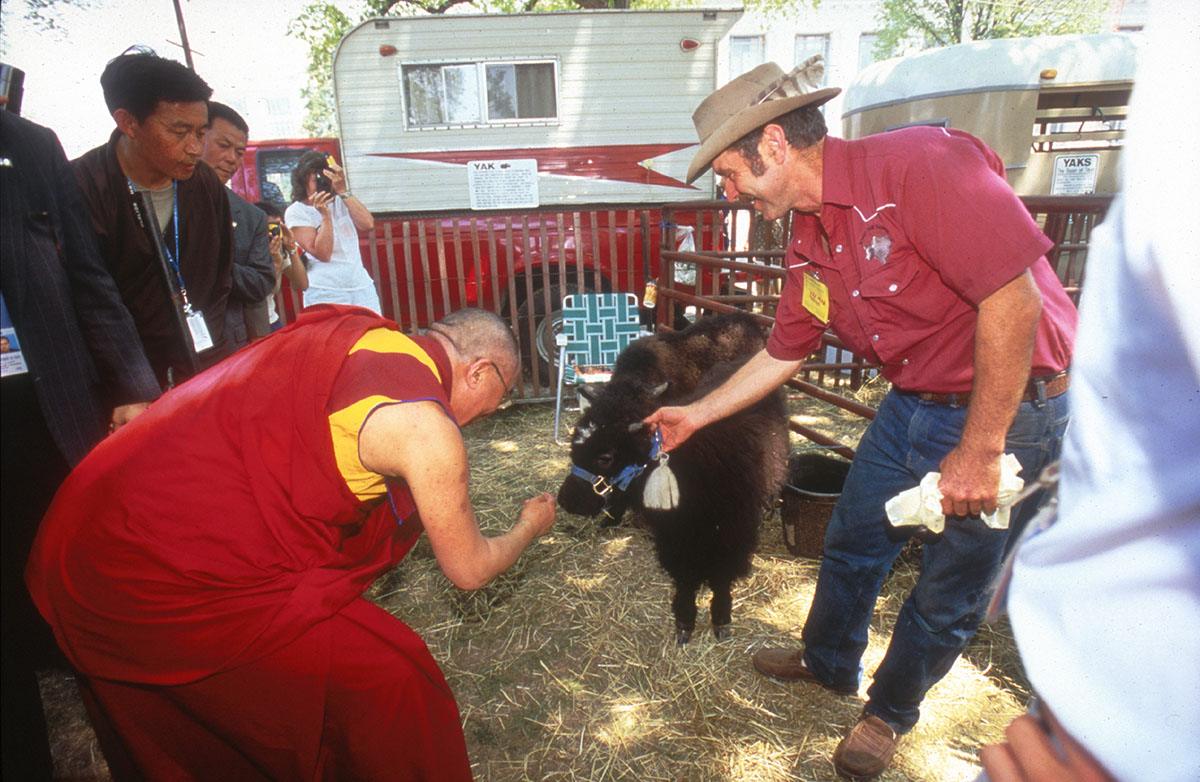 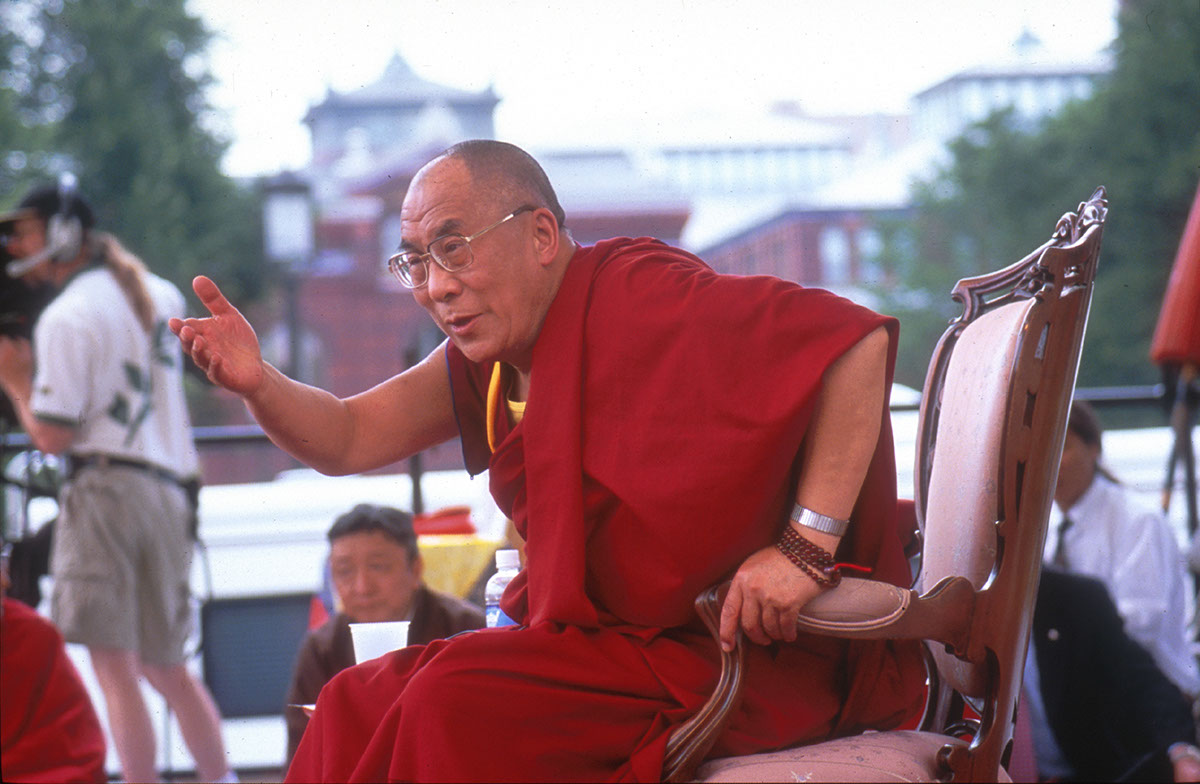 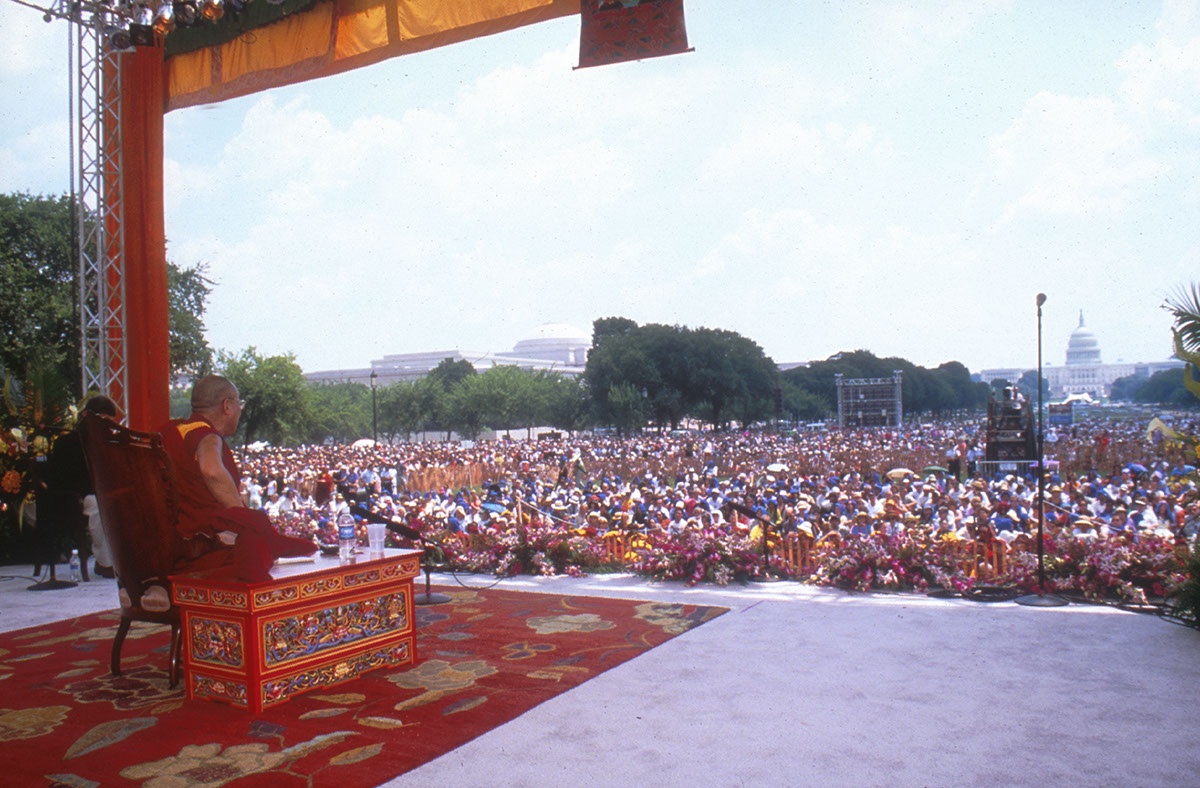 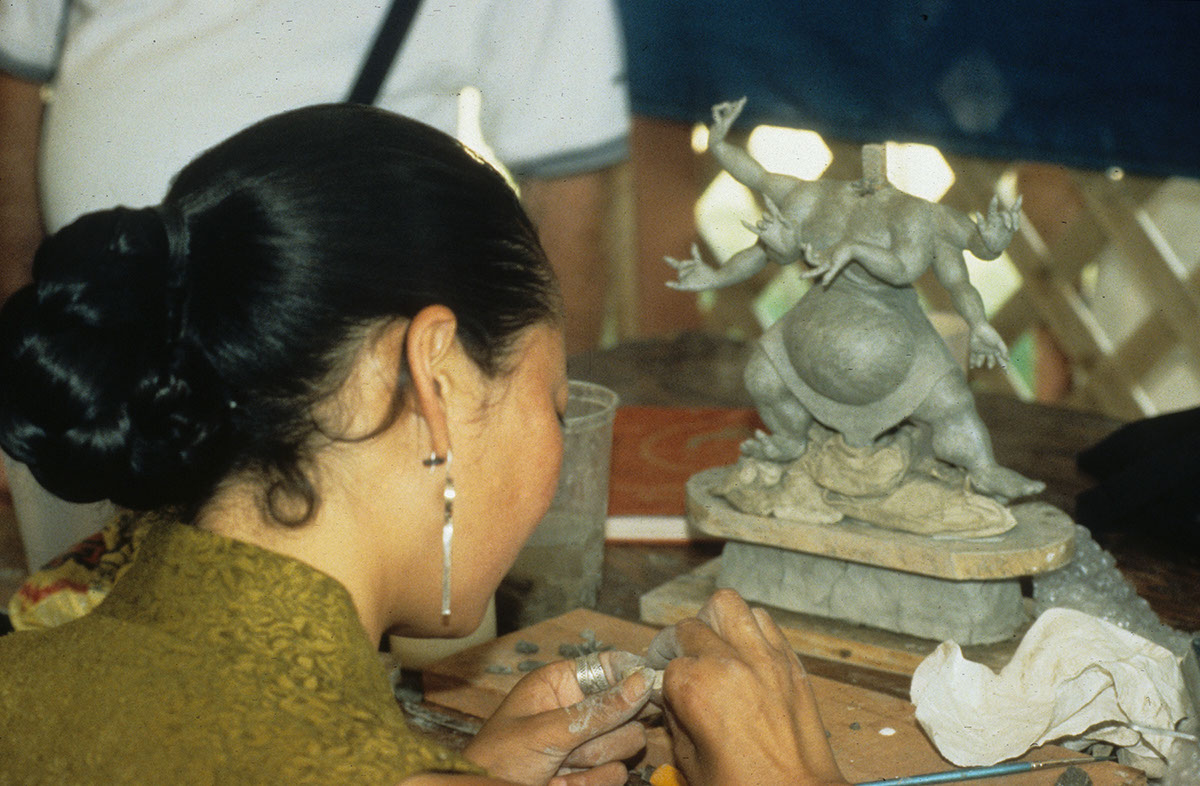 Tibetan Culture Beyond the Land of Snows uses a translation of the Tibetan term for Tibet, Bhöd Gangchen-Jong, or “land of snows,” to describe a community of people who are Tibetan in origin but are now living outside the historical and ethnographic boundaries of Tibet.

These Tibetans began to leave Tibet in 1959 after His Holiness the 14th Dalai Lama, the spiritual and temporal leader of the people of Tibet, fled to India. The Dalai Lama fled Tibet after a decade of negotiations with the Chinese government for peaceful co-existence had failed. He eventually established a government-in-exile in the Himalayan town of Dharamsala. Over the subsequent forty years many other Tibetans have escaped from Chinese-occupied Tibet and settled throughout India and Nepal, and smaller numbers have emigrated to North America and Europe. Now approximately 140,000 Tibetans live outside of Tibet. Another six million Tibetans remain in the Tibetan areas of present-day China. This Festival program focuses on the culture of the Tibetan refugee community, beyond the land of snows.

Tibetan Culture Beyond the Land of Snows provided a platform for a number of Tibetans to speak and painted a more complete picture of the culture. Festival participants told of the horrors of torture and cultural destruction by the Chinese, while others spoke about the Buddhist insights developed by Tibetan masters over centuries into highly sophisticated intellectual reflections and meditation practices. Some of these narratives might have reinforced what Westerners have always thought about the spiritual preeminence of Tibet, while others may have tested preconceptions and question the feudal traditions and inequities historically found in the country’s social order. Young Tibetans born in India or the West have less grounding in the spiritual Tibet of memory and text, and some are quick to look for new sources of inspiration in secular Tibetan and Western cultures. This Festival program allowed a broader number of Tibetan voices to be heard in the West.

Tibetan Culture Beyond the Land of Snows afforded a rare opportunity for the public to hear directly from monks, nuns, and religious leaders from India and the United States. A highlight of the Festival was the Monlam Chenmo (Great Prayer Festival) on the National Mall on July 2, presided over by His Holiness the Dalai Lama and followed by his public address to the crowd of fifty thousand visitors. Throughout the Festival, visitors could also speak with the finest of traditional artists now living outside Tibet, and with musicians from Canada, craftspeople from Dharamsala, cooks from the United States, and weavers from Nepal. From these discussions Festival visitors could gain a clearer understanding of the status of Tibetan culture in the twenty-first century, a complex picture that included images of Tibet as a contemporary living ethnic community, as well as a historical ideal. Certainly visitors could gain a deeper understanding of how critical a role culture plays in shaping the identities of both a refugee community and a nation.

The program was produced in collaboration with the Conservancy for Tibetan Art & Culture and with the assistance of His Holiness the 14th Dalai Lama of Tibet and the Tibetan government-in-exile. Major support was provided by the International Campaign for Tibet, Tibet Fund, Tibet House New York, The Rockefeller Foundation, The Gere Foundation, Inner Harmony Wellness Center/Peter Amato, Steven and Barbara Rockefeller, Edward F. Nazarko, the Kruglak Family, Tibetan Alliance of Chicago, Inc., The Shelley and Donald Rubin Foundation, Inc., Utah Tibet Support Group, Kazuko Tatsumura Hillyer, and Padma Health Products, Inc. In addition, more than 1,400 individuals and foundations contributed funds to ensure the program's viability. 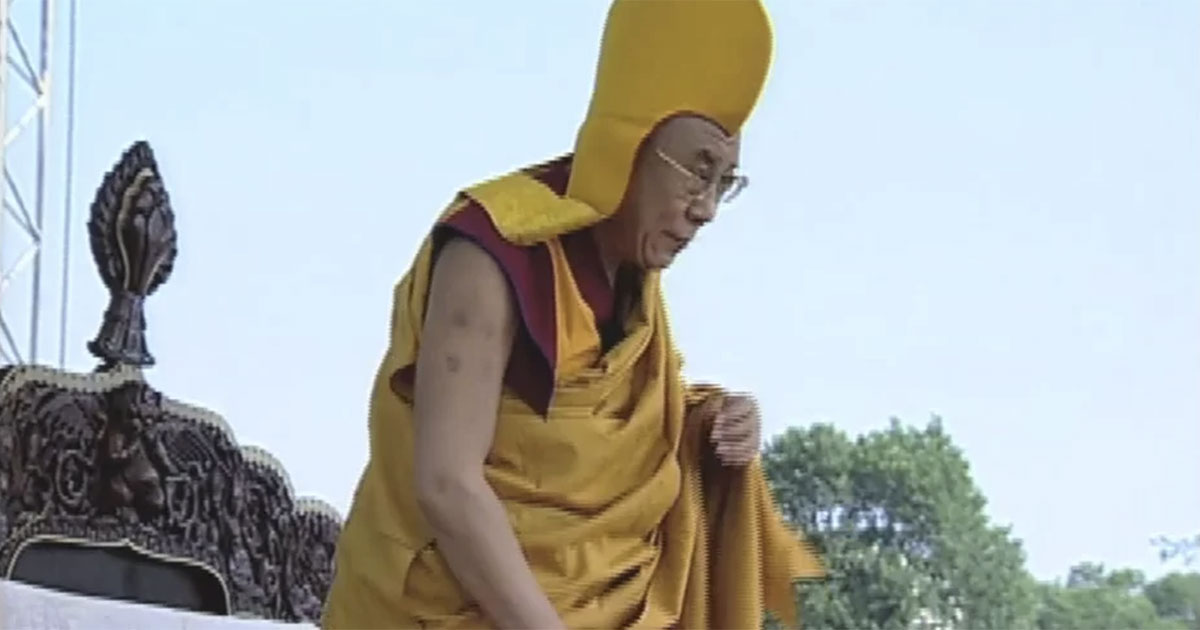 Tibetan Culture Beyond the Land of Snows

Tibetan Culture Beyond the Land of Snows uses a translation of the Tibetan term for Tibet, Bhod Gangchen-]ong, or "land of snows," to describe a community of ...

Tibetan Culture in the 21st Century

When tracing our cultural heritage, we Tibetans talk about three main sources of influence: for our spiritual tradition we looked towards our neighbor to the ...

Tibetan Buddhism Beyond the Land of Snows

Nuns in the Tibetan Buddhist Tradition

Buddhism has had a very long and rich history in Tibet since its arrival in the 7th century. Its establishment in Tibet is credited with spurring cultural ...

Preserving Tibetan Art Beyond the Land of Snows

Under circumstances of extreme duress, artistic culture suffers greatly as survival becomes peoples most pressing priority. The disruptive events of the 20th ...

In Tibetan refugee settlements in rural South India, we drove for what seemed a short eternity past scattered clusters of whitewashed mud-brick bungalows ...

Nomadic pastoralism represents one of the great advances in the evolution of human civilization. Originating about 9,000 years ago, with the domestication of ...