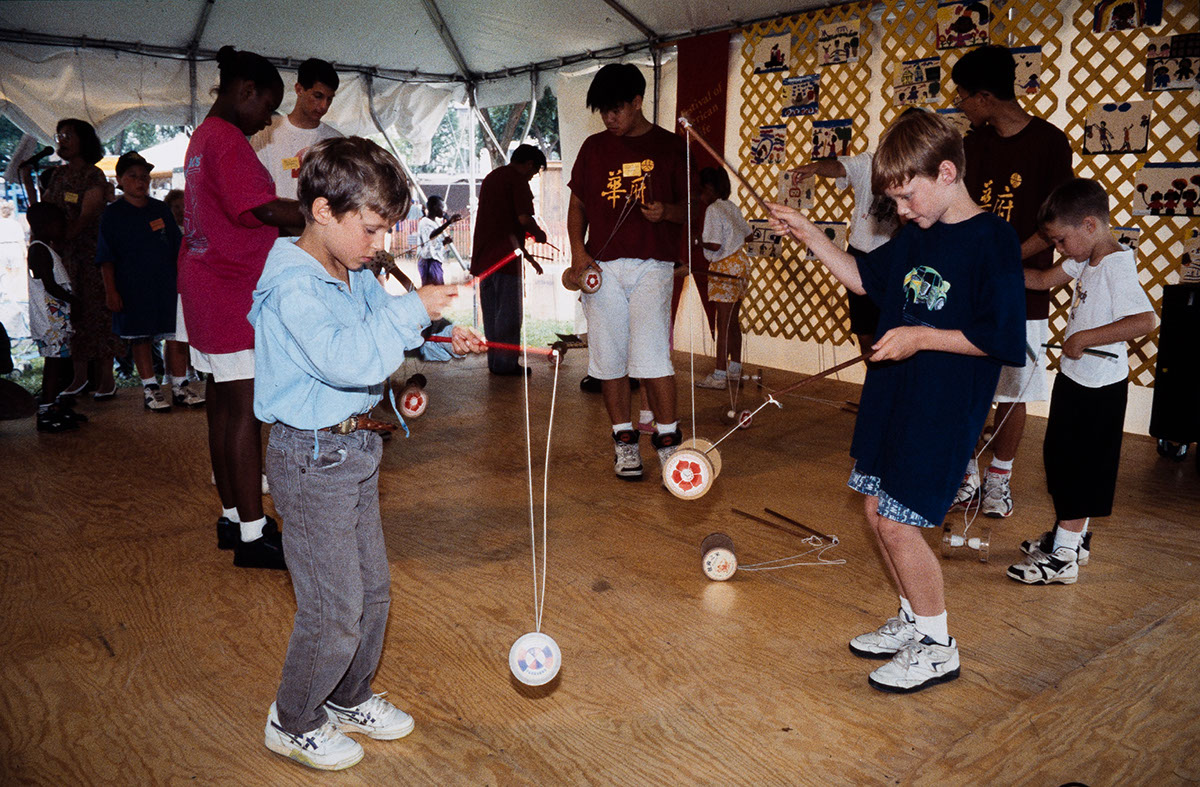 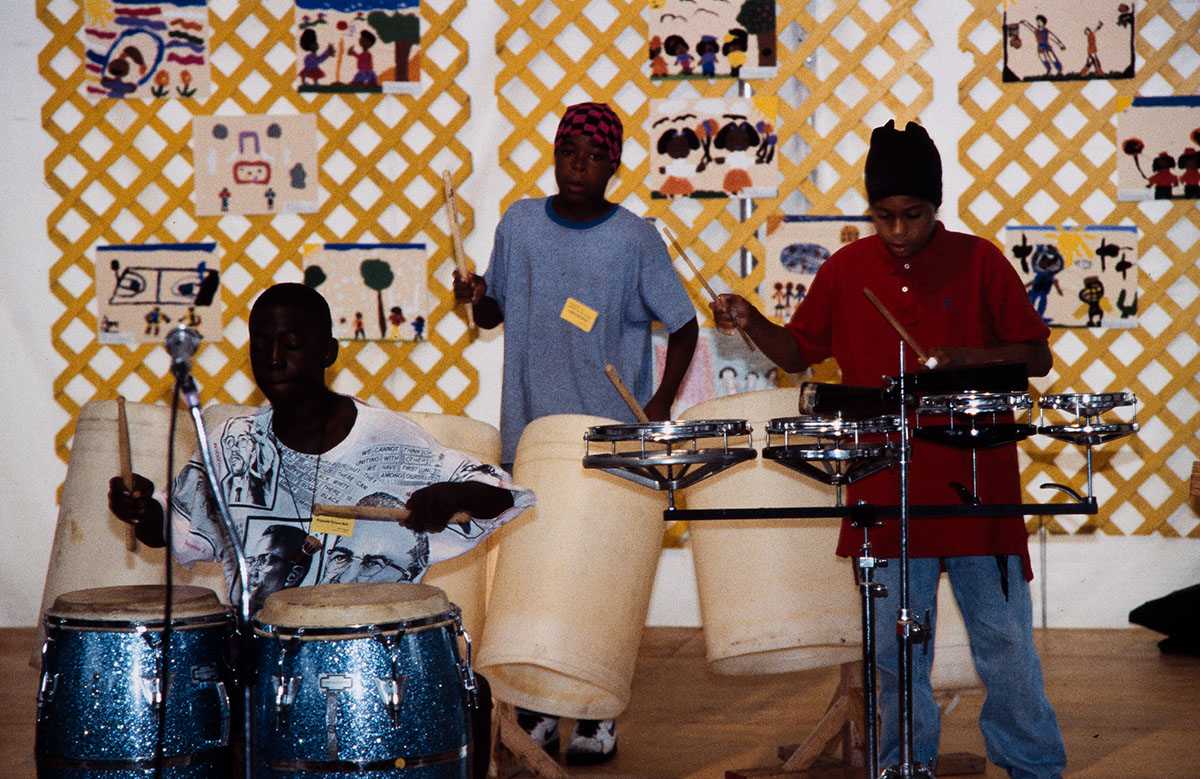 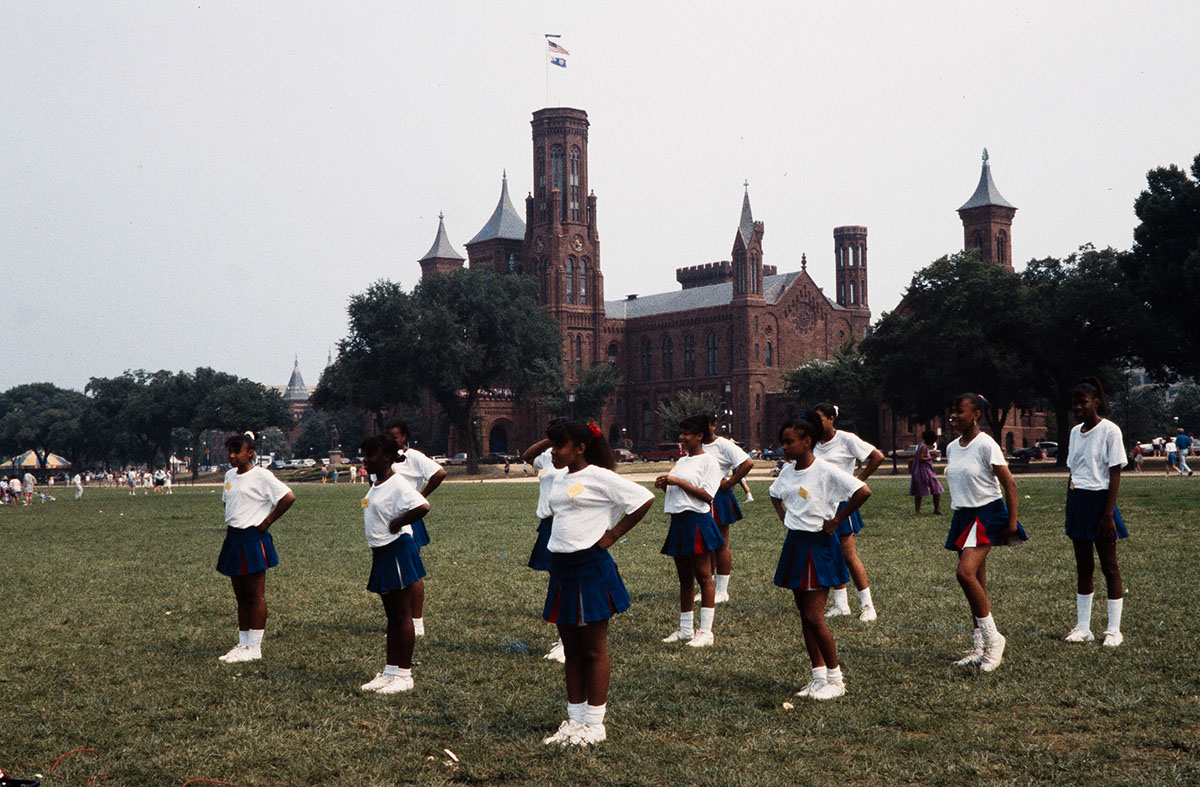 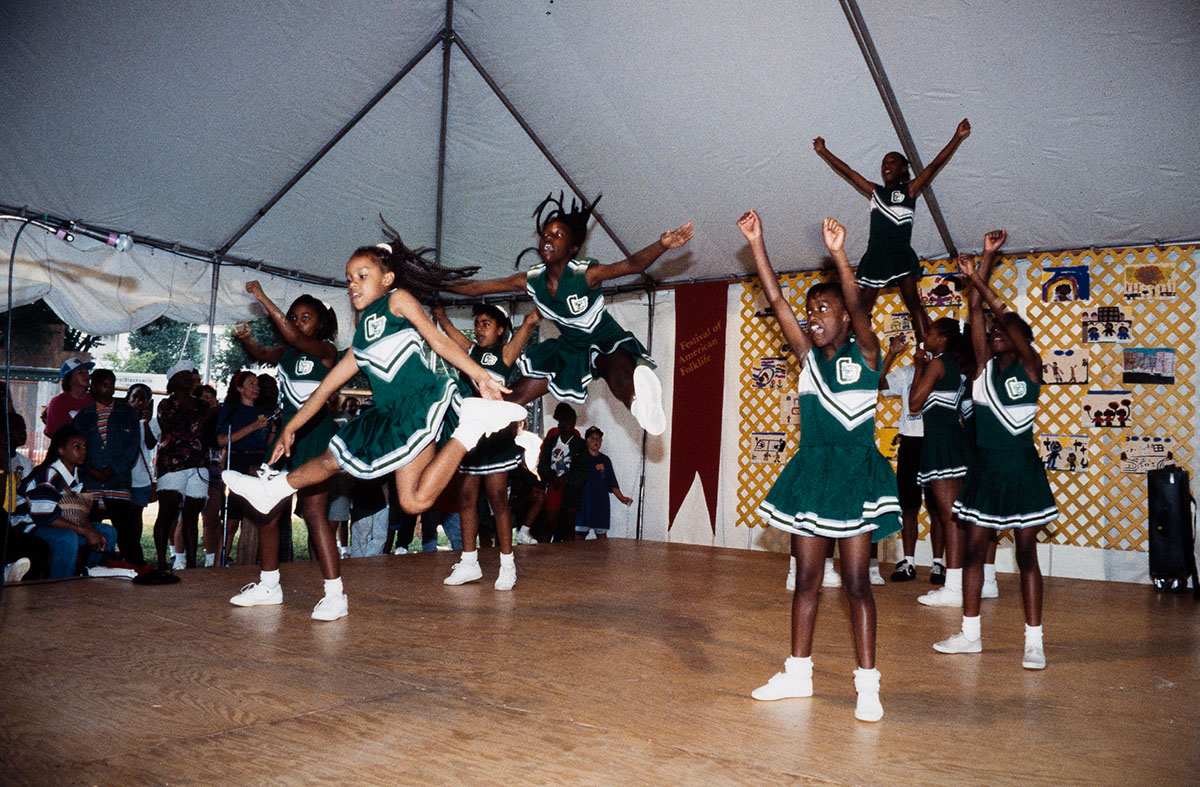 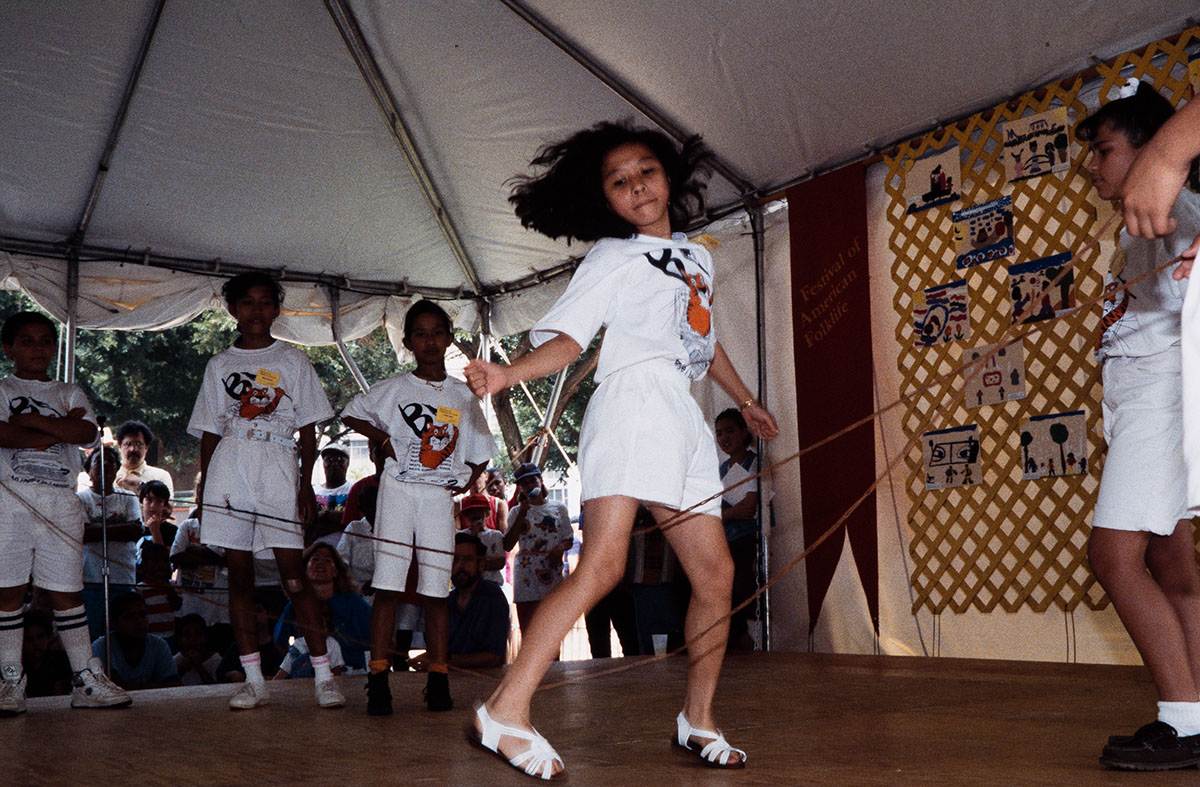 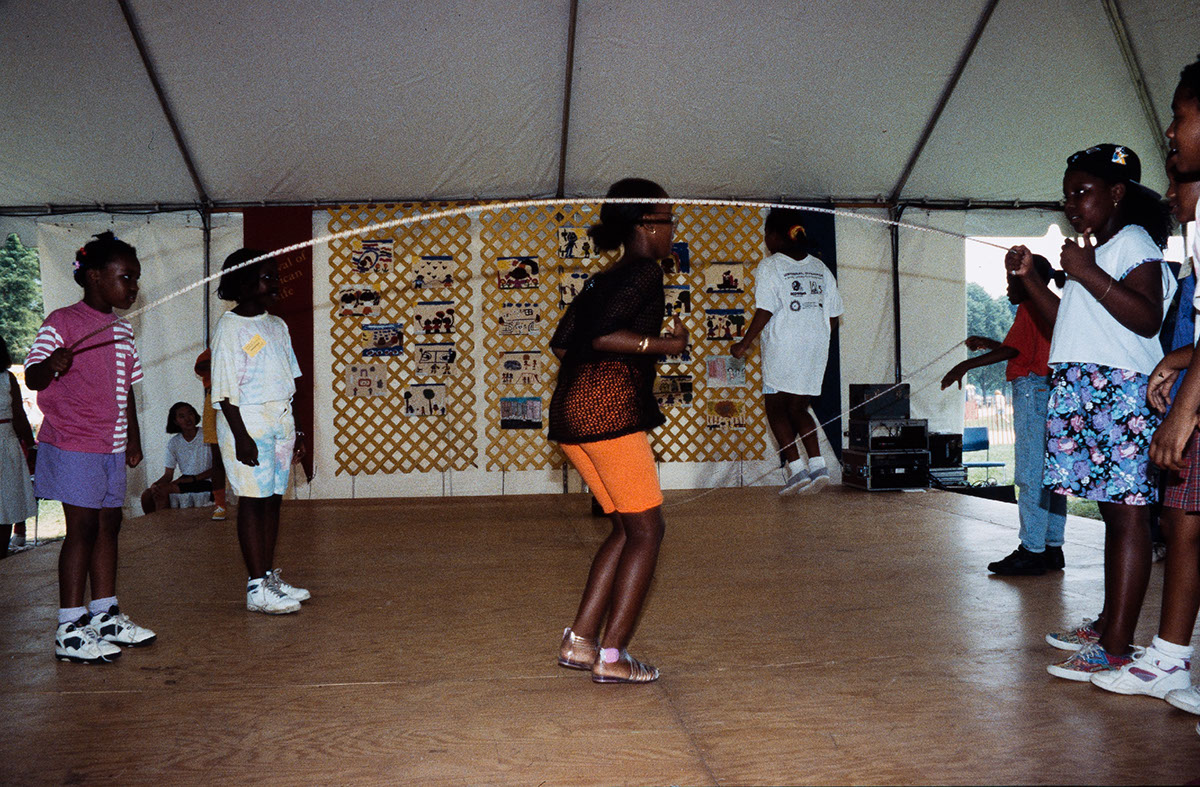 Nowhere is the essence of childhood revealed more clearly than in play. A vivacious and expressive play culture was still being created and shared by children within the Washington, D.C. metropolitan area in 1993, despite TV, Nintendo, other toys and entertainment manufactured by adults, and in the face of ever more difficult realities of growing up in the city. The 1993 Festival highlighted some of those traditions of children's play and performance. The Festival presented forms inviting participation by the whole group such as clapping games, ring plays, call-and-response singing, and double dutch. Also presented were genres that were consciously created for an audience, such as rhythmic bucket brigades. The 1993 Kids' Stuff program encouraged participation and dialogue as well as demonstration and observation. Festival audiences, young and old, were invited to join in this celebration of children's play and performance.

Kids' Stuff: Children's Traditions of Play and Performance in ...

Nowhere is the essence of childhood revealed more authentically than in play. A vivacious and expressive play culture is still created and shared by children ...

When John Jacob Rascob and his partners transformed the New York skyline by erecting the Empire State Building, they probably never considered that beneath the