Creativity and Resistance: Maroon Culture in the Americas 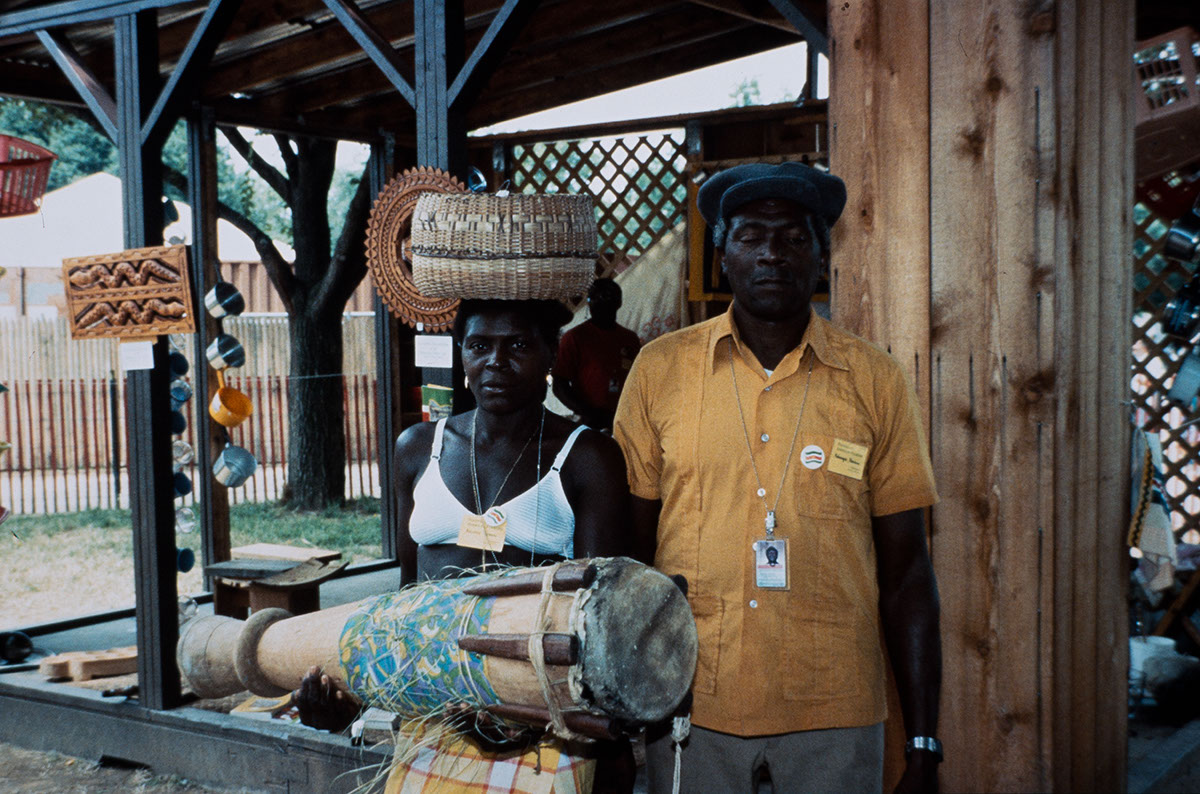 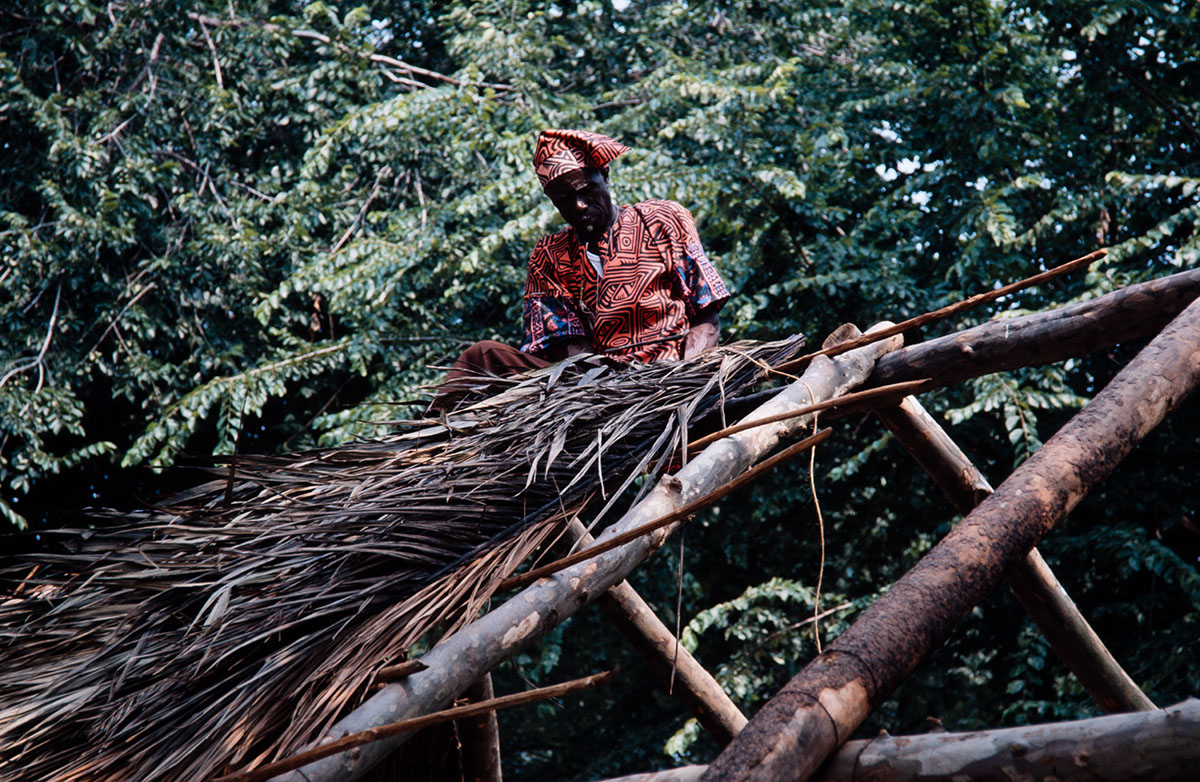 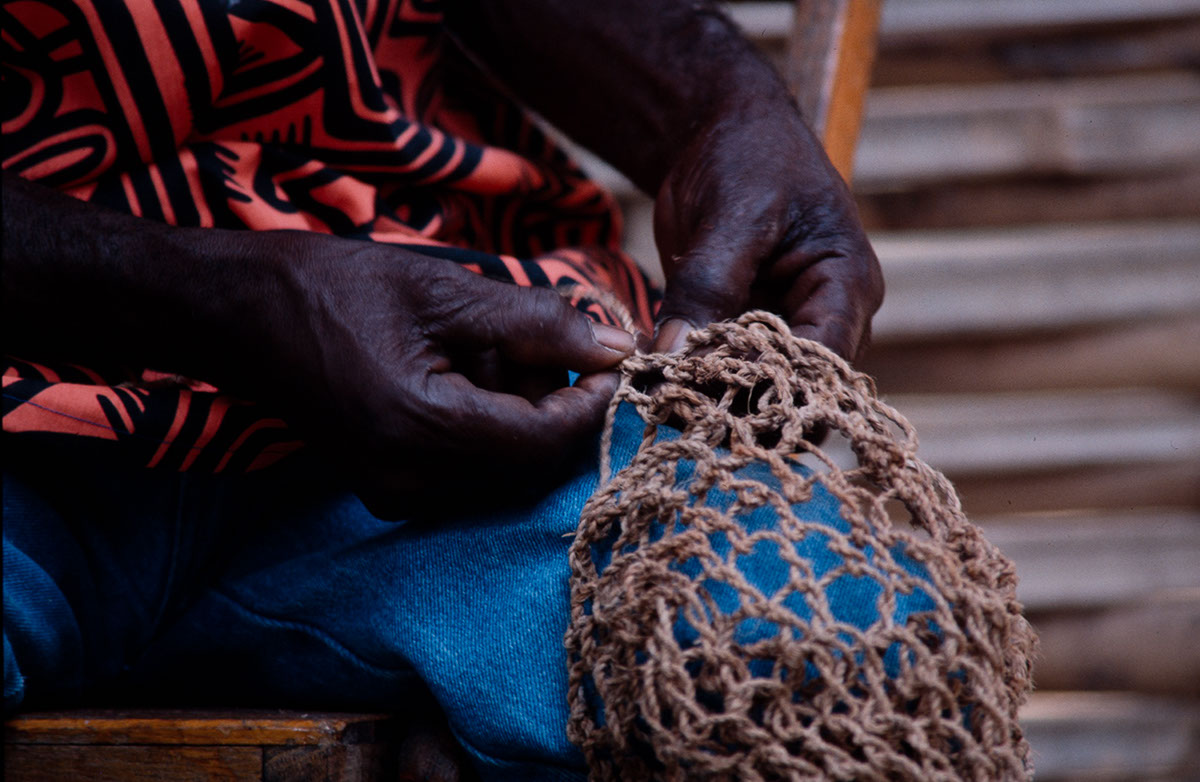 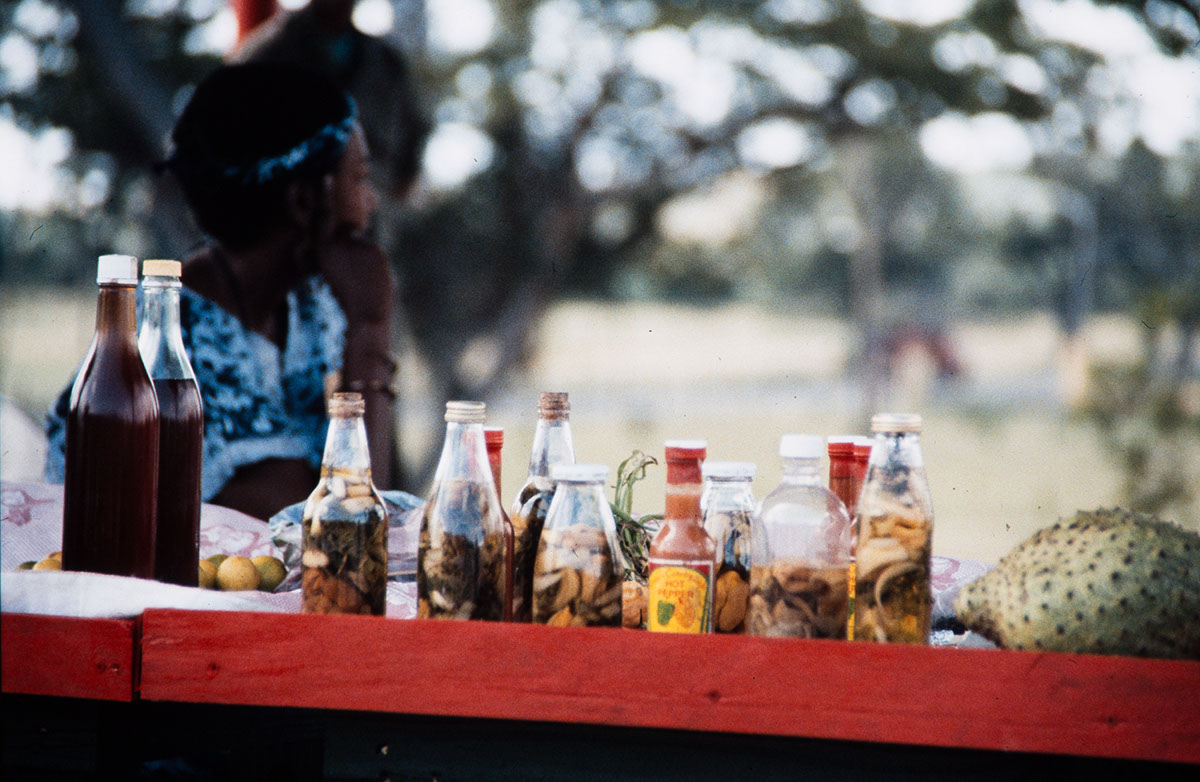 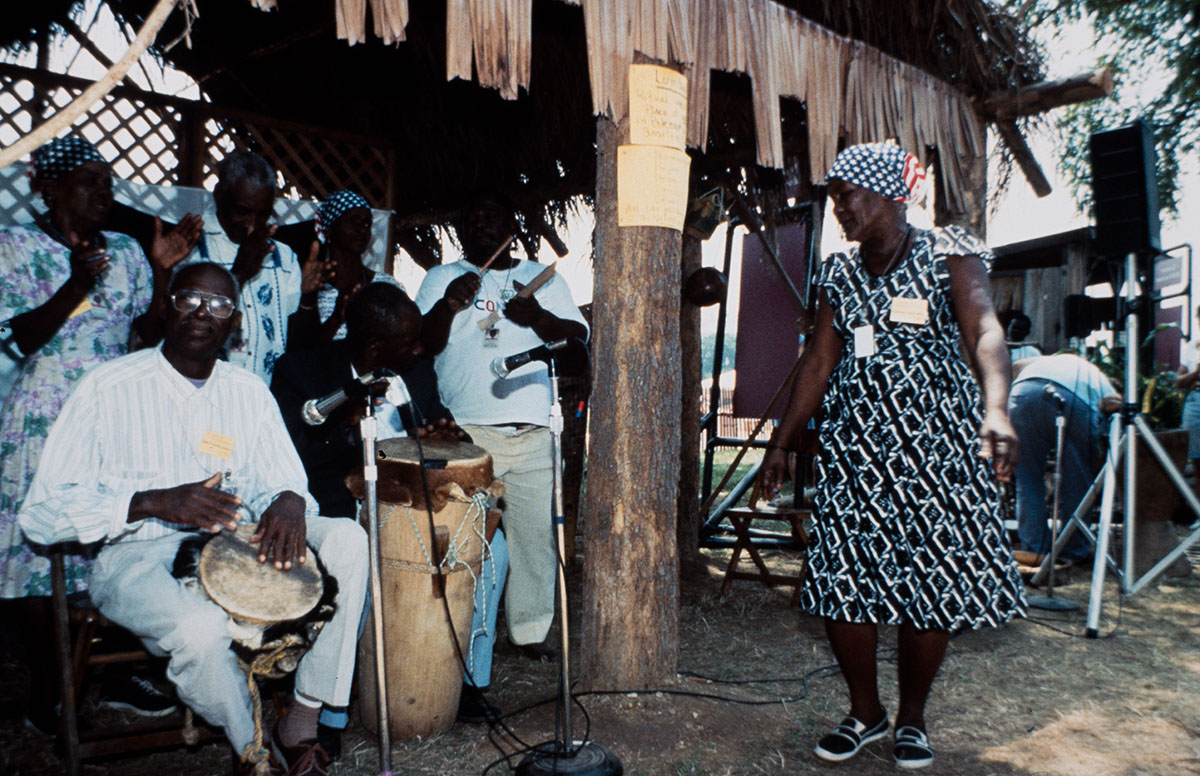 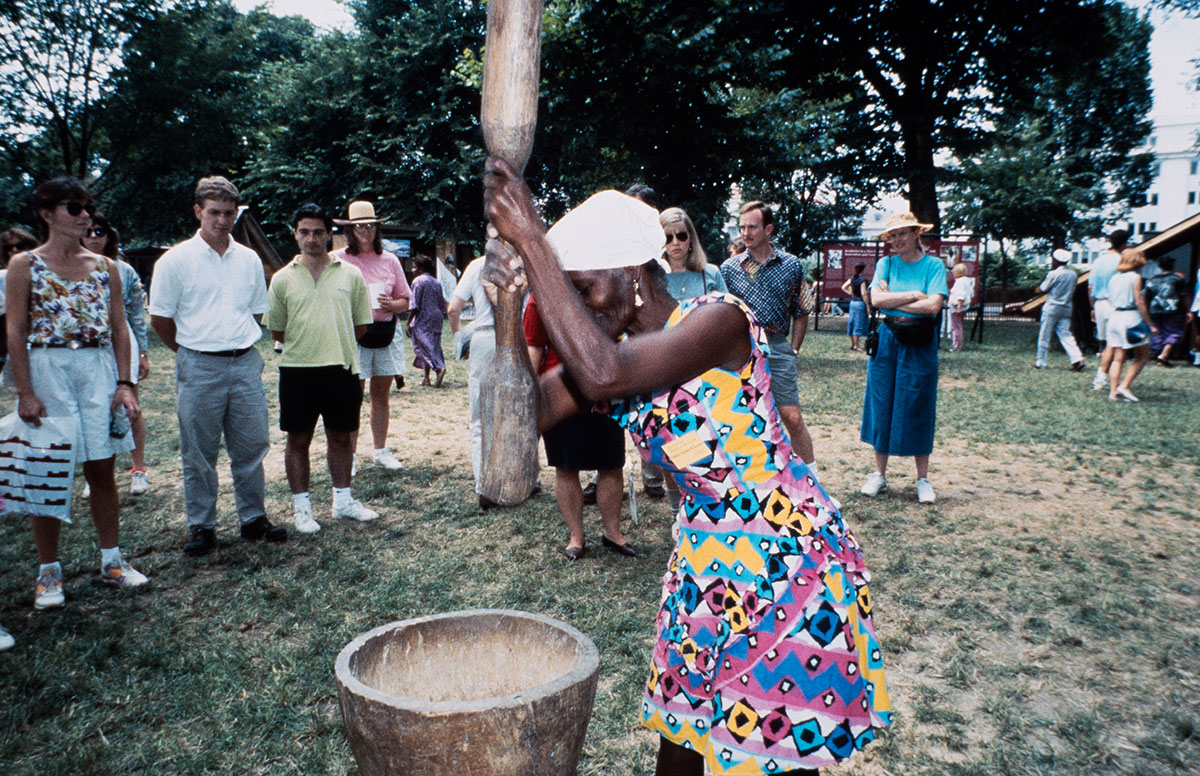 Contemporary Maroon peoples' identities are rooted in memories of the collective liberation struggles from which their societies emerged. In most Maroon communities, a profound sense of history pervades present-day life. The 1992 Festival encouraged visitors to understand the contemporary cultures of Maroons as creative syntheses that combined and recombined originally diverse African elements, as well as non-African elements, in unique ways. This historical process of blending and adaptation, resulting in cultures that are simultaneously old and new, is known as "creolization."

Eight contemporary Maroon peoples from six different countries participated in the Festival in the Quincentenary year. Three of these peoples came from the Amazon basin in northeastern South America. The ancestors of the Saramaka began escaping from Surinamese plantations in the late 17th century; after fighting against the Dutch for nearly a century, they made a treaty with them in 1762. Today the Saramaka live along the Suriname River in the interior rainforest of Suriname. Their neighbors, the Ndjuka or Okanisi (Aukaners), began fleeing from Dutch plantations in the early 18th century, and made a treaty with the Dutch in 1760. Across the Maroni and Lawa rivers in French Guiana live the Aluku or Boni, whose forebears began leaving the plantations shortly after the Ndjuka. In 1776-77 they crossed from Suriname into French Guiana, where they have lived ever since. After years of struggle, their freedom was recognized by a joint treaty with the French and Dutch in 1860.

Colombia is home to the contemporary Maroon community of Palenque de San Basilio, not far from the port of Cartagena, which was once at the center of the Spanish slave trade. The Palenqueros are descended from slaves who escaped from Spanish plantations during the 17th century. After several failed attempts to eradicate them, the colonial government and the ancestors of the Palenqueros came to terms between 1713 and 1717. In Jamaica are some of the best known contemporary Maroon communities. The Windward Maroons are based in the villages of Moore Town, Scotts Hall and Charles Town in the eastern Blue Mountains. They can trace their origins as a people back to 1655, when the British seized the island from the Spanish, and a large number of slaves fled into the hills. In later years these initial runaways were joined by others from British plantations. The ancestors of the Leeward Maroons, whose main contemporary settlement is Accompong in the western Cockpit Country, began to escape from plantations in the late 17th century. By the 1730s, both groups posed such a threat to the plantation system that the British colonial government had to sue for peace, concluding separate treaties with the two groups in 1739.

The Maroons of the Costa Chica area in the Mexican states of Guerrero and Oaxaca are descendants of slaves who began escaping in the late 16th century from Spanish cattle ranches and estates along the Pacific coast. When the colonial government launched a military campaign against them, they retreated into more inaccessible areas, where they remained undefeated until the abolition of slavery in Mexico in 1829. The Seminole Maroons, now divided among Oklahoma, Texas, the Bahamas, and the northern Mexican state of Coahuila, originated in Spanish Florida, where groups of escaped slaves from South Carolina and Georgia began seeking refuge in the early 18th century. After the end of the Seminole War in 1842, they were transported along with their Seminole Indian allies to Oklahoma. To avoid raids by slave-catchers, a portion of the Seminole Maroons moved to Mexico, where their descendants, known as Negros Mascogos, remain today. During the mid-19th century, some of these Mexican Seminoles moved to Texas, where they joined the U.S. Cavalry as part of a special division known as the Seminole Negro Indian Scouts. Their descendants live today in Brackettville and Del Rio, Texas.

Creativity and Resistance: Maroon Culture in the Americas was made possible with the support of the governments of Colombia, French Guiana, Jamaica, Suriname, and Guerrero, Mexico; the Texas Commission on the Arts and Texas Folklife Resources; Camille O. and William H. Cosby, Jr.; InterAmerican Foundation; and the Smithsonian Educational Outreach Fund.

Creativity and Resistance: Maroon Culture in the Americas

In 1739, more than 40 years before the United States won its war of independence with Britain, the British government, then among the most powerful in the world

Maroons: Rebel Slaves in the Americas

The man who was to become the first African-American maroon arrived within a decade of Columbus' landfall on the very first slave ship to reach the Americas. ...

The Political Organization of Maroon Communities in Suriname

Maroons are descendants of Africans forced to labor on plantations who escaped and, by waging guerilla wars in the 17th and 18th centuries, succeeded in forming

Arts of the Suriname Maroons

The daily life of Maroons in the interior of Suriname is unusually rich in artistic activity and aesthetic discussion. The anthropologist Melville Herskovits ...

The Maroons and Moore Town

When the famous navigator, Christopher Columbus, reached Jamaica on May 4, 1494, he found Arawak Indians there—gentle, peaceful aborigines. These people were put

The Accompong Town Maroons: Past and Present

The name Maroon refers to groups of people who resisted Spanish and English slavery—they defeated the English and gained freedom from being enslaved any longer.

I send cordial greetings to you [Ken Bilby]—and, respectfully and humbly, to the entire United States. I also send greetings to the President of the United ...

So. The person speaking here today, on the 26th of March, is Gaanman Gazon Matodja of Diitabiki. Today he will speak to the people of the United States. Well, I

Statement by Gaama Songo, Paramount Chief of the Saramaka People

So, Commissioner [Libretto], here I am again. I greet you. Well, I received your taped message. It's because of that taped message that I am speaking here, and

Our people have lived in Texas for over 100 years. Before that, we were in Mexico, where some of us still live, and before that we were in Oklahoma, and even ...