The Changing Soundscape in Indian Country 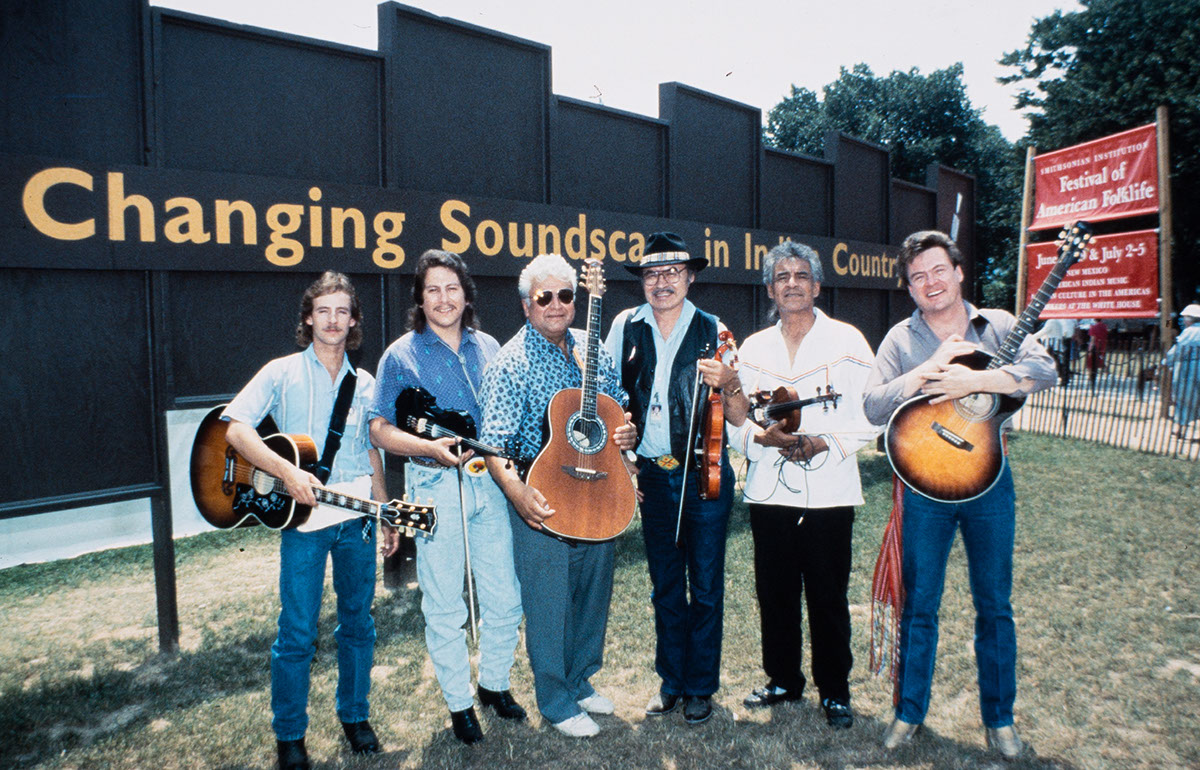 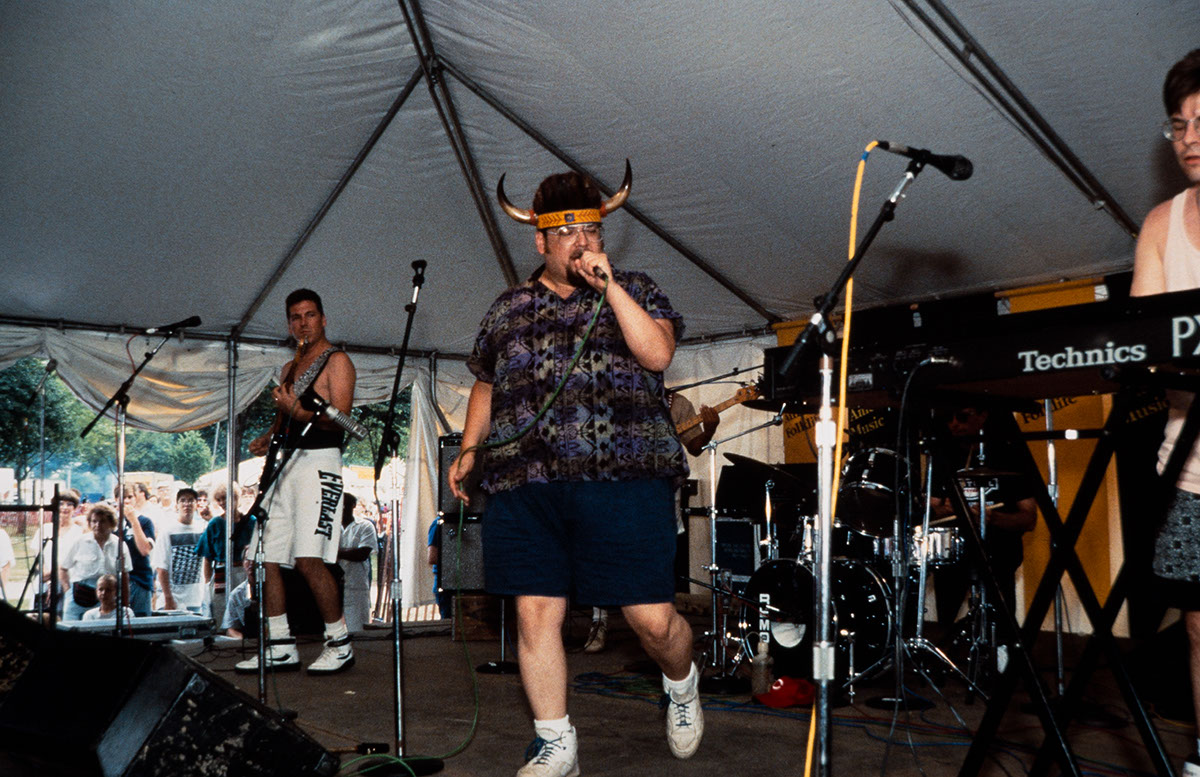 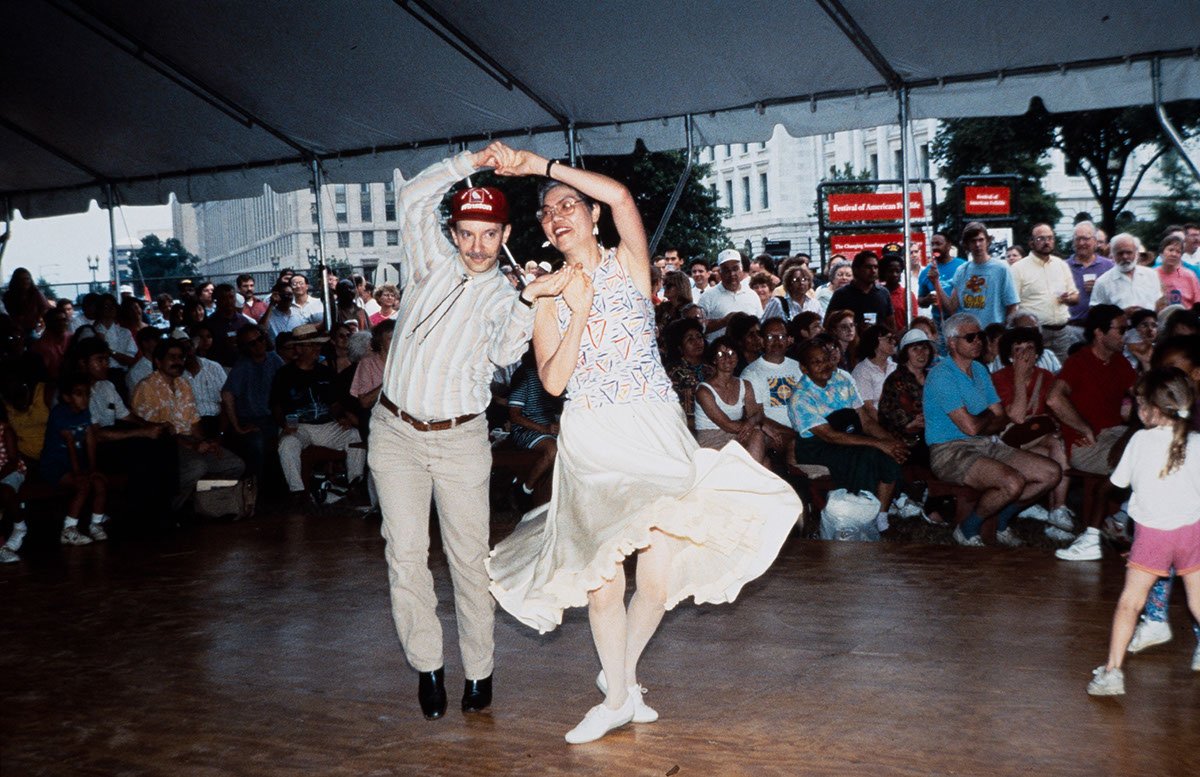 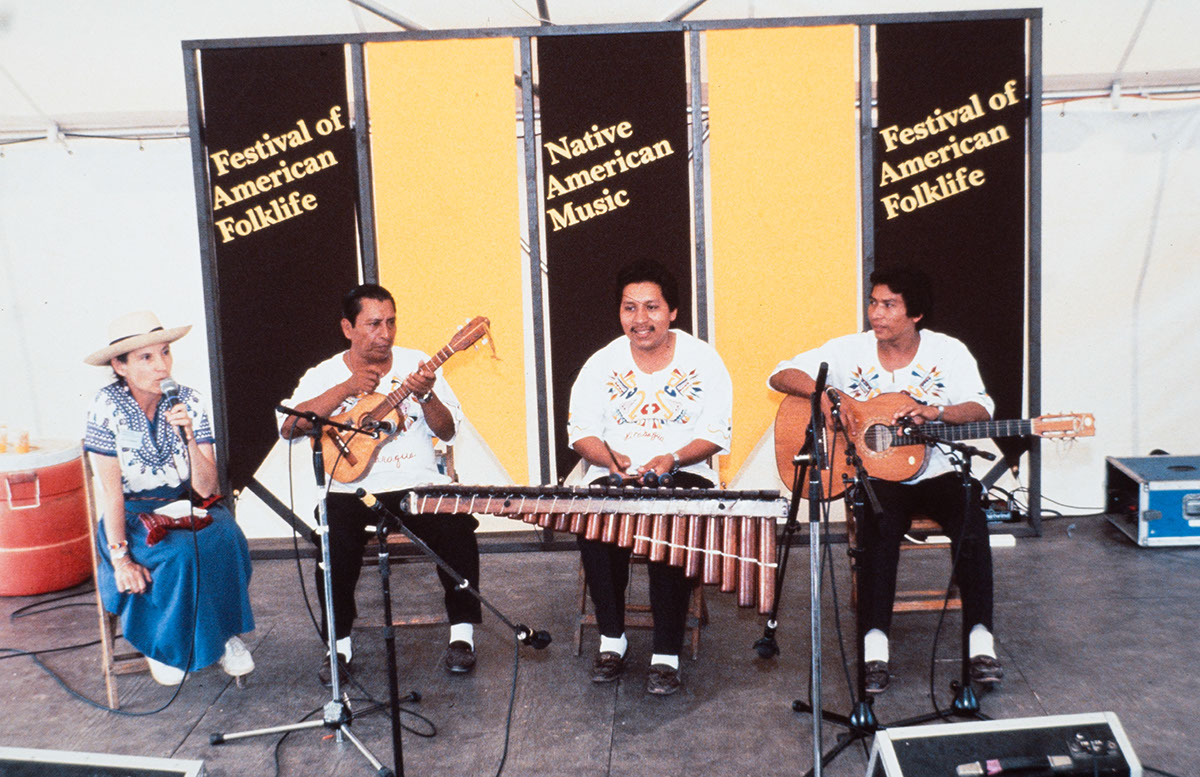 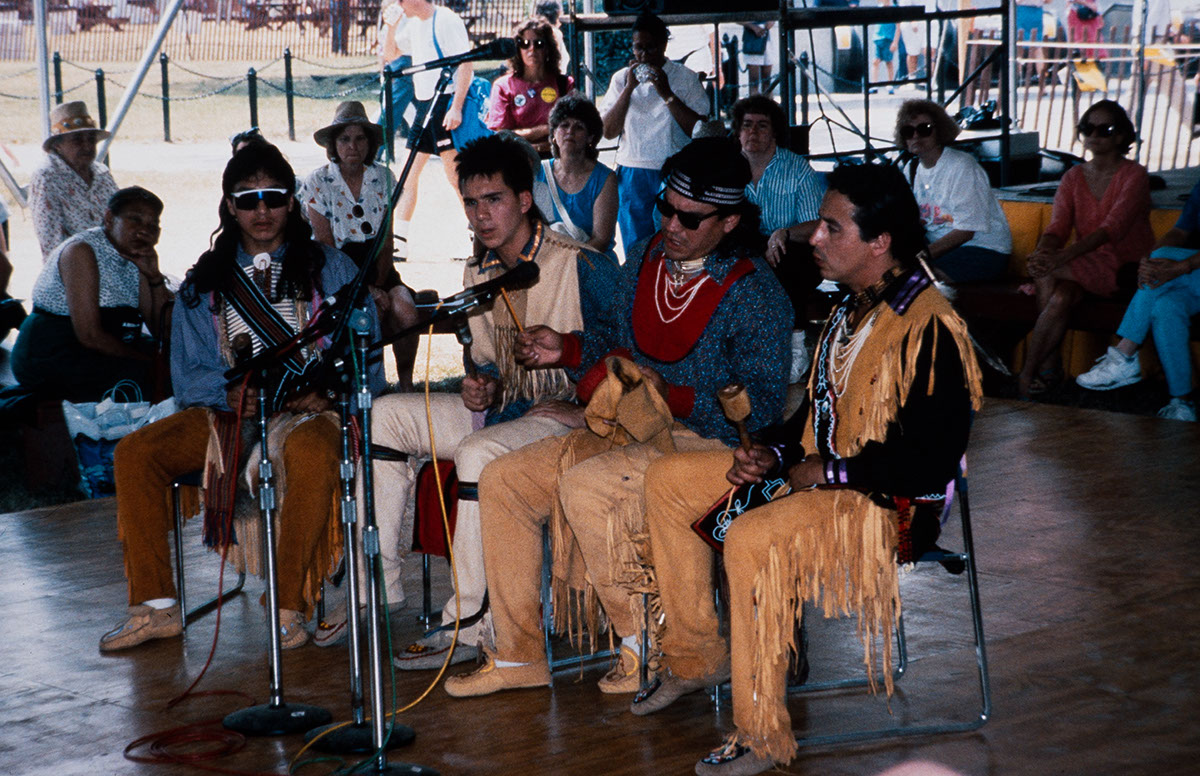 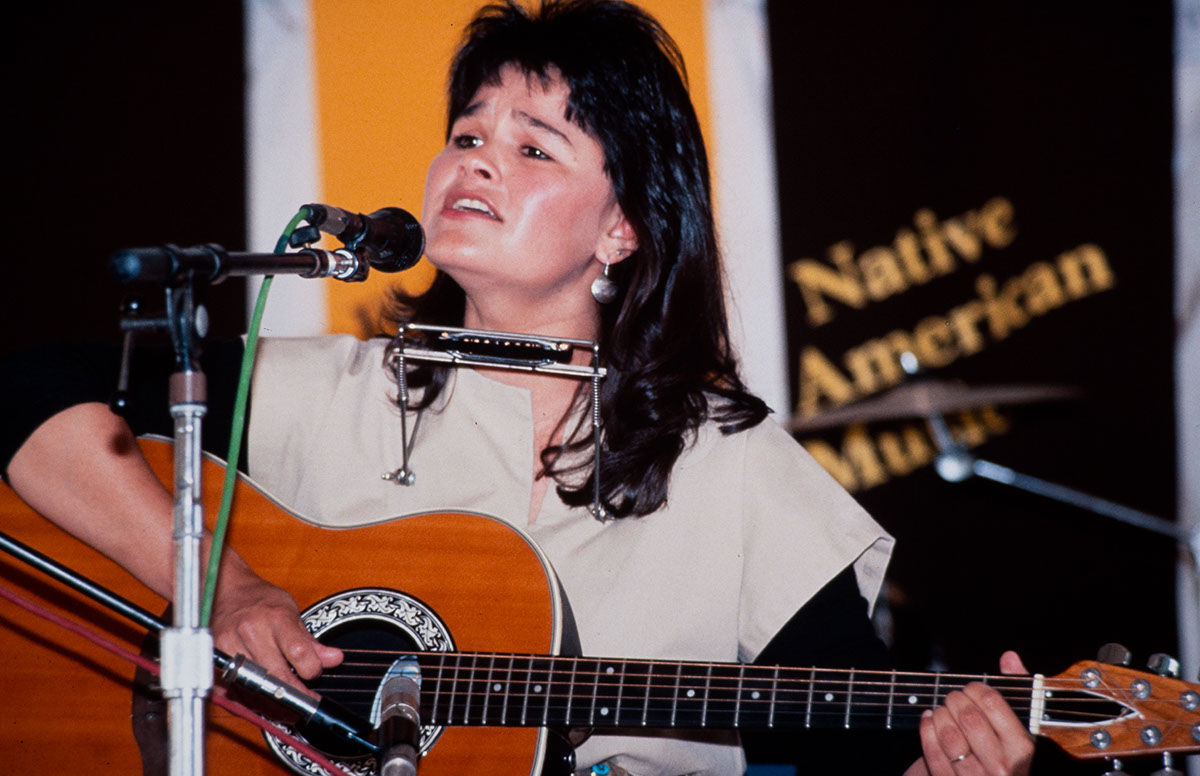 The program of American Indian music at the 1992 Festival represented as broad a range as possible of non- traditional musics being performed contemporaneously on reservations and in urban Indian communities. The curators felt it appropriate in the year of the Quincentenary to demonstrate some of the musical repercussions in Indian Country of the initial Columbian "encounter." Many of the performers came from very conservative Indian backgrounds; some were even religious practitioners, maintaining and providing the music required for ancient ceremonies. But some chose to go beyond the traditional music they were brought up with, to adopt other styles, to take up non-Indian musical instruments, to create songs with English texts in a contemporary idiom, and to perform before non-Indian as well as Indian audiences. This musical direction was a relatively recent development, which probably began with the protest singers of the 1960s.

Although European origins might have been discernible in many of the traditions presented at the Festival, it was Indian music, played by and for Indian people. Thus waila functions as a popular idiom for the O'odham on a Saturday night in Arizona, as does country and western, or blues in bars or nightclubs on or near reservations in other parts of North America, or marimba or brass bands in small town festivals throughout Mexico and Central America. Because music is never static, traditions continue to evolve, and the program taught Festival visitors to expect further changes in the soundscape of Indian Country in years to come.

The Changing Soundscape in Indian Country, co-sponsored by the Smithsonian Institution's National Museum of the American Indian, was made possible with the support of the Music Performance Trust Funds and the government of Nicaragua.

The Changing Soundscape in Indian Country

By its very nature, music is never totally static; over time, even the most conservative of musical traditions have been susceptible to change, however slight.

A Hopi in Two Musical Worlds

When our people first emerged onto this, the Fourth World, they came upon Massau, guardian of this world. Our people asked to live here and were given ...

The Christianization of a majority of the members of the Cherokee Nation has spawned hymns and gospel songs—new kinds of Indian music. Cherokees' interaction ...