The Caribbean: Cultural Encounters in the New World 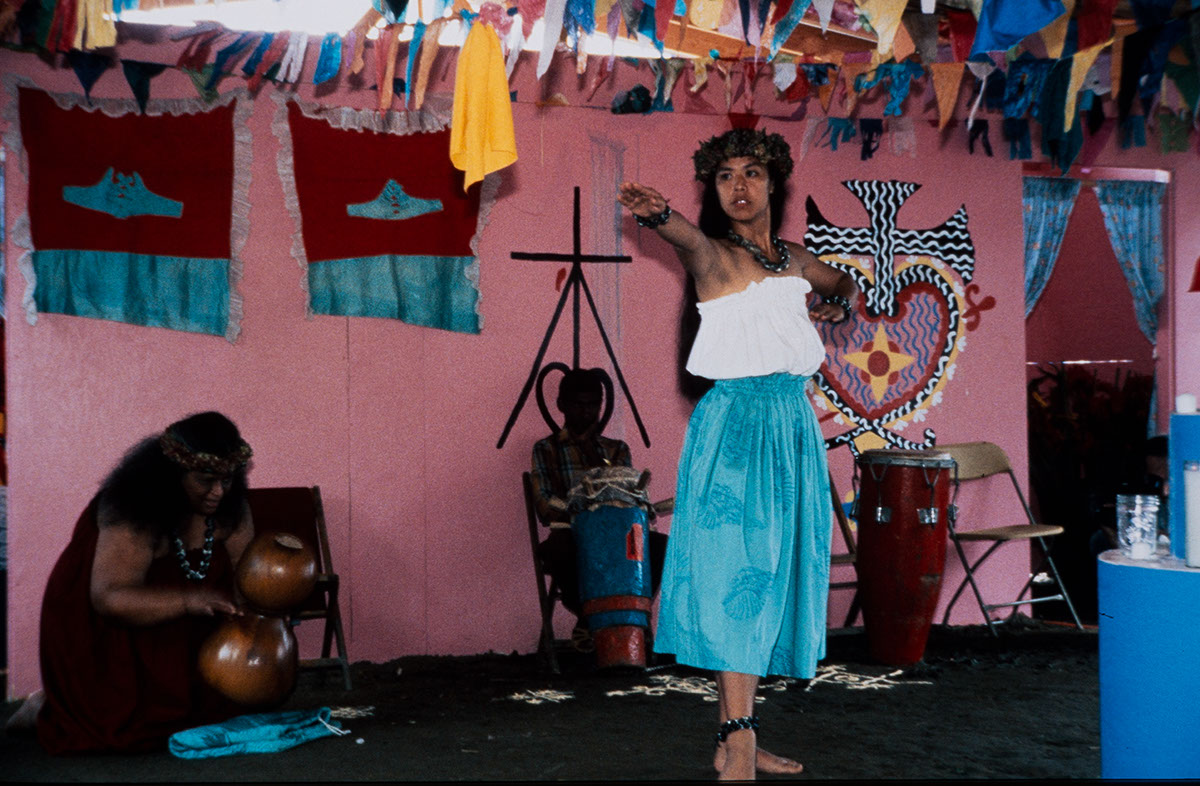 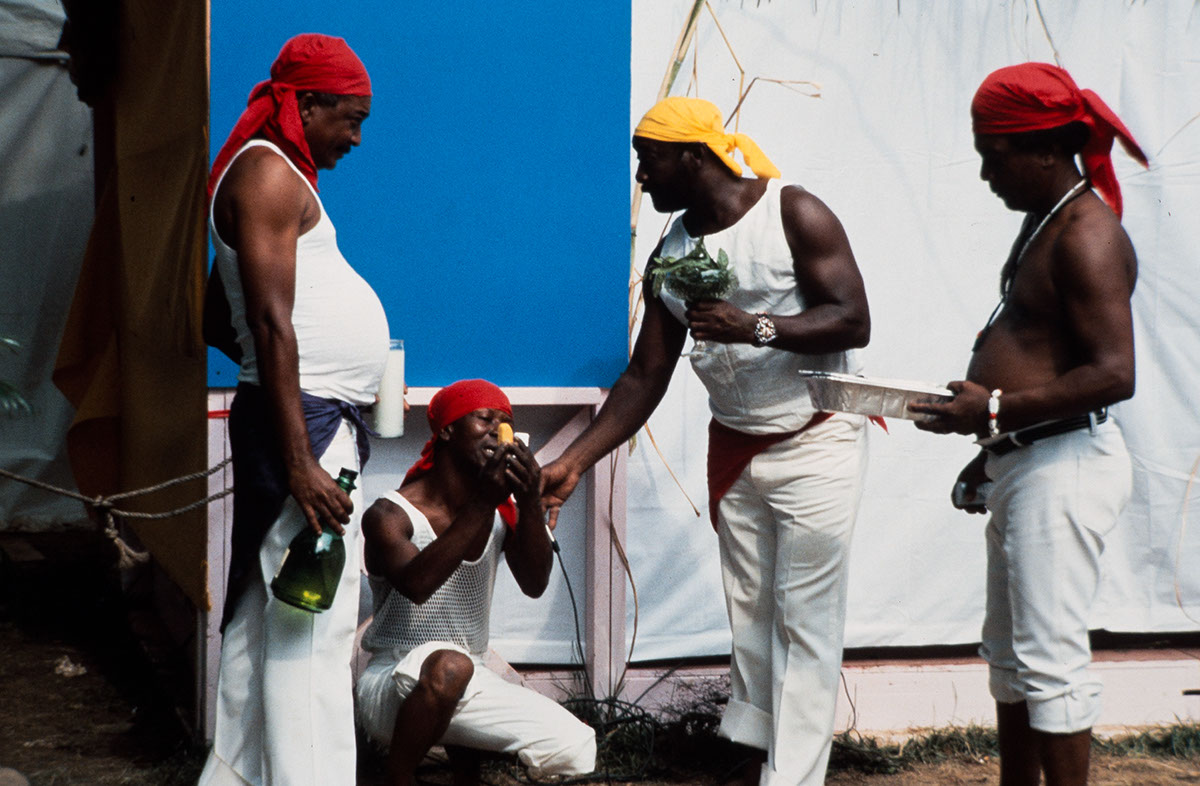 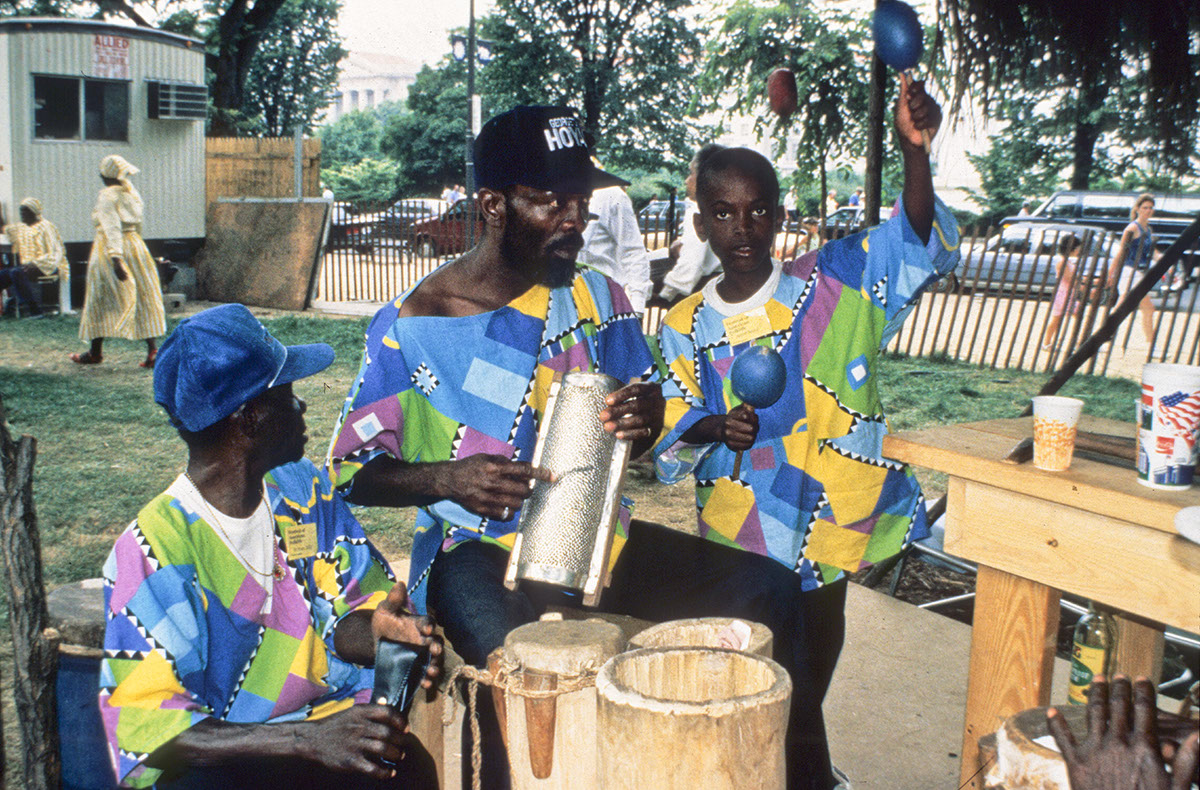 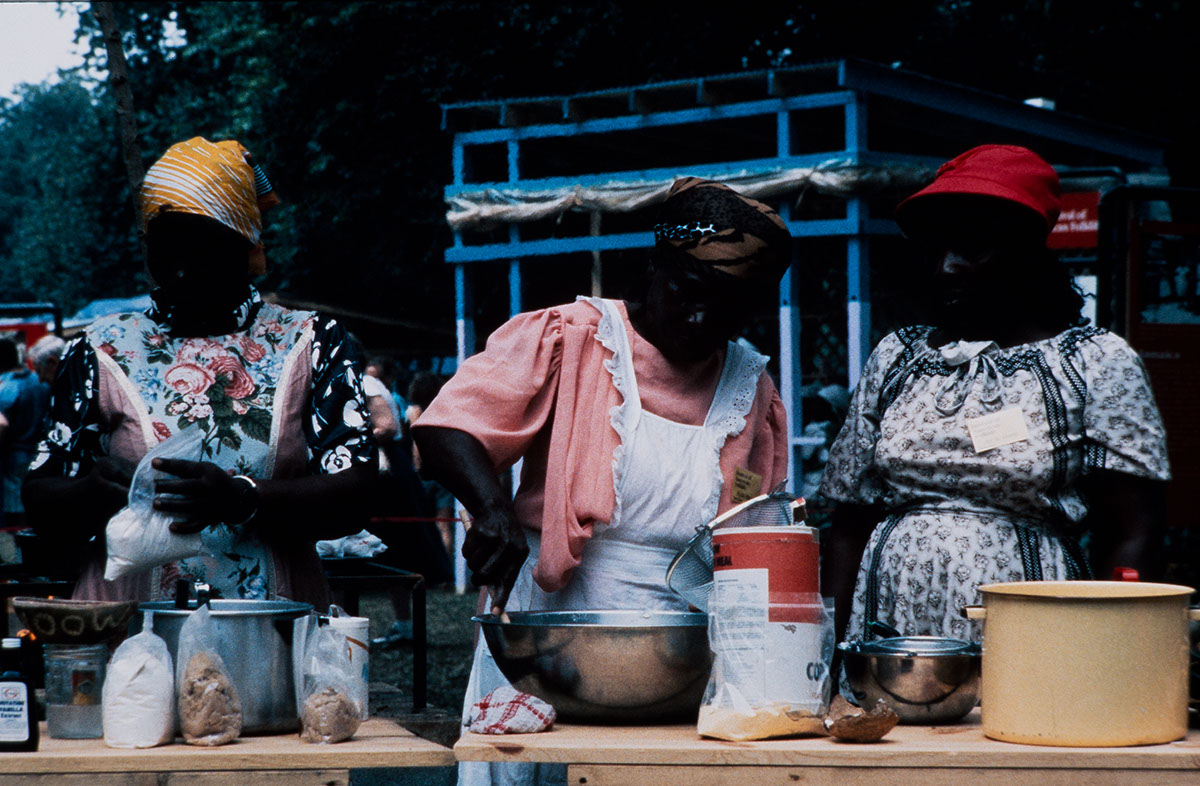 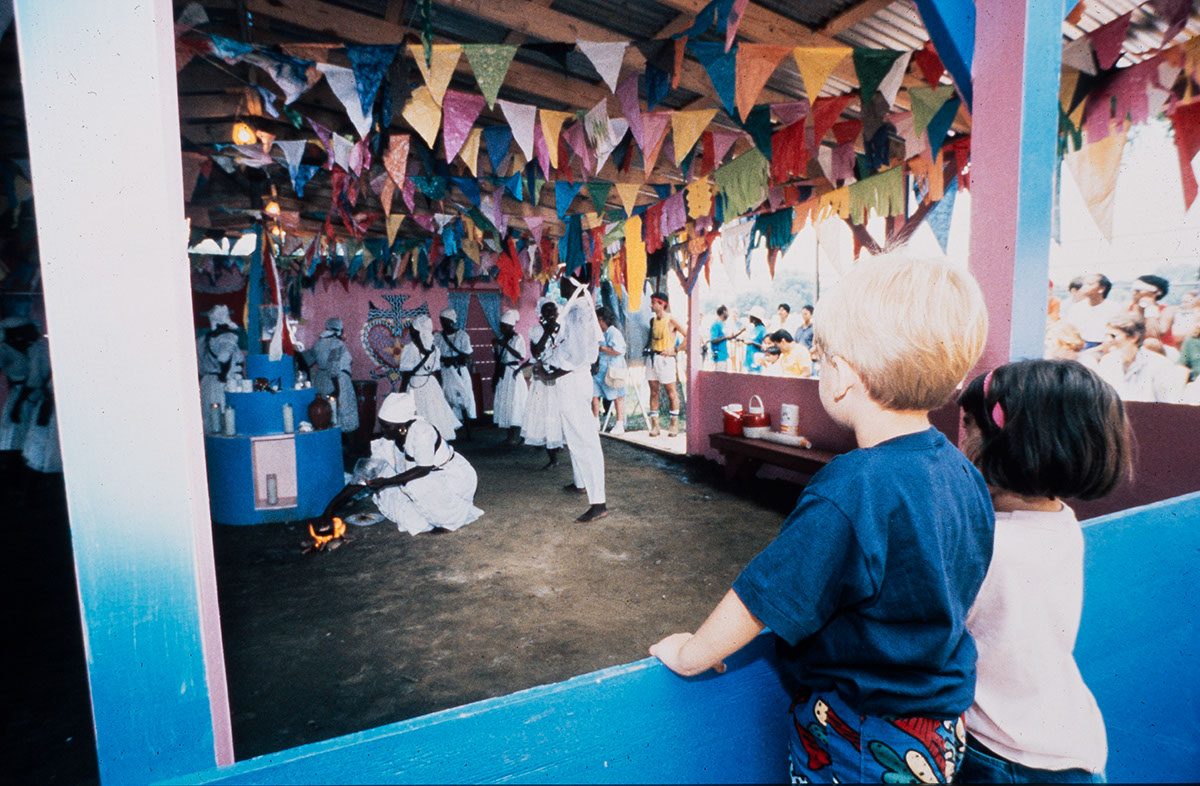 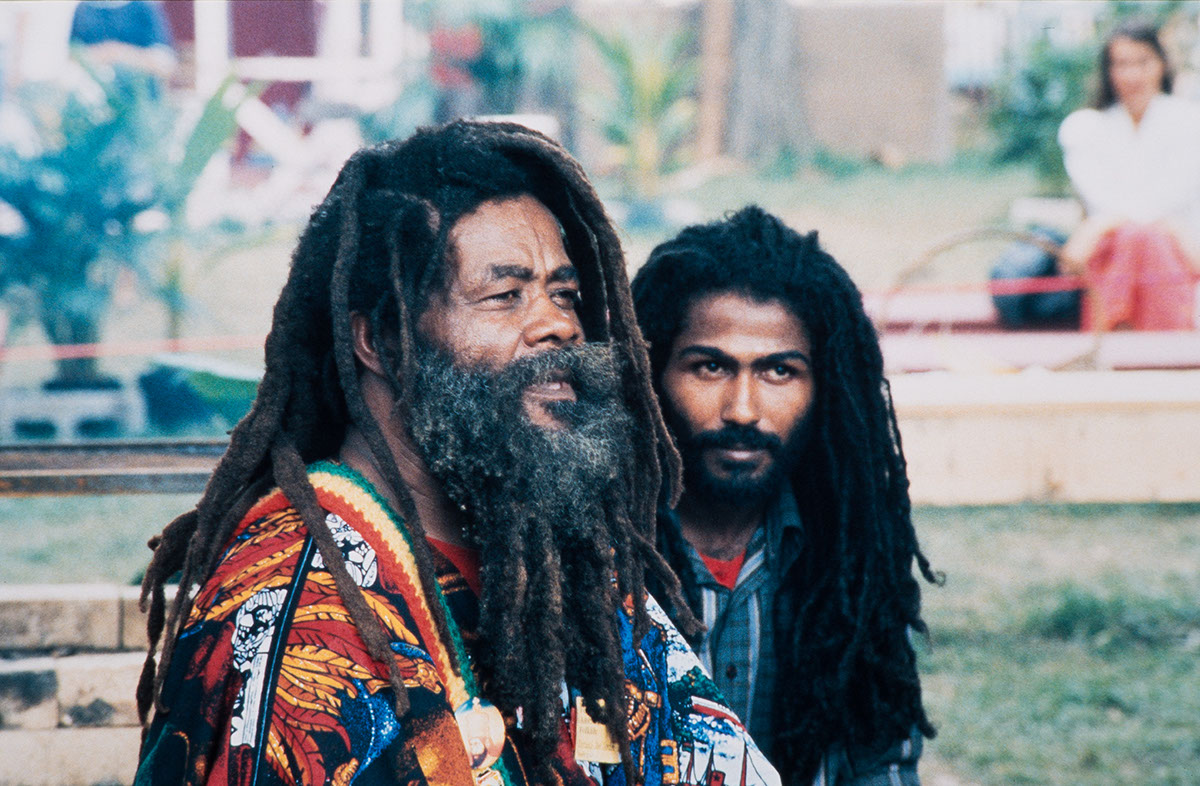 The Caribbean region encompasses a wealth of cultures that have evolved over centuries of complex, turbulent, and profound interactions - within a limited geographical area - among the indigenous peoples of the area, Europeans from several countries, peoples from West Africa, and in some cases, indentured servants from India and East Asia. The Caribbean program at the 1989 Festival was but one of many ways to present Caribbean cultural traditions. The program traced the creative integration and synthesis of new cultural traditions from elements of diverse origin that had been juxtaposed or had previously coexisted independently. The music and ritual performances and foodways demonstrations did not merely trace the static persistence of indigenous, African, or European culture traits in the Caribbean, but instead illustrated their transmutation into a fresh cultural amalgam forming the base of emergent identity. This emergence occurs not only in the Caribbean but also in the mainland United States, whose eastern cities have become havens for disinherited peoples of the Caribbean.

The creole traditions of the Caribbean invite Festival visitors to think not only about our complex past, but our cultural future as well. By 1989, the United States was no longer a mere spectator or manipulator of distant Caribbean transformations, but also an arena for ongoing cultural innovation. The 1989 program thus brought together folk musicians, ritual practitioners, folk performers, and cooks from the islands of the Antilles to demonstrate the interactions between Native, European, African, and even Asian cultures that resulted in the creation of new cultural forms. In the Caribbean region people of diverse ethnicity live side by side. Though they do not indiscriminately share a uniform common culture, their lifeways crisscross and intermingle. The Festival program could only begin to trace some of the cultural traditions at the root of these complex, unique, and dynamic Caribbean expressions.

Creolization in the Caribbean

For most Americans the Caribbean evokes an image of sunny, fine sand beaches lapped by crystalline waters. For many, it is a synonym for tropical music and fun,

Enslaved Yoruba from southwestern Nigeria, brought to Cuba in great numbers between 1790 and 1865, carried with them numerous powerful divinities called orisha.

Jah Music:Rhythms of the Rastafari

The Rastafari are among the most African-oriented members of Jamaican society, but they are also among its most creative synthesizers. This is illustrated by ...