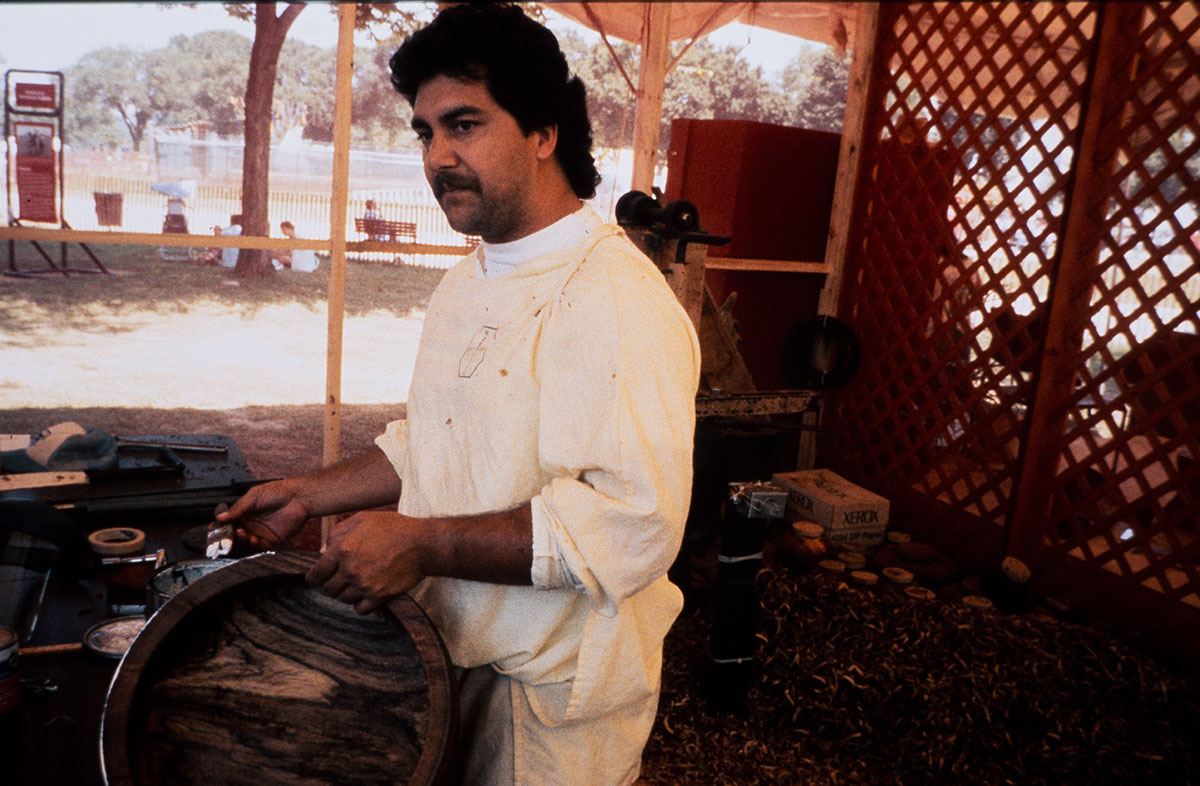 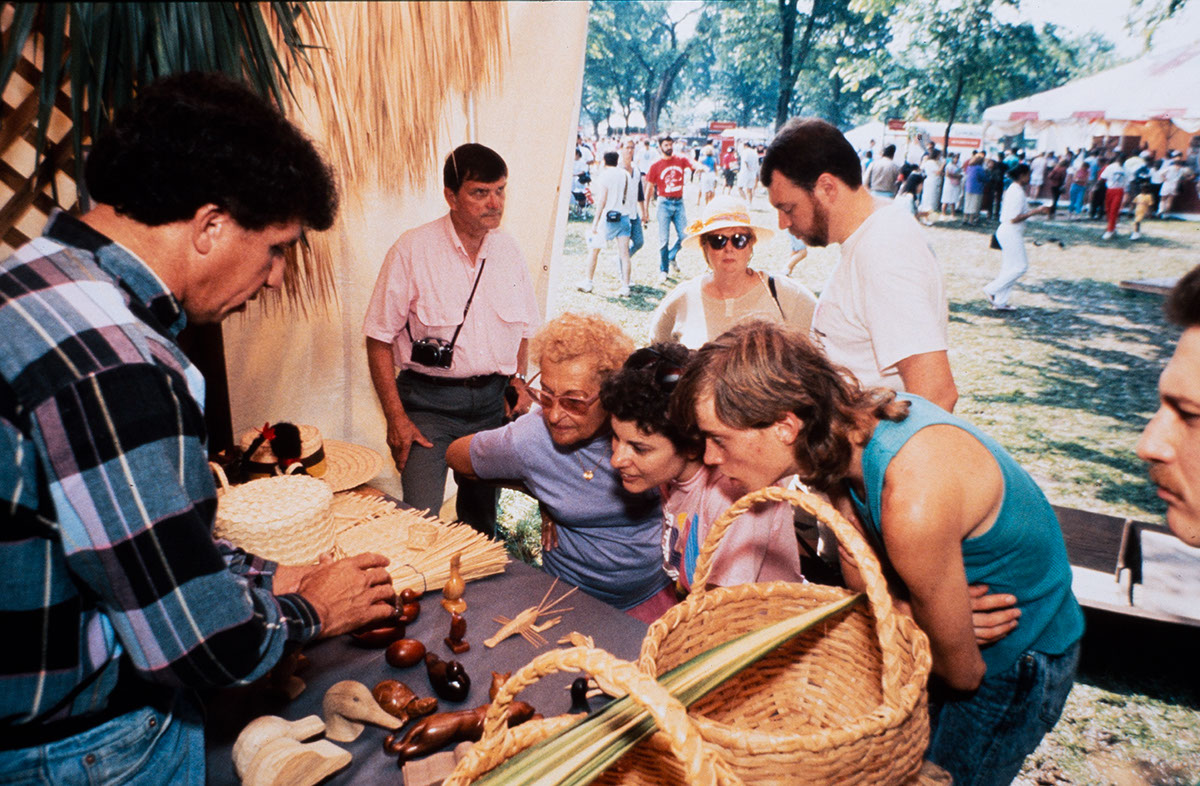 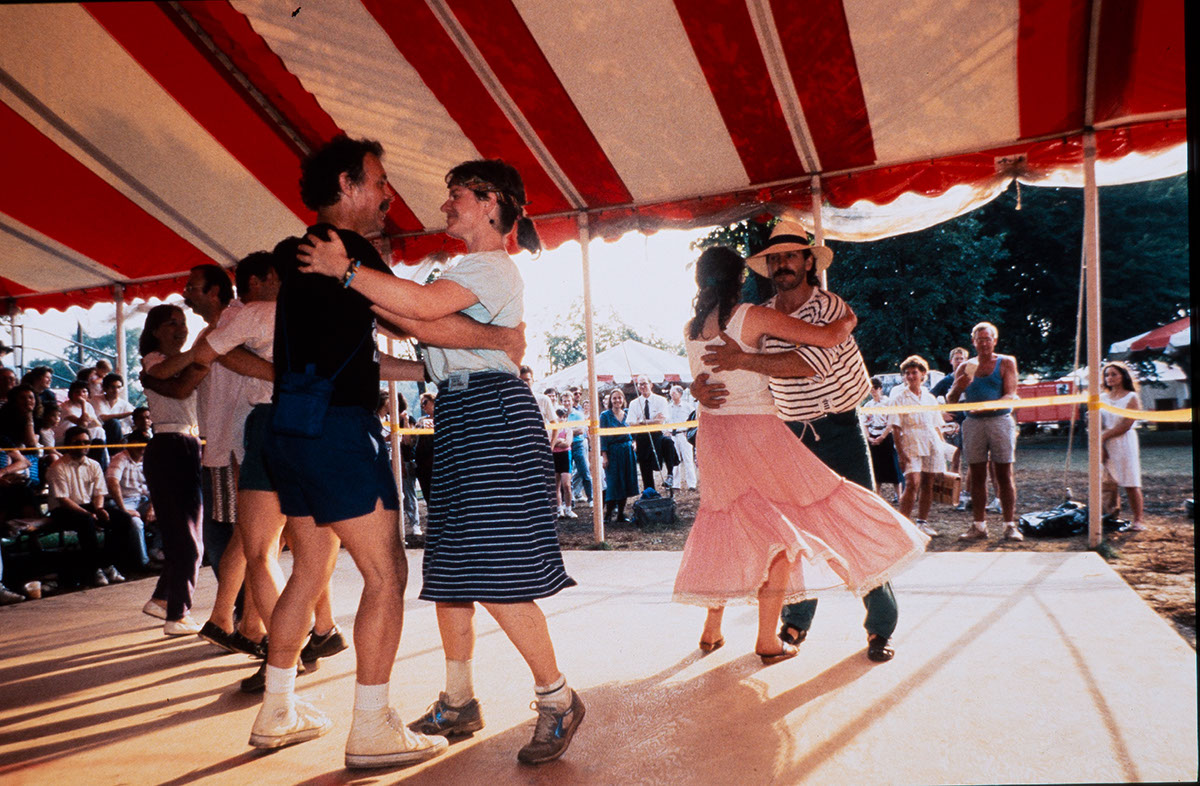 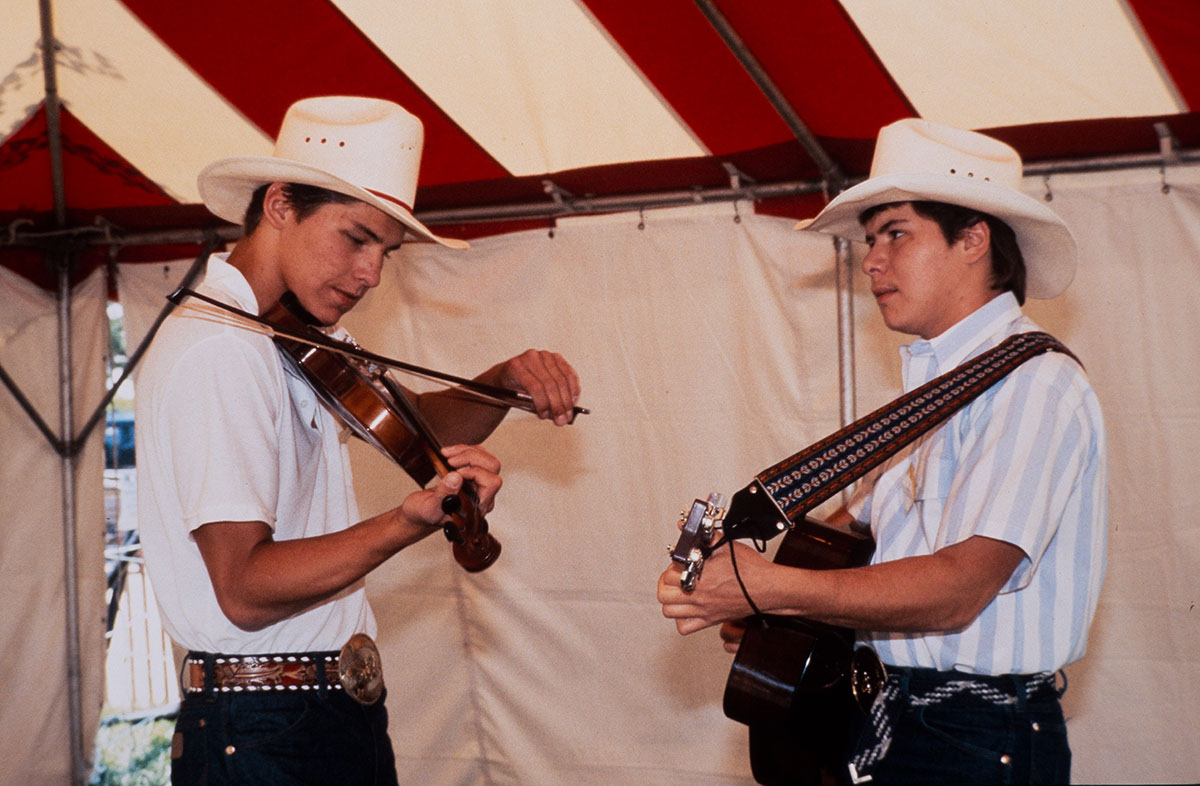 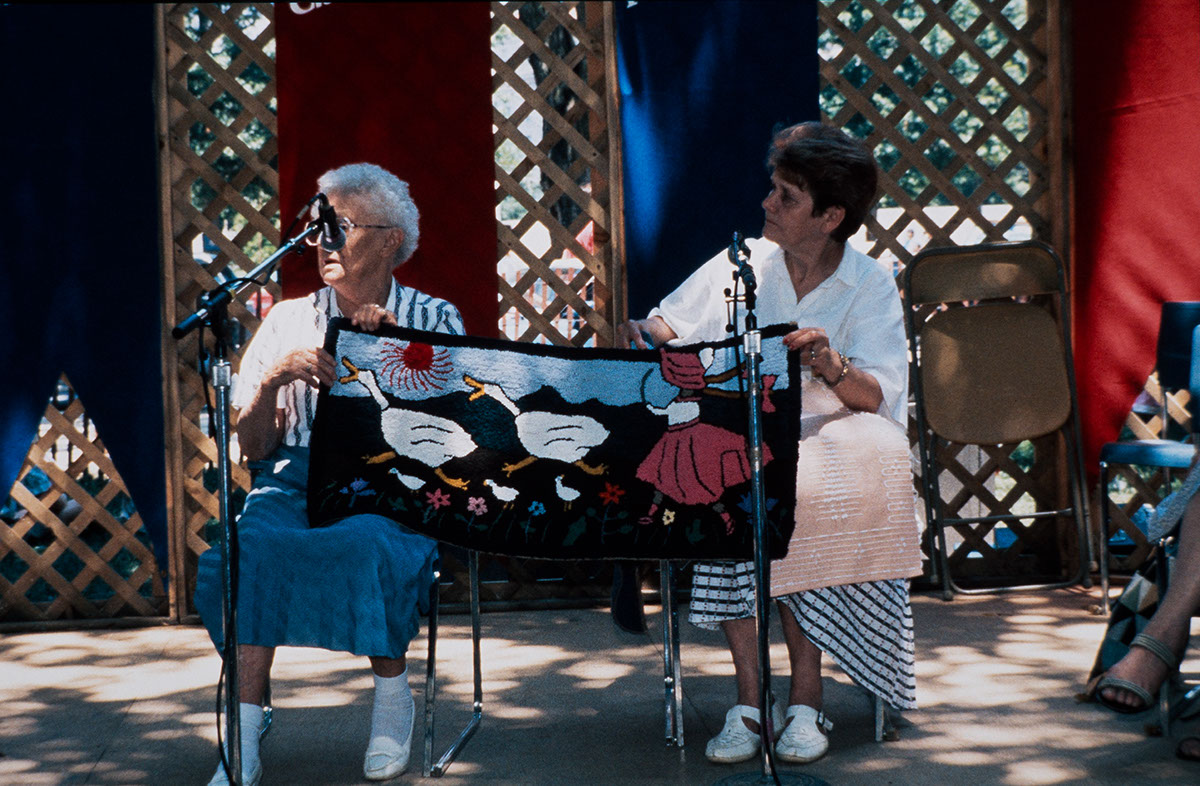 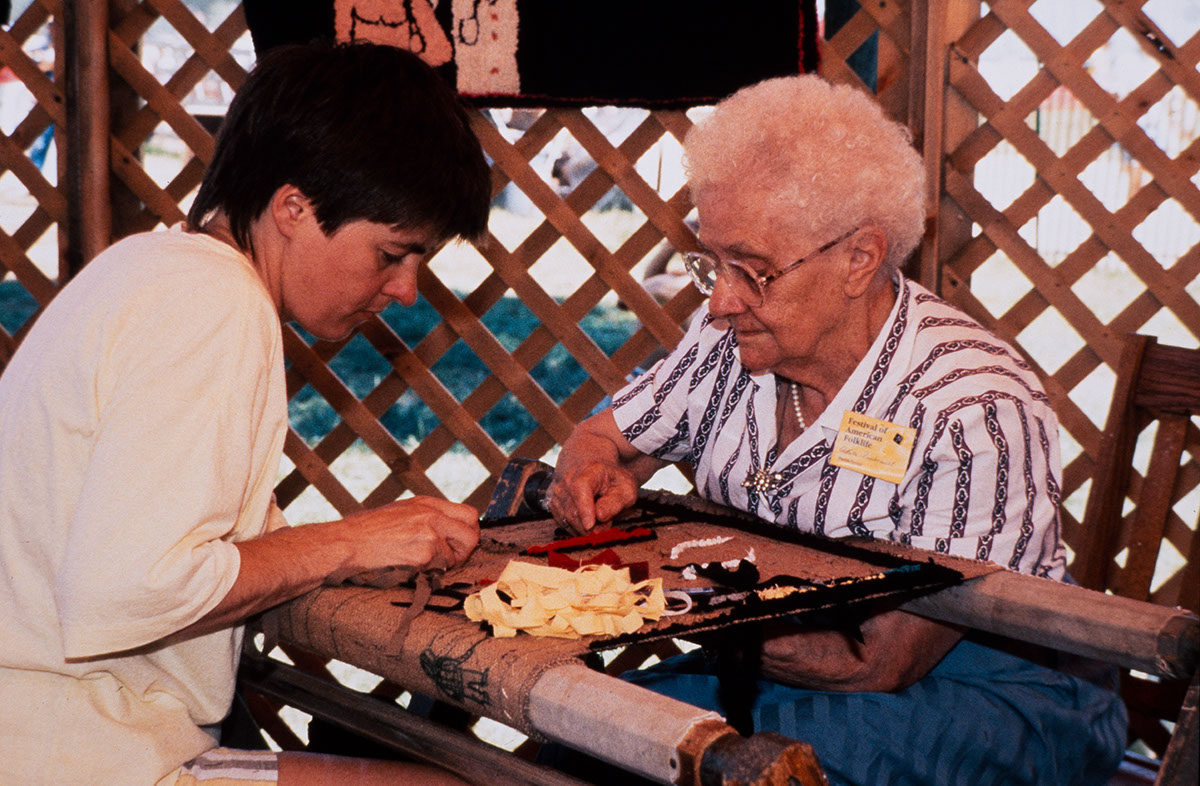 The 1989 Festival celebrated the bicentennial of the French Revolution by examining contemporary folk traditions of France and of French-speaking peoples of North America. The people of Britanny, Normandy, Poitou, Quebec, and the French-speaking communities of New England and Louisiana, North Dakota and Missouri share a common origin and linguistic affinity. Each of these communities had selectively preserved and modified this French cultural heritage in a specific historical and geographical setting despite pressures toward cultural homogenization and political attempts to restrict cultural continuity. Common and transformed elements of expressive culture continued to serve each group's own internally defined needs, including that of self- identification within a larger society.

Today's varied mosaic of French-derived or influenced oral traditions in North America resulted from various migrations: French who came to Quebec or Acadia, others who settled in Louisiana, Acadians who returned to France and then migrated again to Louisiana, French Canadians who came down the Mississippi and settled in Illinois and Missouri, French coureurs de bois (woodsmen) who intermarried with American Indians, slaves brought to French colonies to help meet agrarian needs, and Quebecois who immigrated to New England. In some communities a large number of active bearers of these traditions maintain them proudly; in other communities French-derived traditions are scarce, and the number of active bearers very small. In yet others, such as the Metis in North Dakota, French traditions have become part of a new cultural complex through the conscious creation of a new cultural lifestyle.

What all the communities presented at the Festival shared was a renewed interest in traditional repertoires. In some instances, younger performers and craftspeople were direct heirs to an unbroken tradition. Raised in a particular region and conscious of the importance and beauty of the traditions borne by their families, they acquired the skills of their forefathers. Others, having become conscious of the importance of their region's heritage, deliberately decided to carry on the tradition even though it may not have been present in their family or had been interrupted briefly. Other performers and craftspeople were more clearly "revivalists"; attracted by older traditions from their area or from other areas, they consciously decided to recreate these traditions whether or not their own ancestors subscribed to those traditions. What animates both the perpetuation of traditional forms and their revival is the desire of tradition bearers, individuals or communities, to assert their distinct identity, to fight against homogenization, to maintain the right vested in all human beings to express themselves in the manner that their ancestors bequeathed to them.

Les Fêtes Chez Nous: France and North America, a program on the occasion of the Bicentennial of the French Revolution and the Declaration of the Rights of Man and of the Citizen, was made possible by the American Committee on the French Revolution with the generous support of the following corporations and foundations: Archer-Daniels-Midland Foundation, Arthur Andersen & Co., General Electric Foundation, Gulf + Western Foundation, ITI Corporation, KPMG Peat Marwick, Lazard Freres, Warner-Lambert Company and the assistance of the government of the Republic of France and the province of Quebec.

French Traditions: Their History and Continuity in North America

This year we celebrate the bicentennial of the French Revolution by examining contemporary folk traditions of France and of French-speaking peoples of North ...