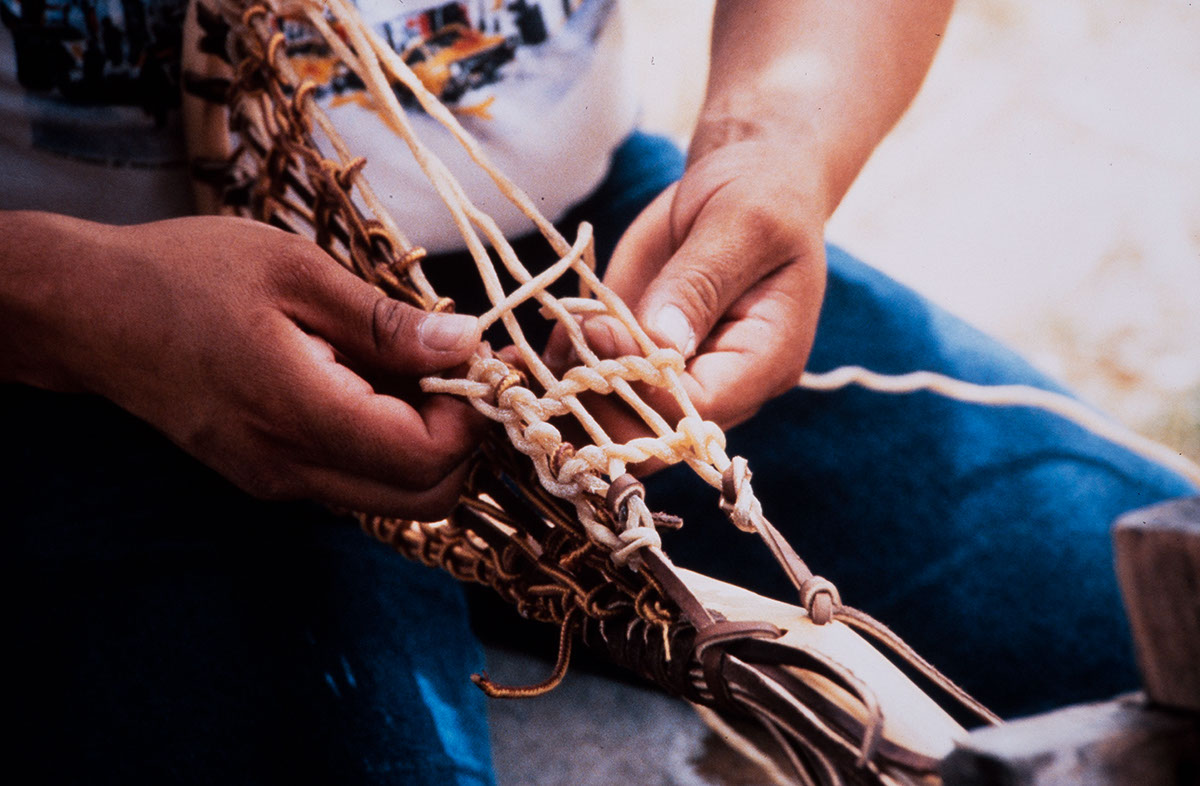 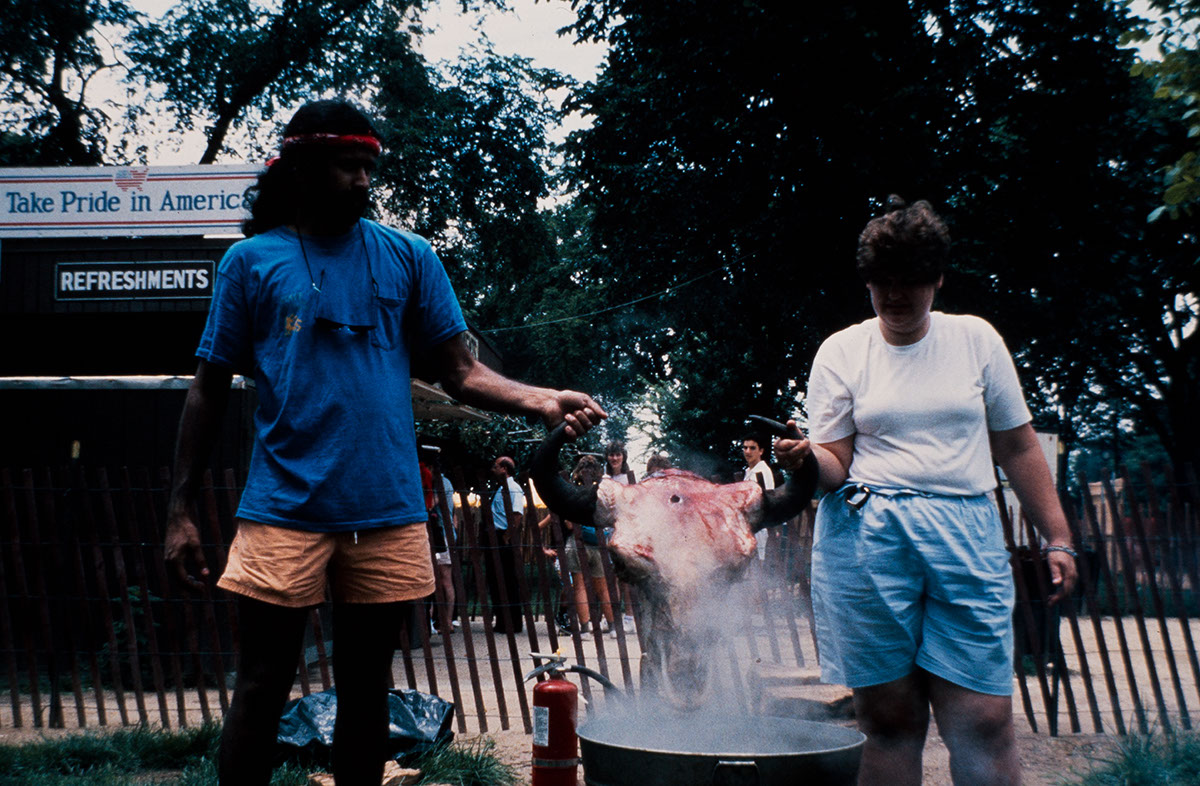 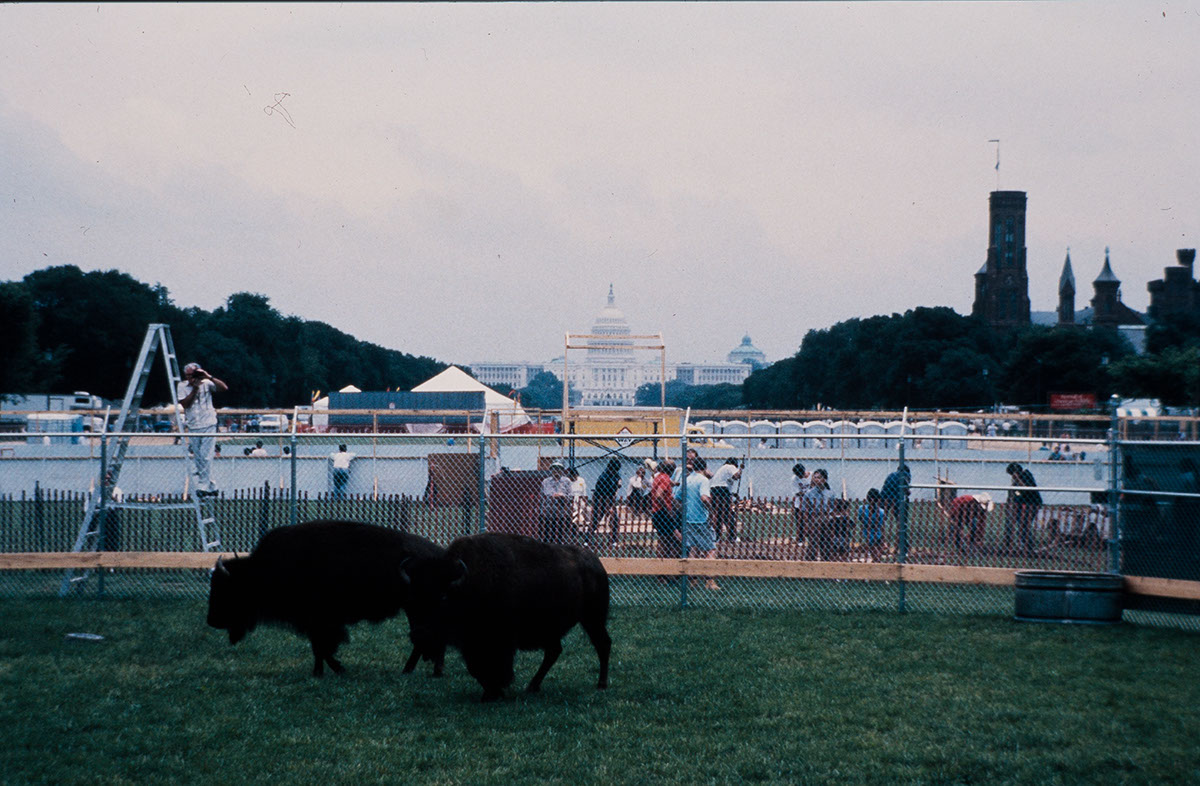 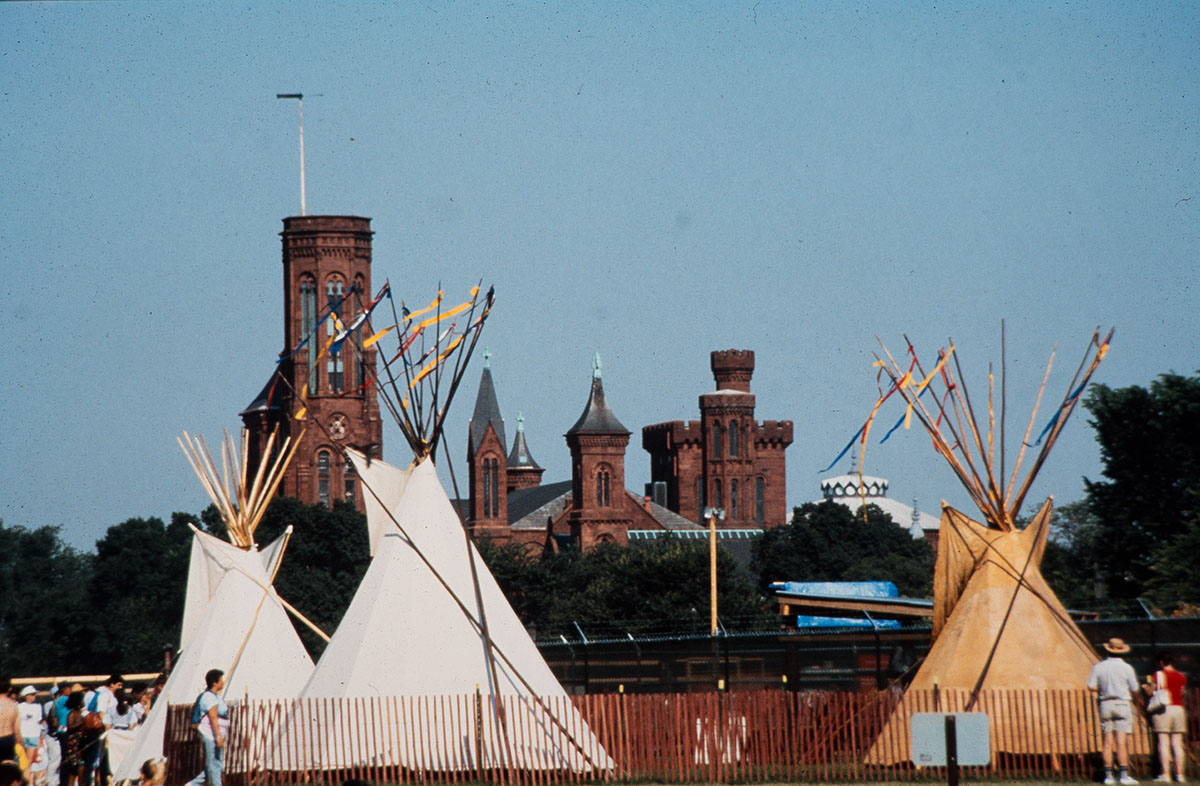 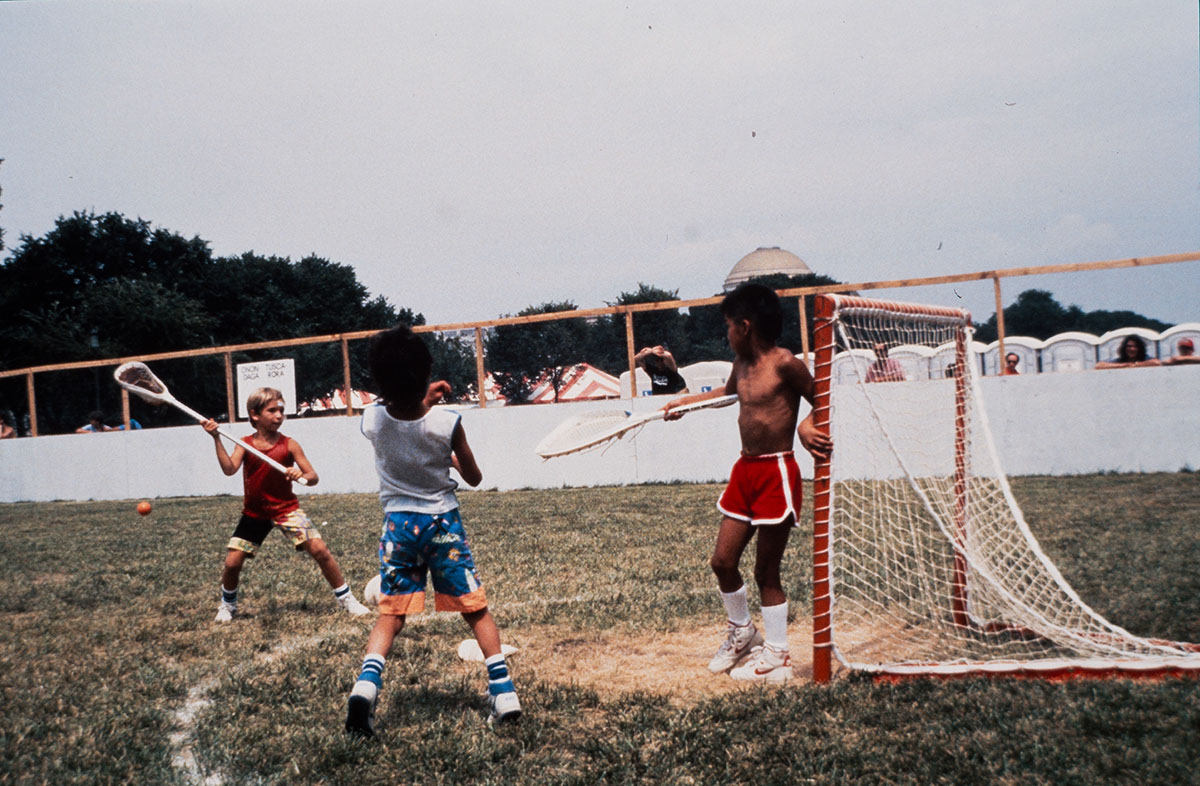 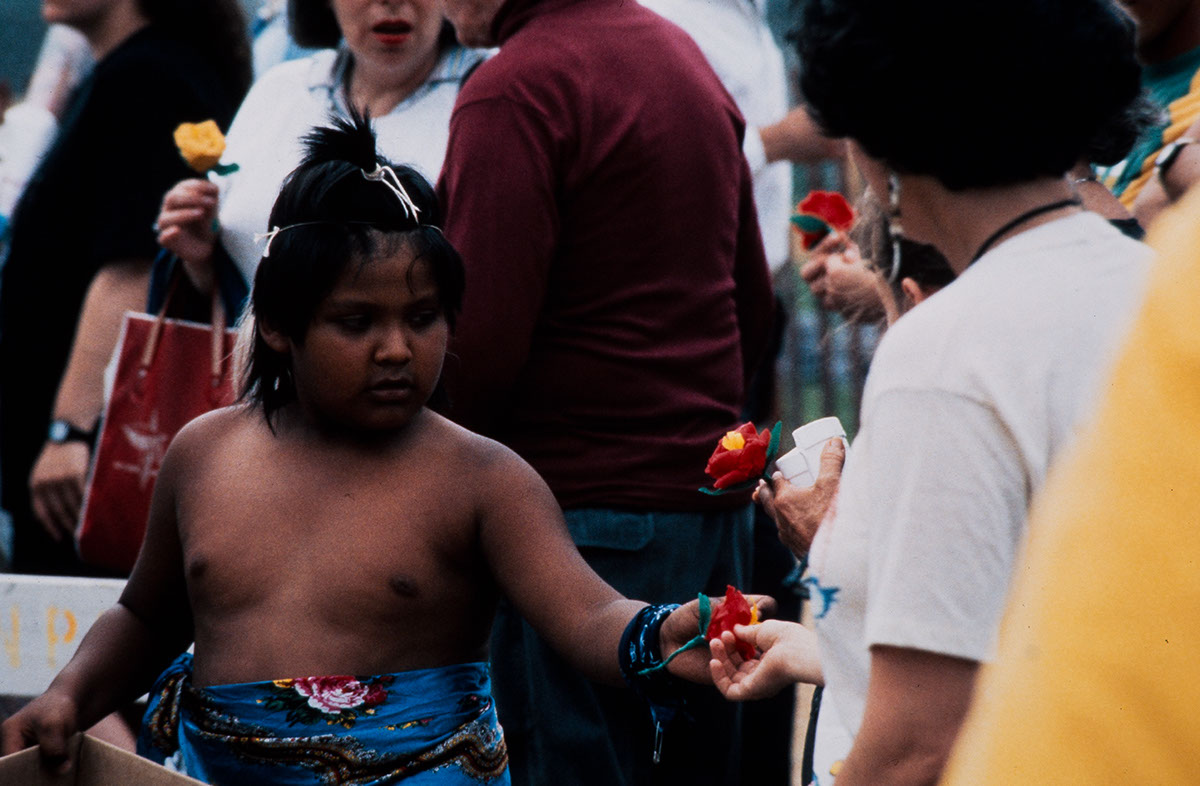 By 1989, visitors to the Festival had been treated for more than two decades to a rich cross section of American Indian cultures. In recontextualized settings on the Mall, members of many tribes shared their repertoires of songs and dances; constructed their wigwams, tipis, and brush arbors; coiled, glazed, and fired their pottery; wove their baskets, seamless yarn bags, and saddle blankets. Festival visitors did not, however, see these traditions in their natural contexts - on distant reservations or in pueblo plazas. Admiring the skills and enjoying the presentations, visitors might well assume that they are well and flourishing in their home communities. However, the 1989 Festival addressed the issue of what is required to keep such traditions alive today. At home many of these craftspeople and performers face economic hardship, their talents and aesthetic knowledge are ignored or considered obsolete, and the materials required to support their efforts are inaccessible or endangered.

The American Indian program at the 1989 Festival addressed head-on the entire issue of access in a broadly conceived interpretation of the term. Simply put, what are the problems Indian people face maintaining their traditional cultures and thus their cultural identity as tribes and as individuals? Almost always the answer will identify impediments imposed by the dominant Euro American society, motivated by economic, political, or social considerations. Access to natural materials such as willows for basketry is an obvious problem; others are more subtle. Access to traditional food sources is another problem addressed by the Festival. Indian access to recognition is perhaps the most subtle of the themes that was considered in this year's Festival program.

For more than two decades visitors to the Festival of American Folklife have been treated to a rich cross section of American Indian cultures. In ...