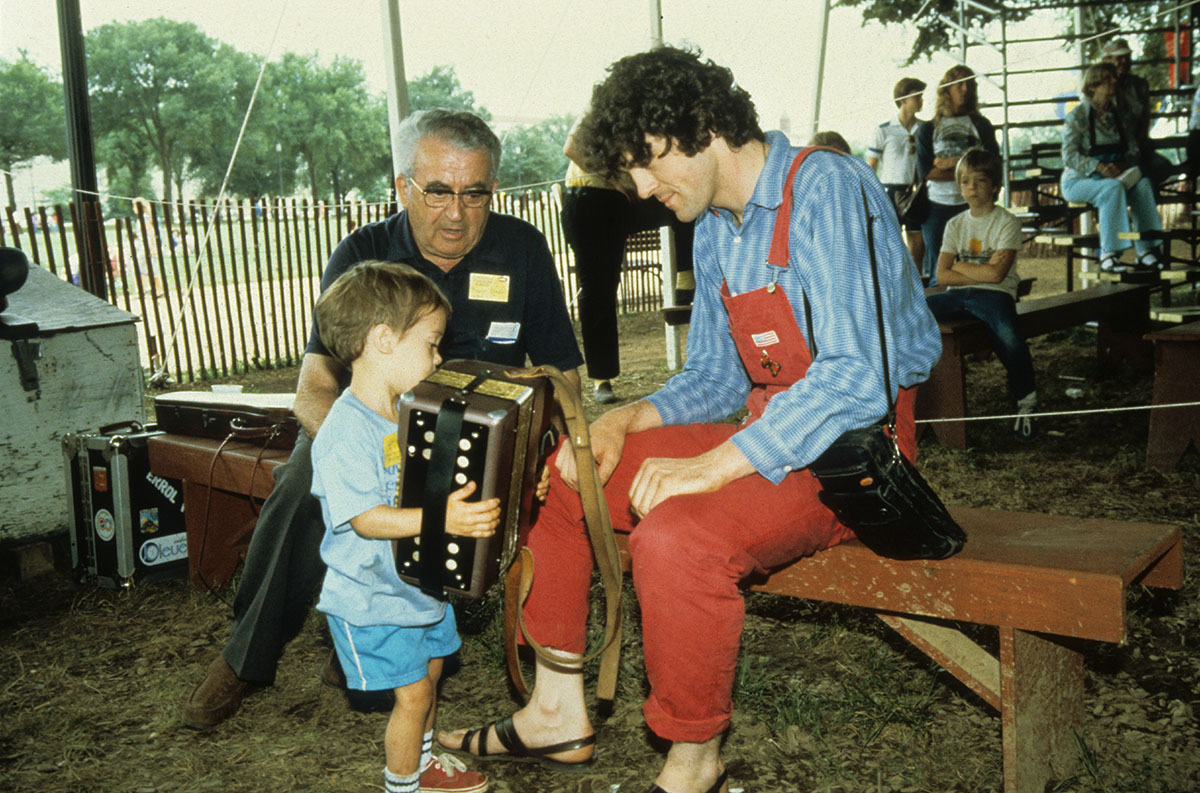 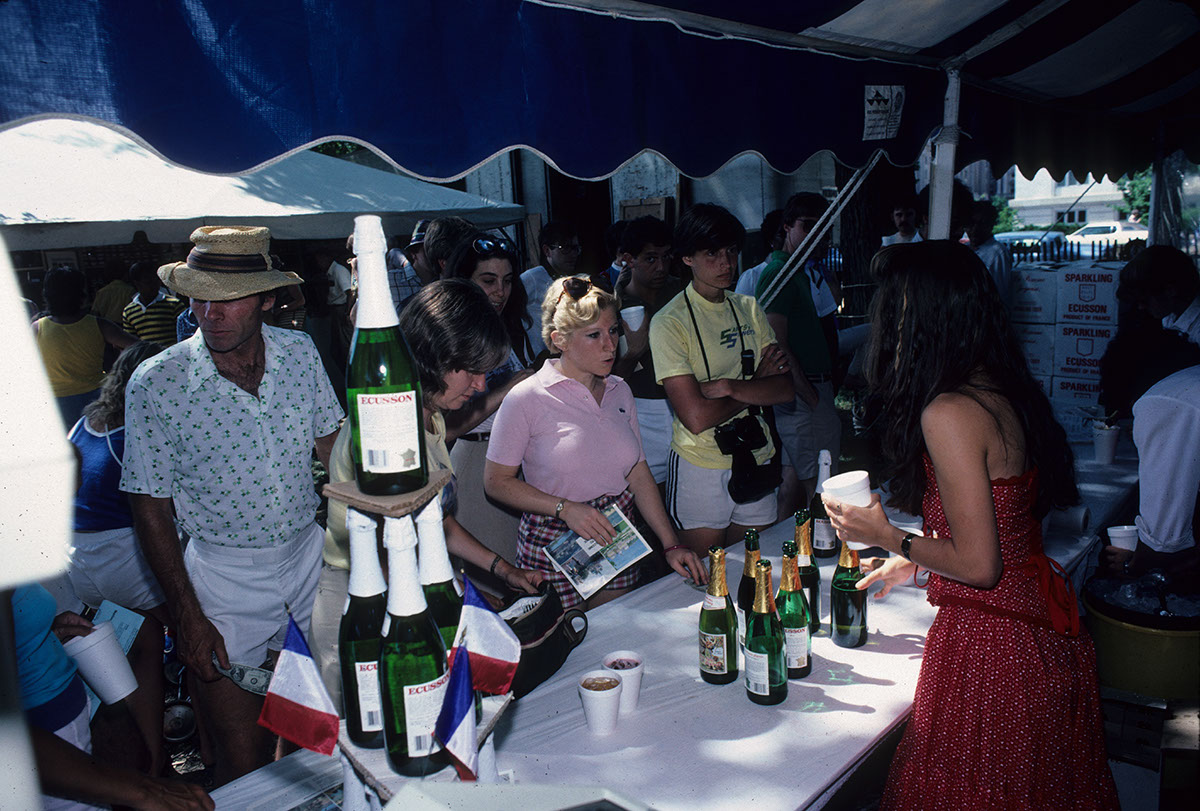 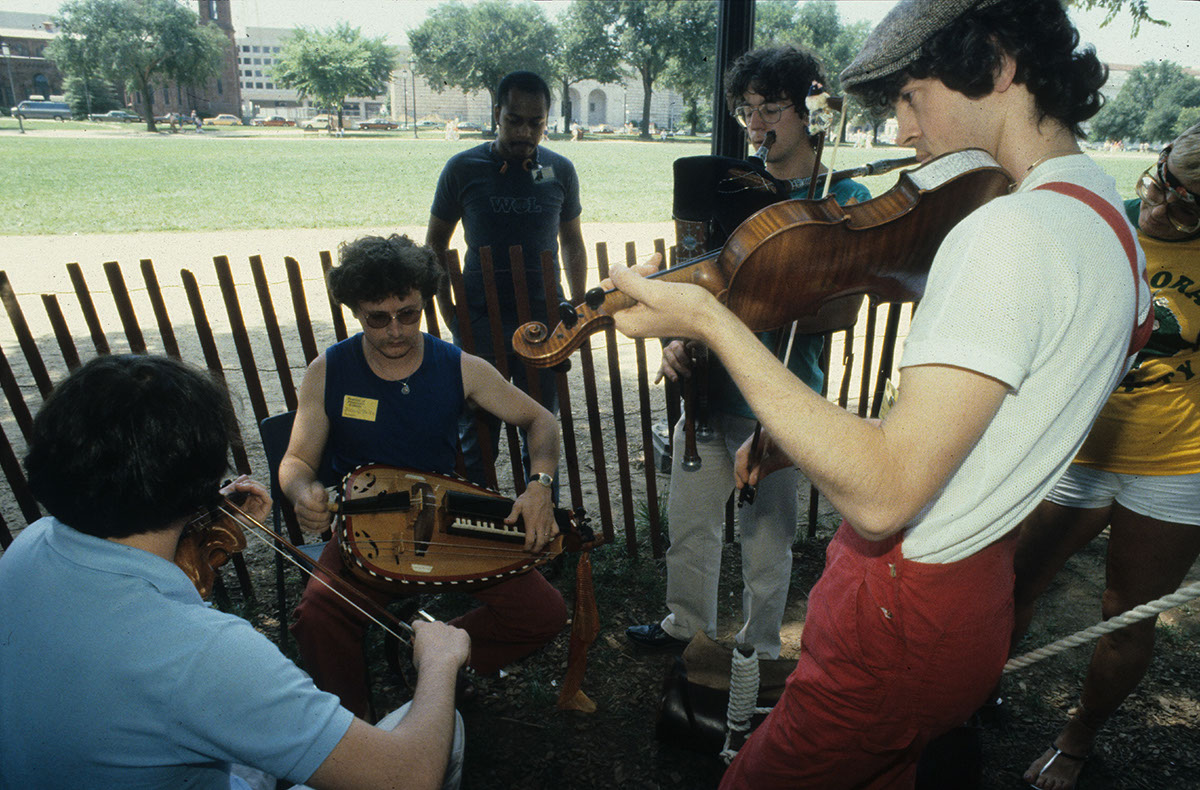 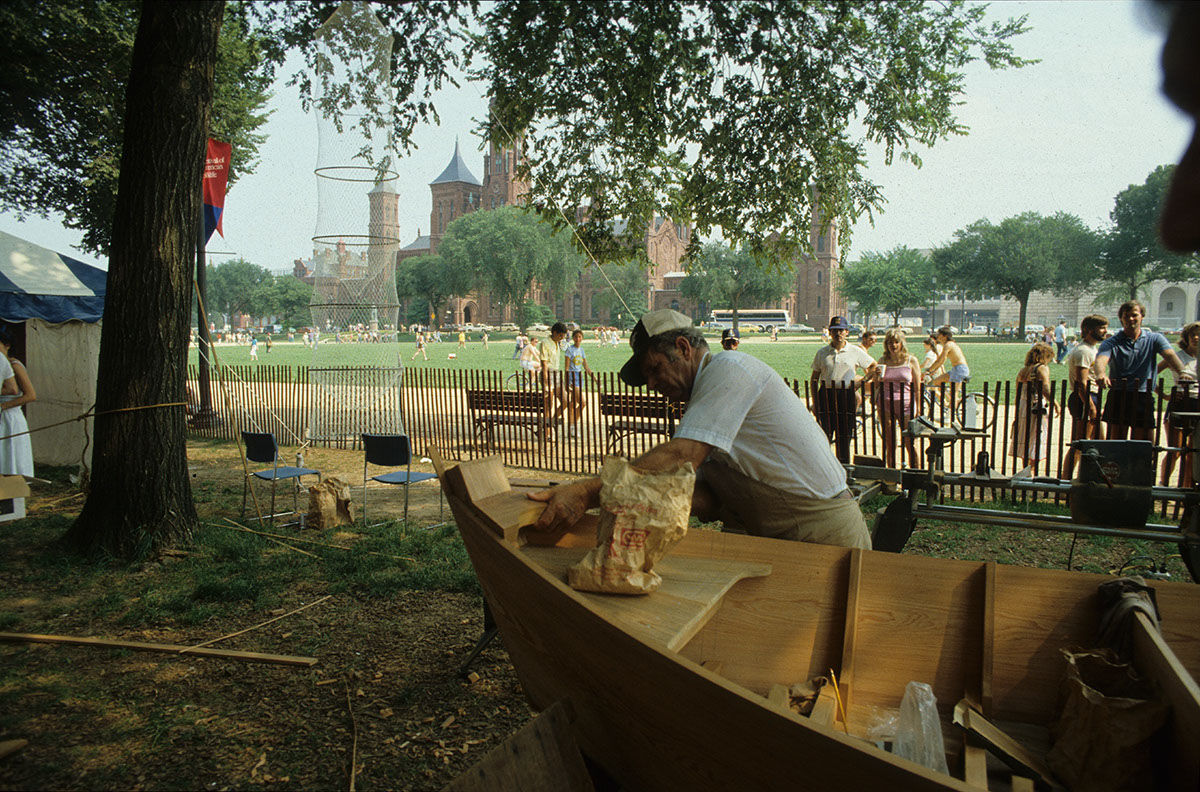 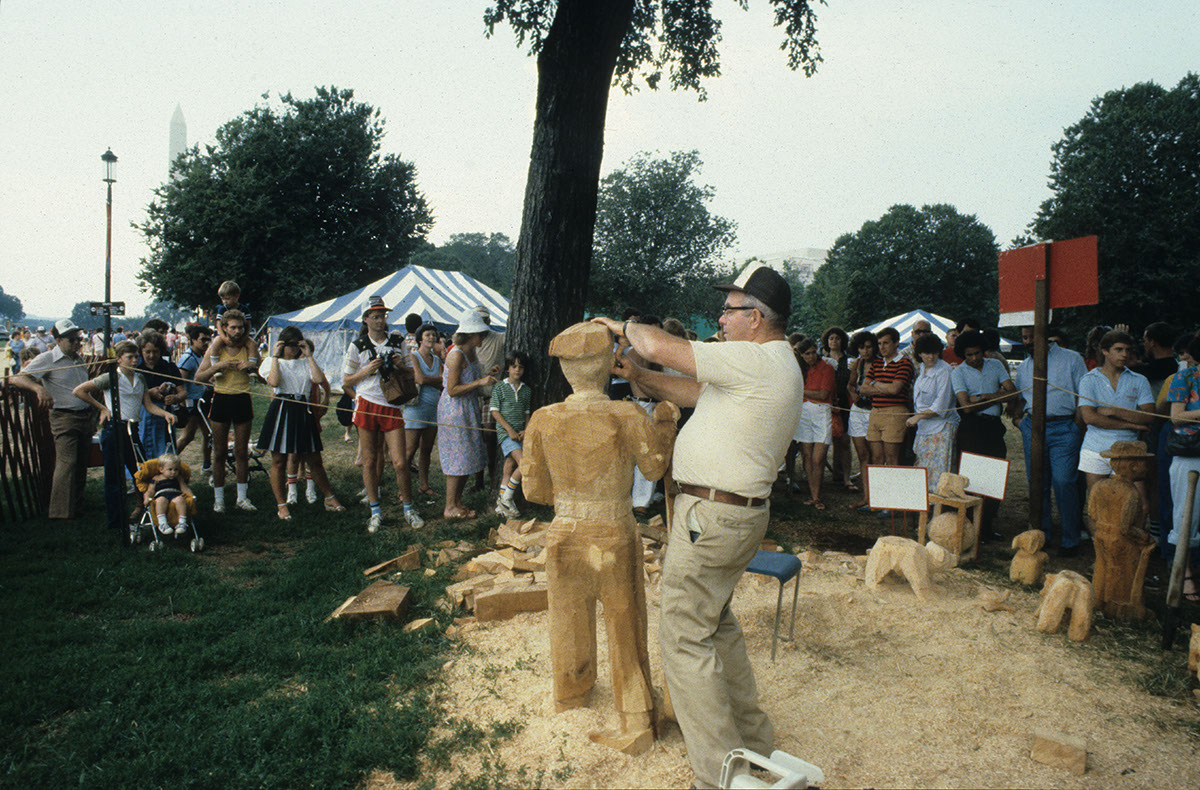 The year 1983 marked the 200th anniversary of the Treaty of Paris, which was ratified in Princeton, New Jersey, and which formally marked the end of the American Revolutionary War. The Festival accordingly brought together a potpourri of traditions from France and from French-speaking communities of the United States, with presentations of music and dance, crafts and foodways.

A striking impression on anyone travelling in France is the infinite variety of landscape, climatic conditions, vegetation, and architecture concentrated into a relatively small area. The culture of France's people reveals a similar variety despite a long tradition of highly centralized government administration. Despite the vigorous efforts of public educators to eradicate their use in France, local languages remain vital to this day and contribute greatly to the cultural diversity of the country.

A study of some French dances and their music can provide useful insight into this diversity, for it brings into relief patterns of relationship within French society, as well as that society's reaction to outside influences. Some regions and groups almost totally rejected outside influences, while others accepted them. Where Lower Brittany conserved very archaic forms until very recent times, the Western Provinces completely adopted 19th century dances and instrumental music, as did the North and Wallonie, who were always very up-to- date with all the latest Parisian developments.

French Canadian folk song, as maintained today in New England, represents an oral heritage that originally played a crucial role in the everyday life of the rural Quebecois, centering around the activities of the parish, family and neighbors. Communally shared musical gatherings, known as veillées, served both as a reunion for old friends and relatives, and as an opportunity for young people to survey and actively court potential mates. Held in the large kitchen of some farm house, the veillée included dancing, clogging, playing of fiddles, accordions and spoons, singing, eating and drinking. An evening of family singing at home was a common and popular pastime for many of today's older French New Englanders who were raised in the villages and countryside of Quebec.

Traditional foodways play an integral role in French American life, especially in the Cajun and Creole communities of French Louisiana and the Quebecois and Acadian communities of New England. While other forms of French material culture have been lost or are only remembered, French American cooking has proven to be a tenacious tradition, for it is closely tied to the French Americans' most precious possessions - language, family, religion, and community.

A great irony in the persistence of French folk culture in South Louisiana is that it is among black Creoles and French-speaking Houma Indians (located in the lower coastal parishes of Terrebone and Lafourche) that one often finds the strongest retention of French traditions in such cultural aspects as language, religion, and foodways. Although more upwardly mobile Cajuns tended in the nineteenth century to assimilate German, Spanish, English and other populations with whom they were in contact, they have over the last fifty years been increasingly affected by Anglo American culture. Thus today in urban areas and on the prairies one hears less French spoken, and more country and western music performed. If Anglo culture in the region has affected Cajuns, black American culture has had a similar impact on Creoles, especially in recent years. For example, they have tended increasingly to listen to soul music rather than their own zydeco style of French music. Until recently anything that seemed Creole or French was considered passé or "country" by black Creoles who found themselves excluded both from Cajun society and to lesser degree from black American society. Lately, however, a return to Afro French Creole identity has paralleled the general renaissance of Louisiana French culture.

The French/French American Program was made possible through the generous support of the Government of France in observance of the 200th anniversary of the Treaty of Paris, and with the assistance of Air France, to mark its 50th anniversary

A striking impression on anyone travelling in France is the infinite variety of landscape, climatic conditions, vegetation and architecture concentrated into a

Between Maine and California can be found over 3,000 French place names, testimony to the zeal and dynamic spirit of the early North American French. Their ...

Living by the Music: Cohesive Influences in the Song Repertoire of

It has always been a traditional attitude among French-Canadian folk singers that "le bonheur vient en chantant" (happiness comes with singing). The fraternal ...

Traditional foodways play an integral role in French-American life, especially in the Cajun and Creole communities of French Louisiana and the Quebecois and ...

South Louisiana: Unity and Diversity in a Folk Region

The varied folk traditions of South Louisiana, from Cajun music and Creole zydeco to cooking of gumbo and building Lafitte skiffs, reflect the great diversity ...

Cajun music is a Louisiana hybrid, a blend of cultural influences with an identity which accordion maker and musician Marc Savoy of Eunice describes in culinary