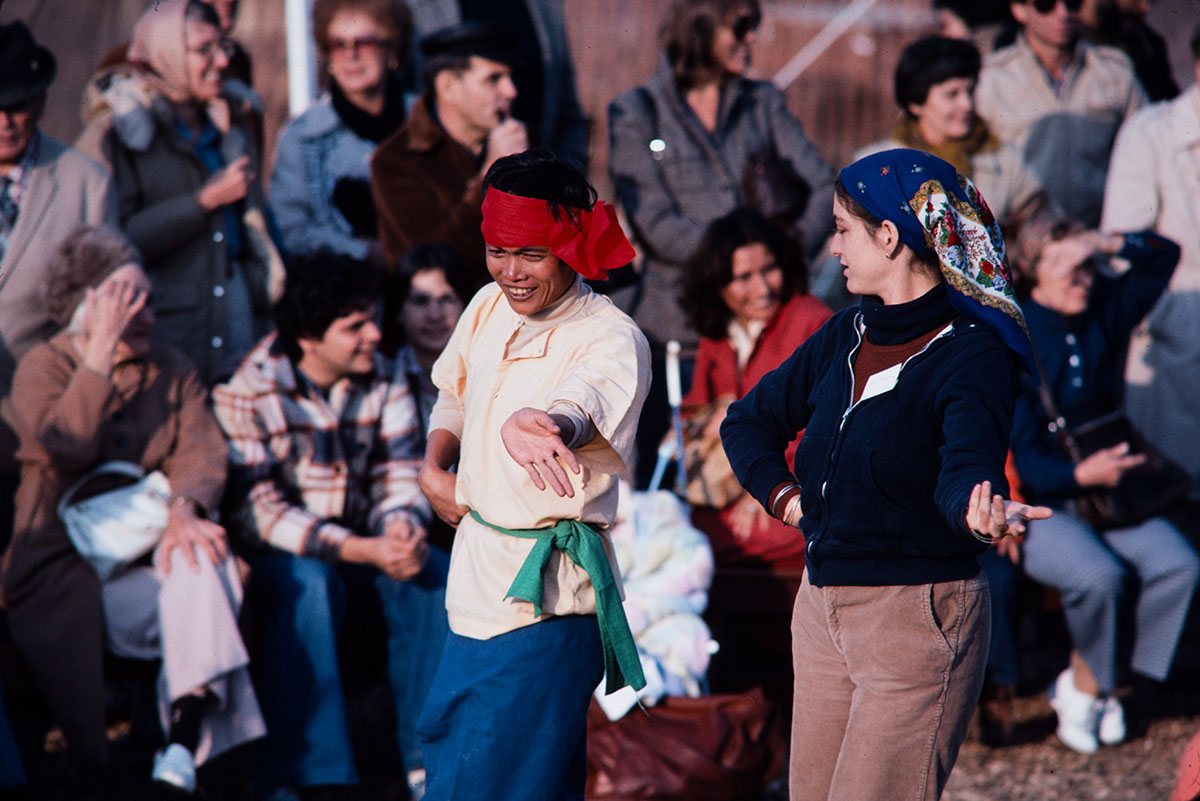 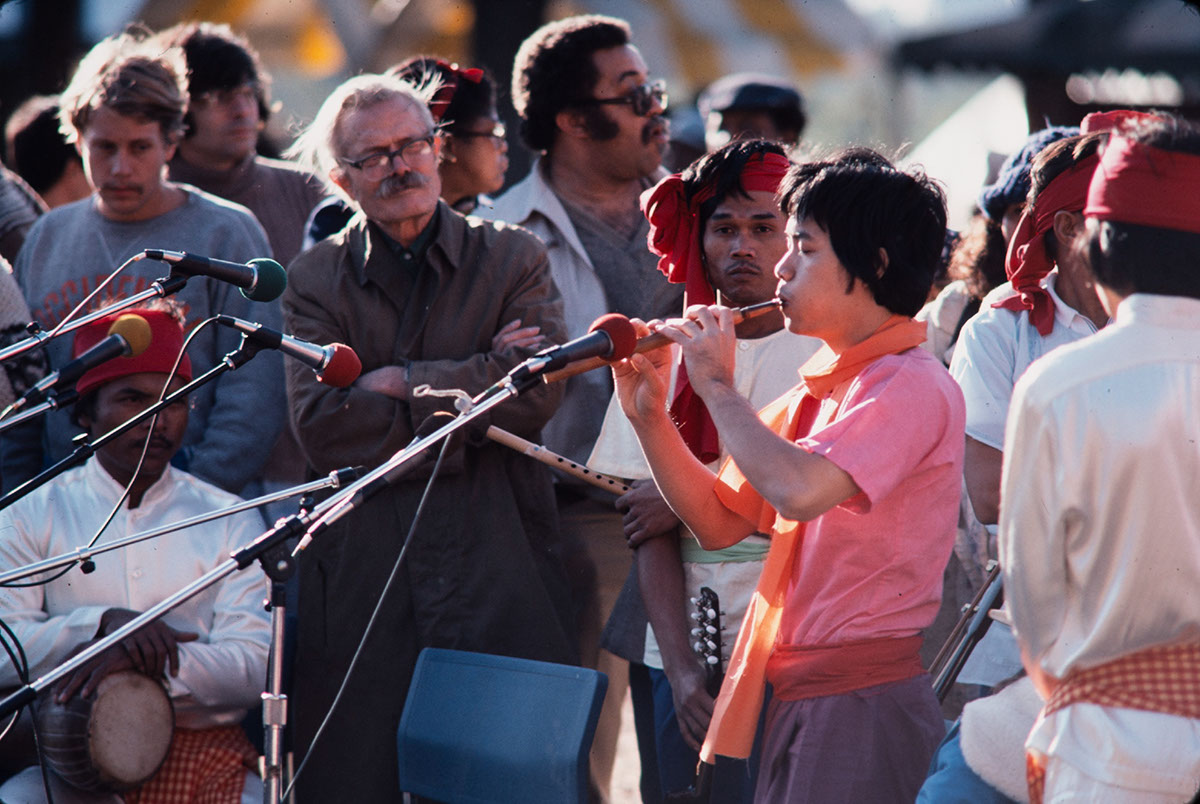 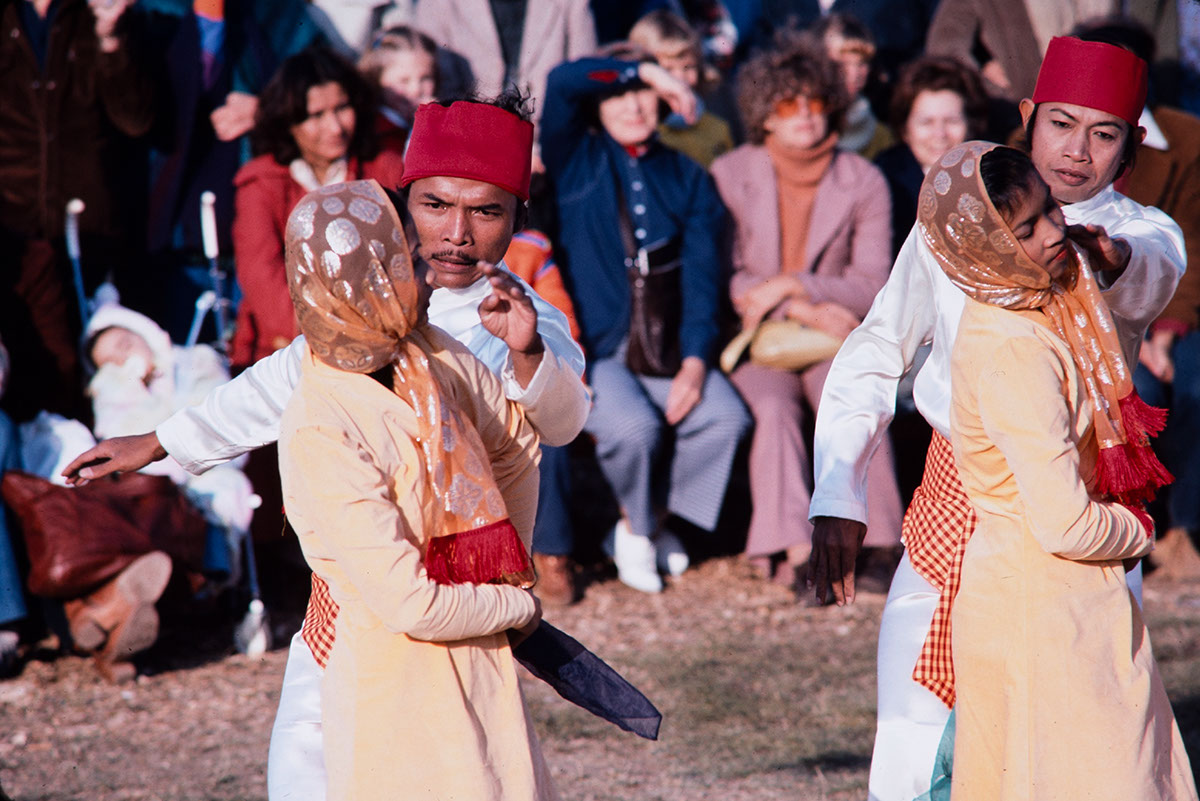 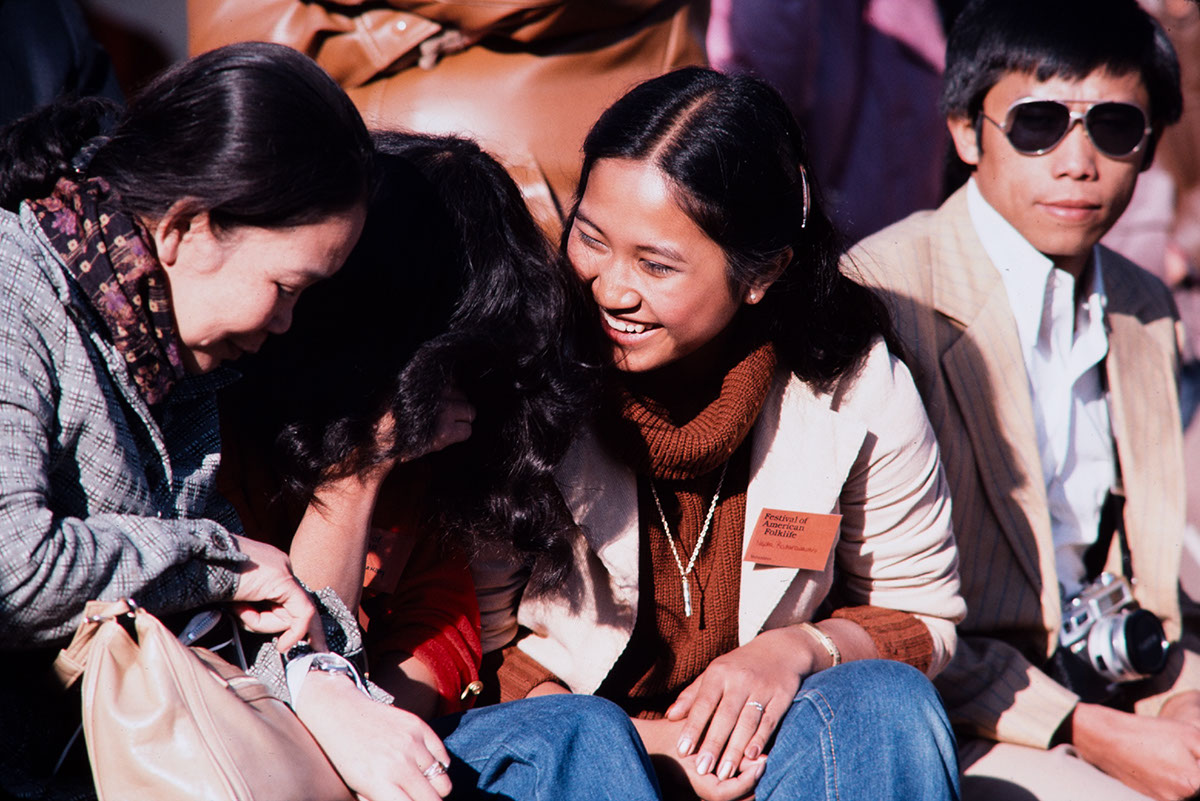 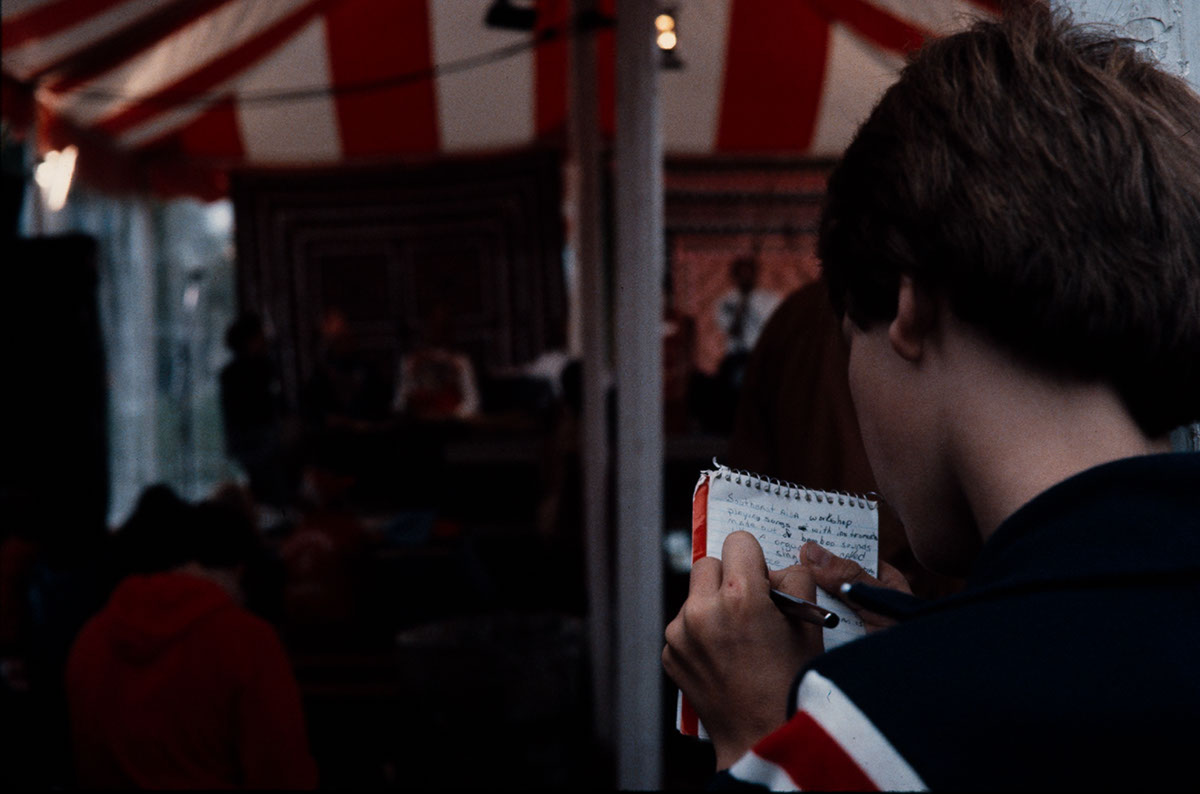 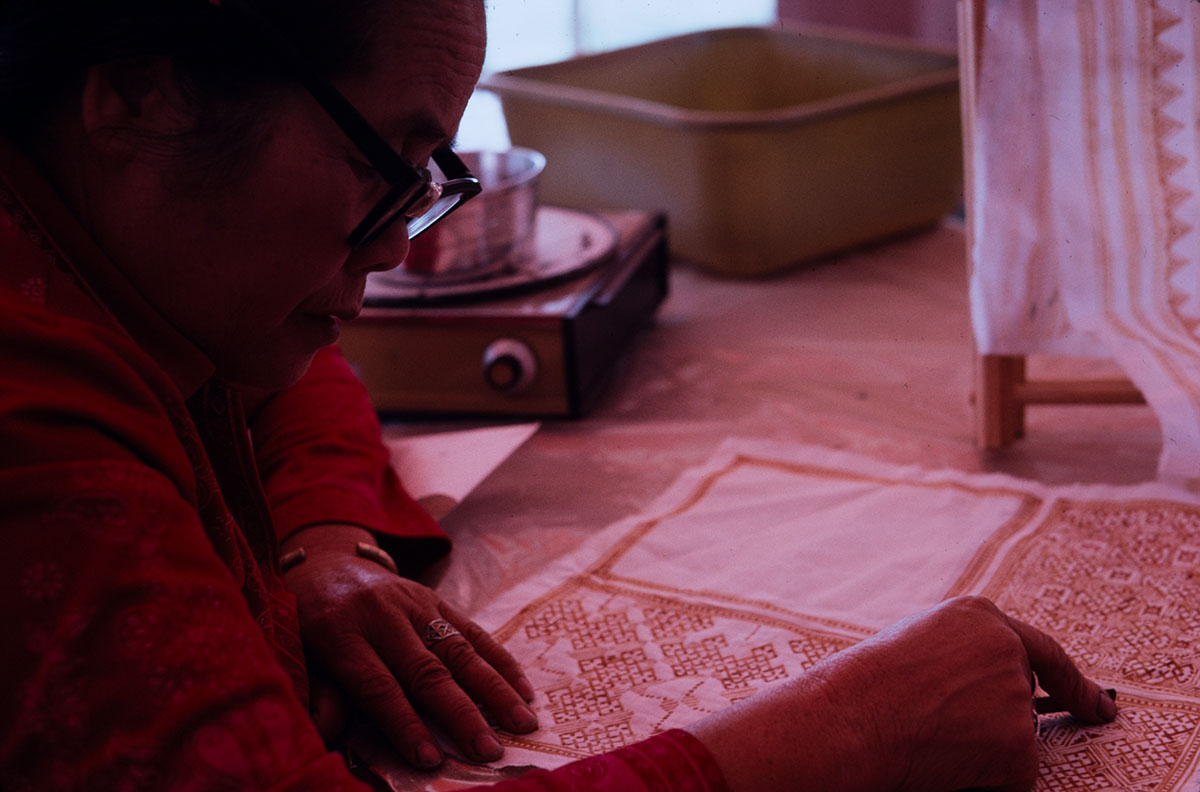 The Southeast Asia Program of the 1980 Festival, building upon a small Vietnamese program in 1979, presented the traditional culture of immigrants from three mainland Southeast Asian countries: Khmer from Cambodia, Lao and Hmong from Laos, and Vietnamese. Wars and economic and political upheaval had recently made refugees of many people from these countries. Some had become part of the most recent wave of immigration to the United States, bringing with them rich traditional folk and classical cultures.

The folk arts of a people embellish the festivals and ceremonies of their lives and are produced in accord with the cycles of the community - the availability of raw materials and time of the craftspeople. While ceremonies and costumes were perhaps portable to a greater extent, one of the challenges facing new immigrants from Vietnam, Laos, and Cambodia was to seek ways of preserving and adapting their crafts to the United States, which has its own holidays, work pace, and raw materials.

It was not only the lack of materials such as bamboo or indigo that challenged the persistence of traditional crafts, but also the available time. A large and complex Hmong textile might take two years to complete, but new immigrants did not have two years to devote to these tasks. The situation was similar with Cambodian weaving: done on a large rectangular loom, a scarf might take one month and a sampot (the traditional garment for men and women) might take two months. Along both of these dimensions - availability of materials and time-frame - Smithsonian organizers anticipated that the folk arts of Southeast Asians would be changed by the pressures of living in the United States.

For new arrivals to the United States who had left their homes so abruptly, the appliqued baby carrier, the sarong woven of silk and silver threads, and the mouth organ were all treasured mementos of the past and models for production and innovation of folk artistic forms. The new forms, the Smithsonian assumed, would be adapted to the American environment - some things would have to change. At the Festival, participants could represent only a tiny fraction of the traditions that originated in Laos, Cambodia and Vietnam, and that were continually being brought to America. Contributing immensely to the richness of our kaleidoscopic cultural quilt, they were deserving of the timely attention of the Folklife Festival.

Arts and crafts are the expression of the community that creates them, but they also belong to the land that produces the materials used in their manufacture ...