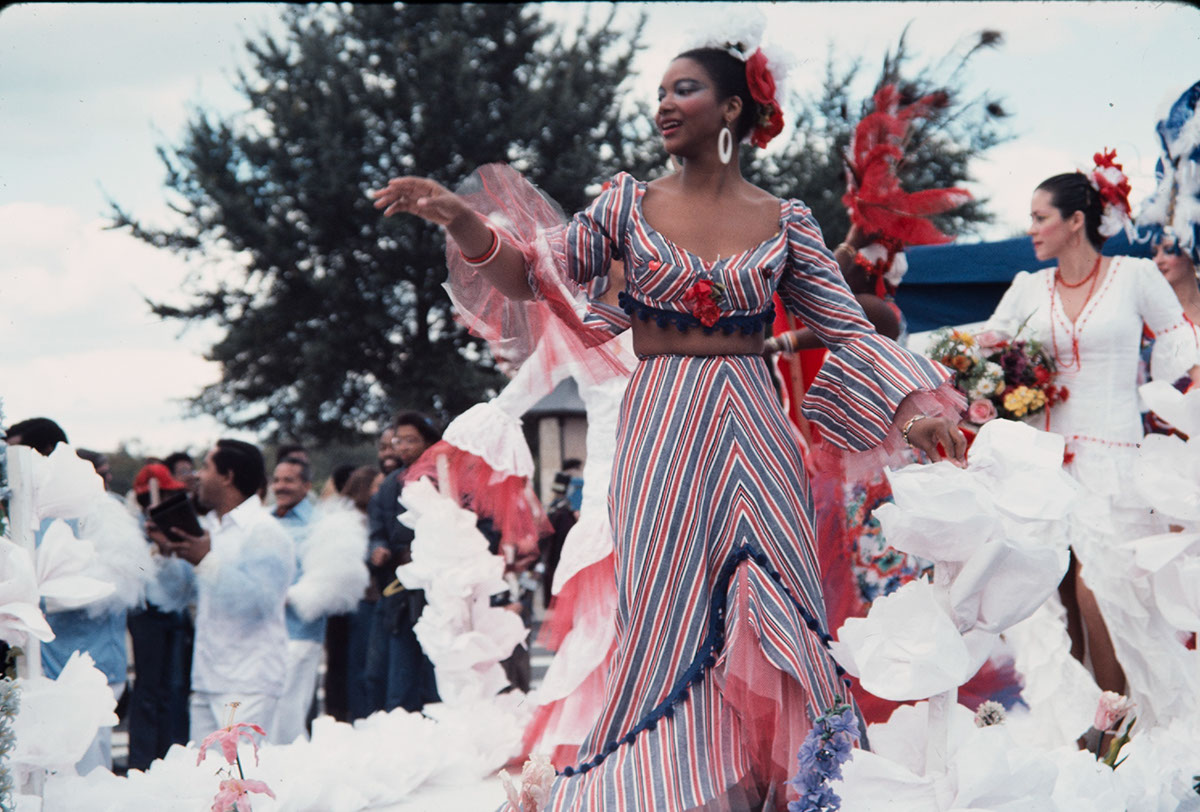 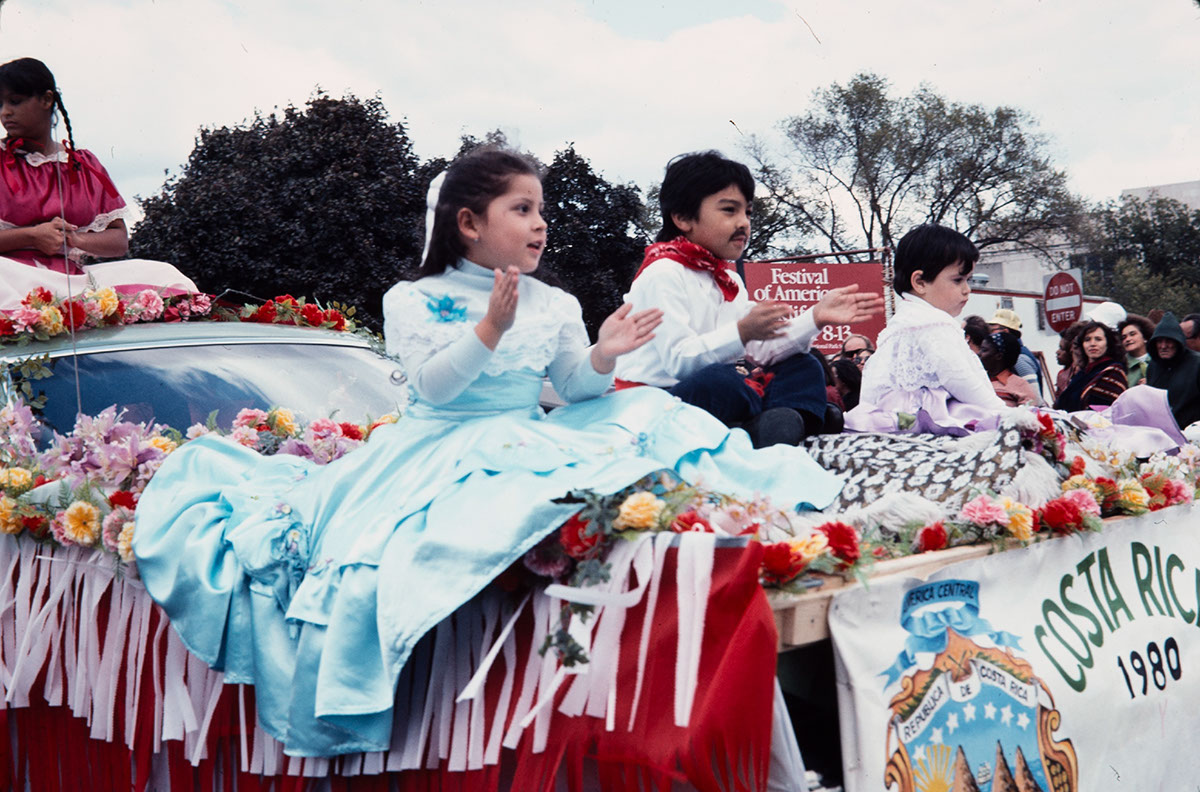 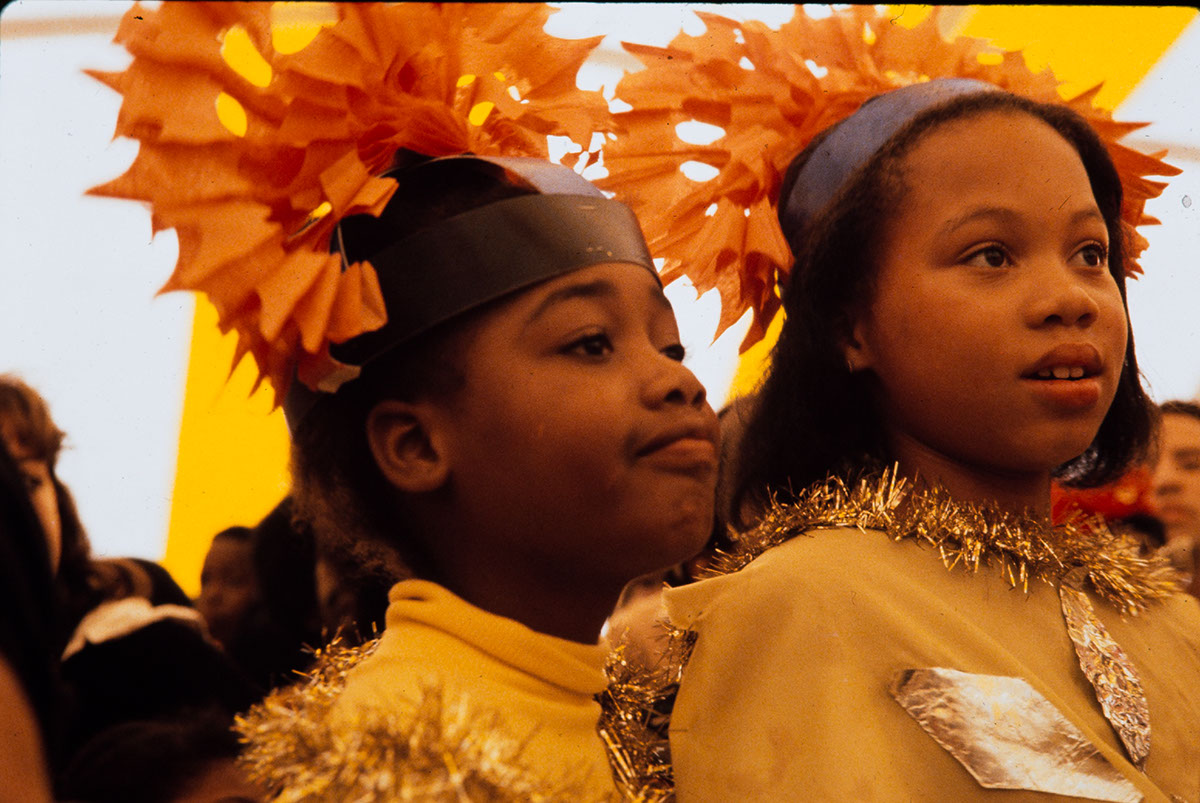 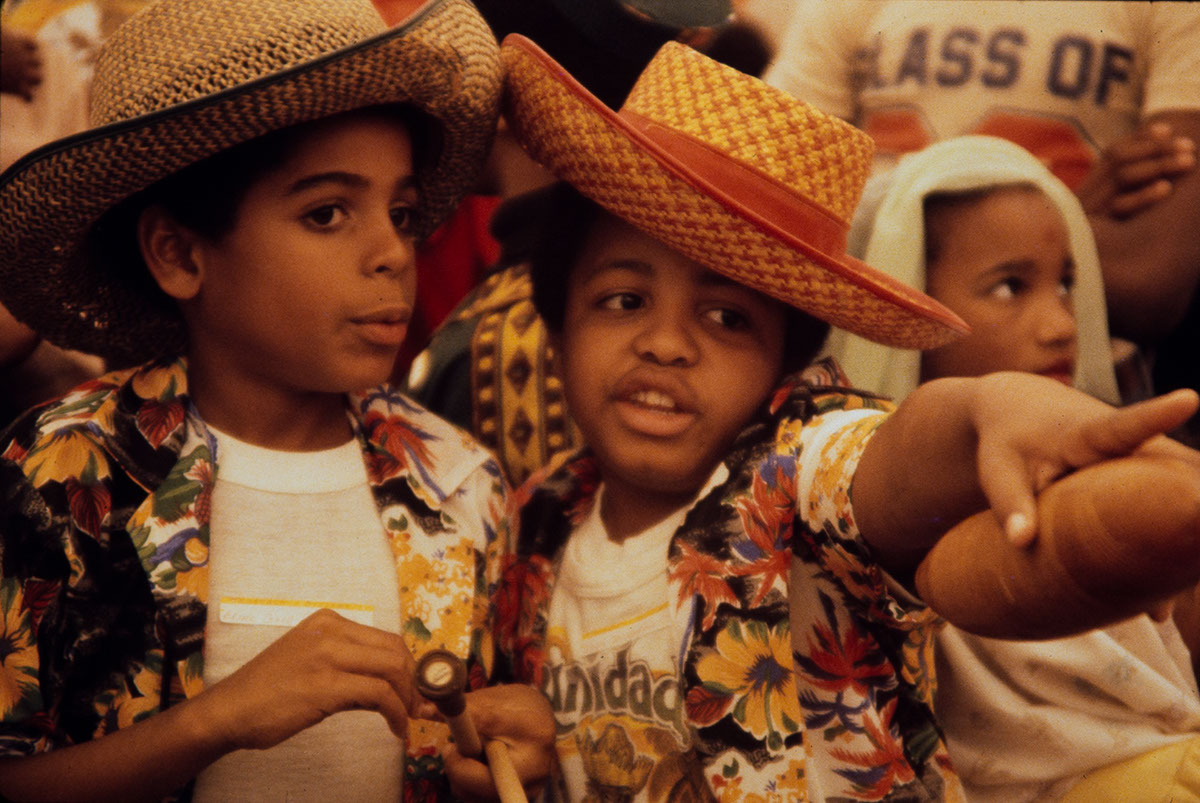 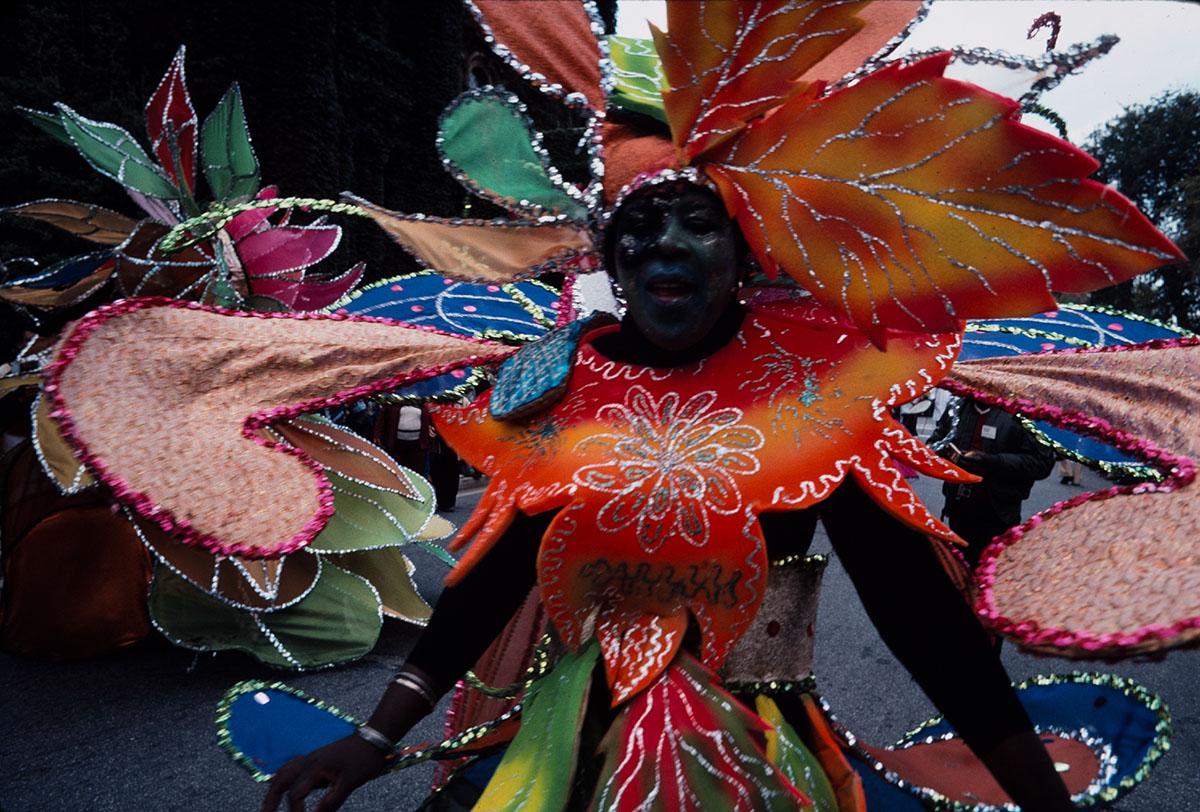 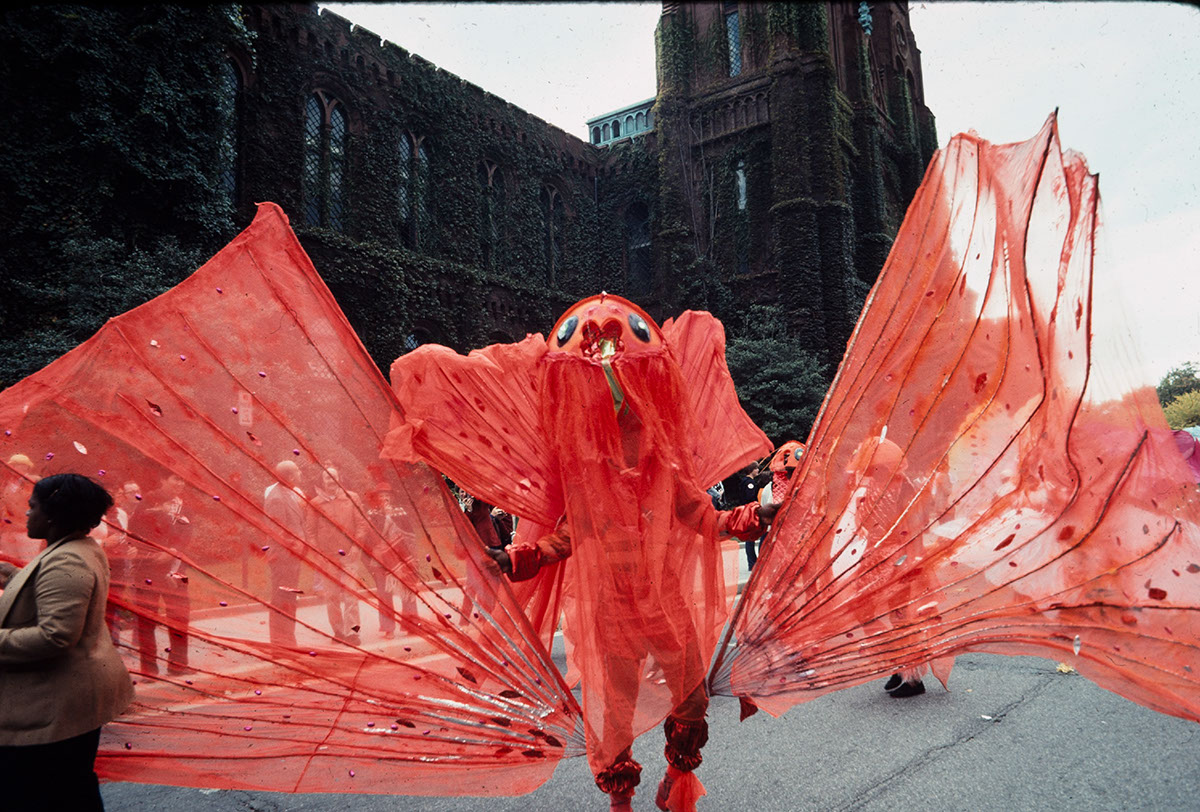 Three programs at the 1980 Festival focused attention on immigrant communities, two of which involved what was called the "New Immigration", subsequent to passage of the 1965 Immigration and Naturalization Act. The 1965 Act represented an effort to equalize opportunity for immigrants to the United States without favoring the traditional Western-Northern European or Western Hemispheric source countries. The new immigrants tended to be largely urban located and oriented. Because of their visibility and the discrimination against visible minorities, they often suffered multiple levels of disregard by the larger population. The life styles, cultures, and languages of the new immigrants were perceived to be little known, appreciated, or regarded by the general American public as the decade began.

American cities were seen as the frontiers of the new immigrants; the arenas where the wills, interests, and cultures of each group came into contest with those of other ethnic groups; and the settings where competition or coalescence took place among them. It was cities that saw scenes of confrontation between traditions and of adjustments from both sides - natives and immigrants. The cities were also the sites of the celebrations and the contributions of most new immigrants. This was true both for the Southeast Asian Americans program and for the Caribbean Americans program.

Many factors, including the growing acceptance of "cultural pluralism" rather than "Anglo-conformity" as a model for the United States, imbued the contemporary Caribbean immigrant community with the confidence to proclaim and practice openly their Caribbean heritage. An obvious example was the proliferation in many North American cities of the Caribbean festival of Carnival that had been featured in the 1979 Festival. In Boston, Hartford, New York, Montreal, Toronto, and Los Angeles, this festival has emerged as a full-scale annual community celebration, while in Philadelphia, Washington, D.C., Miami, and other cities, some aspects of Carnival can be seen on a smaller scale. One function of these carnivals was the impetus they give to the internal unification of the Caribbean communities themselves. Considerations of class and island origin have tended to divide members of the American Caribbean community from each other, but the carnivals have emerged as Caribbean, and their acceptance by the community as such held the potential for even greater unification in the future.

In addition to Carnival, the Caribbean immigrant community contributed to the American scene in sports, religion, music, dance, literature, and the arts. Cricket, once considered an elite British game, is the sport that every child is introduced to in the Caribbean. West Indians have been credited with bringing to a game that was once considered stylish but stuffy a spirit of fun and fete that can now be enjoyed any Saturday or Sunday afternoon in West Indian communities in such cities as Hartford, Boston, and New York.

In Miami, New York, and Washington, the distindly Caribbean religions of Santeria, the worship of Vodun (Voodoo), and Rastafarianism can be found. Santeria, practiced by many Cubans, is a synthesis of Catholicism with the Yoruba religion of West Africa. Vodun, a Haitian religion, is a similar blend of Christianity and the religious worship of ancient Dahomey. Rastafarianism, however, is a modern religion that originated in Jamaica in the 1930s based on belief in the divinity of the former Emperor of Ethiopia, Haile Selassie, and the perception of Ethiopia as the original homeland to which blacks in the Western Hemisphere should repatriate. Caribbean music was part of the sound of many an American city - whether the Yoruba drumming of Santeria, the reggae rhythms that originated with the Rastafarians, or the rumba, the samba, and the calypso - and likewise part of the 1980 Festival. Syncretism between these Caribbean rhythms and the rhythm-and-blues beat of the United States was demonstrated in such new dance beats as the "salsa" and "soca" (soul-calypso).

Caribbean contributions to American community life featured at the 1980 Festival thus included an impressive record of achievement and an infusion of cultural forms adding to the vitality and diversity of American life through the contributions of immigrant communities.