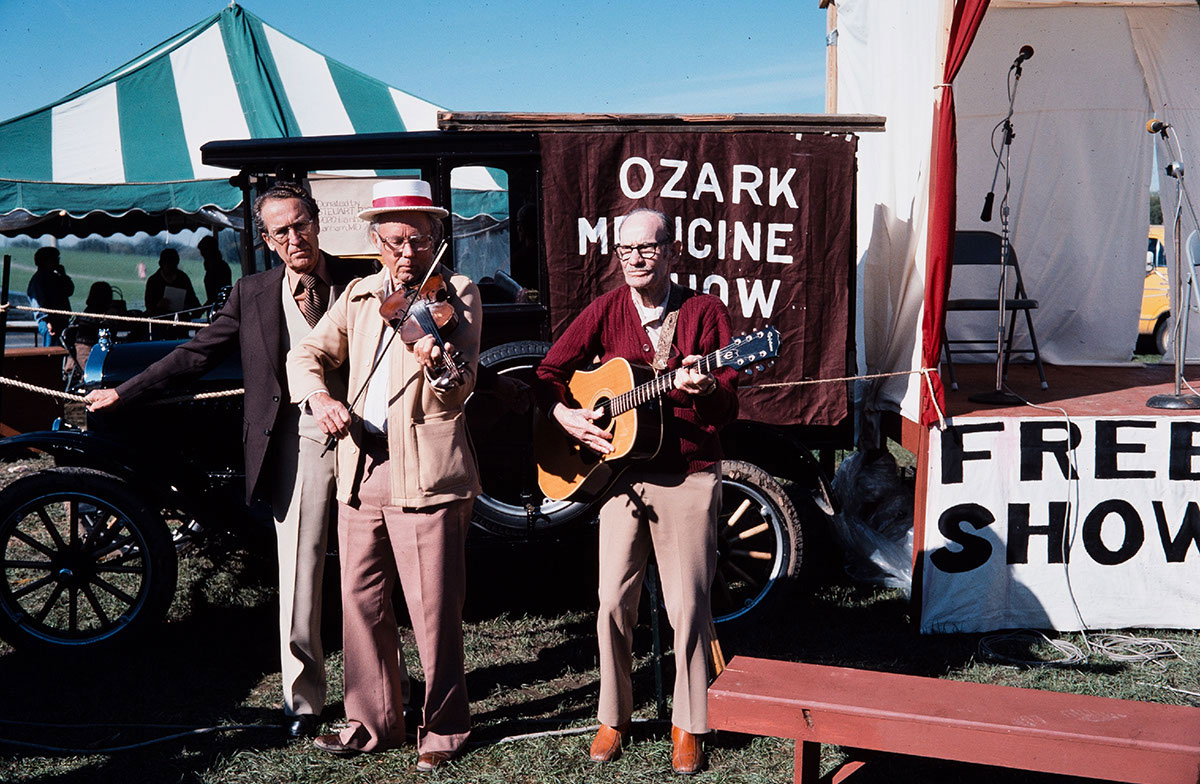 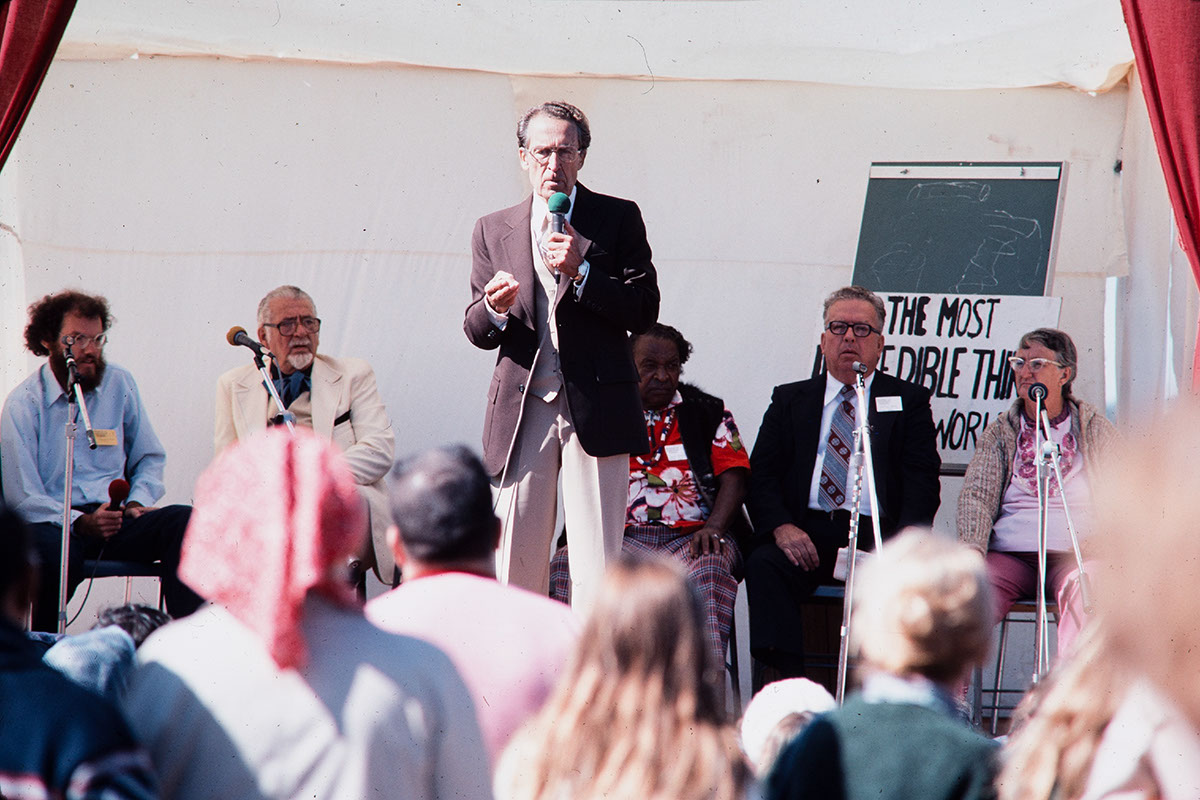 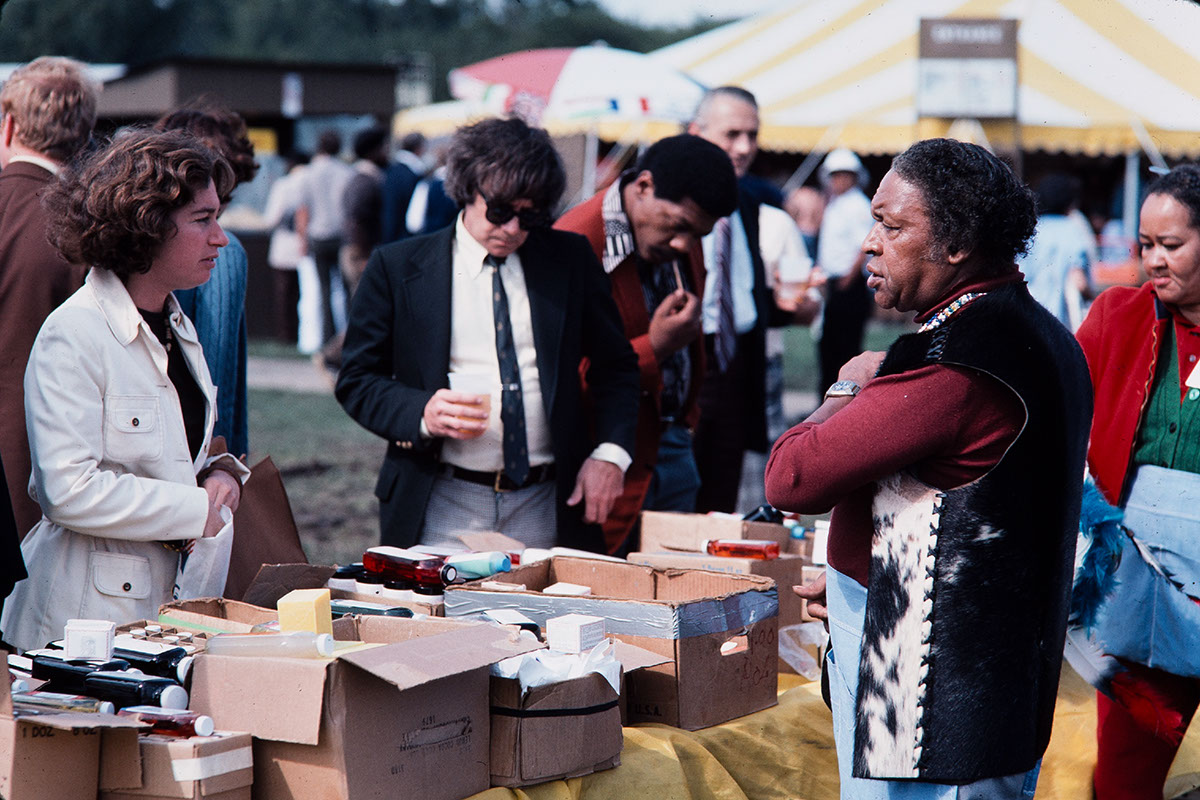 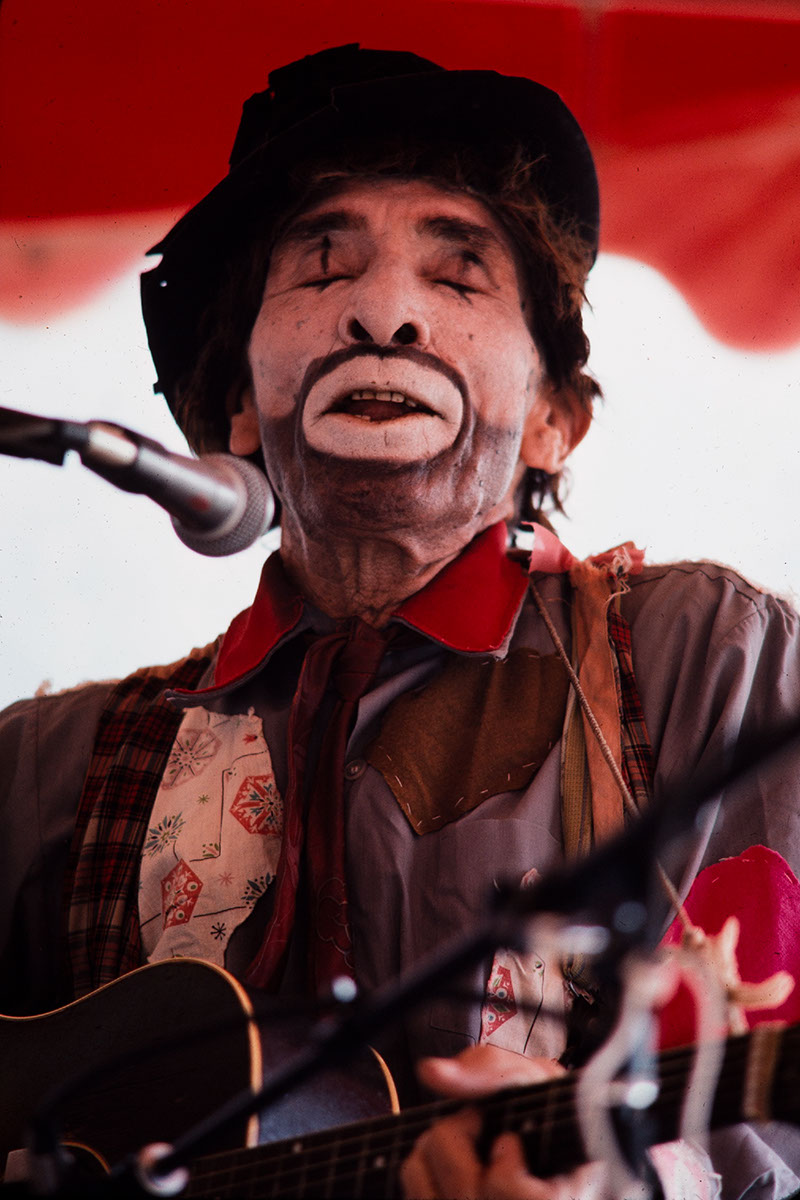 A special sense of mystery and glamour surrounds the medicine showman - the itinerant patent medicine seller whose free performances were an important part of small town life still within living memory of many Americans. The American patent medicine seller derived from mountebanks - wandering herb doctors and medicine vendors who drew crowds with songs or conjuring. They appeared in the New World as early as the 1600s, but it was only about 1850 that the idea of selling medicine between the acts of a free show resulted from the rapid growth of proprietary medicine companies, many of which sent advertising units on the road after the Civil War. These units were especially popular in rural areas where regular theater companies rarely appeared. Medicine shows sponsored by leading firms such as the Kickapoo Indian Medicine Company and Hamlin's Wizard Oil were soon in competition with independent showmen who casually brewed up their remedies in boarding house bathtubs.

By 1900 medicine shows had pervaded every part of the country where an audience could be found, and the various types of medicine showmen were vying with one another to present novelties and unique attractions. In addition to a pitchman who sold remedies, more elaborate shows carried an entire cast of performers and musicians, as well as a more-or-less completely equipped tent theater. Some large medicine show companies, in fact, were capable of mounting several hours of entertainment with a dozen or more acts as well as half a dozen intervals dunng which the showman could sell his products. The shows were the only form of entertainment in many rural American communities and one of the most lucrative sources of employment for folk musicians. Many of our most celebrated folk and popular performers, including Bessie Smith, Clarence Ashley, Harmonica Frank Floyd, and Hank Williams, got their starts in medicine shows. It was this heritage of entertainment and amusement that was celebrated during the 1979 Festival.

The traveling salesman is a fixture in our folklore, celebrated in stories, jokes, anecdotes, and cartoons. Within the ranks of the salesmen, a special sense of

Disease, disorder, and discomfort, whether mental or physical, are inevitable. They must be addressed and alleviated, and people have invented elaborate systems