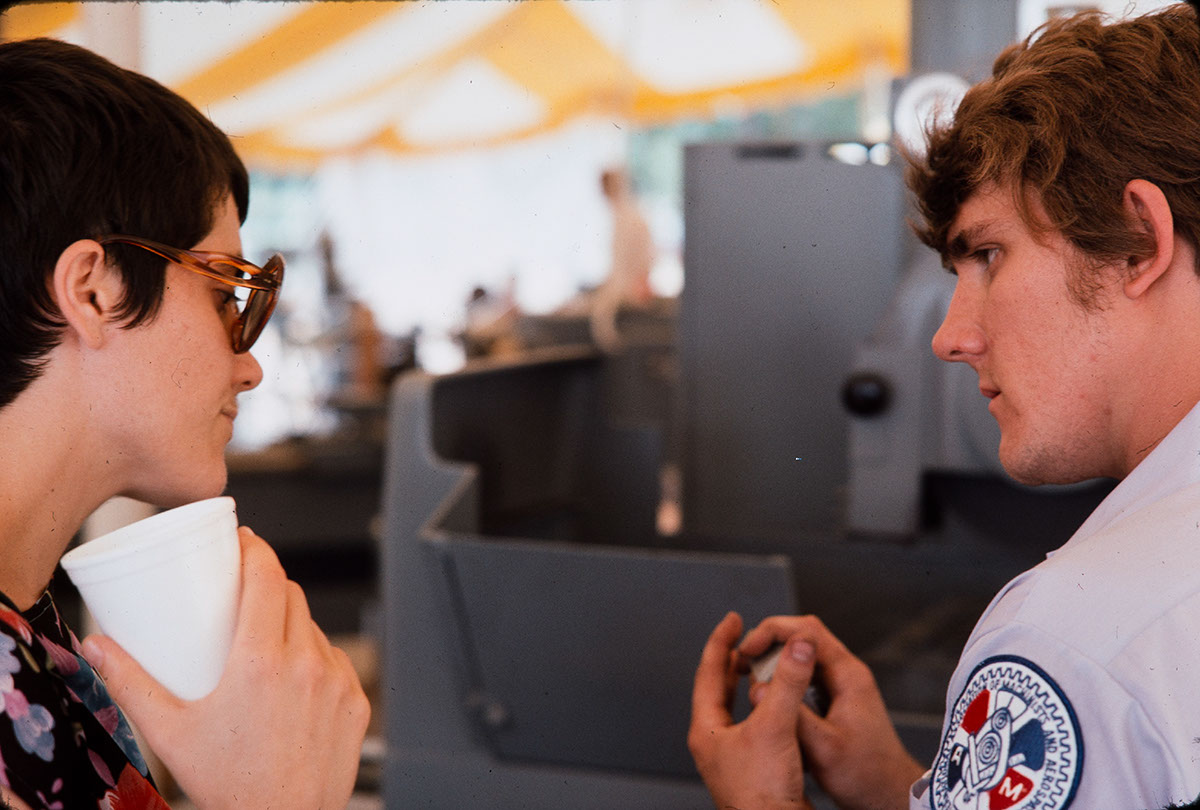 The Working Americans program explored and celebrated work-related traditions, looking at Americans not as people from a certain area of the country or from a particular culture, but in terms of how they made their living and what they needed to know to do their jobs. Each occupation has its own traditions and its own body of skills. In the Working Americans section, Festival-goers could meet and talk with members of many unions and organizations while they demonstrated the particular know-how essential to their varied tasks and while they shared, in the workshop areas, the particular tales and jokes that grow out of the nature of the work they do.

The Folklife of Transportation Workers Project celebrated the lore, lifestyles, and occupational skills of the American workers who operate, maintain, and regulate the nation's transport system. The airline pilot's complex take-off procedure, the flight attendant's responsibility for safety in the cabin, the railroader's ability to calculate and make complicated box-car switches could be found here; as well as bus and taxi drivers' tales of ways to handle over-demanding passengers, truck driving songs, and seafarers' yarns. Transportation workers keep the nation's economic lifeblood moving. They also harbor a rich lore, replete with heroes, tall tales, and songs, that was demonstrated within this program.

July 1-11, Workers Who Build. This program celebrated the skills and folklore of the building and construction trades. Participants demonstrated building crafts such as carpentry, tile and terrazzo skills, and even the casting of plaster masks of visitors' faces.

July 14-25, Workers Who Clothe Us. Participants celebrated the skills and folklore of workers in the garment trades, with demonstrations of clothes design, bonnaz (machine embroidery), leather work, and industrial loom work.

August 11-22, Workers in Professional & Technical Skills, Transportation. Presentations celebrated the skills and folklore of professionals who work in health and medical fields, the tobacco industry, and the print and copying industry. Demonstrations included hospital workers demonstrating operating room techniques, cigar rolling, pharmacists making compounds, and body repairmen working on cars. The Transportation area presented the occupational culture of the men and women who work in the various modes of transportation, including the railroads, metropolitan and long-distance buses, taxicabs, trucks, ships, and stations of the Coast Guard. In the Transportation area, the skills of railroad men, airline pilots, truck drivers and seamen were featured.

August 25-September 6, Workers Who Feed Us, Transportation. Participants celebrates the skills and folklore of people involved with various aspects of production, preparation, and distribution of food. Hotel and restaurant workers demonstrated decorative ice carving, specialty table settings, wine stewarding, and cold food decoration. The Transportation area presented the occupational culture of those who work in the various modes of transportation, including skills demonstrations by airline, railroad and metropolitan transit workers, as well as by Coast Guardsmen who showed ornamental rope work and knot tying.

The influence of occupations upon the American character stretches from Melville's Moby Dick to Terkel's Working, from the development of the clipper ship to ...

The Folk Heros of Occupational Groups

Although most people think immediately of Paul Bunyan as the great American folk hero of the working man, the fact is that Paul enjoyed very little, if any, ...

Ask any railroad man to tell you a story, and in most cases he will say that he doesn't know any. "I just can't remember those old stories. I forget them as ...