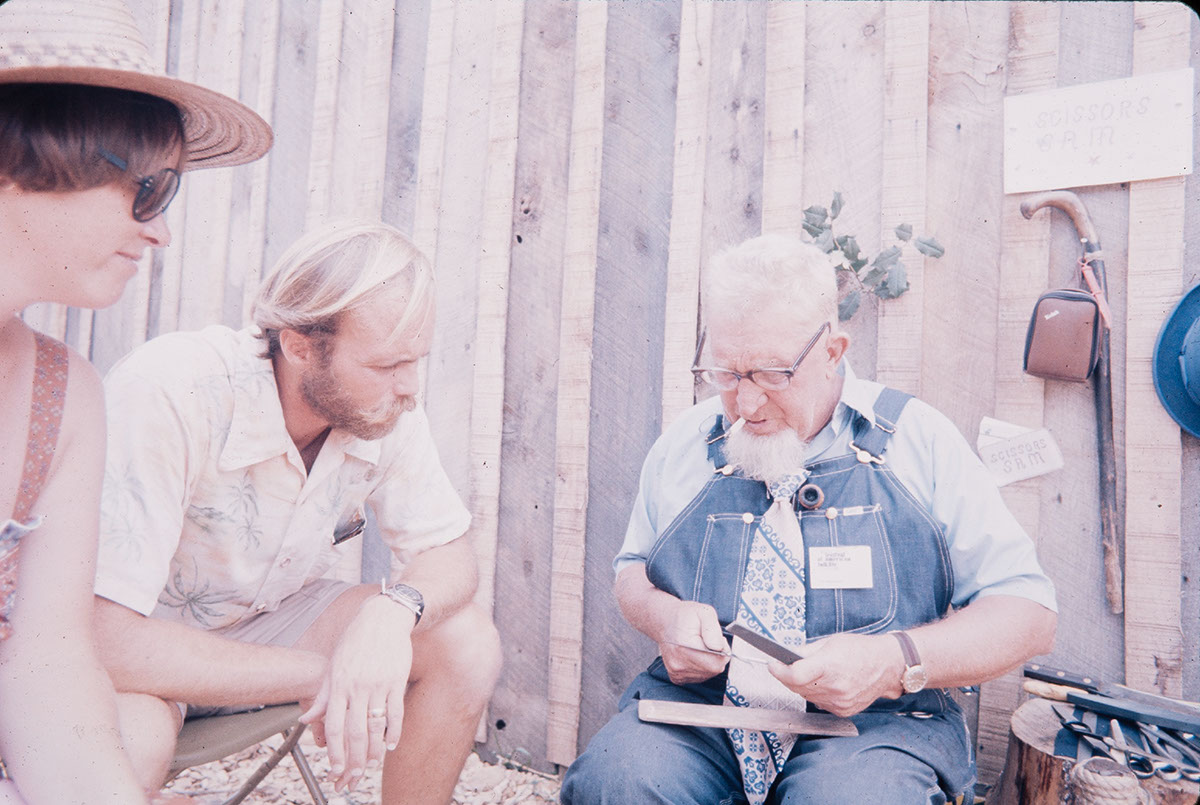 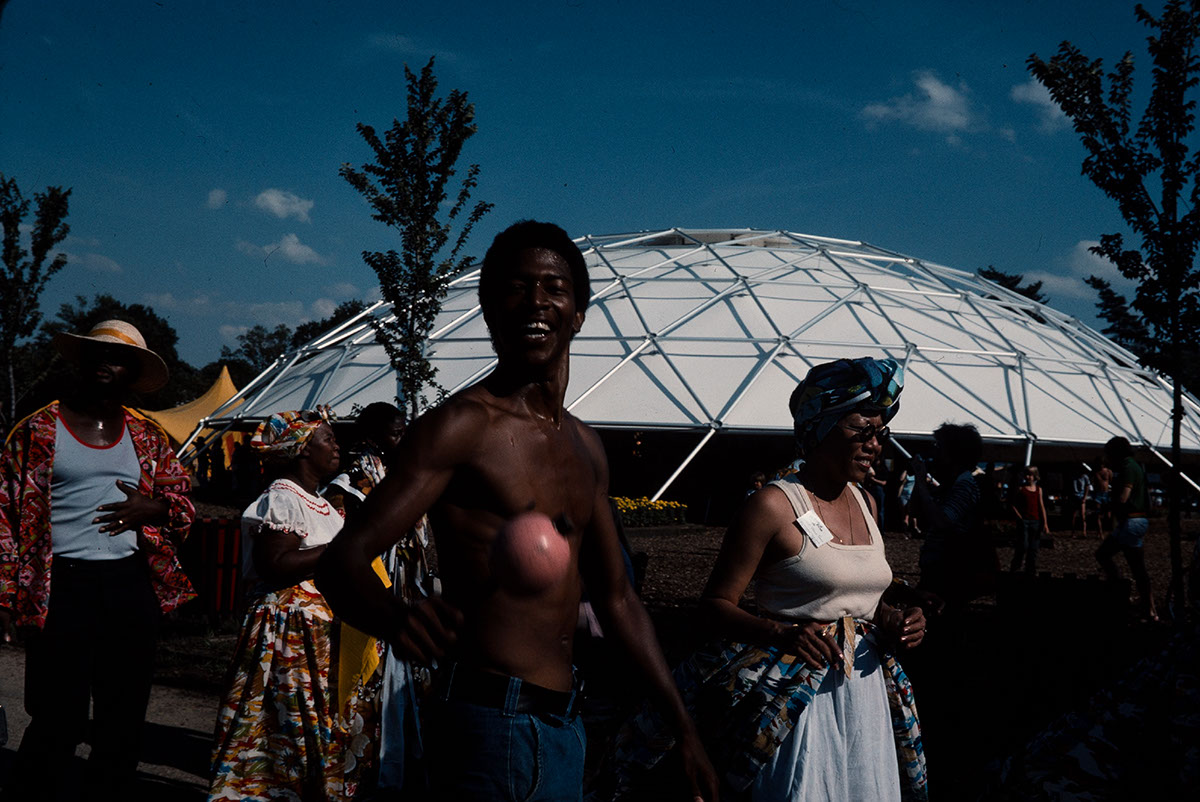 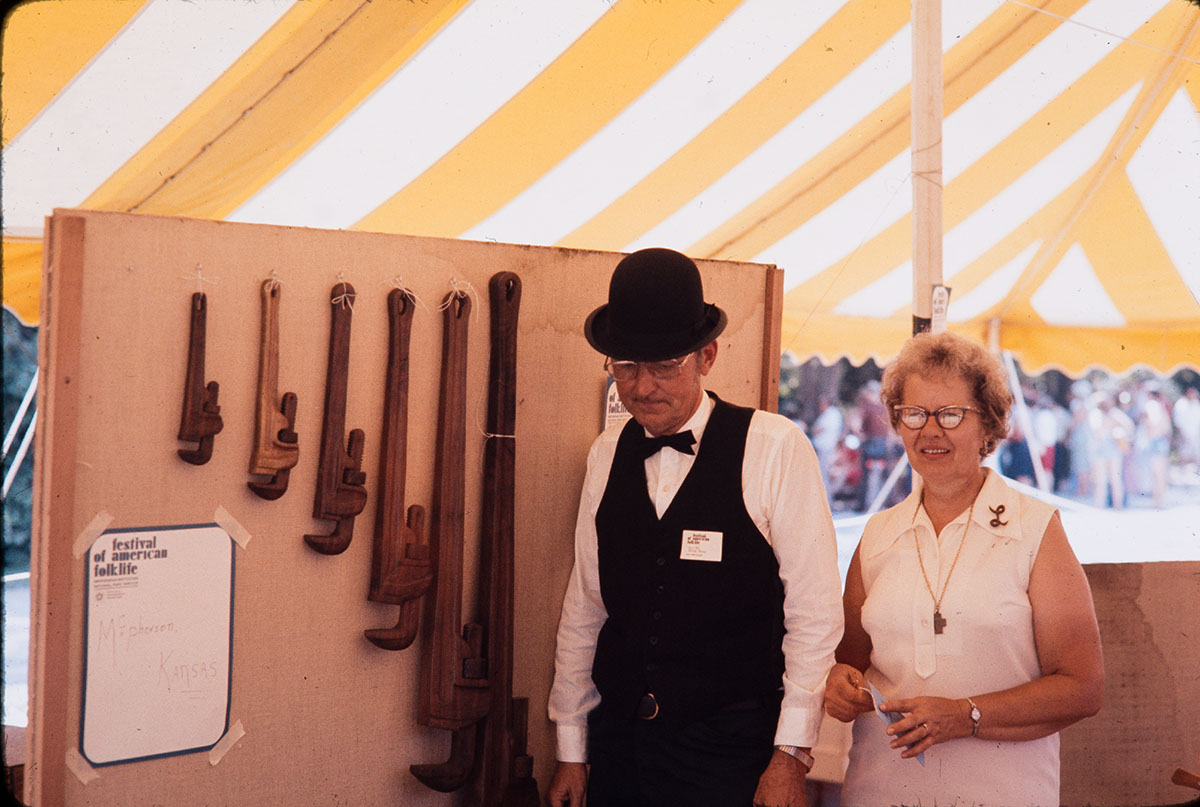 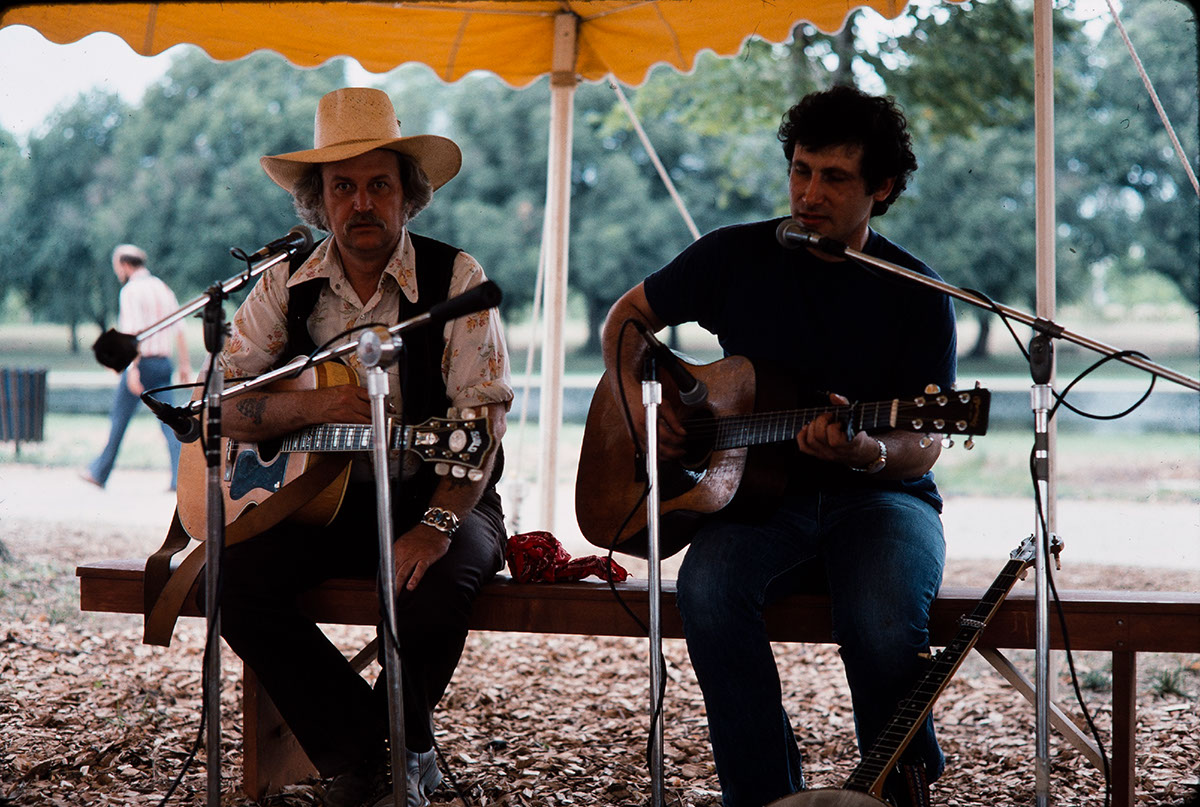 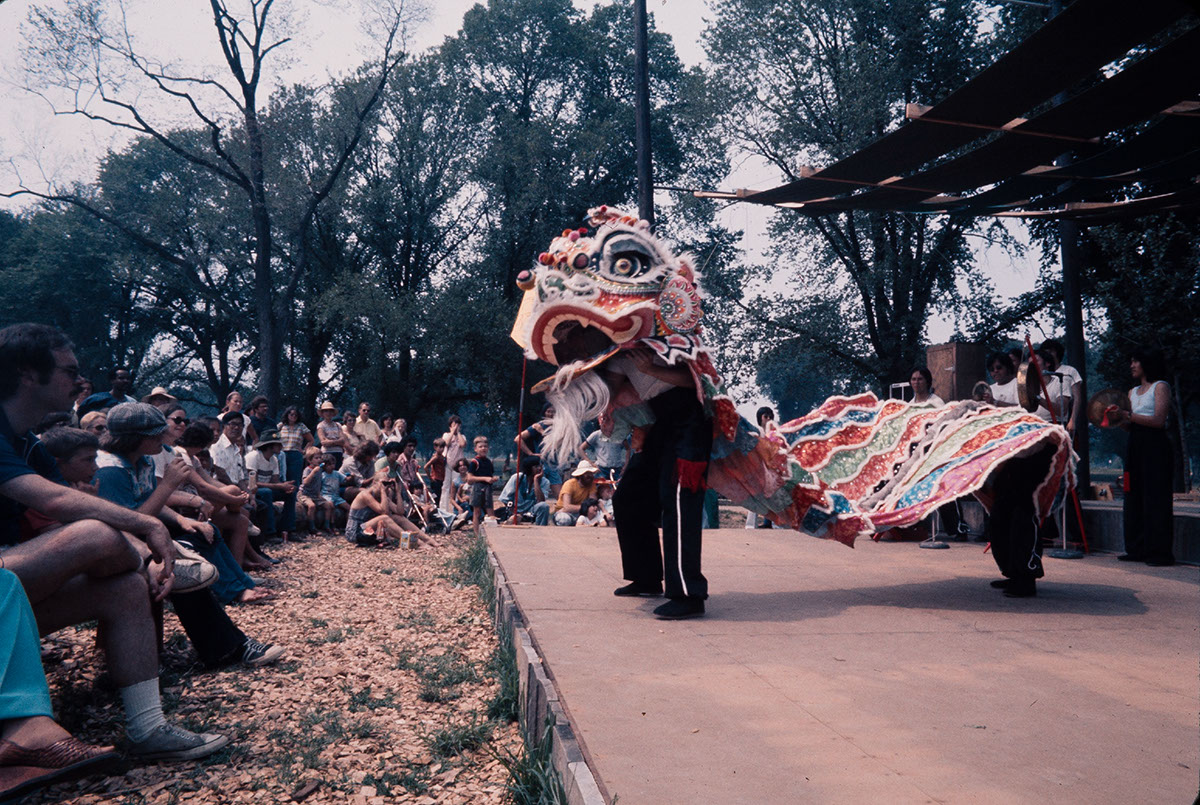 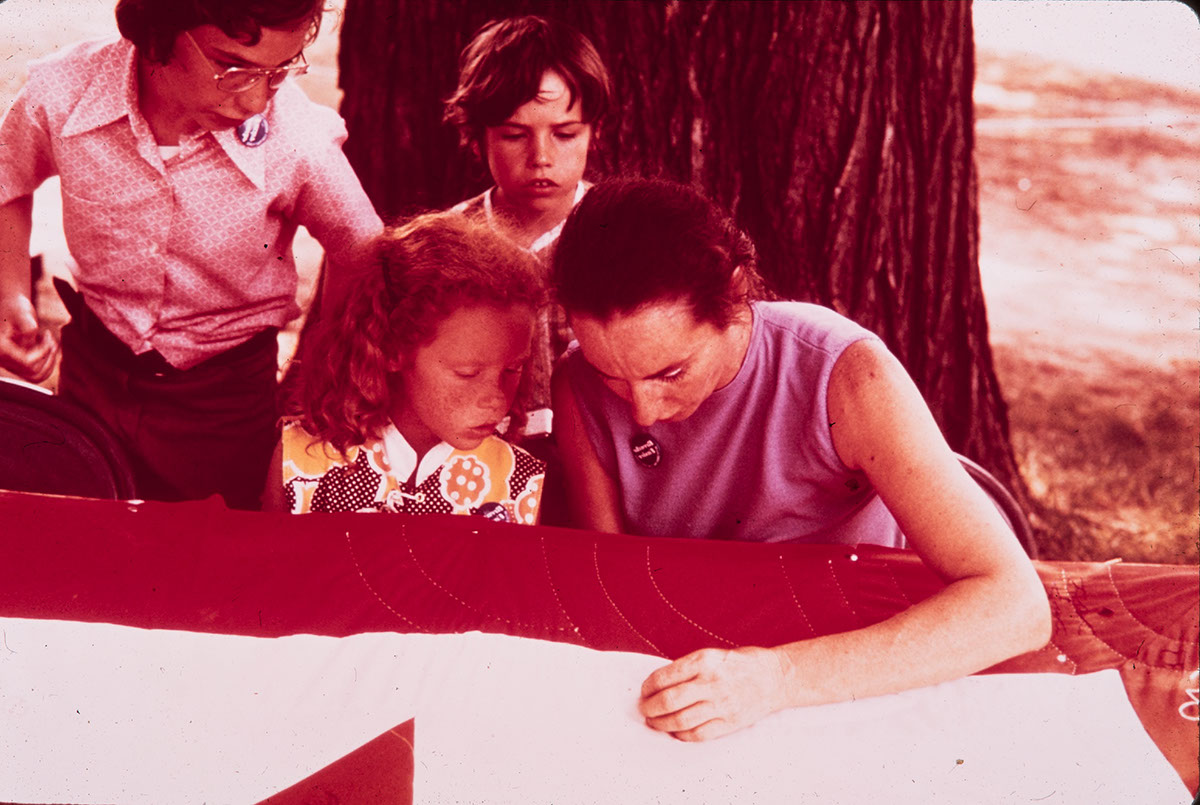 "Regional America" cut across all the other sections of the Festival by looking at the assemblages of different peoples scattered across our land. In this area, therefore, visitors could see working people and children, ethnics and blacks and Native Americans brought together to celebrate not so much their individual identities but the space in which they all live together, their homeplace within the wide American land.

A region was acknowledged to be a hard thing to create on the Mall; it is an abstract made up of a thousand concrete details: the lay of the land, the slant of the sunlight, the way a person says "Good morning," the particular records on the jukeboxes in the diner, the depth of the topsoil, the smell of Sunday dinner. So in Regional America the Festival brought together the people who lived in a particular place and asked them to demonstrate the arts and the skills that make it possible to live in that place and that most powerfully characterize it. It is the sense of home that the Smithsonian sought to capture here.

June 16-20, the Northeast. The Northeast Region combines the peoples and the traditions of the Atlantic Northeast (Pennsylvania, New York, New Jersey, and Delaware) and those of New England. There were demonstrations of lobster trap making, whittling, quilting, and snowshoe making, traditional food preparation, and presentations of Anglo, French, and German American traditional music.

July 7-11, the Upland South. Crafts presented this week included quilting, blacksmithing, stone carving, barrel making, and whittling. Vinegar pie, hominy, biscuits and gravy were made for sampling, with barbequed chicken, corn on the cob, cobbler, and barbequed beans for sale.

August 4-8, the Southwest. Visitors could see cowboy boot making, adobe making, mural painting, calf roping, saddle making, rawhide work, and soap making demonstrated as part of the presentation of the culture of the Southwest. Traditional ranch cooking was demonstrated, with chili, beans, and sourdough biscuits among the featured specialties.

How can we measure the spatial limits of a tradition? When a group of people share a similar way of life, political or geographical dividing lines are of little

He was a man of his generation, of his time, and of his region, and his life story follows a classic pattern.