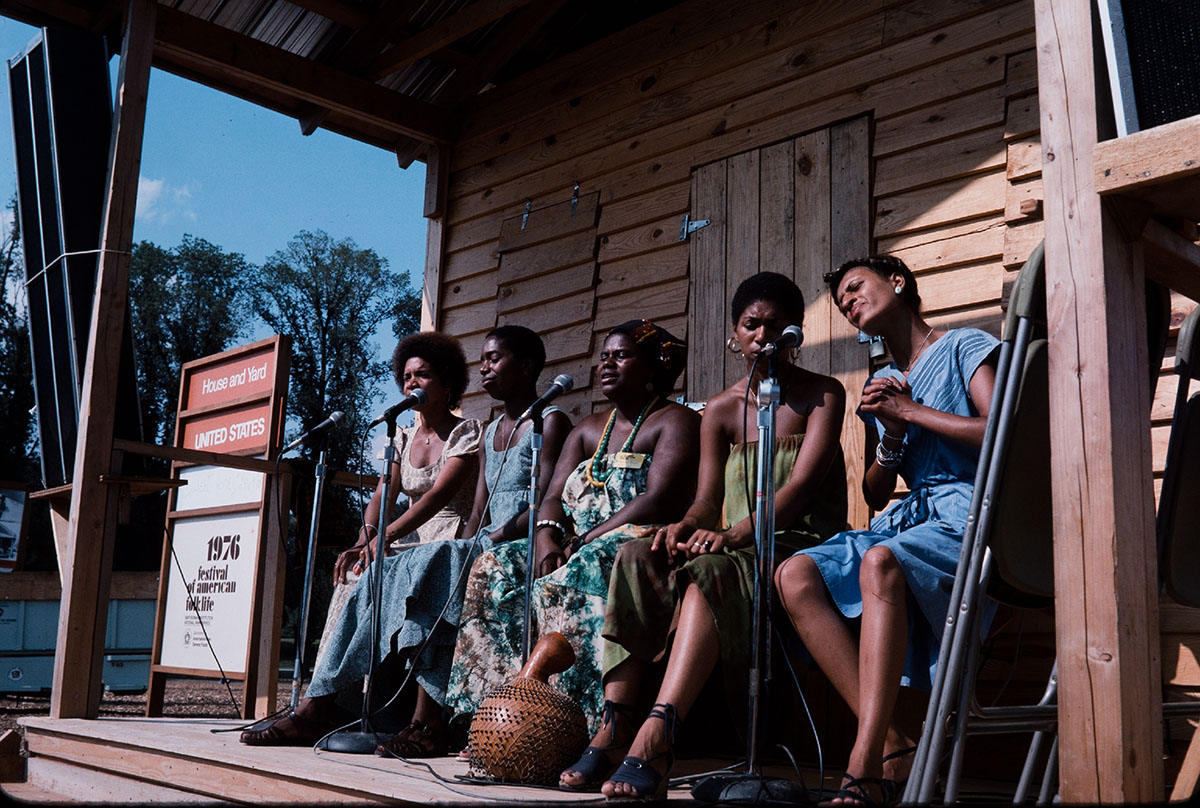 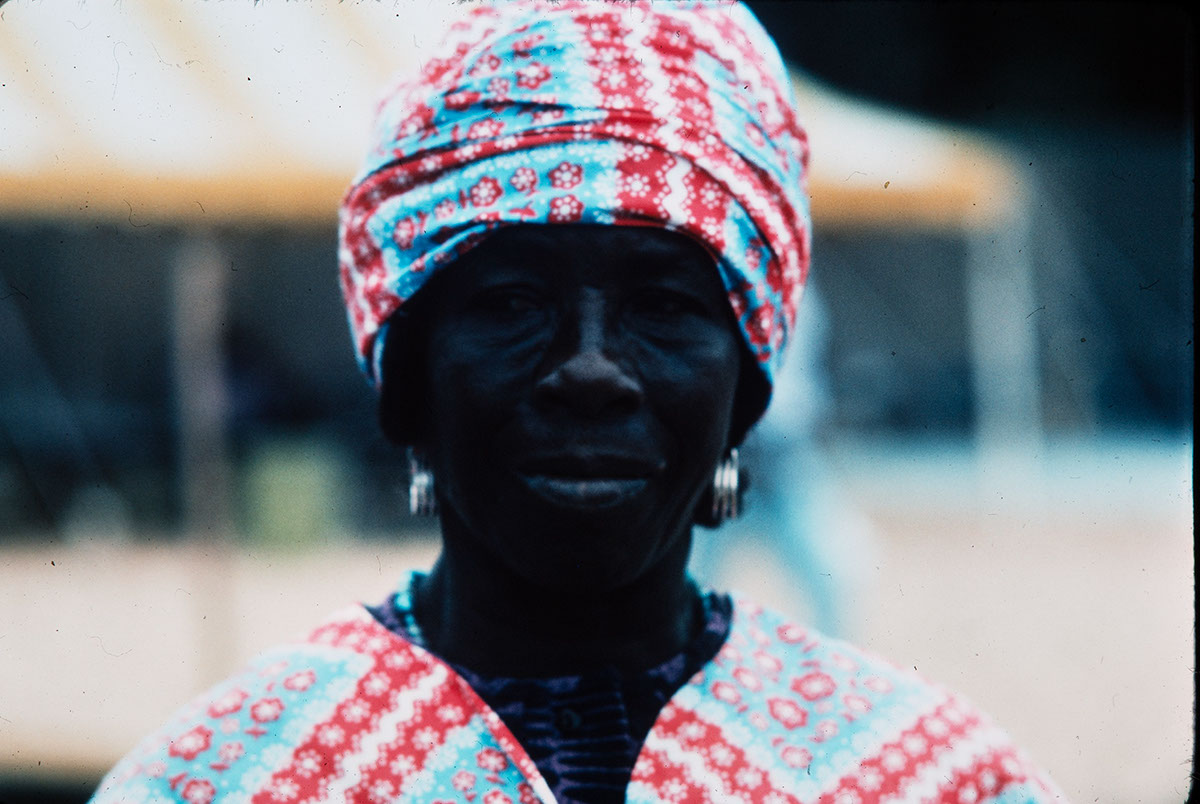 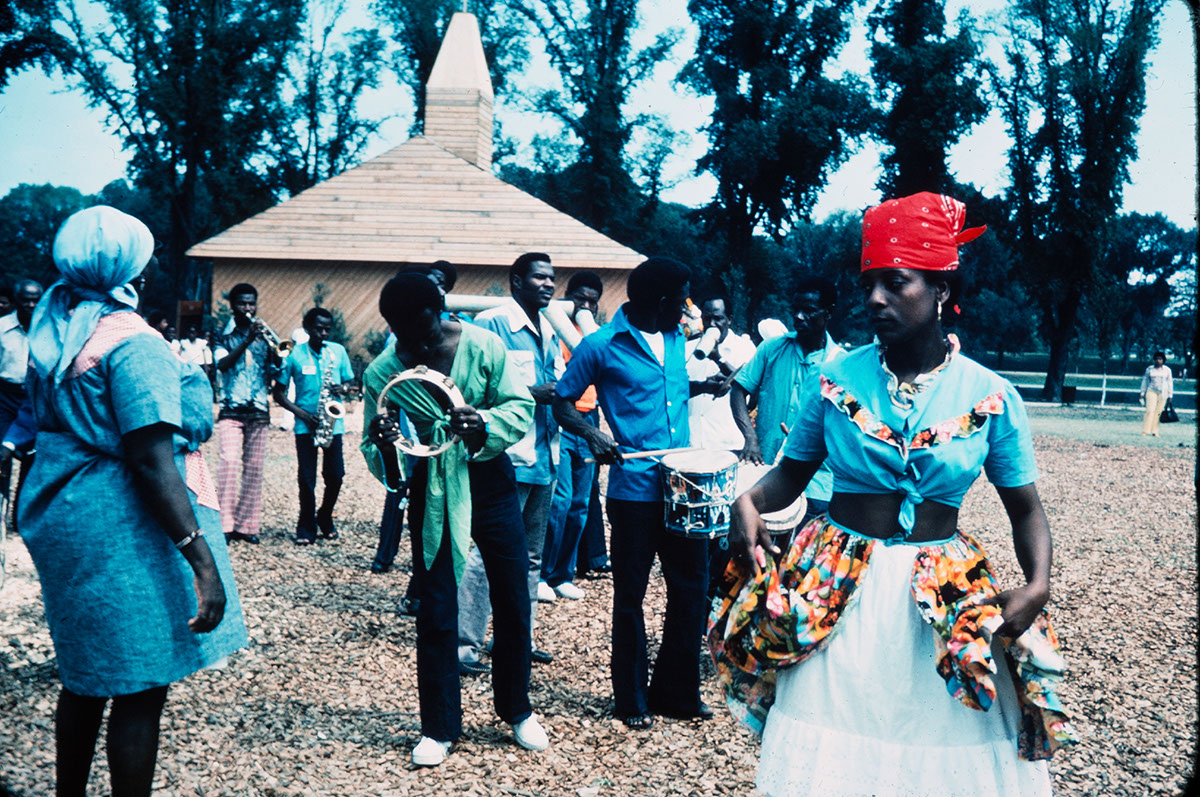 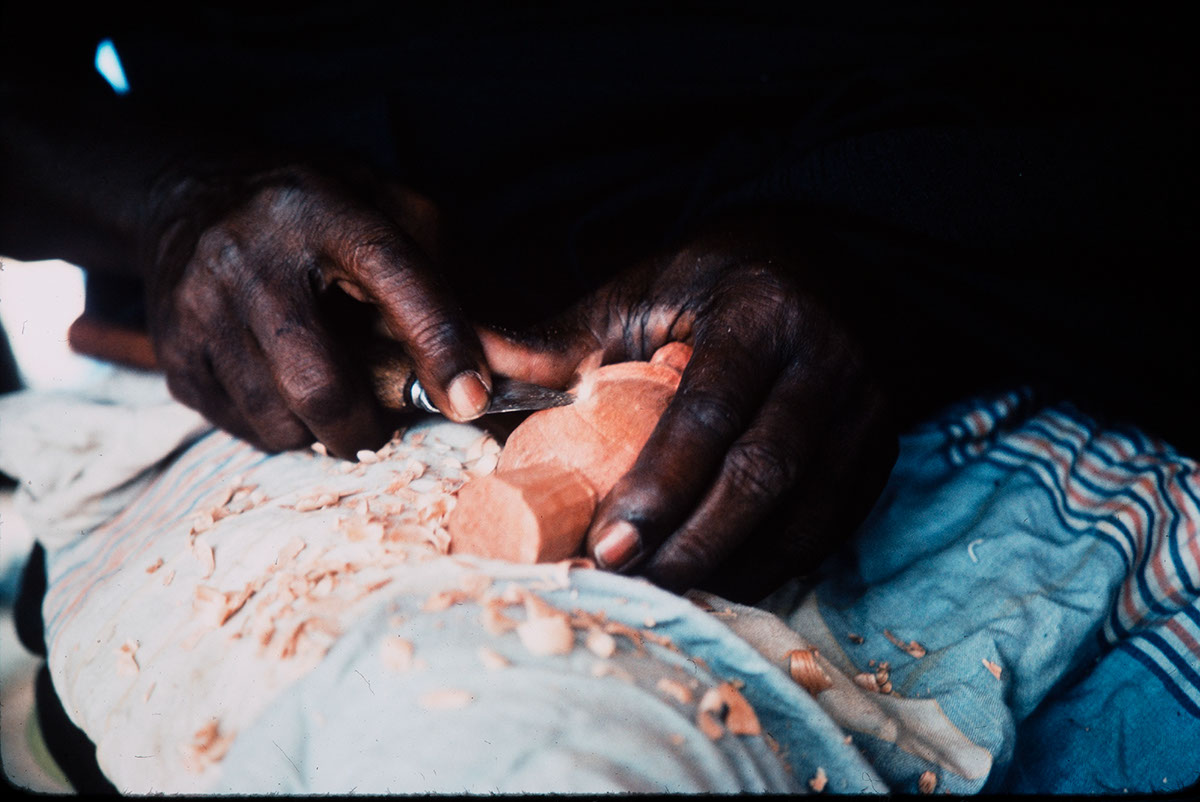 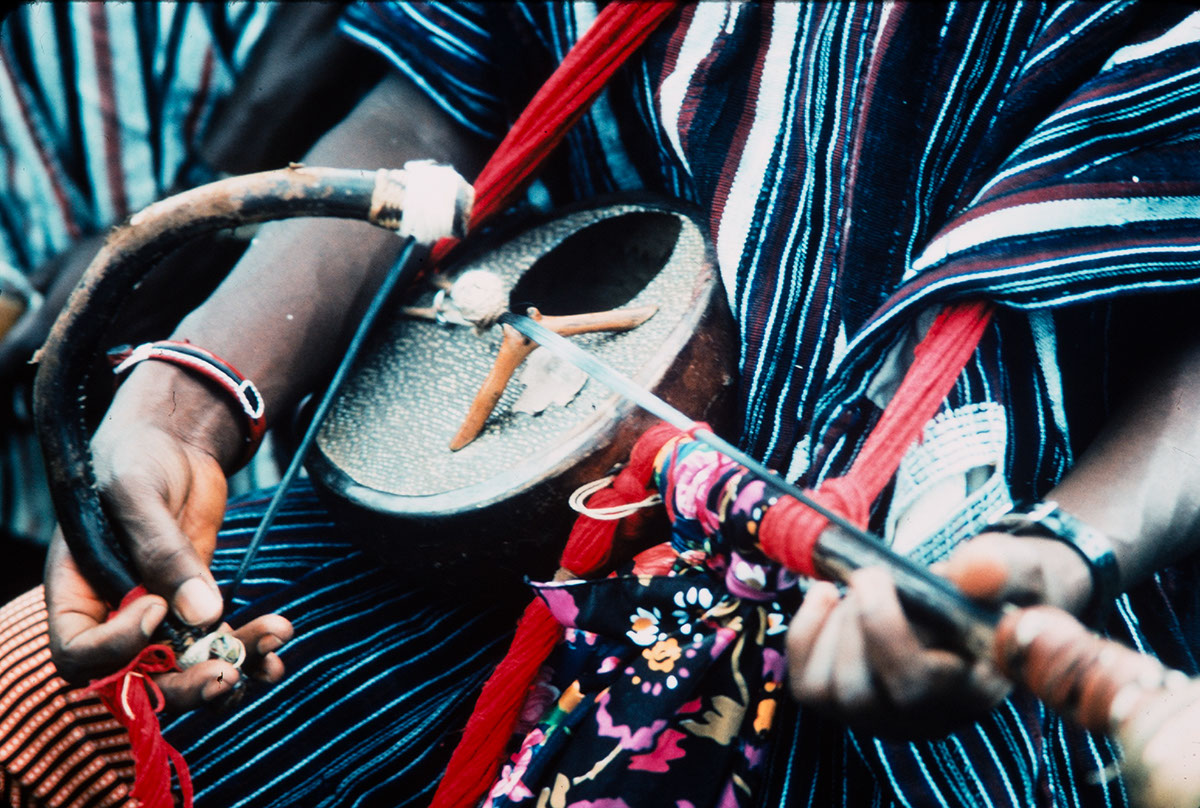 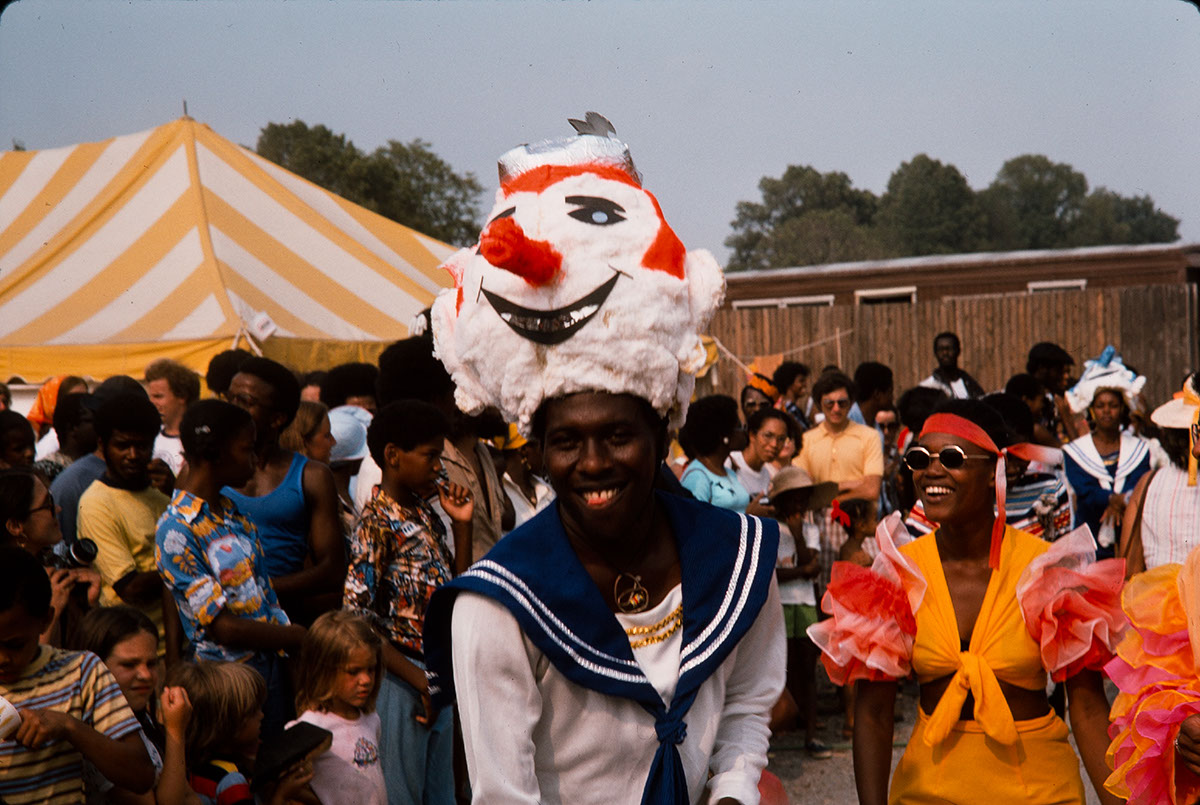 The African Diaspora program was developed in 1973-74 to make a comprehensive statement about the dispersal of black culture. The area paid tribute to the varied cultural contributions of black American communities and documented how black peoples and cultures flourish throughout the world. Exploring those aspects of culture that link black Americans to Africa, Latin America, and the Caribbean, presentations centered on three activities common to all : home life, worship, and trade. Each was represented on the Mall by an appropriate physical structure: a house, an altar setting, and a marketplace. In each structure, the various artistic forms - music, crafts, material culture, dance, and the spoken word - depicted black culture as a dynamic, living force. The evolution of the culture was shown as black artists of all ages carried out their skills, be they traditional, evolved, or revival.

Different countries of Africa or the New World were featured each two weeks, with U.S. participants also rotating biweekly:

"In the Rapture" is an Afro-American religious drama conceived in a dream some eight years ago by Mrs. Margarine Hatcher of Indianapolis, Indiana, which retains