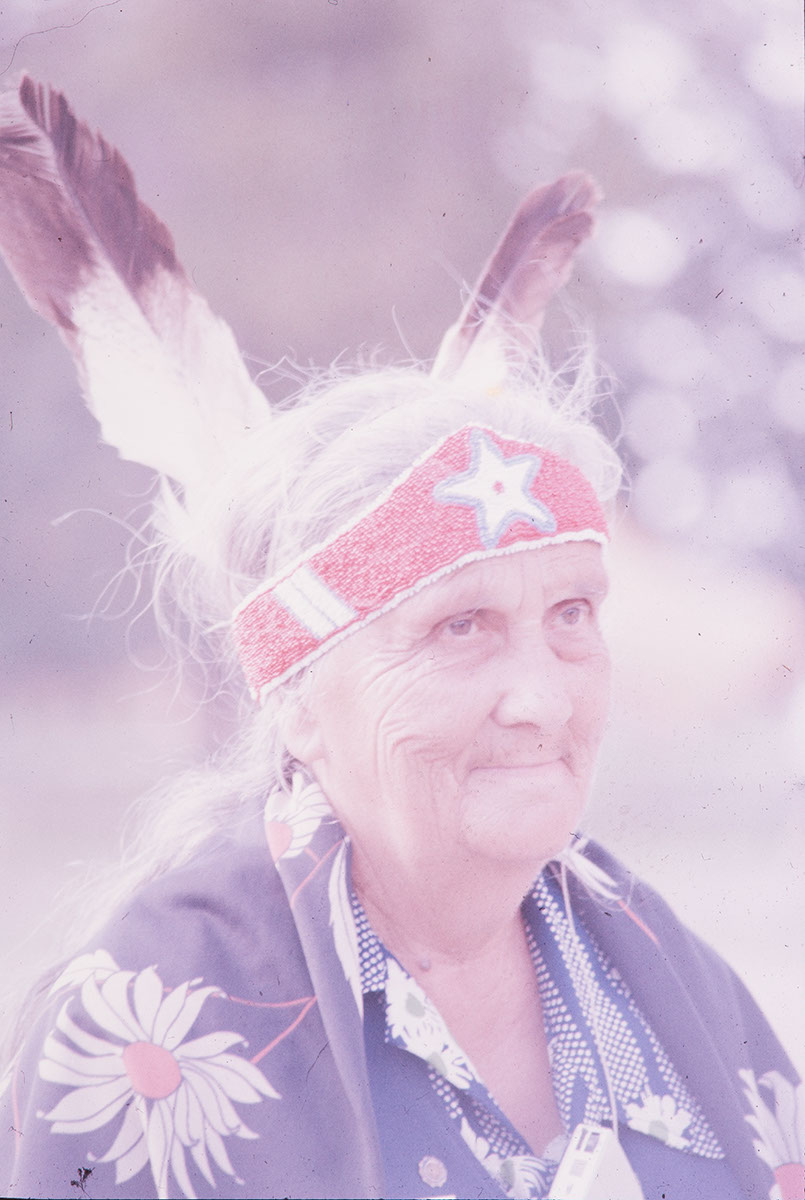 The continuing traditions of the original inhabitants of this nation were presented in the Native Americans area by representatives of the more than 200 Native American communities throughout the United States. Working with the Smithsonian, they had examined their traditions and created the programs, speaking to their way of life today and their hopes for the future.

The Native Americans area was designed with Native traditions in mind. The entire area lay within a circle that represented the wholeness of life, emphasizing that, in Native philosophy, everything is interrelated. A corn field formed the outlying circle; corn, the contribution of Native Americans to the peoples of the world, is regarded as the gift of Mother Earth. With squash and beans sharing the field, the entire area was thus surrounded by the three staple foods of the Southwest, the "three sisters" of the Iroquois. The Learning Center, designed by architect Dennis Sun Rhodes, Arapaho, faces East, the direction of sunrise and of life, and visitors were intended to proceed inside sunwise, in a circle. In its design and in its presentations of music, crafts, dance, and discussion, the Native Americans area honored the first Americans.

Building upon six years of programming during preceding Festivals, the Bicentennial presentations presented a region-by-region overview of American Indian folklife:

In June, 1744, the Governor of the colony of Pennsylvania arranged a council of delegates from Pennsylvania, Virginia, and Maryland to meet with sachems of the

The Comanche Today: The Use of Crafts as Social Cues

Anthropologists tell us that people make and use objects for three important purposes: economic, social and spiritual. In the first group are tools, houses, ...