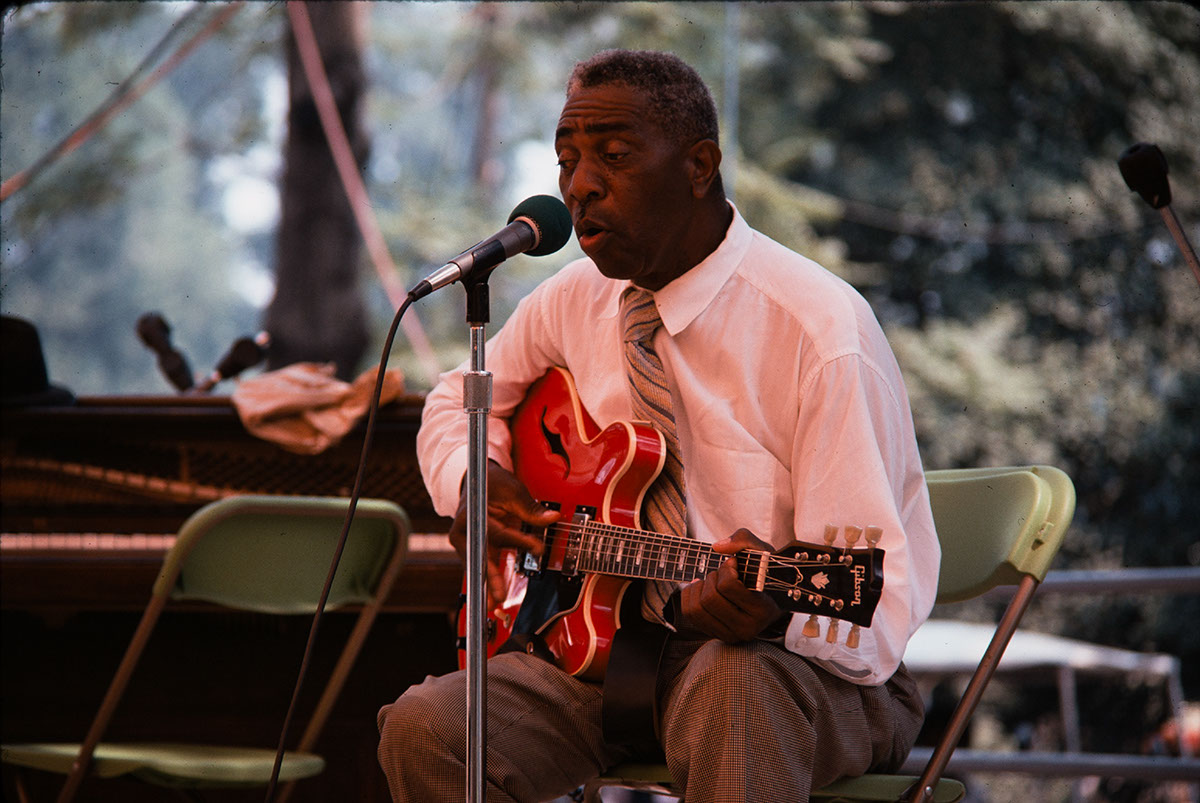 During the 1974 Festival, the Regional America program featuring Mississippi took place only during the first week (July 3-7, 1974). A Festival Stage presented Mississippi musicians during that week, alongside performers from other programs. During the two down days (July 8 and 9, 1974) and the Festival's second week, in addition to cross-Festival presentations, the Festival Stage hosted a program devoted to the "Evolution of American Folk Music". That program sought to trace the hidden or lost connection between "down home" music and the professional music that evolved from it. It focused on four traditions of folk music and several styles of more popular music descended from the older forms. Two of the traditions were considered familiar to many people who visit folk festivals - black music and white country music. The two other traditions had not theretofore been presented with the same attention - the music of the French-speaking Cajuns and Creoles of Louisiana, and the music of Spanish-speaking Cubans, Puerto Ricans, and Mexican Americans from New York and Texas. These presentations featured the music that people make at home for their own enjoyment, and the music that developed as these people and their students began making music outside their homes for the entertainment of the public.

The program was coordinated by Frank Proschan and James Rooney. Substantial financial support came from the Music Performance Trust Funds.