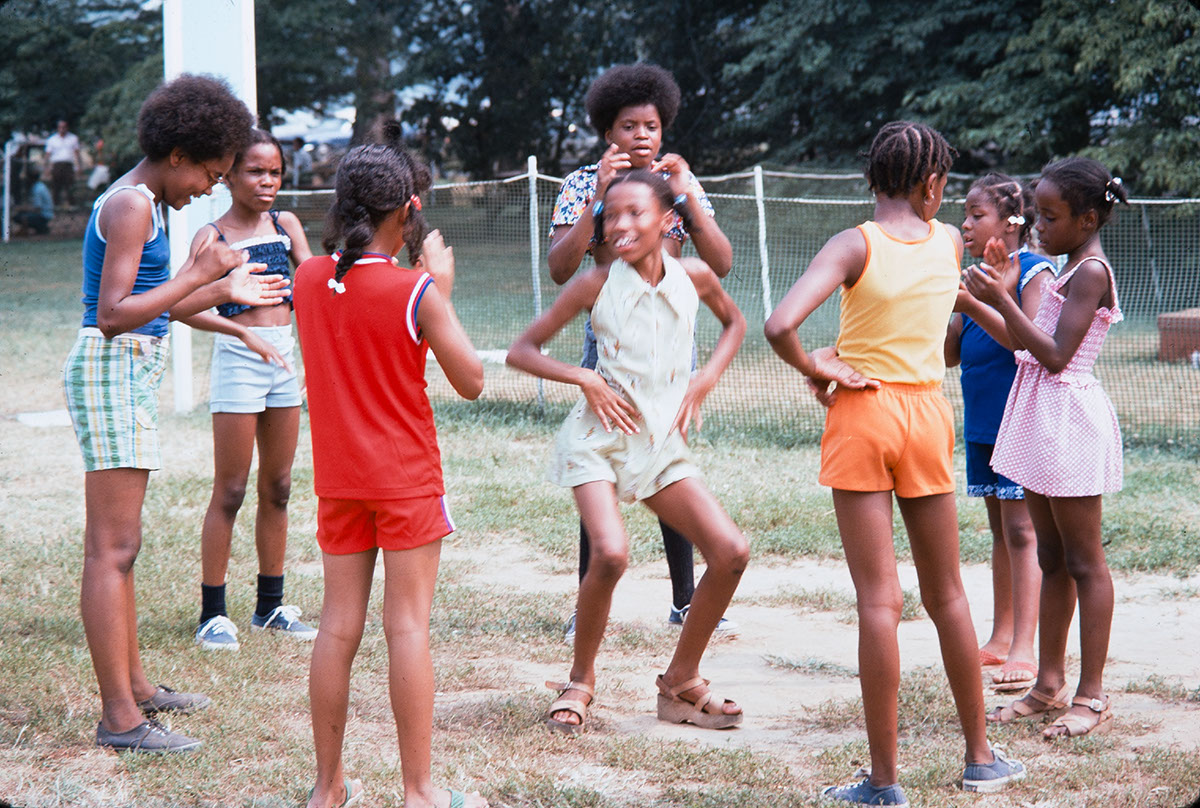 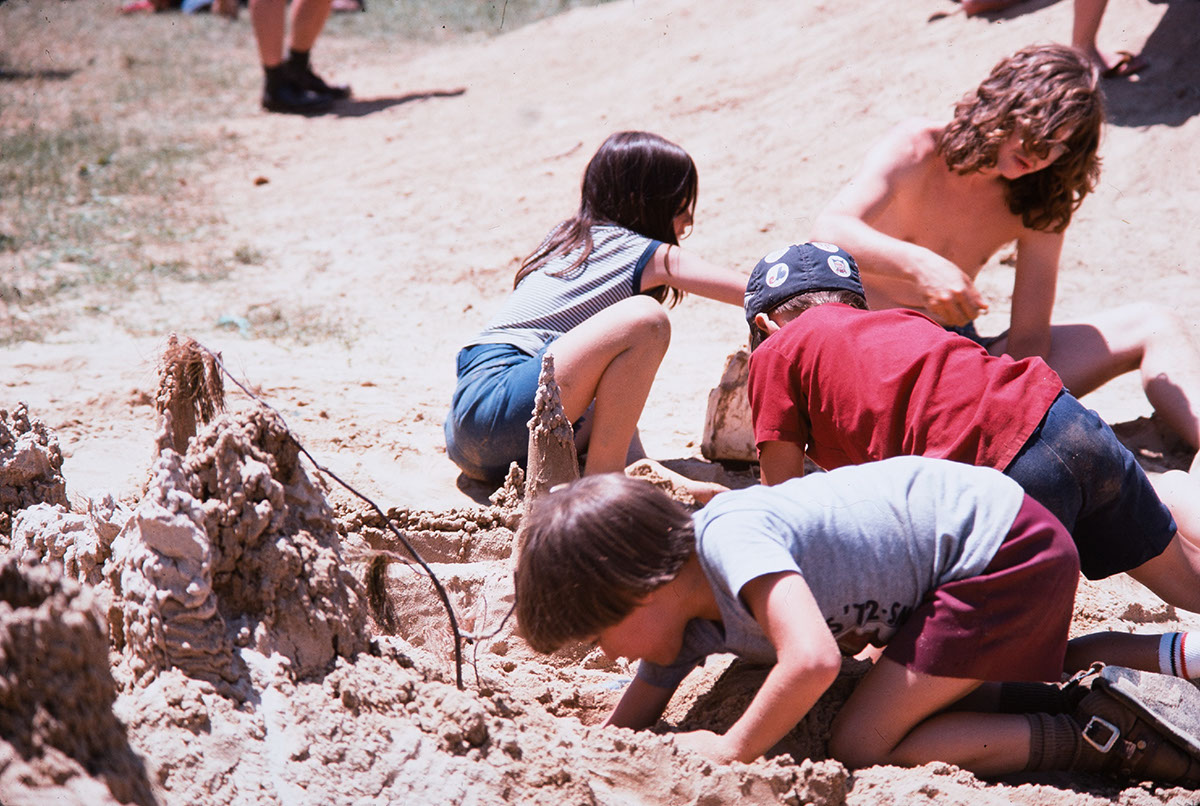 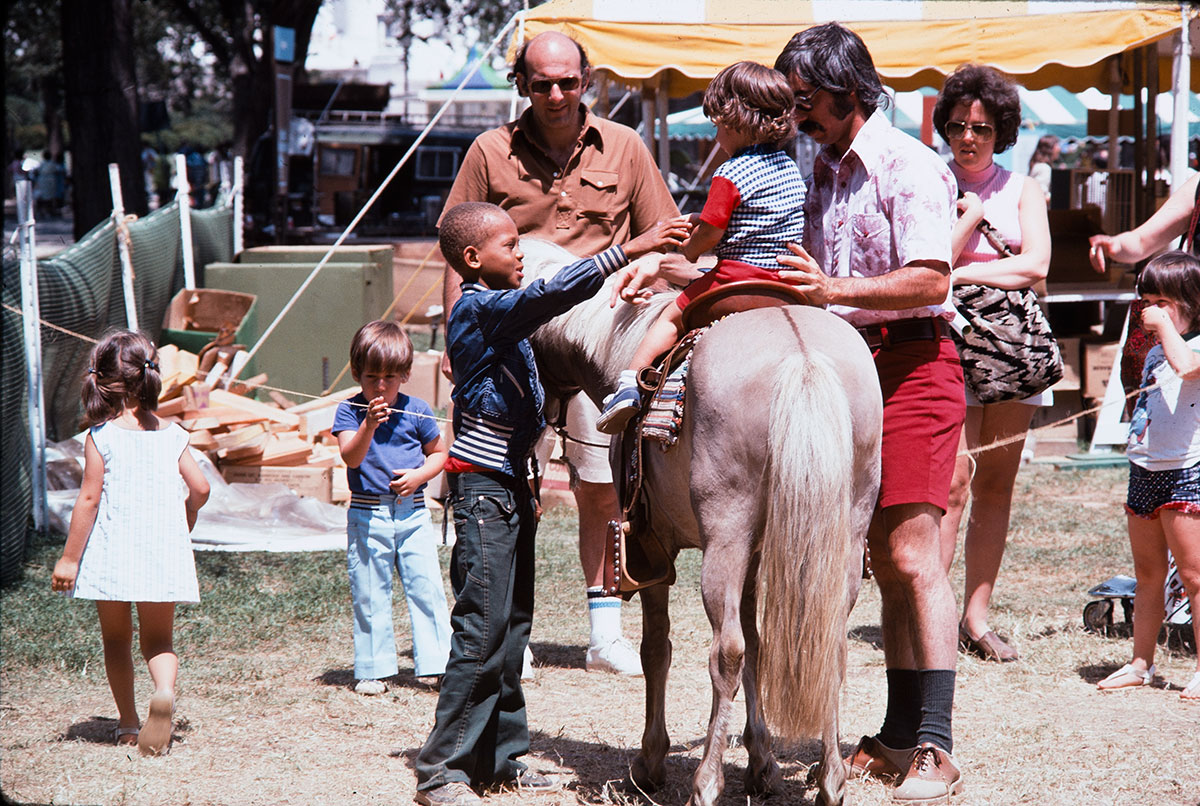 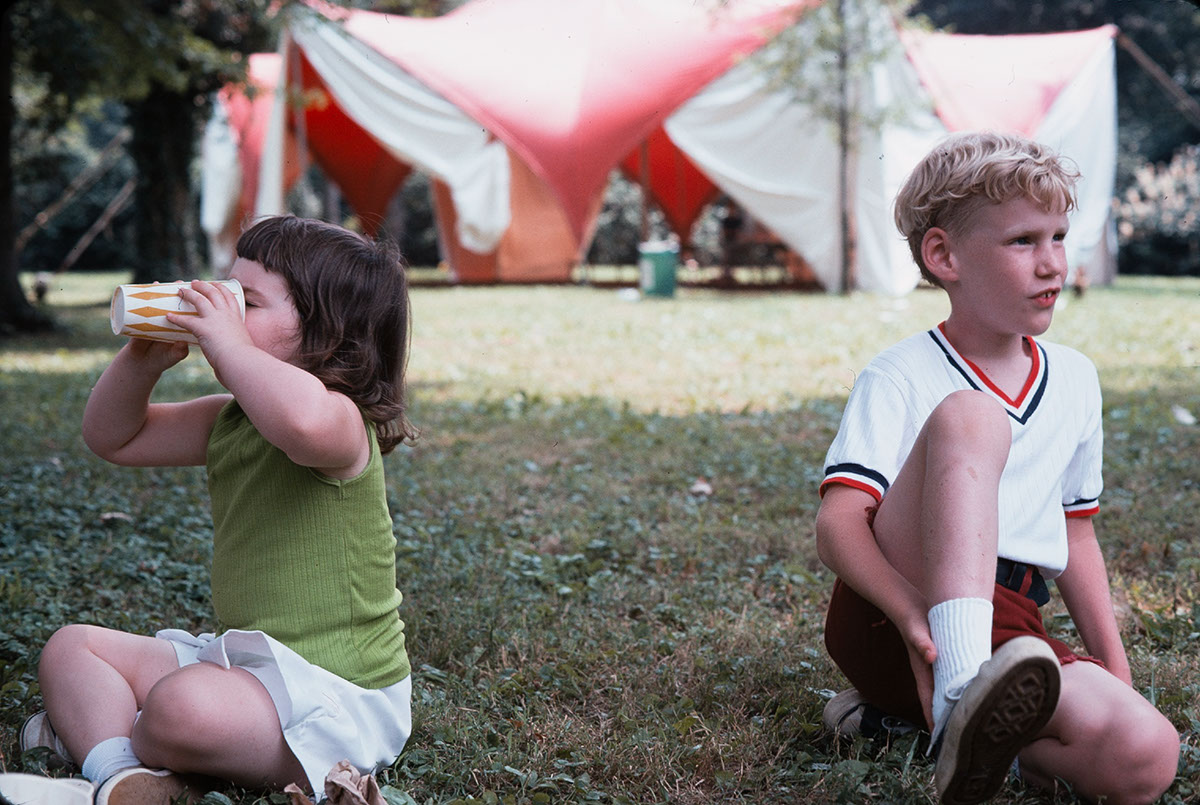 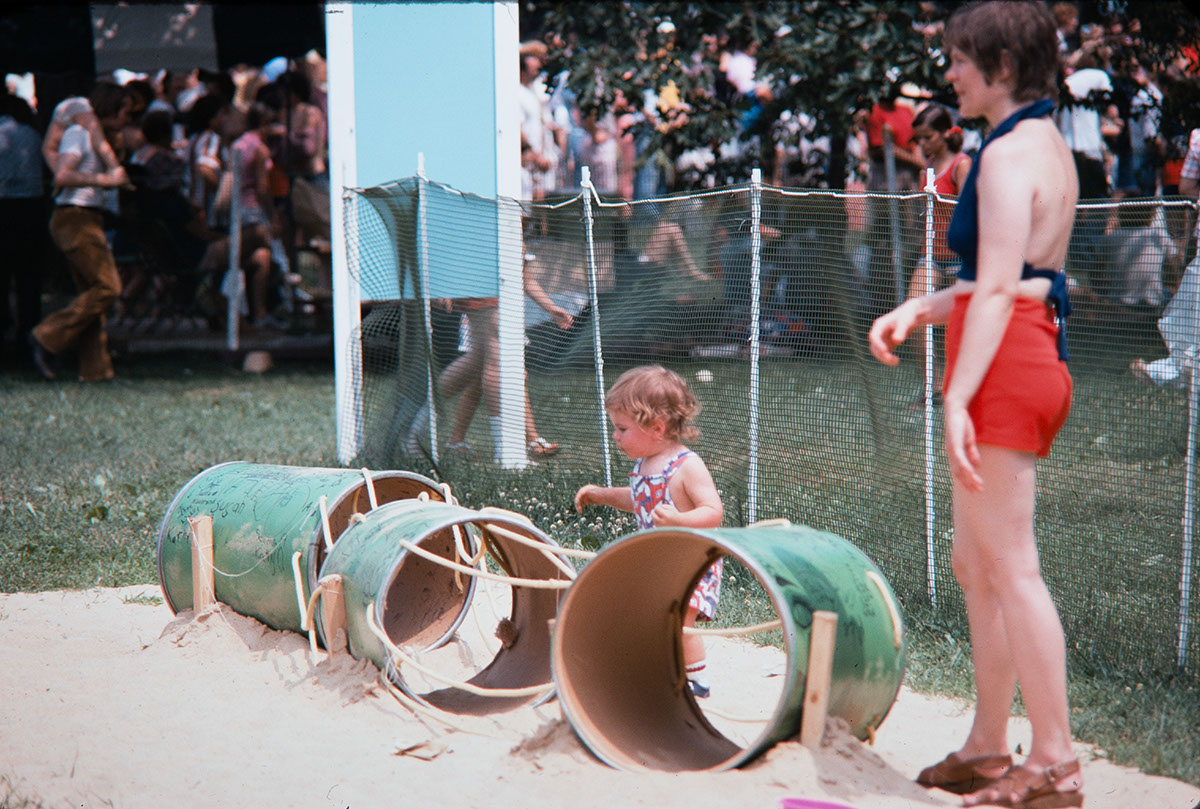 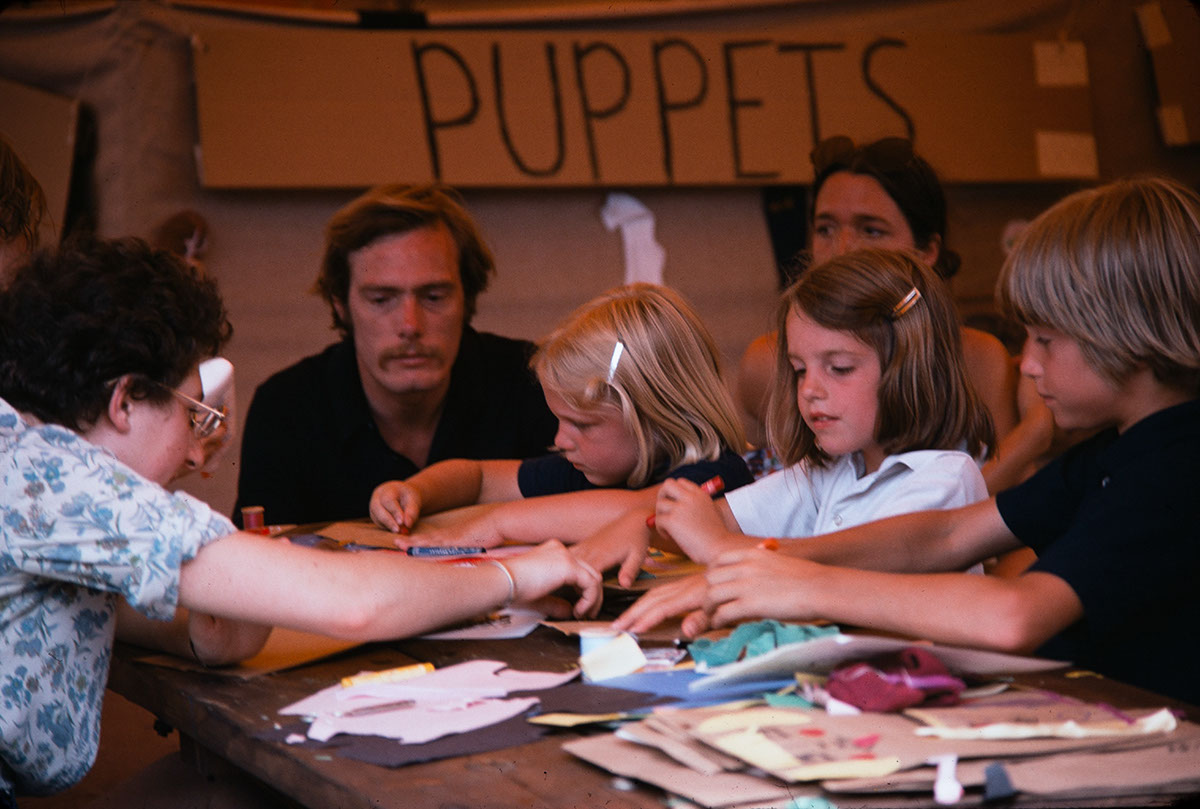 The Children's Program was created in 1974 to encourage children's participation in the Festival, teaching and learning dances, games and songs, telling jokes, listening to tales, recording their impressions in drawings, and discussing and sharing their own folklife. Three primary adult participants were joined by countless child visitors over the course of the Festival for participatory workshops. Contingents of children from several elementary schools in Washington, D.C. (Brent Elementary, Brightwood Elementary, Edmonds Elementary, Peabody Elementary, Watkins Elementary), Landon Summer boys' camp in Bethesda, Maryland, and Children's International Summer Villages in Washington, D.C. were also featured. In addition, participants from other programs at the Festival also led activities in the Children's Program.

The program was coordinated by Kate Rinzler, assisted by Barbara Melnicove. It continued on a larger scale in the 1975 and 1976 Festivals, and children's programming continued to be part of many Festivals that followed.