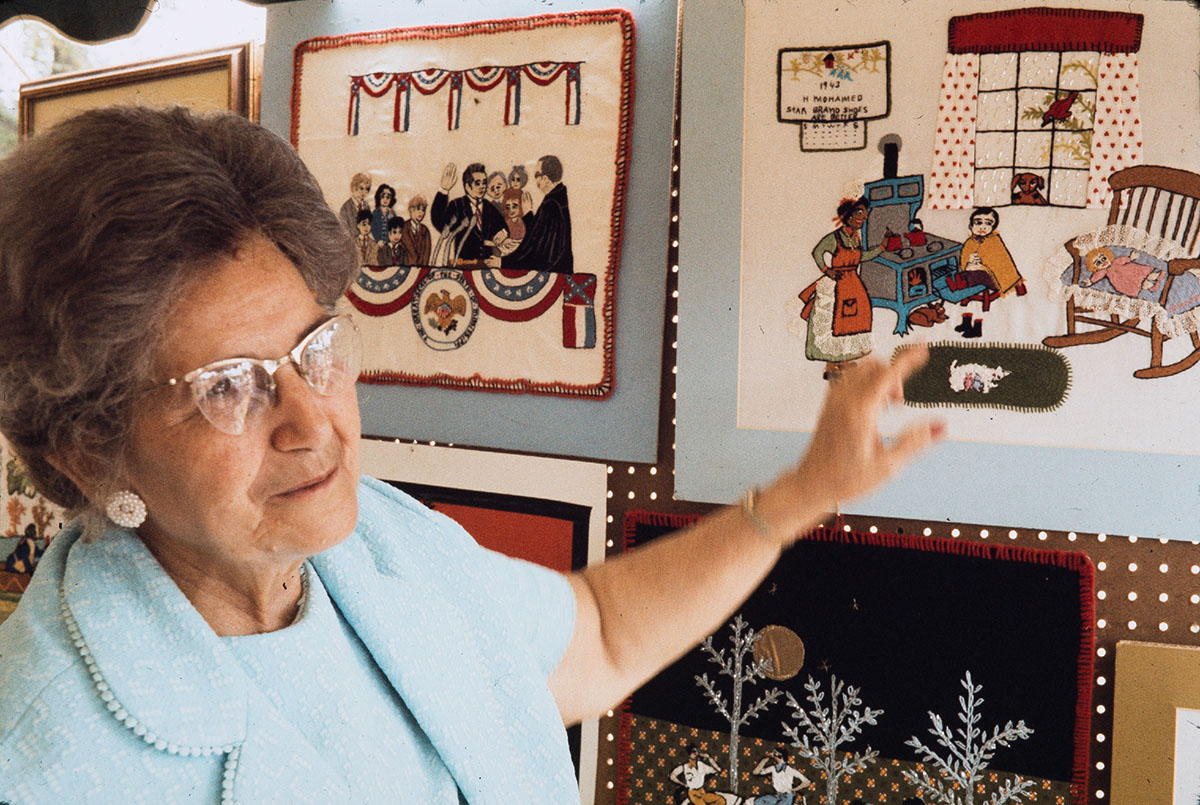 The Family Folklore Program was established to collect family lore from Festival-goers. At its tent in the children's area, a group of folklorists were on hand to speak with visitors about their family lore and to audio record it. This included names and expressions (nicknames, pet names, names for automobiles, endearments, euphemisms, greetings, and family words and expressions of all kinds), foodways and traditional family foods (descriptions of holiday foods and traditional ethnic dishes, as well as special treats made for children - or invented by them), family anecdotes (ranging from legends of a family's ancestors to quirky family experiences).

The program was animated by the hope that the participatory process of collection would be a rewarding one for Festival-goers, that it would enable them to bridge the gap between the great traditions expressed on the various stages and displays and the small traditions that are an integral part of everyday life, and to make the connection between the traditions of ethnic and occupational groups and those of their own families. More than 250 Festival-goers recorded their family lore, with sessions ranging from 15 minutes to more than an hour. Following the 1974 Festival, the Smithsonian put out a call for family photographs and family albums that generated an enthusiastic public response.

The program was coordinated by Steven Zeitlin, together with Holly Cutting Baker, Sandra Gross, and Amy J. Kotkin. It continued to collect family lore from Festival-goers for three more years, through the 1977 Festival.