< Previous | Next >
1969 Festival of American Folklife 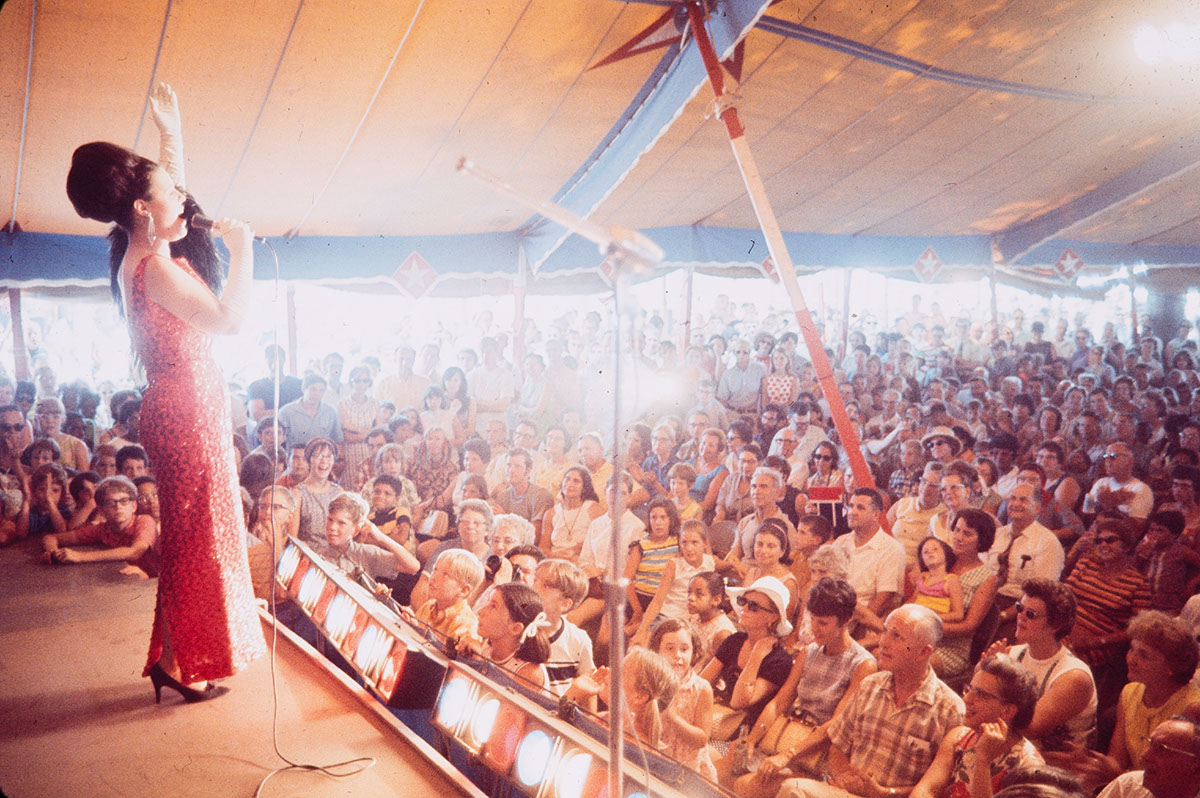 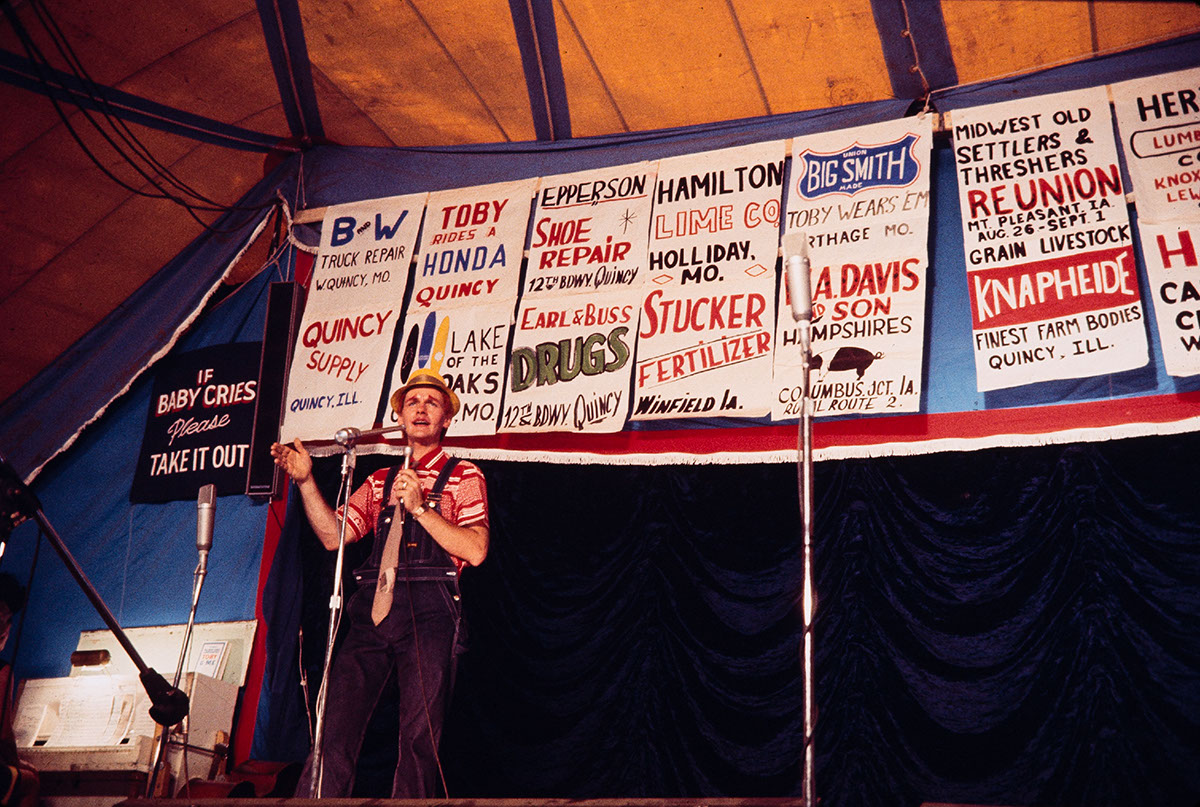 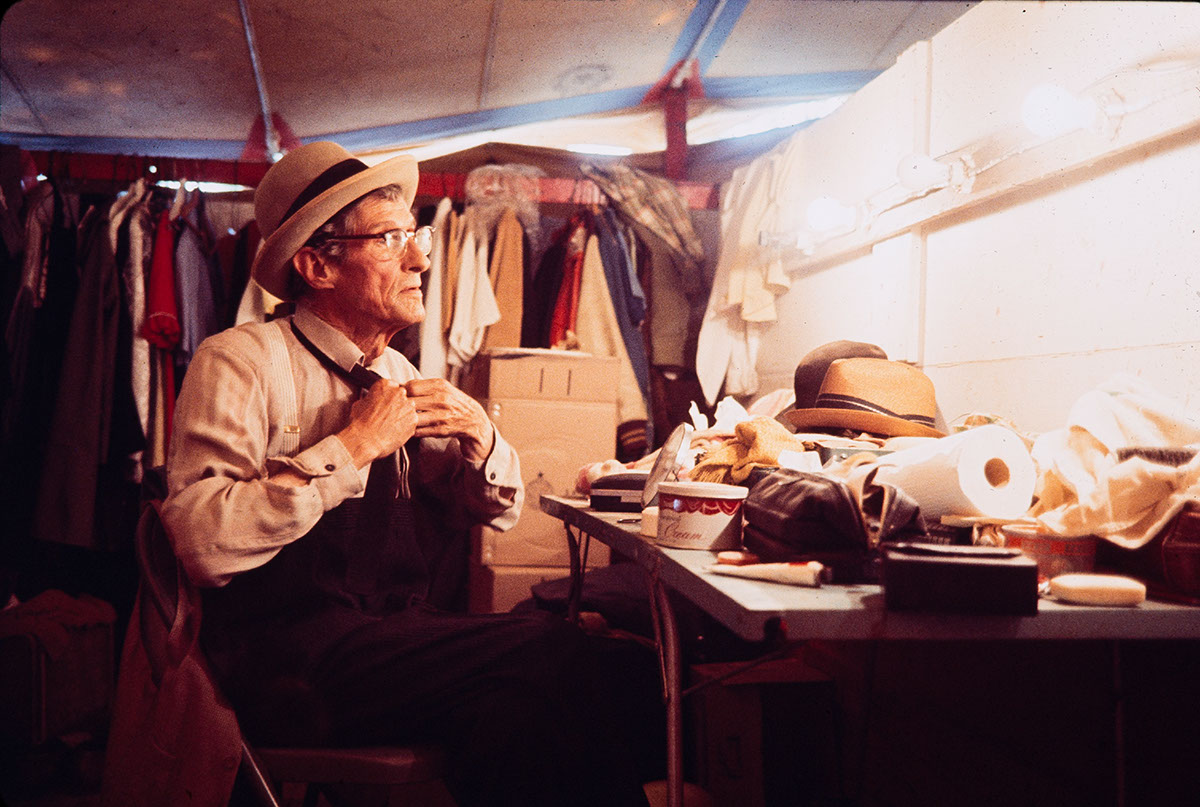 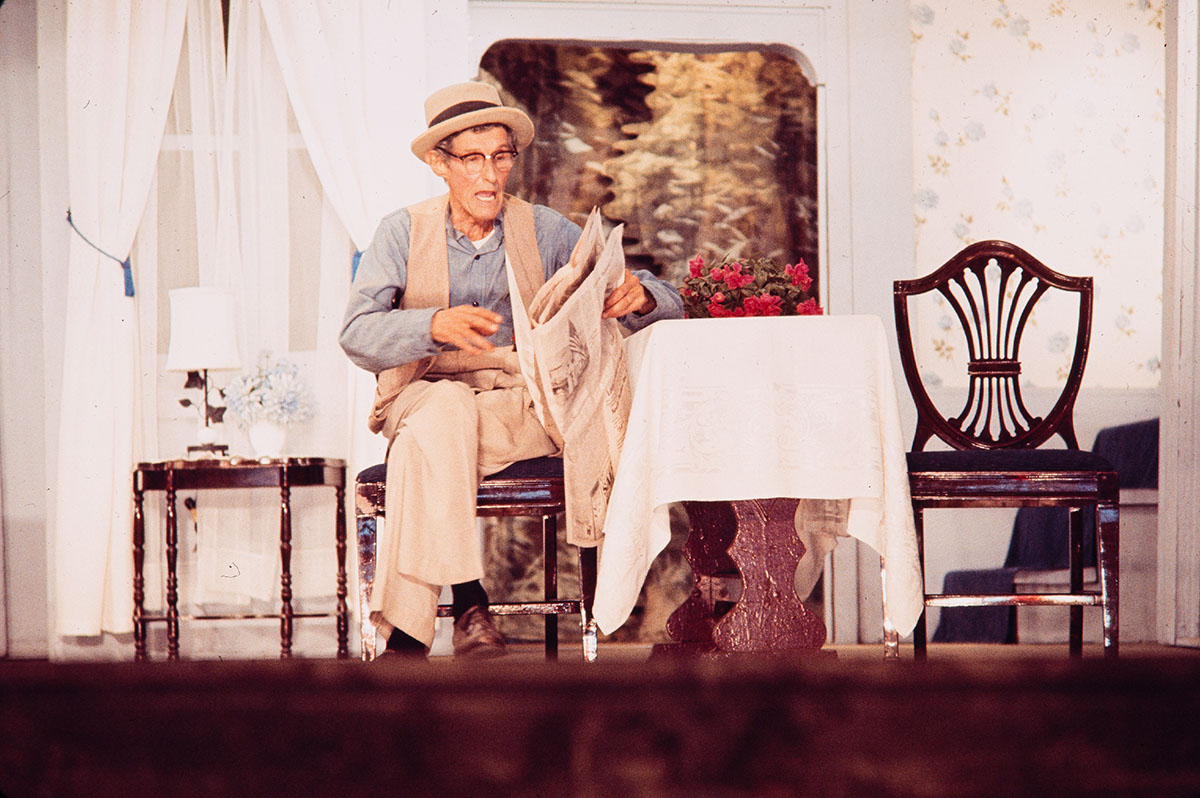 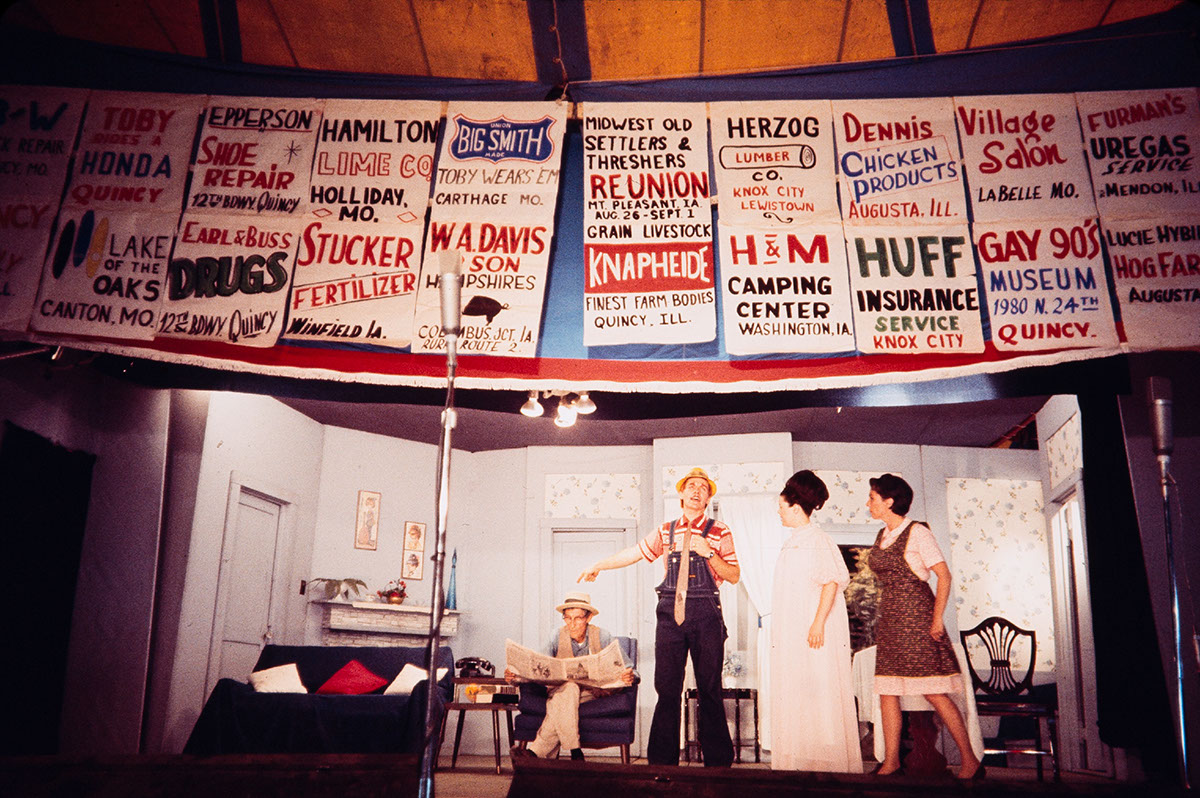 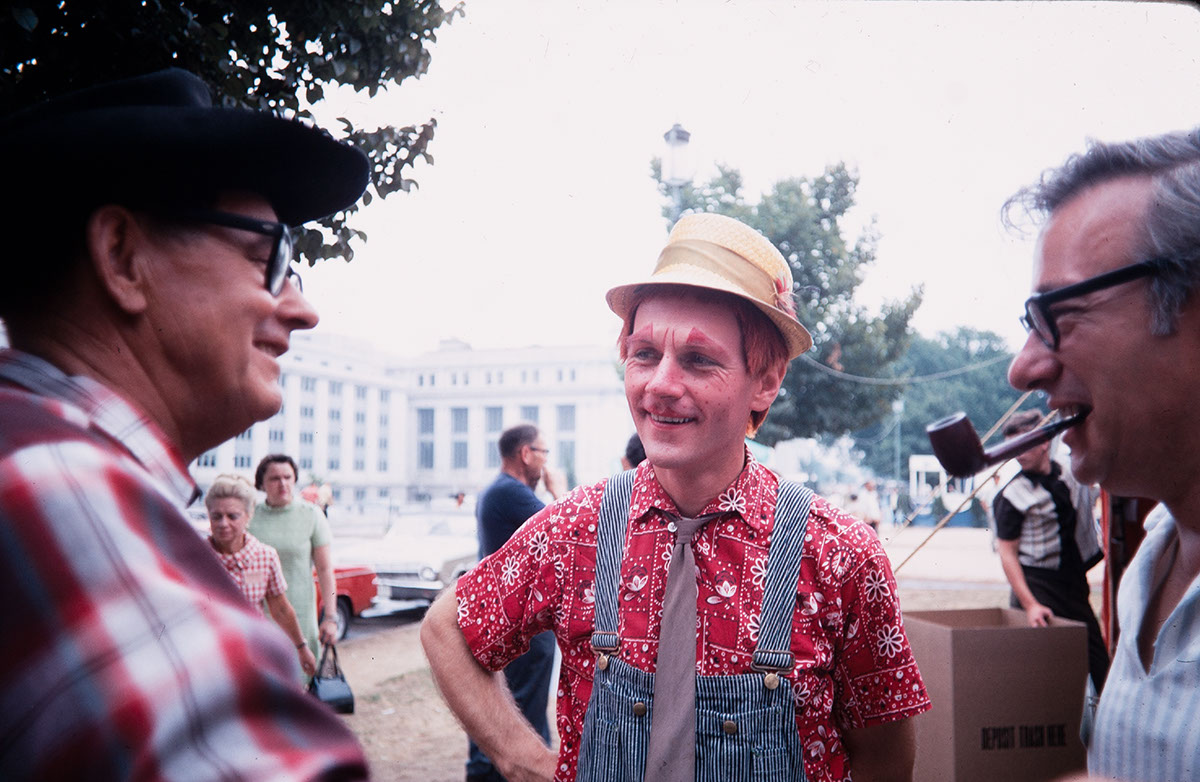 When Neil Schaffner put on his bib overalls, red wig and silly hat, and painted on his huge freckles, clown mouth and peaked eyebrows, he became Tobias T. Tolliver of Hogscratch, Arkansas. Toby's antics delighted hundreds of thousands of Midwesterners for more than 40 years beginning in 1925. Actor Schaffner became Toby for more than 8,000 tent show performances throughout Iowa, Missouri and Illinois. Schaffner's wife, Caroline, played Susie B. Sharp, in pigtails with the same huge freckles, wearing a calico dress and a straw hat with a single blossom. Together, the Schaffners brought live theater to small-town audiences throughout the region.

Taking over the show in 1963 - and the role of Toby - was James V. "Jimmie" Davis, a veteran member of the Schaffner Players. His wife, Juanita, played the part of Susie from 1963 to 1979. The Davises were on the road for 15 weeks each summer with their young sons, Brant, Darren and Ryan. They also made yearly appearances at the Iowa State Fair. It was the Davises who brought the Toby Show to the National Mall in 1969 for the Festival of American Folklife, where they performed their tent show to Festival visitors each day.