Texas: A Celebration of Music, Food, and Wine 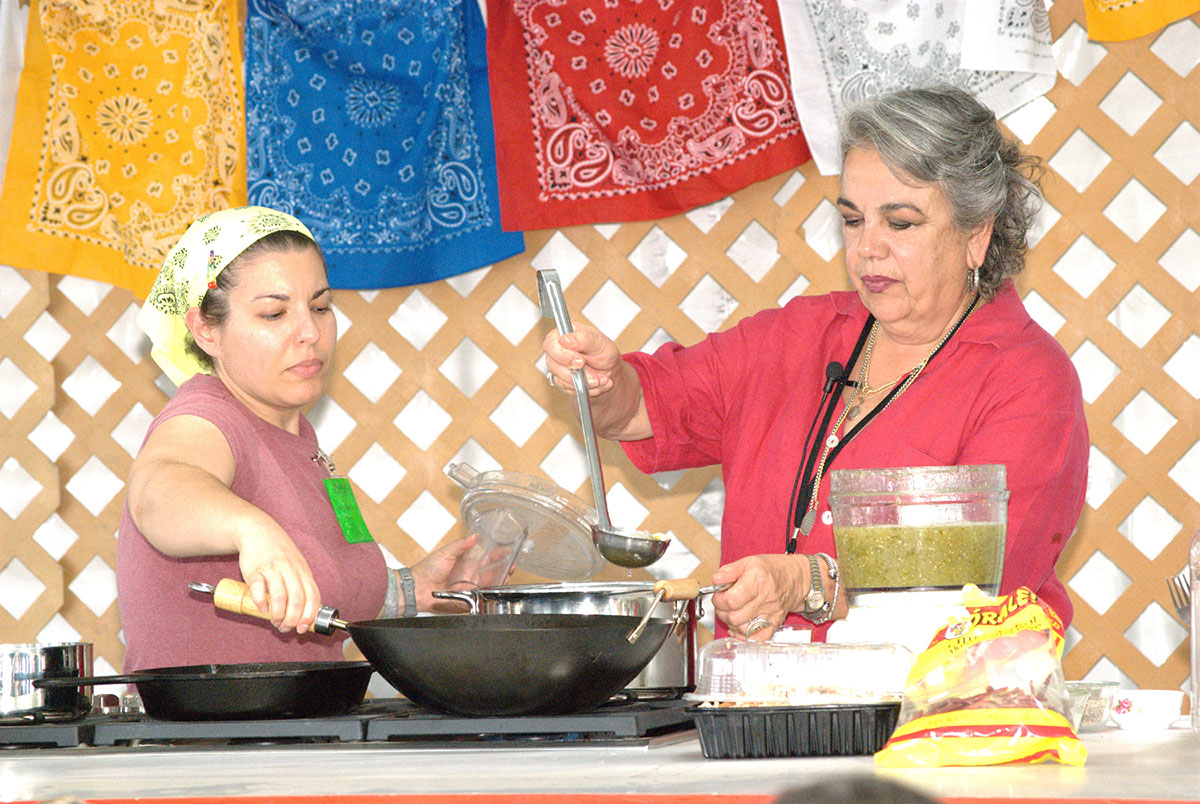 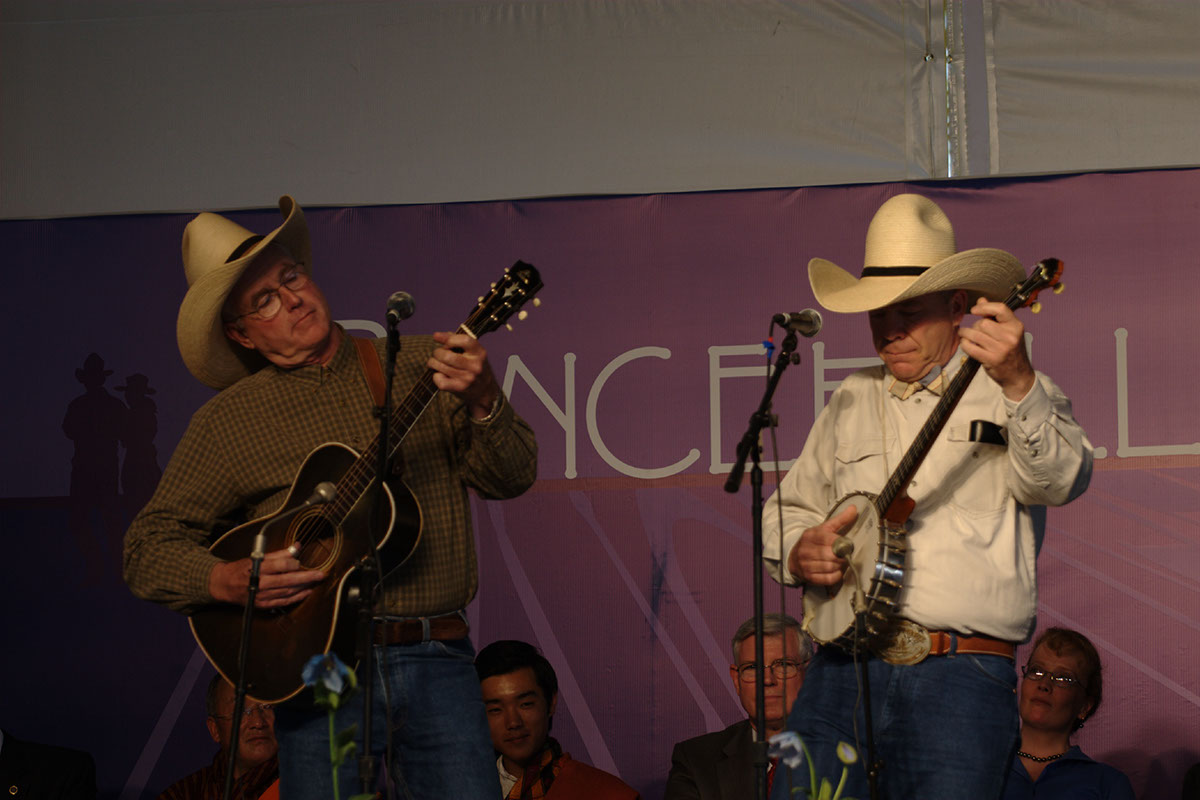 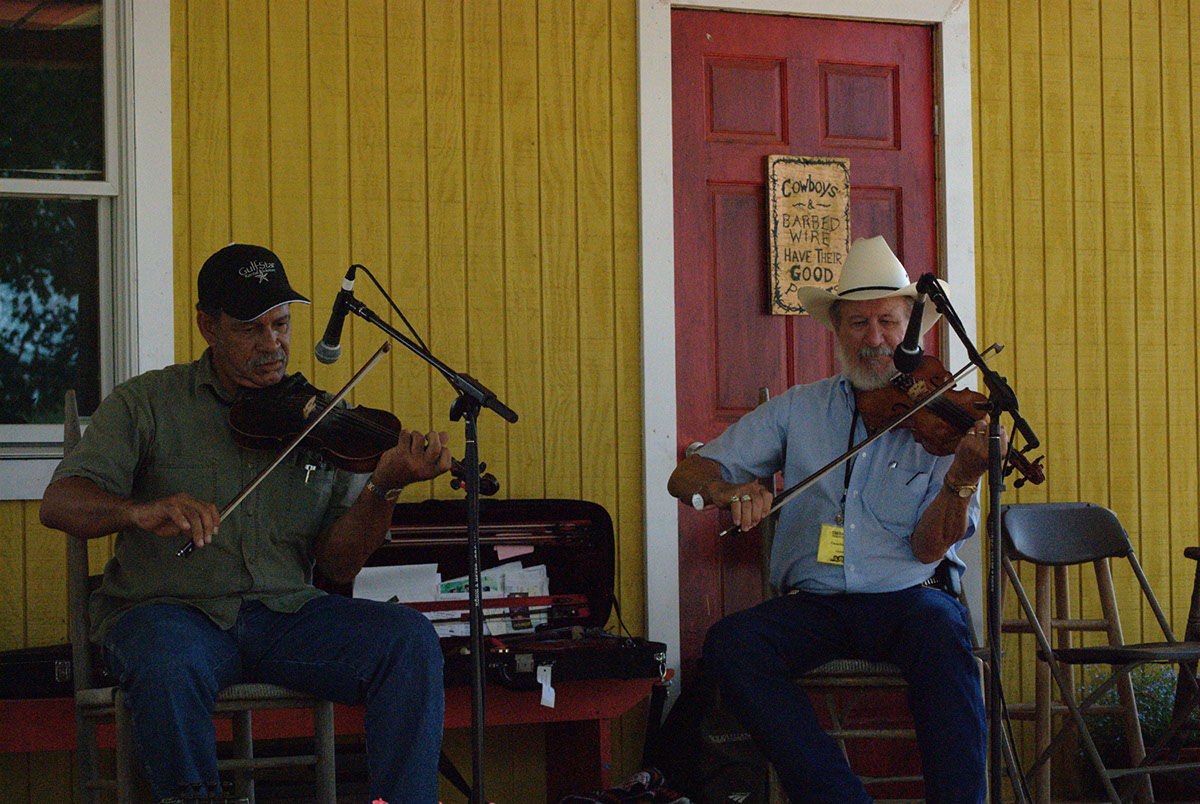 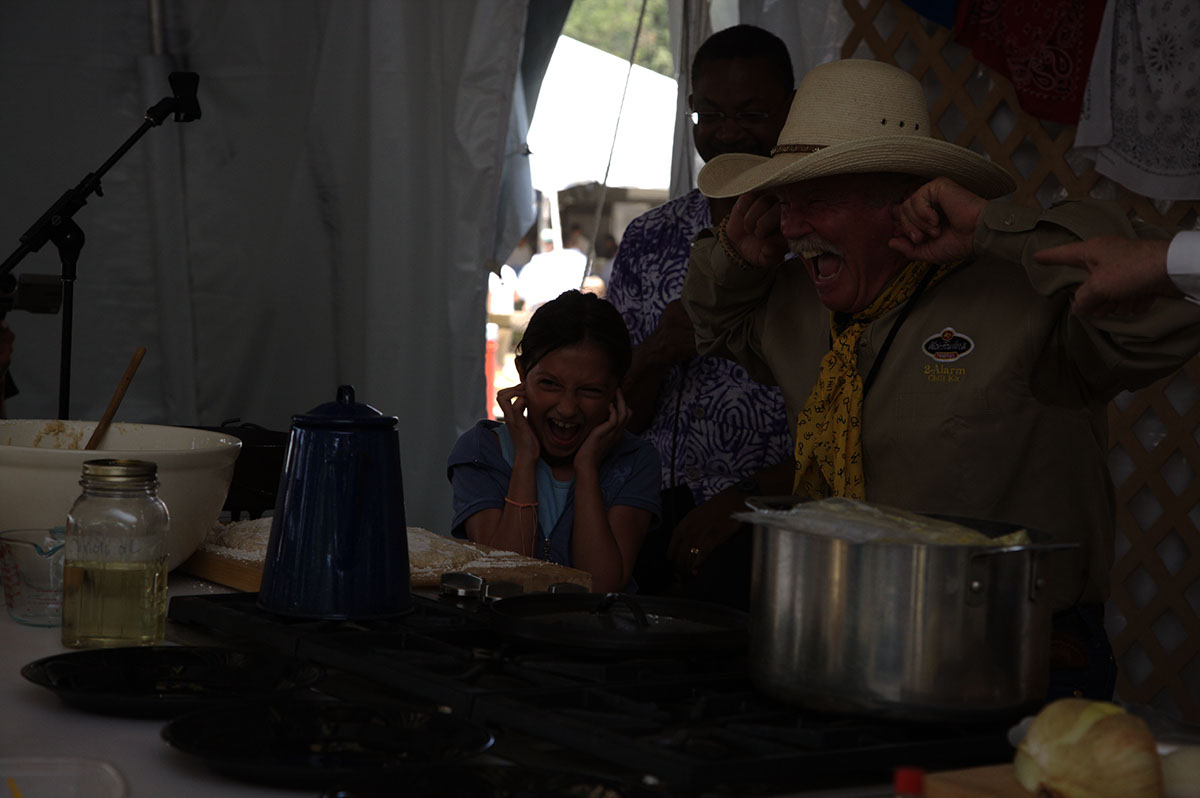 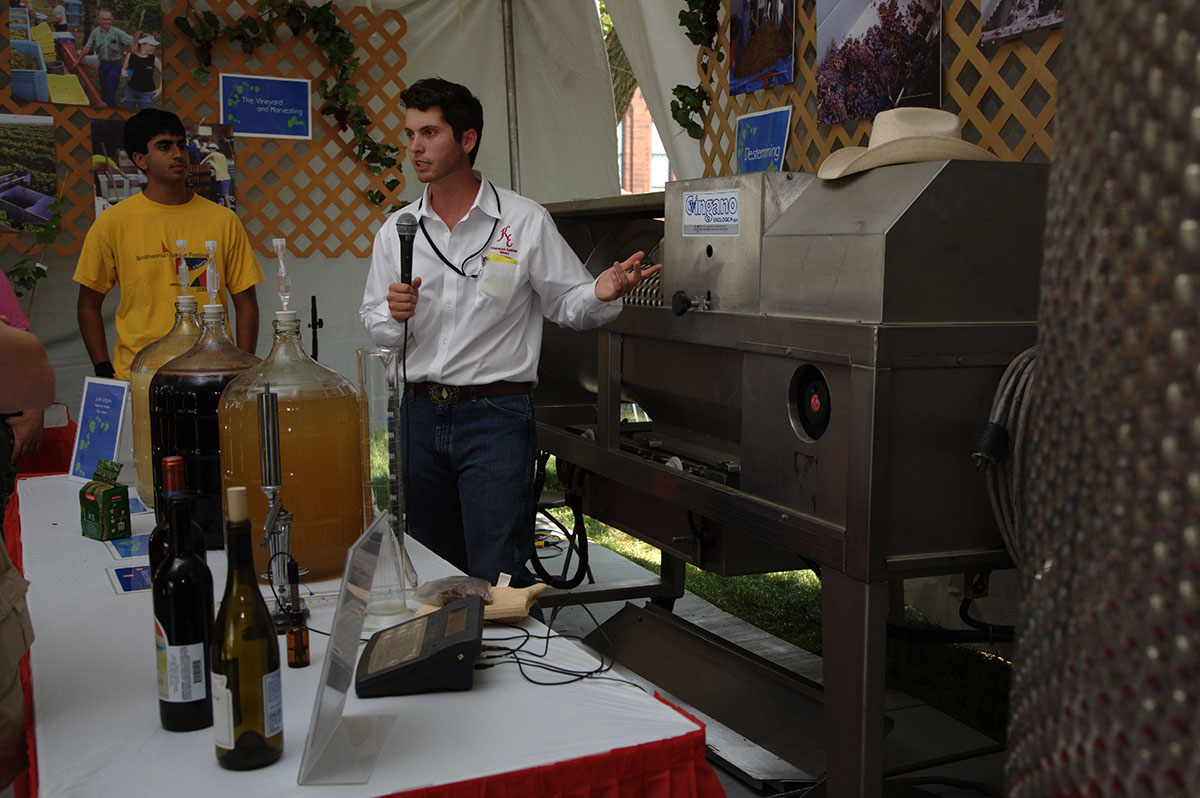 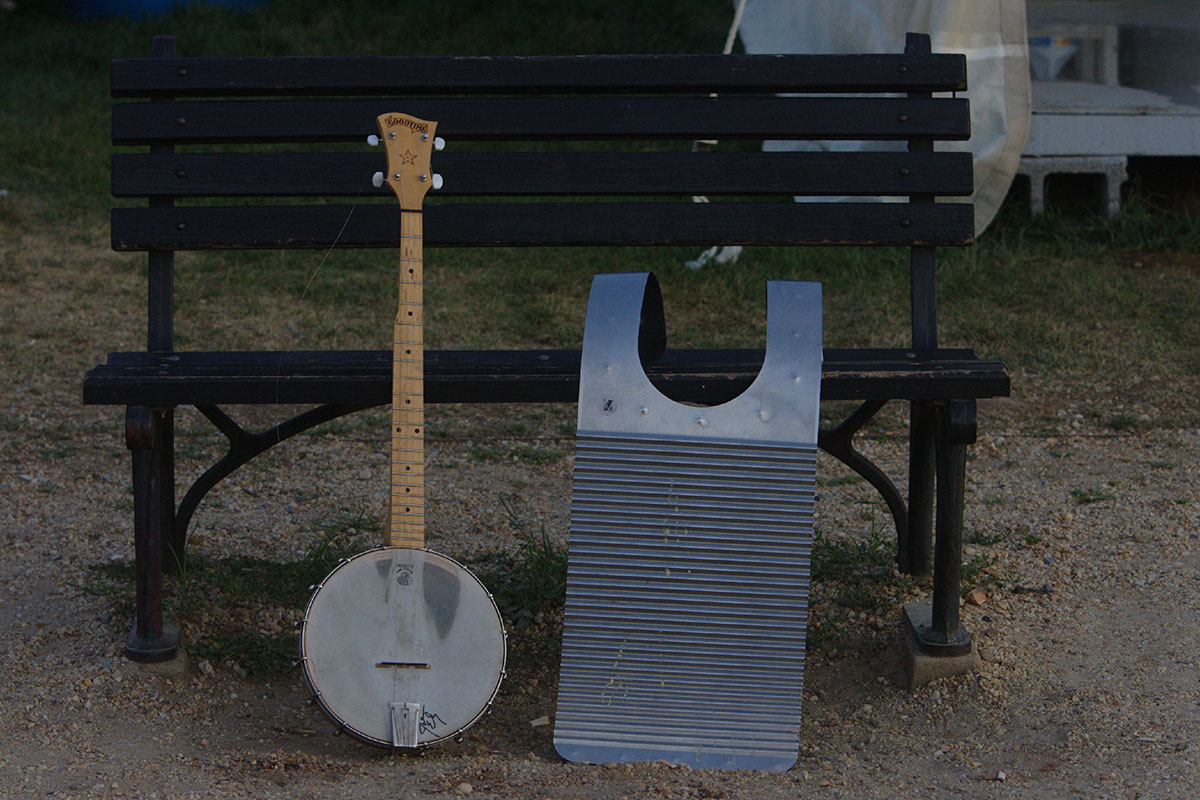 Some 120 of Texas’s best musicians, dancers, singers, cooks, and winemakers came to Washington for the 2008 Festival's celebration of the Lone Star State.

Winemakers, sommeliers, viticulturists, and others gave visitors a look behind the scenes at the fascinating but largely unknown world of Texas wine. The vast state has been blessed with dozens of microclimates, many closely mimicking the more famous microclimates of France and Spain. While most people know that Texas is BIG, few understand the variety of climates the state has to offer. Despite visitors' disappointment that wine could not be sampled on National Park Service grounds, a sensory station was set up to educate people on what they could learn from the scents wine produces.

The food demonstration area offered visitors an illustrated symposium on the diversity of Texas cultures. Vietnamese, Polish, African American, Tex-Mex, cowboy, and Czech traditions were shared, along with barbecue, home canning, and more. But most interesting were the ways that traditions crossed cultural lines. Take chicken fried steak, for instance: early German and Austrian settlers brought recipes for Wiener schnitzel and "texafied" it as they became more Texan. There are hundreds of examples of foods in Texas born of neighbors from different cultures sharing and adapting traditions. This is still happening today and made for rich conversations in the Lone Star Kitchen.

The unique flavor of the Texas singer-songwriter tradition was also on display. Texas musical icons were in abundance, among them Joe Ely, Joel Guzman, Guy Clark, Verlon Thompson, Terri Hendrix, Lloyd Maines, CJ Chenier, Little Joe y la Familia, Marcia Ball, Los Texmaniacs, and Asleep at the Wheel. They performed, delivered workshops, and spoke about their inspirations and what makes Texas the perfect environment for music making. Songs were sung in English, Spanish, Polish, Czech, and many a combination of the above. Sacred music is also an essential part of the Texas ethos. The Original Soul Invaders and the Jones Family Singers shared this moving tradition with appreciative audiences. Dance was not forgotten; it was, after all, a program about Texas where mere listening is unacceptable. Texans get up and move when they hear music. Texas dancers gamely ignored the sweltering Washington heat to show visitors how to dance to zydeco, Cajun, mariachi, blues, western swing, conjunto, polka of all varieties, cowboy music, and more.

The program was produced in partnership with the Texas Office of the Governor, Economic Development and Tourism. The Major Donor to the program was the Texas Commission on the Arts. Contributors to the program included the Texas Department of Agriculture, the City of El Paso, Houston Endowment Inc., the San Antonio Convention & Visitors Bureau, and the City of San Antonio Office of Cultural Affairs. Additional support was provided by the Music Performance Fund, with major in-kind support provided by Southwest Airlines.

Texas: A Celebration of Music, Food, and Wine

This program celebrates the music, food, and wine of every region of Texas. The National Mall will host demonstrations, performances, and famous Texas talk ...

"You can't hear American music without hearing Texas." That's the official motto of the governor's Texas Music Office, and it is a startlingly true statement. ...

From Cattle Drives to Winery Trails: Food and Wine Traditions in ...

I was born in the months preceding the 1968 Smithsonian Folklife Festival, which featured my home state of Texas. Raised in the Houston area, I'm a fifth-...