Northern Ireland at the Smithsonian 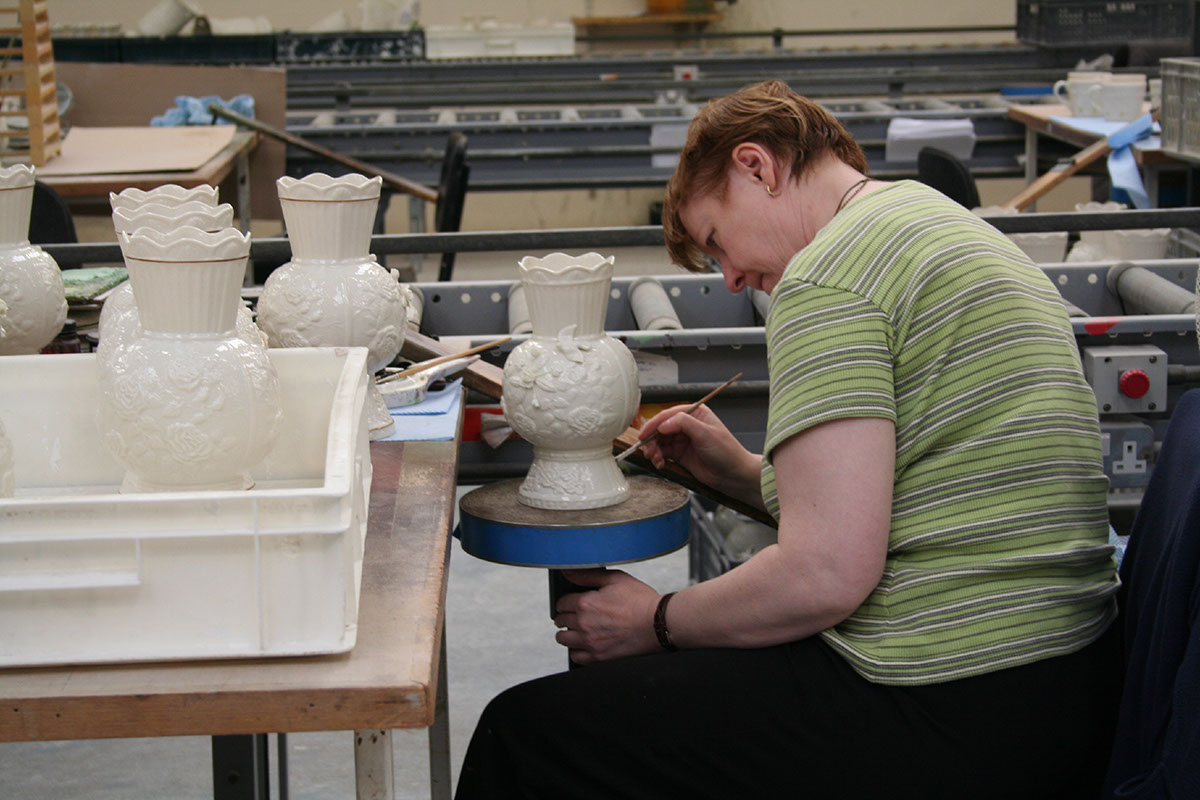 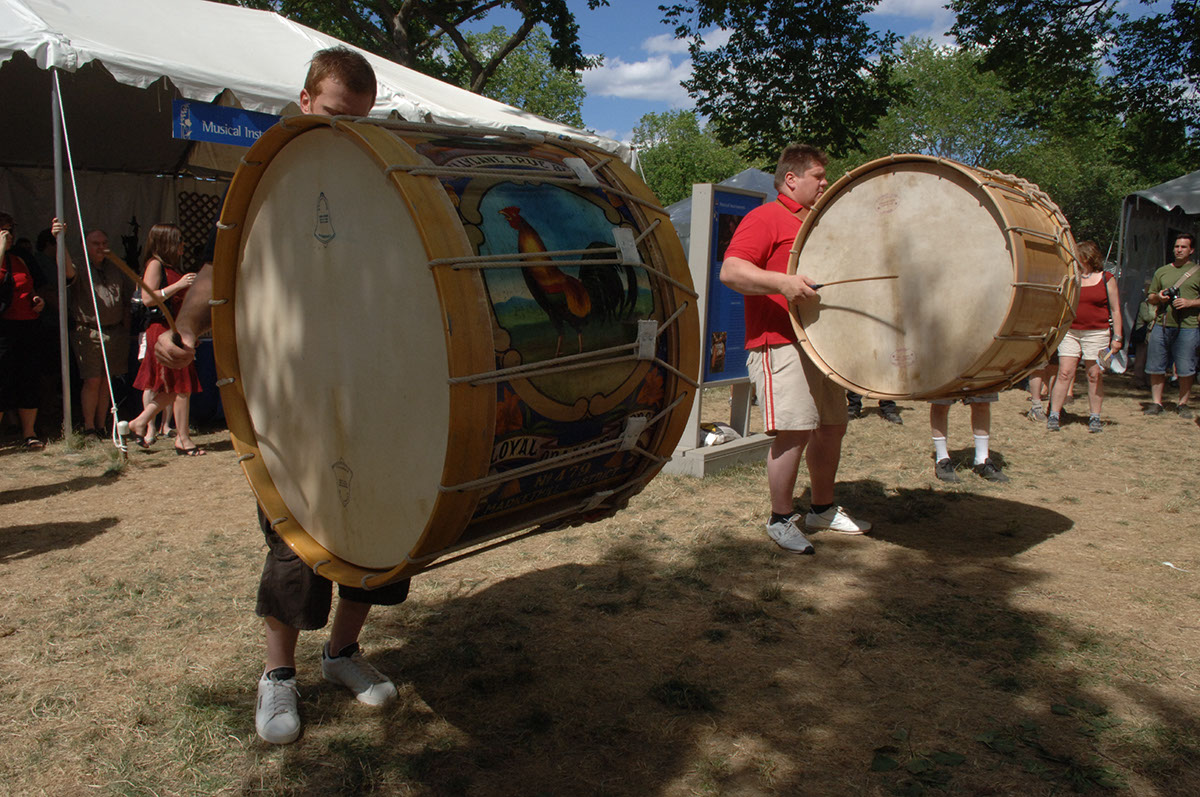 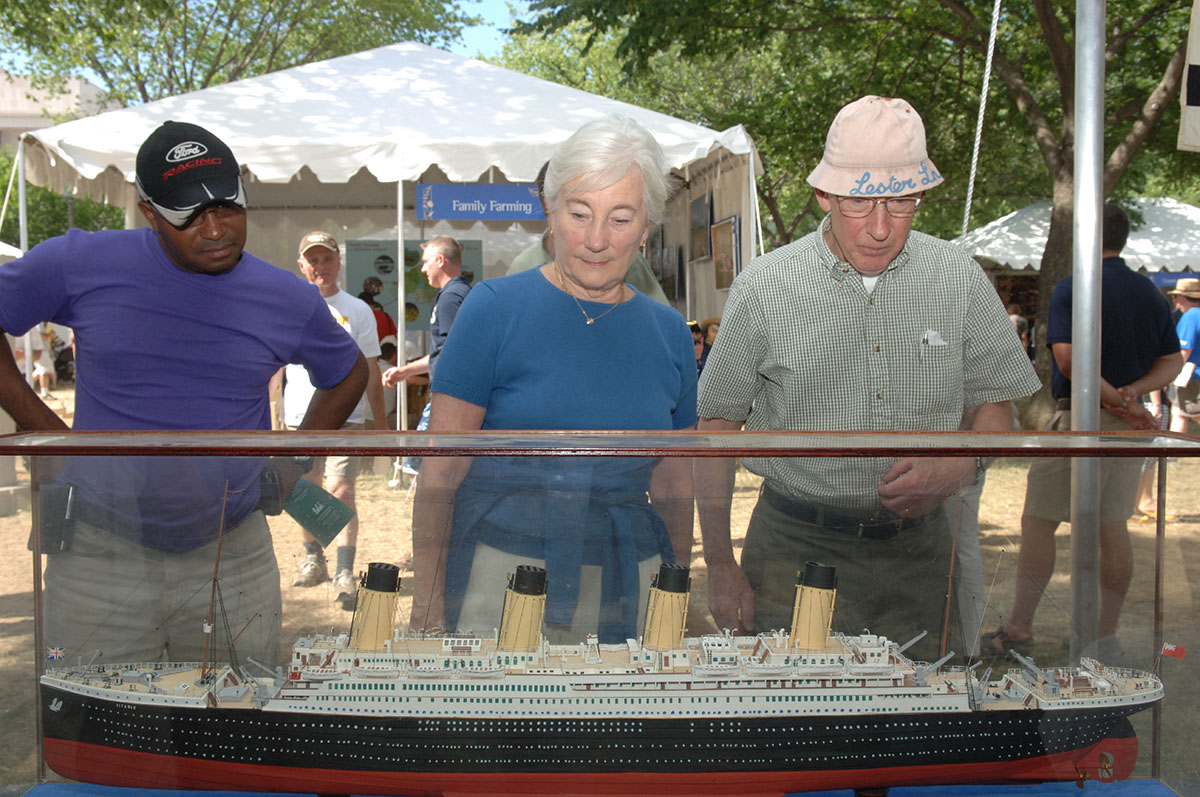 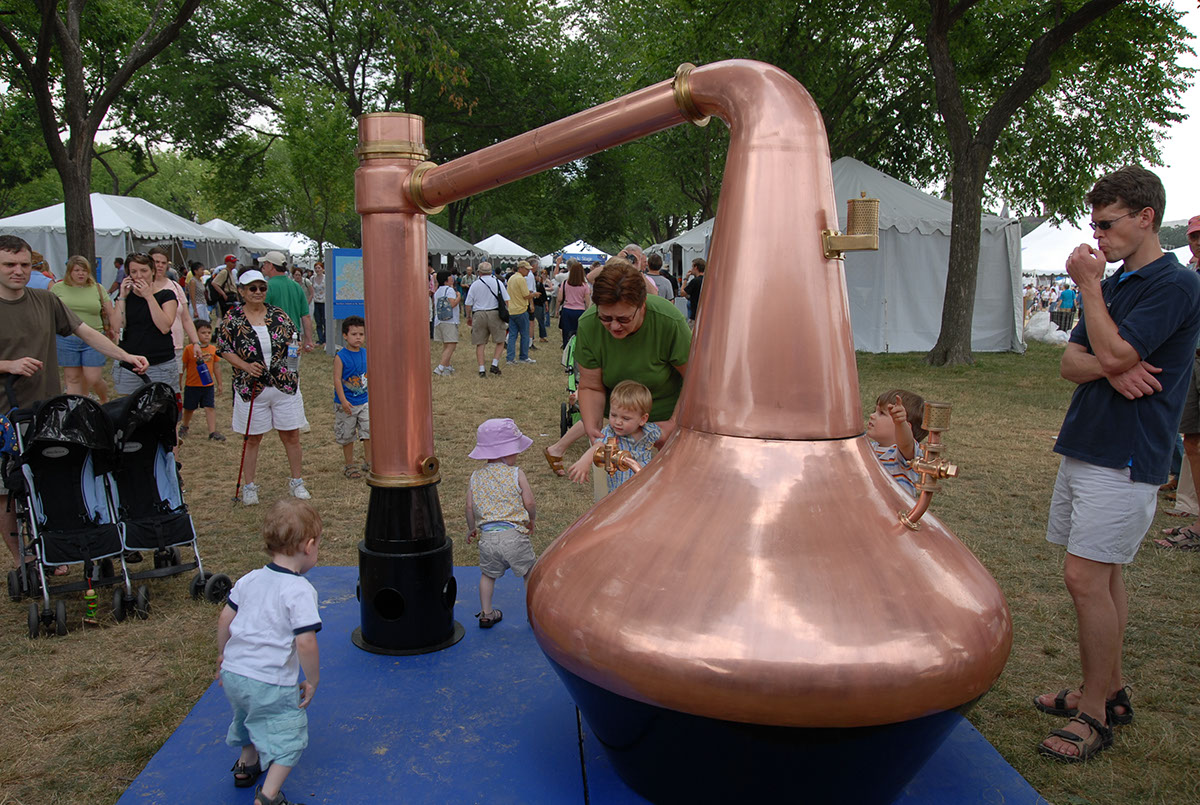 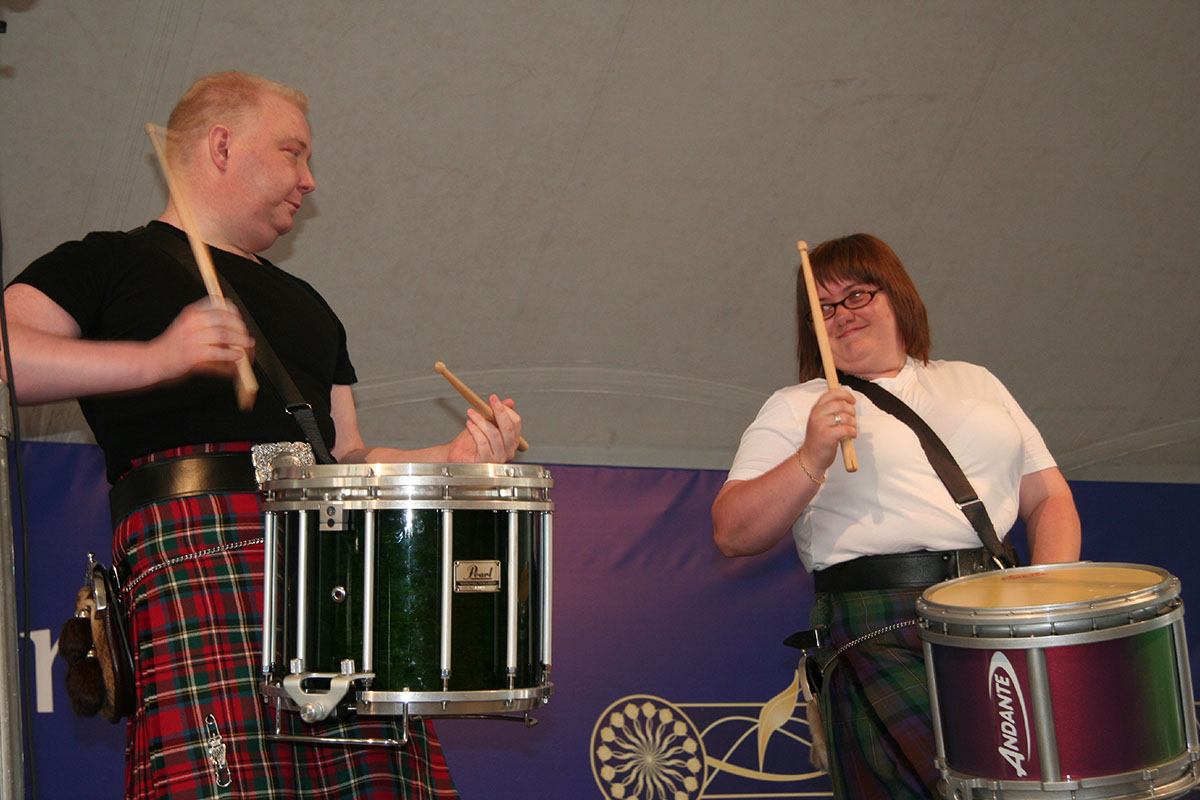 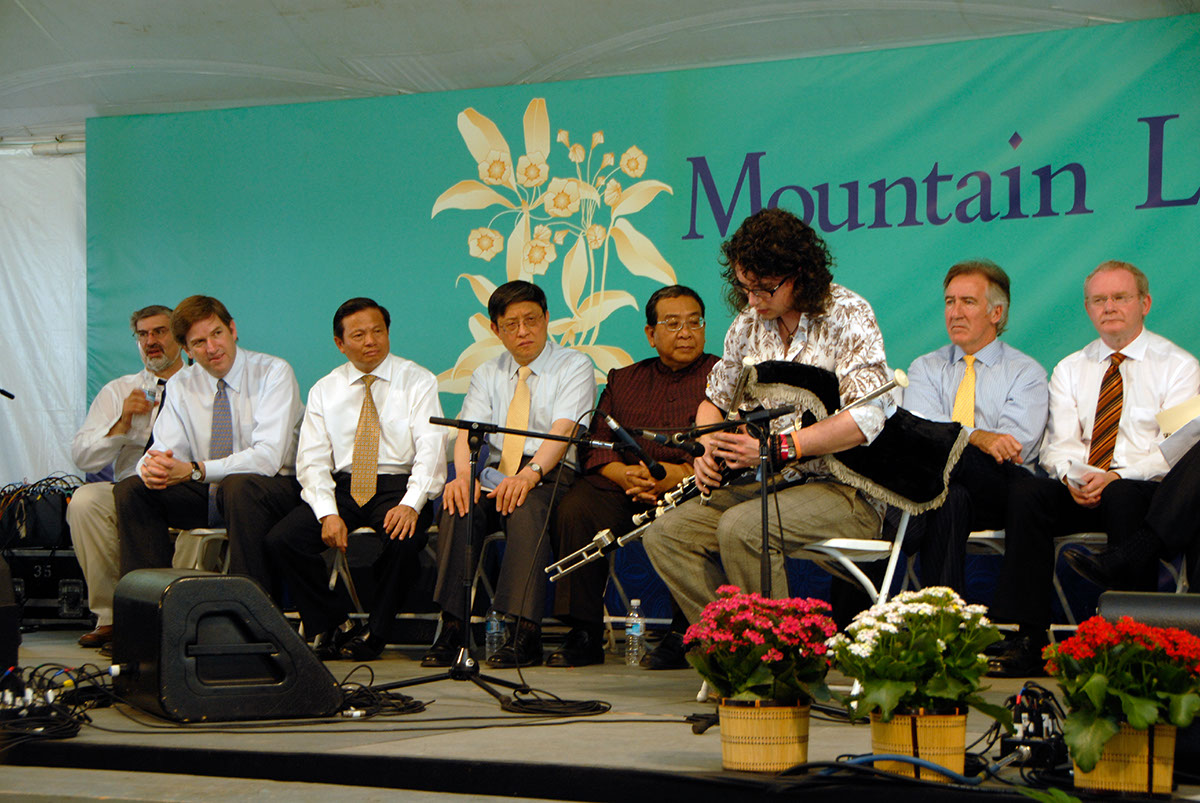 The Northern Ireland at the Smithsonian program took place at a seminal moment in Northern Irish history, following a ten-year period of relative peace and stability and the restoration of Northern Ireland's political institutions. More than 160 participants from throughout Northern Ireland - the region's finest performers, artists, craftspeople, cooks, athletic coaches, and occupational experts - came to the National Mall to explain, demonstrate, and celebrate contemporary life in their beautiful, dynamic homeland.

The Festival program may have come as a surprise to some visitors. Like so much else about contemporary Northern Ireland, day-to-day reality transcends assumptions and challenges stereotypes. Northern Ireland is changing rapidly: in 2007, it was a sophisticated, forward-looking society with a booming post-industrial economy and a renewed sense of confidence in the future. Traditional culture, which in the past sometimes divided communities, now contributed to a shared future and fostered intercommunity relationships.

Northern Ireland's greatest strengths have always been the warmth, hospitality, and humor of its people. It has a population of approximately 1.7 million and five cities - each with its own unique character - and Belfast as its capital. It also has a large rural community that consists of a network of market towns and villages. Part of the United Kingdom, it shares a verdant island with the Republic of Ireland and comprises six of the nine counties of the ancient province of Ulster: Antrim, Armagh, Down, Fermanagh, Londonderry, and Tyrone. Few regions of the world have contributed more to the formation of modern American culture than Northern Ireland. Since the seventeenth century, a succession of immigrants from the region has had a profound impact on the development of the United States, heavily influencing culture, politics, education, science, religion, agriculture, and industry. At least seventeen U.S. presidents are claimed by Northern Ireland as her descendants.

Although textile arts are particularly strong, numerous other crafts and art industries flourish in Northern Ireland. Specialized crafts are practiced in ateliers and workshops throughout Northern Ireland, where many artisans produce work such as jewelry, ceramics, glass, and clothing on a commercial or semicommercial basis. Some craftspeople specialize in making musical instruments, including uniquely Irish bodhrans, Lambeg drums, and uilleann bagpipes.

Another highlight of the Festival was Northern Ireland's unmistakable alimentary dialect - rich in diversity, fiercely independent, and supportive of local produce. Although much of the cuisine is heavily inspired by English and, to some extent, European fare, a flair for culinary innovation and exceptional resourcefulness have allowed the province to develop an entirely unique food culture. Other Festival presentations featured language, local history and heritage, and sports - all contributing to provide Festival visitors with an introduction to the fabled past, vibrant present, and exciting future of this beautiful place.

Northern Ireland at the Smithsonian

The Northern Ireland at the Smithsonian program takes place at a seminal moment in Northern Irish history, following a ten-year period of relative peace and ...

Human beings are relatively new inhabitants of Ireland. The oldest evidence of them, near Coleraine, dates to around 7,200 B.C.E. Celtic-speaking Gaels, skilled

Northern Ireland is a relatively new name for an ancient place with a wealth of music and song to celebrate both its youth and age. Luckily, the songs and tunes

The Irish Language in Northern Ireland

Irish (also called Gaelic or Gaeilge na hÉireann) is an Indo-European language that has been spoken in Ireland for over 2,000 years. It is the language of some

In May 1606, one year before the British established Jamestown in Virginia, the Hamilton and Montgomery Settlement became the first permanent Scottish ...

The crafts of Northern Ireland are historically related to those of the British Isles, especially western Scotland, and Europe's Atlantic coast as far north as

Trades and Occupations in Northern Ireland

The winter wind that whips Belfast Lough forces the men who work in the Titanic Quarter to keep their heads down as they move from their site offices onto the ...

Northern Ireland is an hour by car from Dublin and one hour by plane from London, which will host the 2012 Olympic and Paralympic games. The country is ...

Northern Ireland has been developing an unmistakable alimentary dialect for centuries--one that is rich in diversity, fiercely independent, and supportive of ...