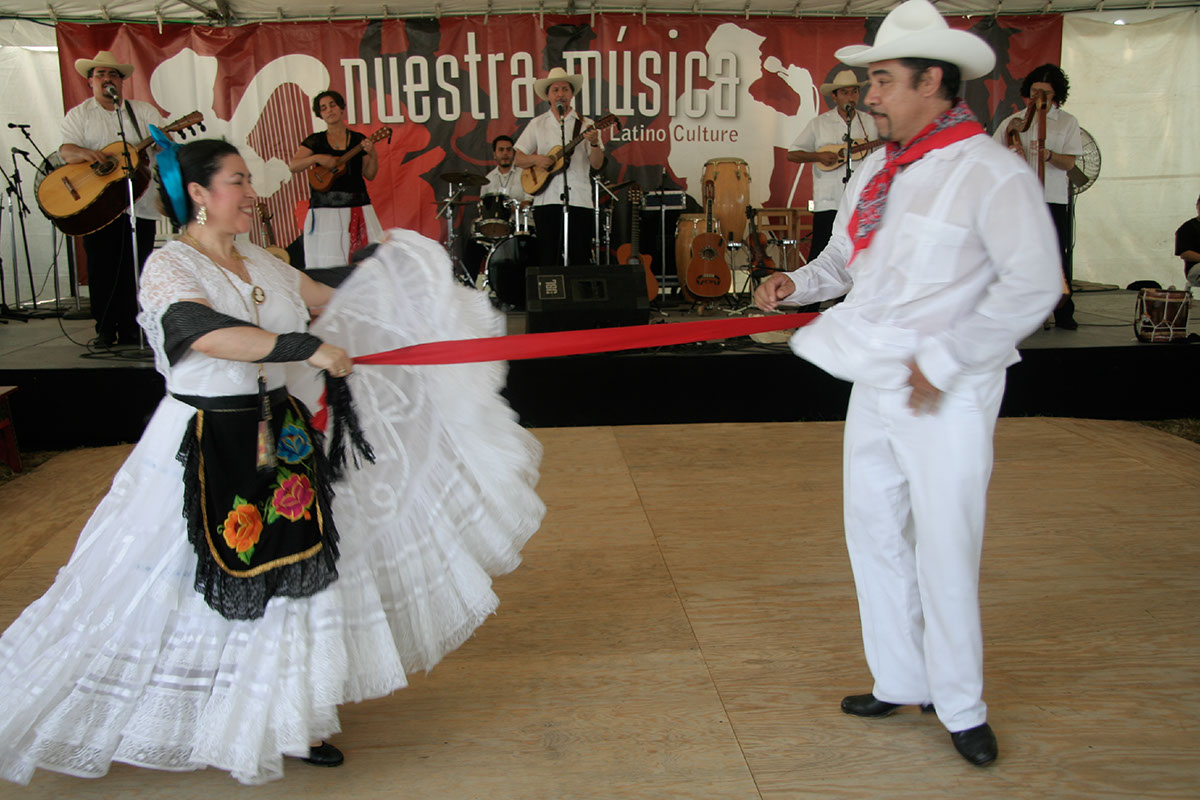 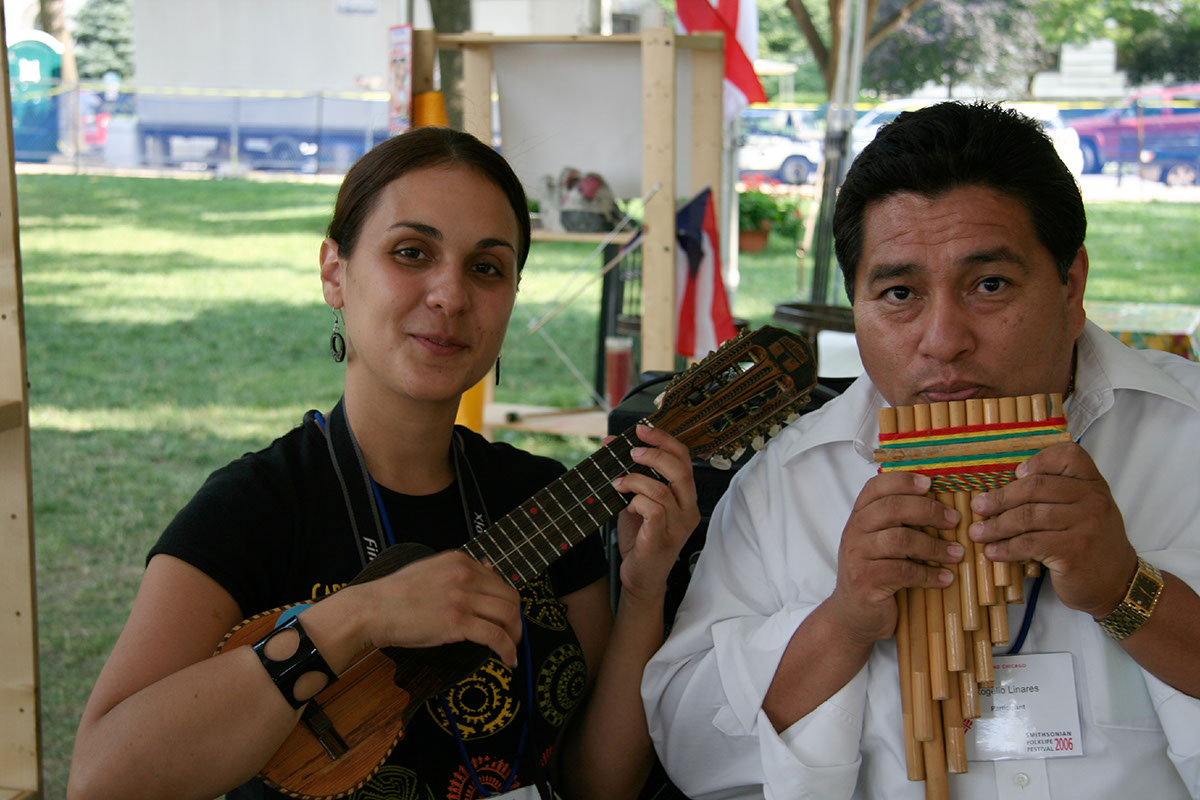 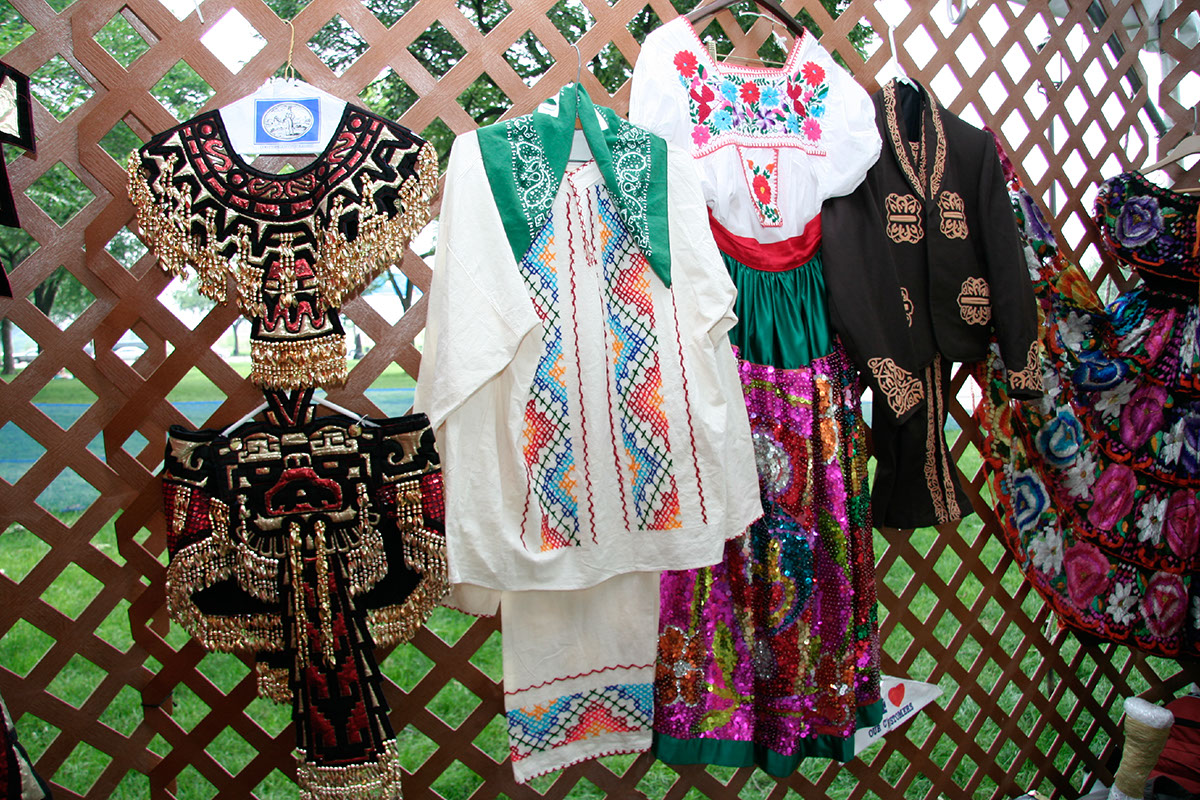 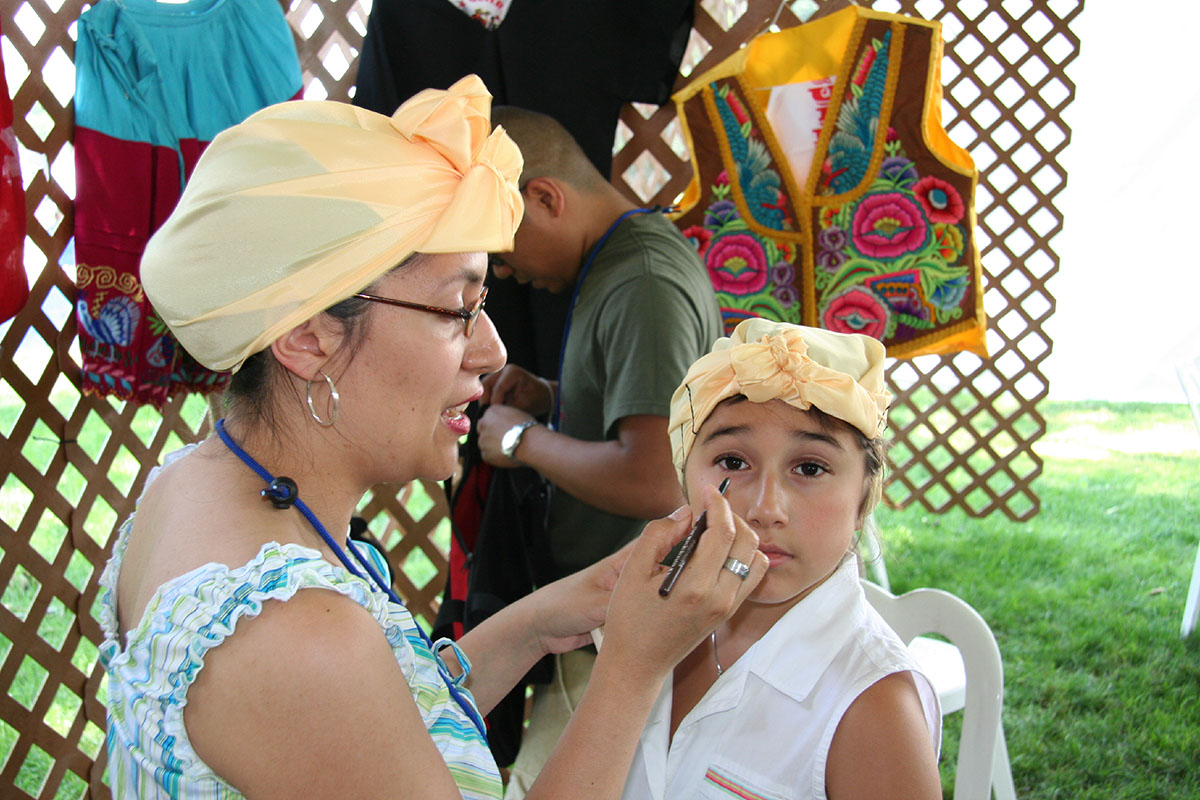 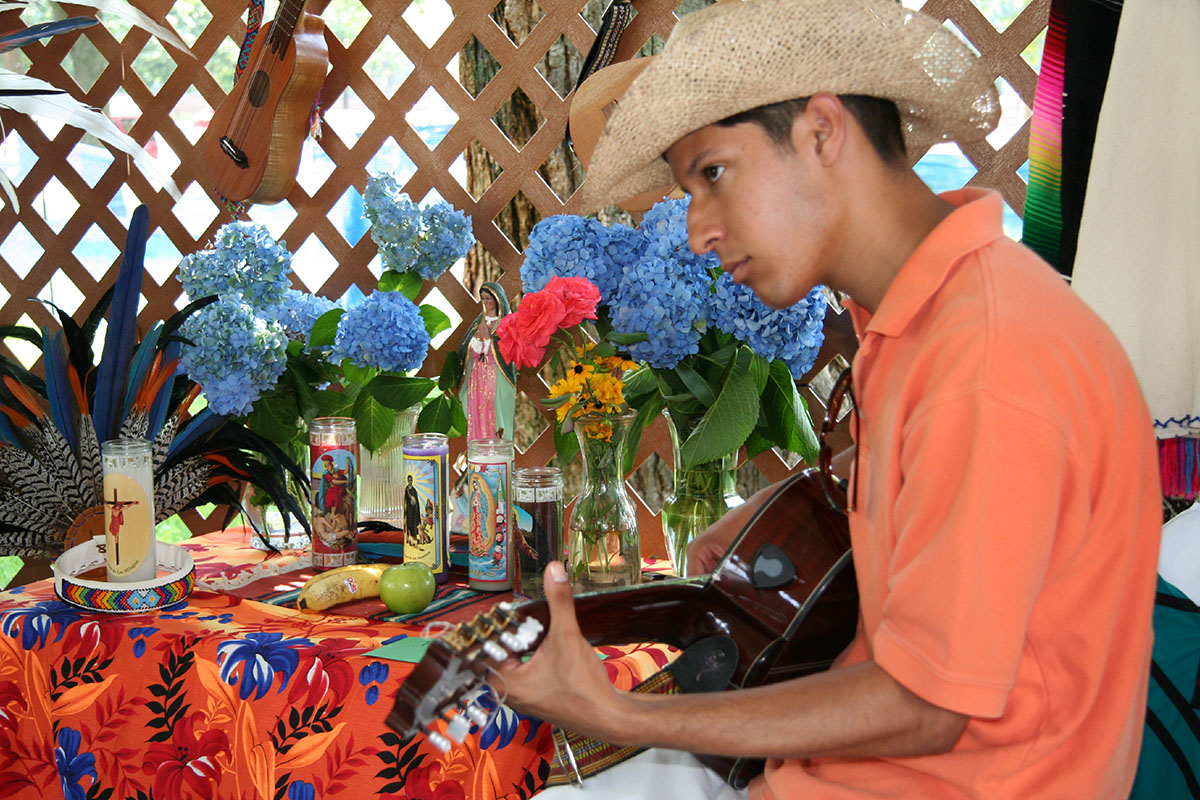 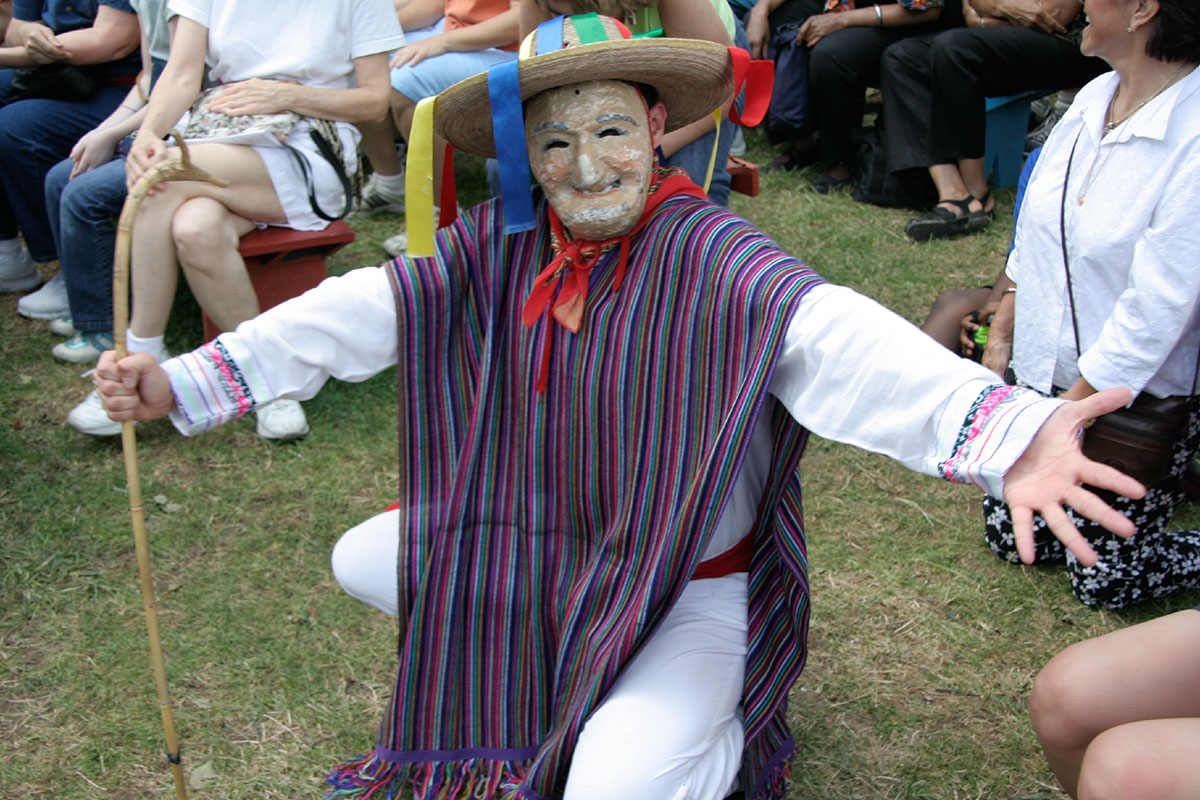 Chicago has one of the largest and most diverse Latino communities in the nation, with a rich history and a thriving artistic life; Latino Chicago is a multinational, multicultural community. The largest population is Mexicans, followed by Puerto Ricans, then Guatemalans. Smaller groups from the Caribbean and Central and South America include Ecuadorans, Colombians, Cubans, Peruvians, Salvadorans, and Chileans. A small group of Belizeans and Brazilians also consider themselves part of the community.

In partnership with the Old Town School of Folk Music, the Smithsonian Institution launched a research project in the spring of 2005. Twenty local researchers explored various aspects of Latino folklife in Chicago, recording the stories of artists and organizations, documenting special events and parades, foodways, and more. Two large questions guided the researchers: How do the arts shape, and how are they shaped by, community and identity? And, what characterizes Chicago's Latino community as unique and distinct from other Latino communities elsewhere?

One discovery was that diversity is key to community organization and shaping of identity. In Latino Chicago many types of diversity come into play - ethnic, national, regional, and generationaL Some community organizations are more inclusive of diverse groups and form international, multigenerational, or multiregional groups; others focus on preservation and assemble specialized groups who champion a single form. Besides music and dance, other artists are equally active in theater, poetry and spoken word, film, and graphic and mural arts.

In Chicago, numerous strong communities have formed. Chicago's Latino neighborhoods continue to be ports of entry where many new arrivals can feel right at home. Businesses in these neighborhoods thrive because they do not cater only to the needs of the local neighborhood; they are specialty supply centers for a larger community across the Midwest. Grocery stores, music, entertainment, clothing, and bridal shops line commercial strips that extend for miles.

Because there is such strong neighborhood identity and presence, it is possible for individuals to remain close to their traditions, food, music, language, religion, and other practices for their whole lives. However, those who leave the relative familiarity of the neighborhood and interact with people from other cultures can also explore multiple identities and add to the diversity of the community. Another discovery, then, was that professional musicians who work with various clienteles find that in a diverse community they must command a broad repertoire to appeal to a broader audience and increase their job opportunities.

Wherever you are in Chicago's Latino neighborhoods, you encounter a rich multisensory experience that is also highly localized, rooted in the ethnic and regional identities that define this diverse community. Heading west from the corner of 18th Street and Blue Island in the Pilsen neighborhood you enter a piece of Mexico (indeed, parts of all Mexico), run by Mexicans and catering to more than a million Mexicans who live in the Chicago area or travel there for supplies. Stand on Division Street and California Avenue, just twenty blocks north, and walk into Humboldt Park. You know you are in a Puerto Rican neighborhood because you just walked under a forty- foot-high iron gate in the shape of the Puerto Rican flag. Guatemalans, Peruvians, Ecuadorans, or Colombians also have their own neighborhoods - each unique, but all animated by the sound of nuestra música - the music of Chicago's thriving and vibrant Latino communities. The Smithsonian Folklife Festival offered visitors an opportunity to enjoy these diverse traditions first hand.

Latino Chicago was part of the multi-year Nuestra Música: Music in Latino Culture project produced in partnership with the Old Town School of Folk Music in Chicago, in collaboration with the Cultural Institute of Mexico and supported by the Smithsonian Latino Initiatives Fund and the Music Performance Fund. The Smithsonian Institution thanked the Illinois Arts Council, a state agency, for supporting the participation of AfriCaribe, Carlos Mejía, Gustavo López, The Mexican Folkloric Dance Company of Chicago, Nelson Sosa, Nahuí Ollin/Tarima Son, and Sones de México Ensemble.

Bop-bop boo-boo-boom bap-bap-bap traka-traka-track, dun-dun! It is 8 p.m. on a Thursday night in Chicago and you are walking down Division Street. You hear the