Alberta at the Smithsonian 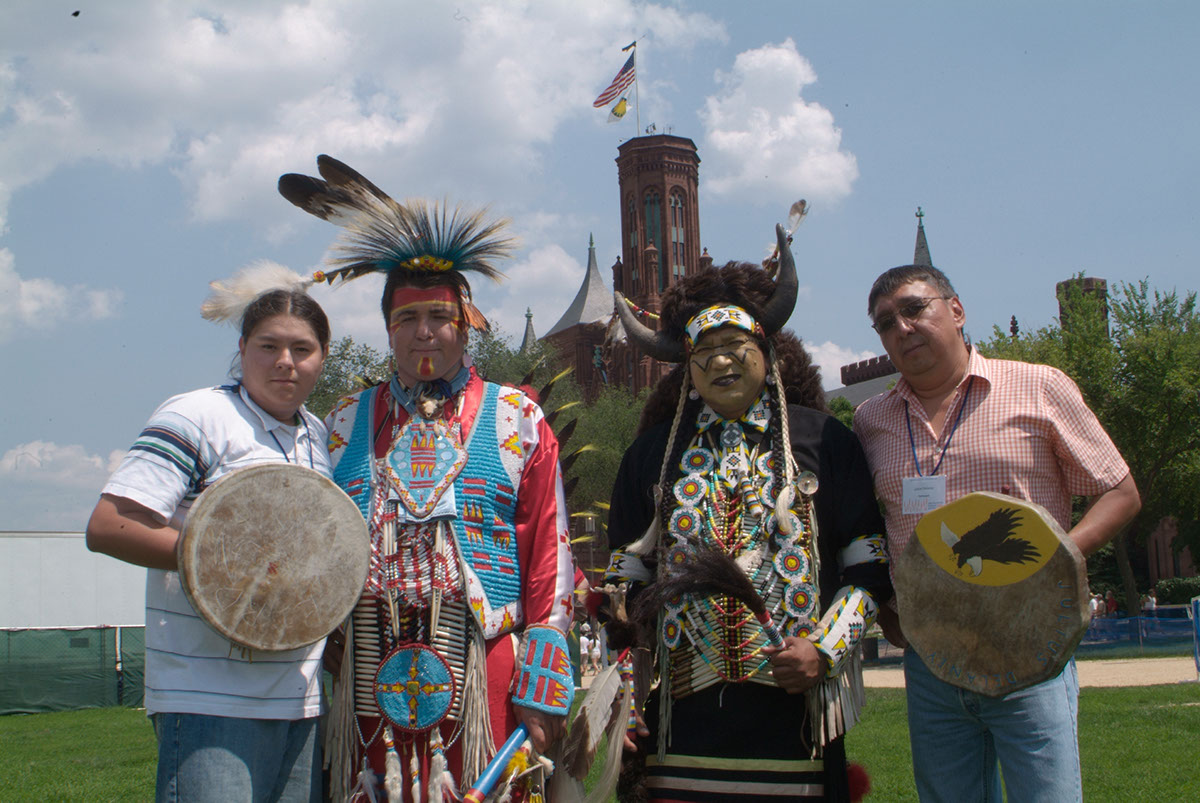 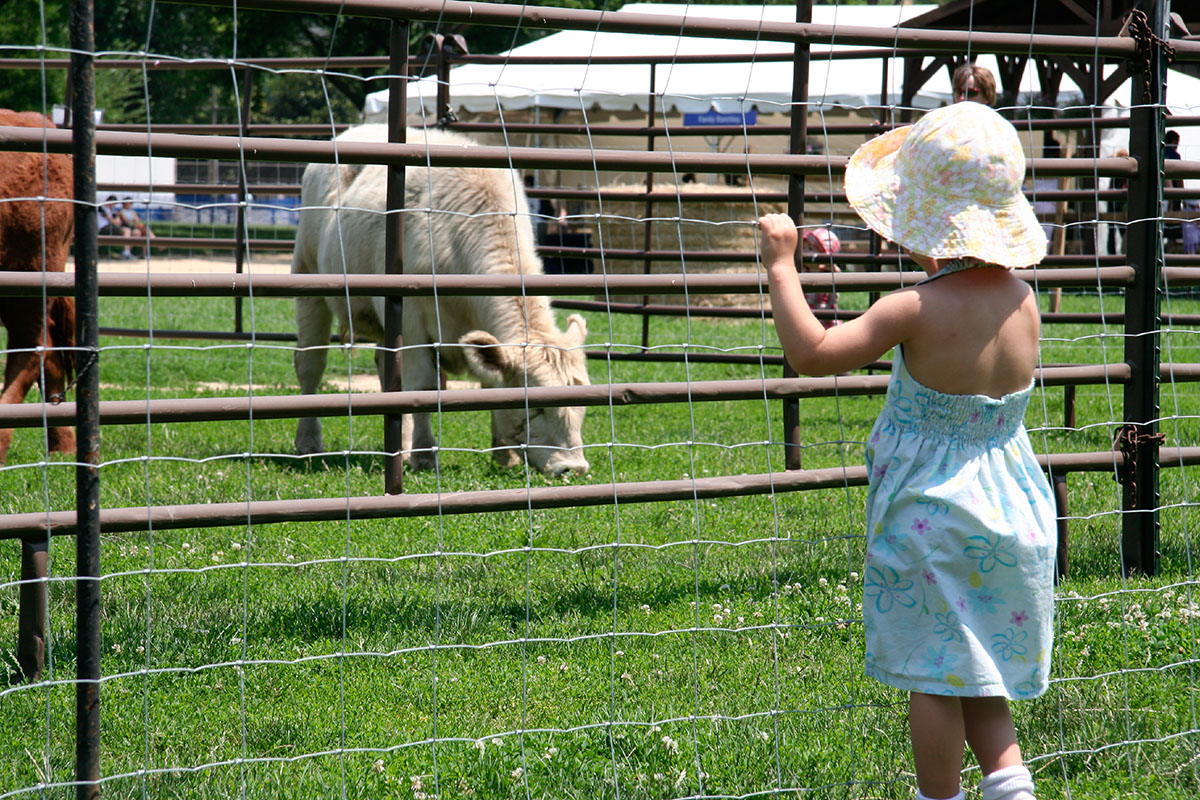 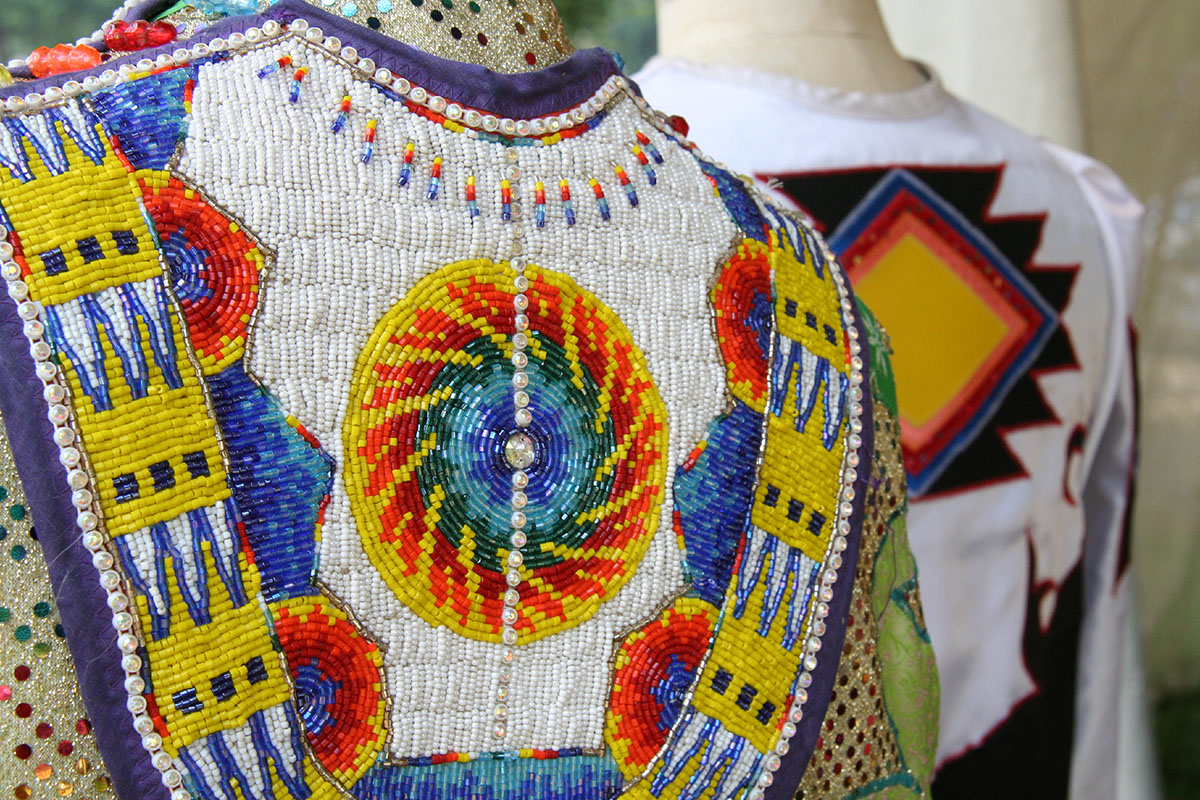 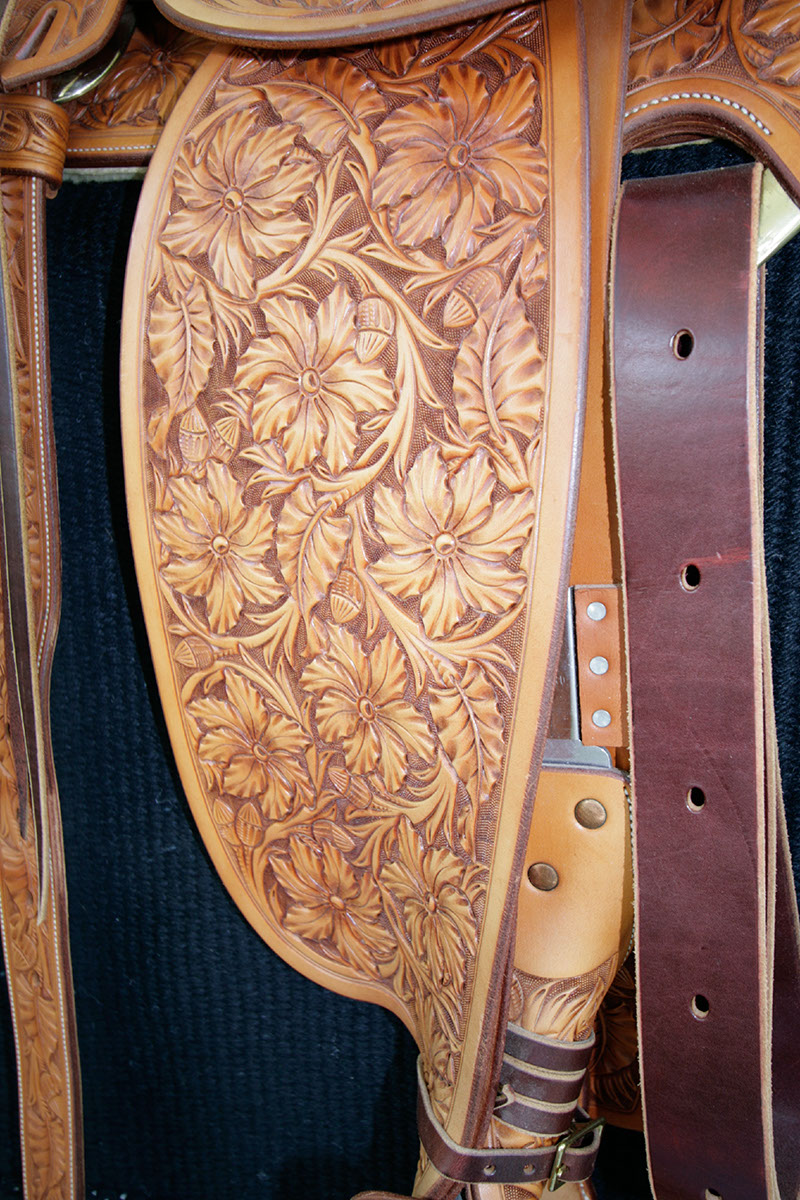 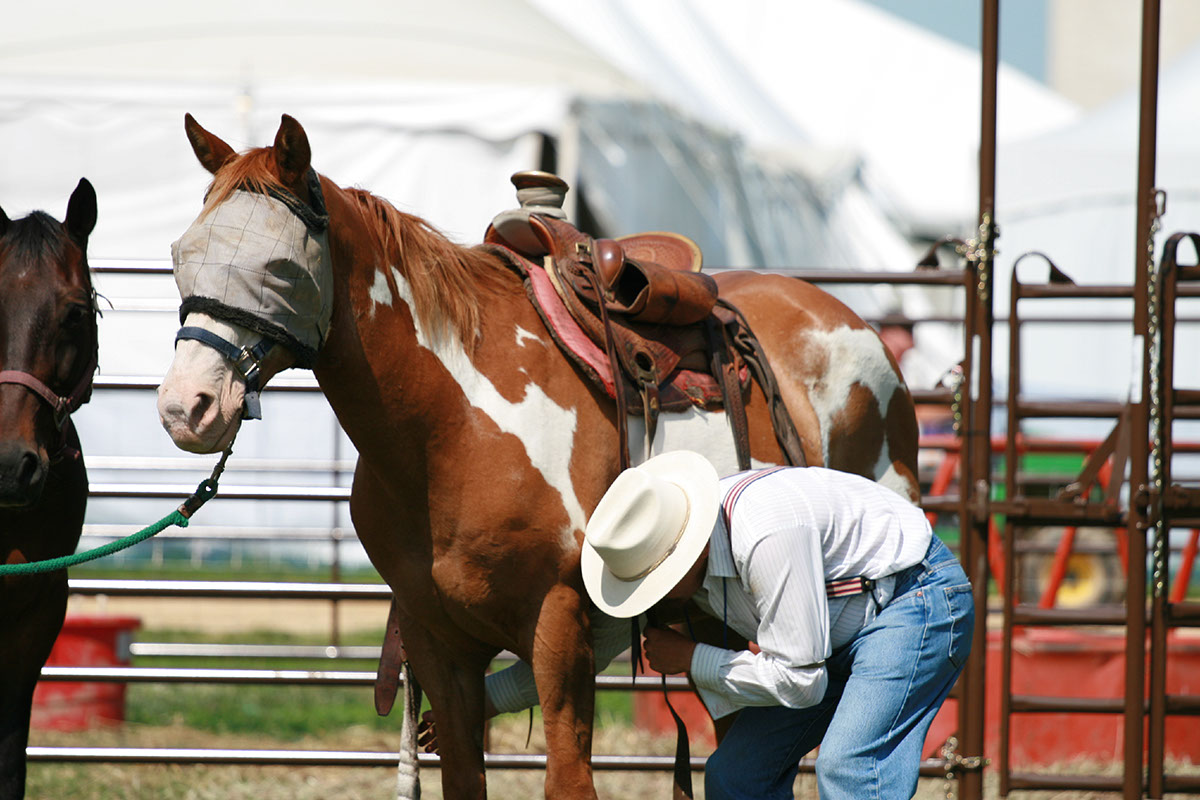 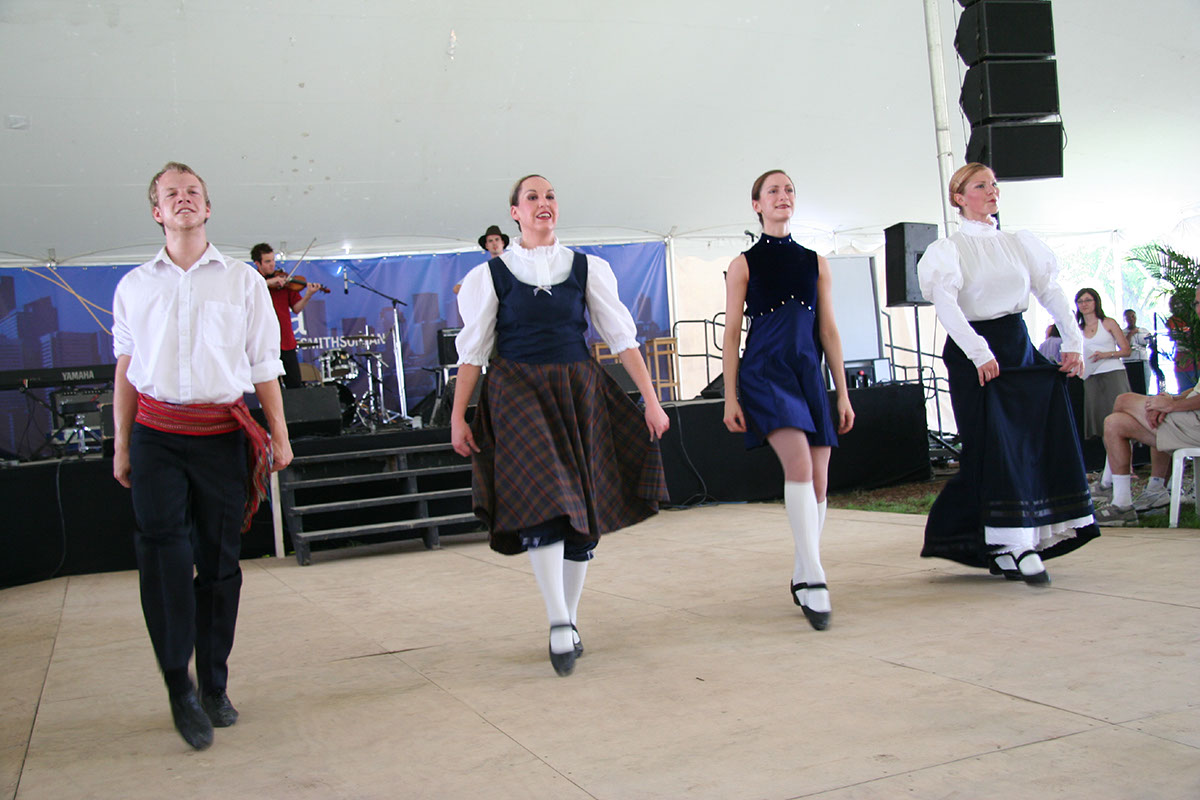 The province of Alberta, which celebrated its centennial in 2005, is a land of contrasts. Its landscape is among the most diverse in North America, with badlands, prairies, boreal forests, rolling foothills, enormous freshwater lakes such as the Athabasca, and mighty rivers including the Peace and the North Saskatchewan. Its western border is defined by the spectacular ranges of the Rocky Mountains; its eastern border by the Great Plains. Alberta's true wealth, however, is not its landscape or its natural resources, but its people - a diverse, hardworking, innovative population whose "can-do spirit" has transformed a frontier territory into a prosperous province with a vibrant cultural landscape.

In its one hundred short years as a province, Alberta has grown in ways that would have astonished its earliest founders. From a frontier outpost, Alberta has transformed itself and its diverse population into a distinctive culture unlike any other. Drawing on its history, cultural strengths, and ingenuity, Alberta enters its second century poised to make increasingly significant contributions to Canadian, North American, and international culture. The many participants who joined the Festival were typical Albertans, drawing upon the best of Alberta's past and present as they laid the cultural foundations that will shape its future.

The Festival program showcased the music and dance of Alberta's folk, country, and ethnic traditions, but Alberta also supports equally vibrant jazz, blues, rock, world, and classical music scenes. The one thing shared by all the 2006 Festival performers was their focus on Alberta, in their lyrics and their styles. Cultural life in Alberta is also enriched by a vibrant theater scene. In fact, Alberta prides itself as being the birthplace of "Theatresports." Theatresports pits two teams of improvisers against one another on a given topic, with judges awarding points to the funniest team; Festival visitors had the chance to enjoy this and other entertainments.

Ranching is a major factor in Alberta's economy, and for many Albertans ranching and cowboy culture are the symbols of what it means to be an Albertan. Similarly, agriculture remains a major factor in the Alberta economy. With the arrival of European settlers, Alberta became famous for the excellent quality of its beef and its ample harvests of grain - particularly wheat, oats, and barley. Throughout the province, well-attended farmers' markets allow distinguished chefs and dedicated home cooks to buy fresh, local ingredients directly from the farmers and ranchers who produce them. Alberta's ethnic diversity is reflected in the profusion of available restaurant cuisines, a sampler of which were demonstrated for Festival audiences.

Careful workmanship is highly valued in Albertan culture, and artisans of all descriptions thrive throughout the province. The 2006 Festival highlighted several distinctive regional craft traditions - those practiced by the First Nations peoples of Alberta, those practiced by immigrants to Alberta, and the western crafts that grew out of Alberta's early ranching culture. The province is still home to thousands of working cowboys and the industries that provide them with the equipment and gear they need to follow their profession. The primary factor driving Alberta's economy today is the energy sector. Presentations at the Festival highlighted the occupational folklife of workers in three major components of Alberta's energy sector: oil and gas drilling, the oil sands, and laying and maintaining pipelines.

The responsibility of being stewards of some of North America's most pristine and extensive wilderness areas is one that Albertans take seriously. Protection, management, and sustainability of resources in wilderness areas generate considerable public debate and are the focus of extensive government policies. Recreation and sports are also important aspects of life in Alberta that were shared with Festival visitors. Several coaches traveled to the Festival to discuss the important role that amateur ice sports play in the culture of towns and villages throughout Alberta.

The program was produced in partnership with the Government of Alberta, with the collaboration of the Alberta Foundation for the Arts and the Ministries of Community Development and International and Intergovernmental Relations. Lead support was received from the Government of Alberta, the City of Calgary, and the City of Edmonton, with major support from the Athabasca Regional Issues Working Group (RIWG), ConocoPhillips, Enbridge Corporation, EnCana Corporation, and Suncor Energy Inc., and contributions from Alberta Beef Producers, Canadian Forces, The Fairmont Washington D.C., Nova Chemicals Corporation, and PetroCanada. Major in-kind assistance was provided by Caterpillar Incorporated, KitchenAid, Weatherford International Ltd., and Whole Foods Market. Collaborative support was provided by Alberta Canola Producers Commission, Australian Outback Collection (Canada) Limited, and City Lumber Corporation.

Alberta at the Smithsonian

This year marks the 40th annual Smithsonian Folklife Festival. It is also the first year of the second century for the province of Alberta, which celebrated its