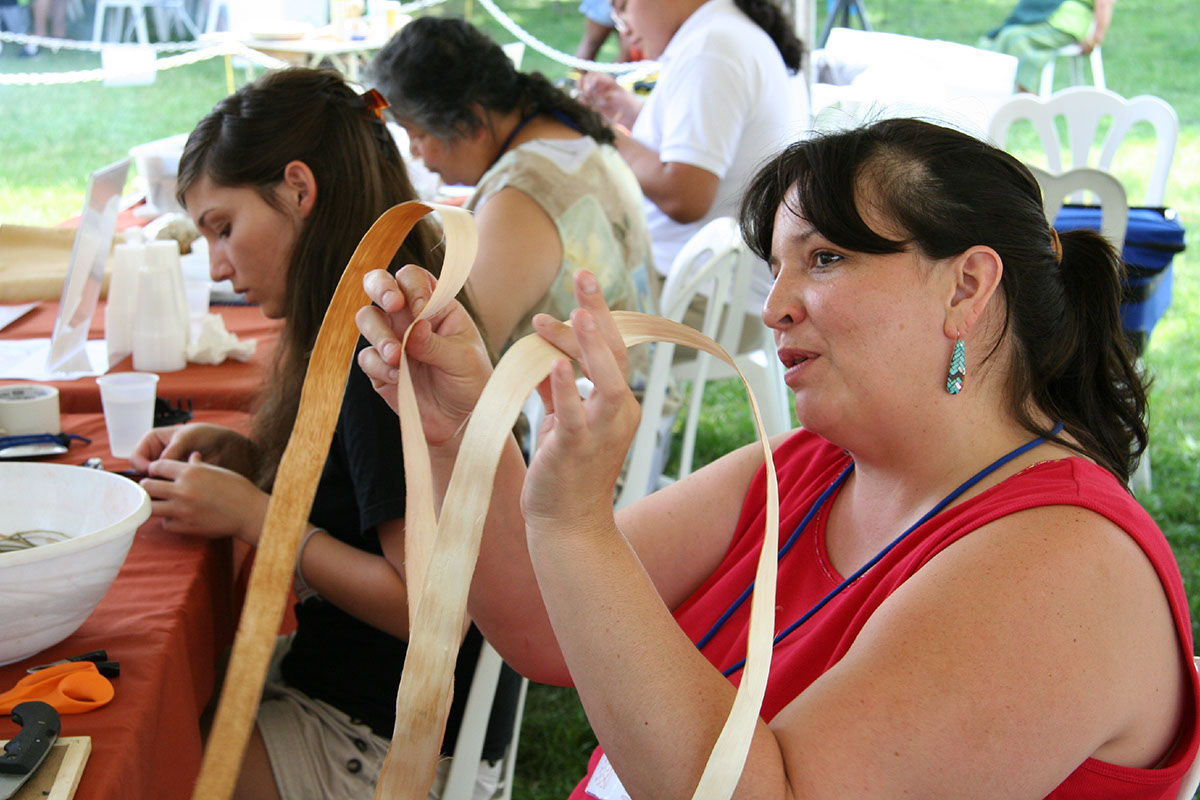 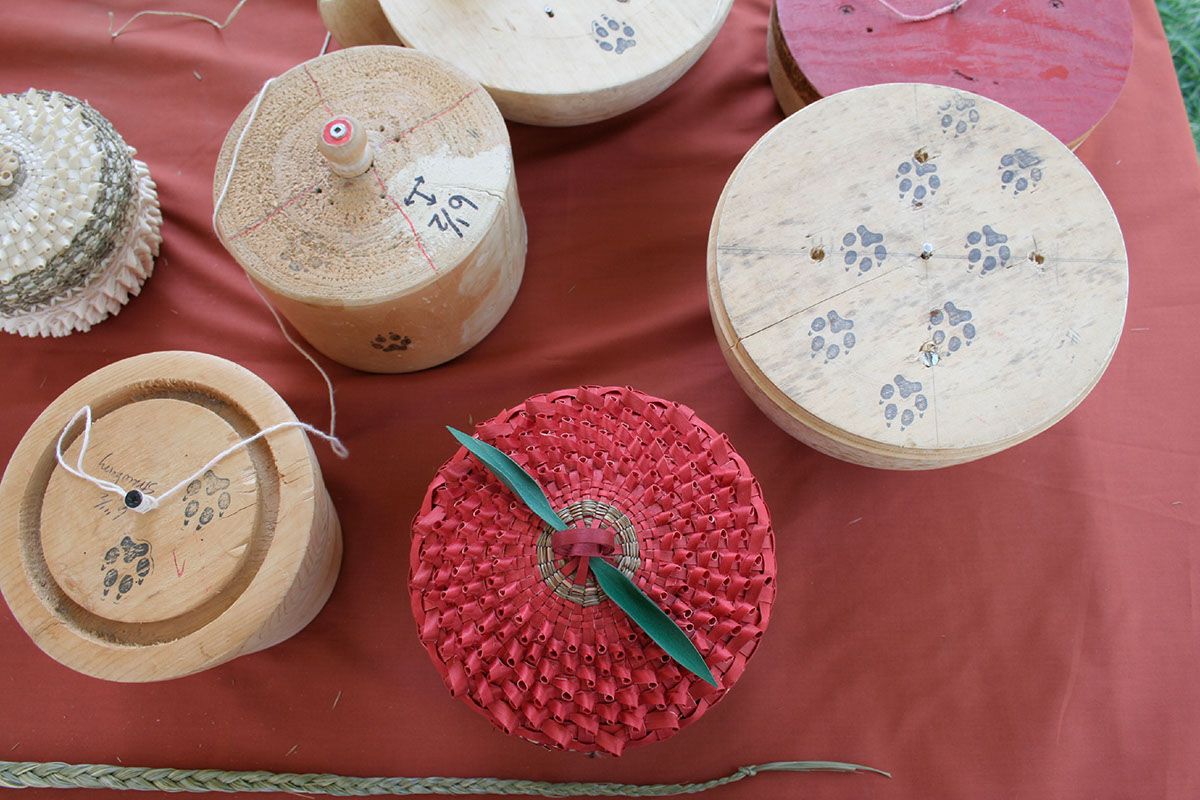 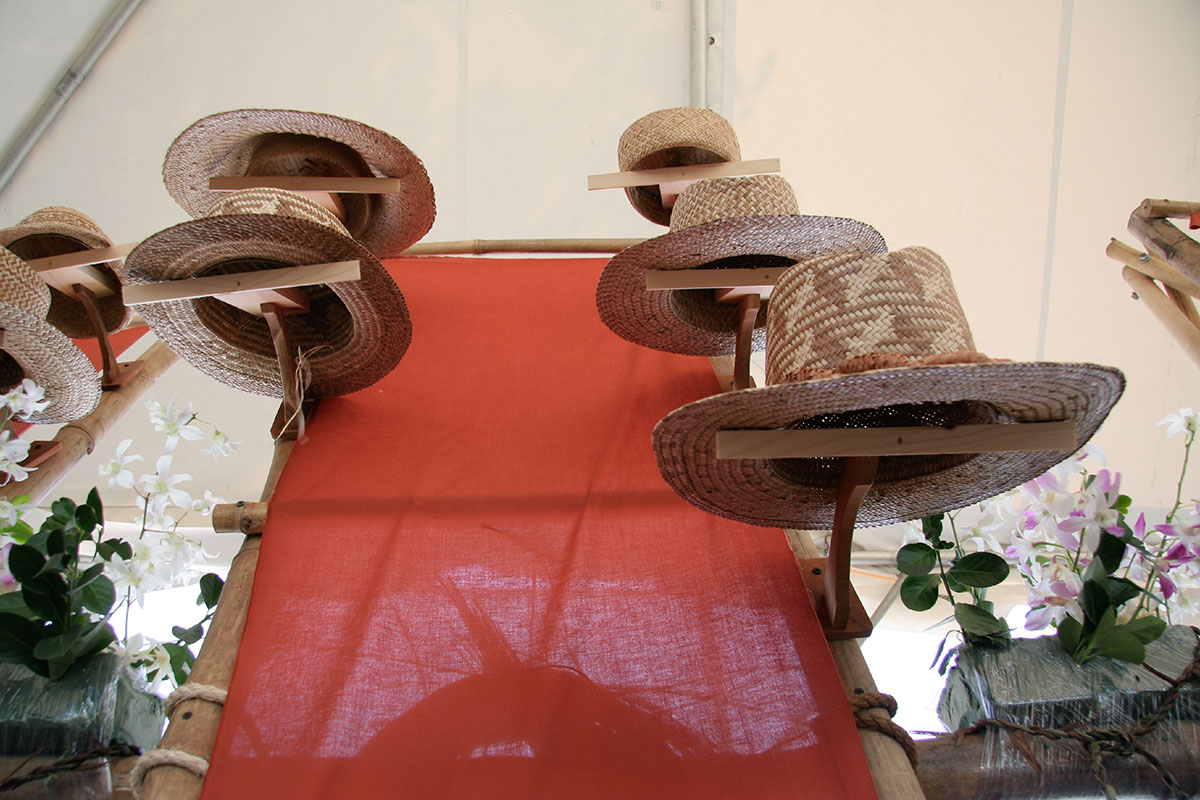 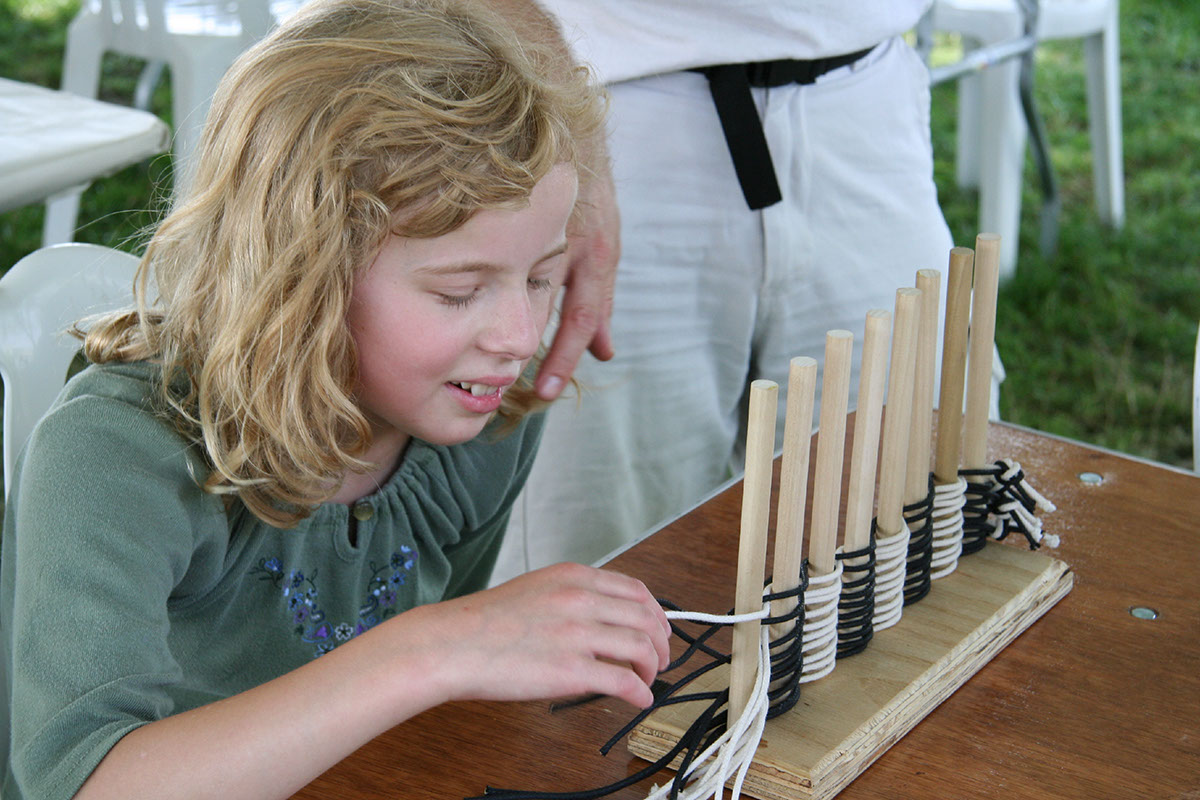 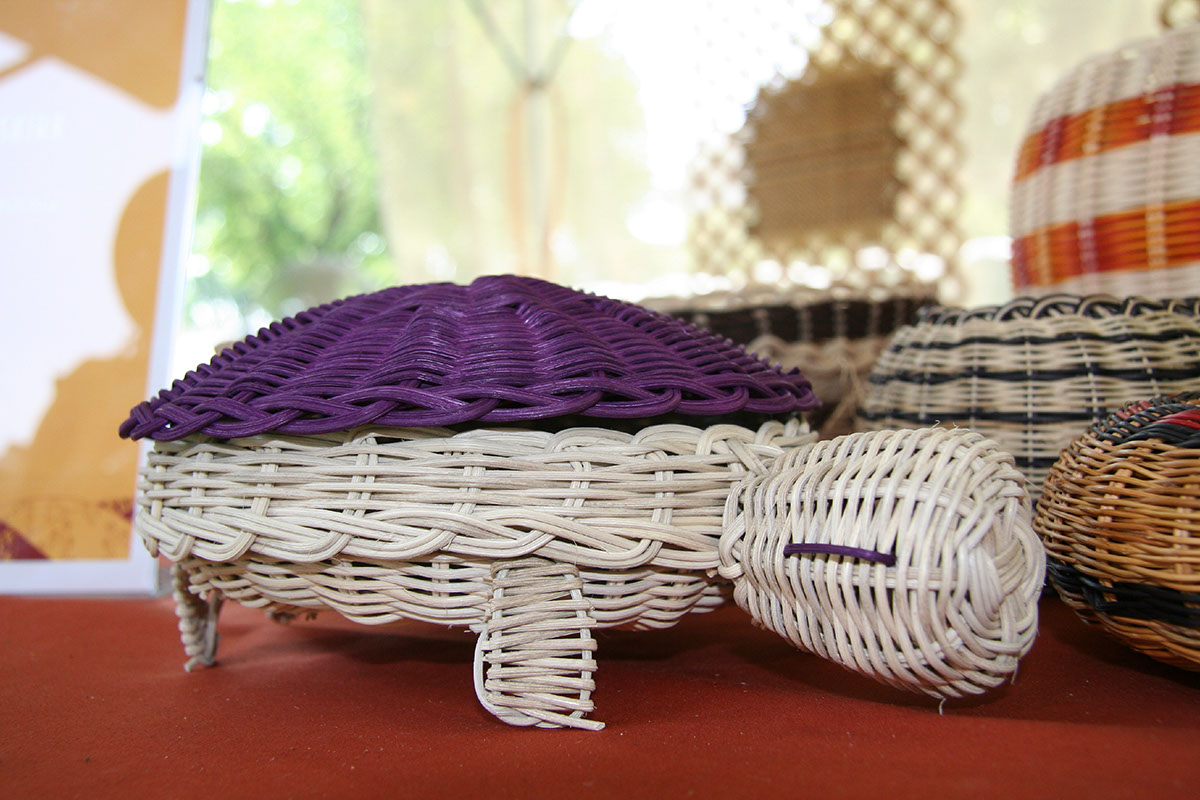 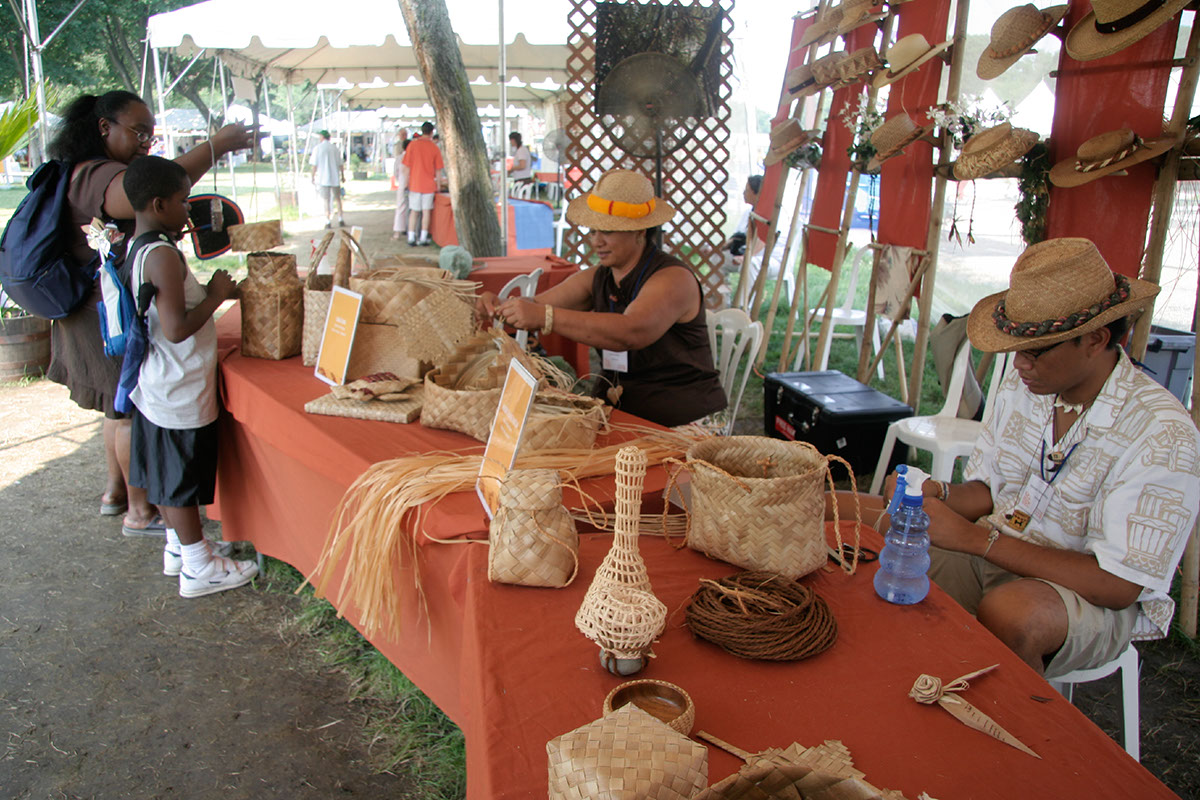 Across North America and throughout the Hawaiian Islands, Native people are engaged in artistic activities deeply rooted in the everyday and ceremonial traditions of their communities. In the face of dwindling or inaccessible natural resources, loss of elders and their specialized knowledge, the profusion of cheap mass- produced goods, and the use-it-and-throw-away attitude of so many, Native artists are nevertheless gathering natural materials and weaving them into objects of beauty and profound meaning. The 2006 Festival program examined the contemporary state of Native weaving in the United States and the ways in which Native baskets - and their makers - are "carriers of culture."

One of the most important developments in indigenous basket weaving was the formation of Native weaving organizations over the previous fifteen years, bringing together weavers from diverse places to identify and examine problems, build a sense of shared experiences, foster communication and networking, share knowledge and skills, and begin to develop strategies to address some of the most critical issues they face. At local and regional gatherings held by these organizations and at workshops or symposia hosted by other supportive agencies, basket weavers began to find common voice as they articulated their concerns and experiences. At the Festival, visitors could listen to those voices while admiring the work of skilled eyes and hands.

The 2006 Festival program reflected the long-term involvement of numerous Native people and provided an unprecedented opportunity to examine contemporary issues across tribal and geographical lines. It also presented a timely opportunity to reflect on recent efforts by Native basket weavers and others to address these issues; the ways in which weaving traditions continue to be passed on; and the meaning weaving has for artists as people and as members of distinct tribal or Native communities. Most importantly, through demonstrations and discussions at the Festival and in the artists' own words, weavers themselves shared these perspectives first hand with Festival visitors.

For Native baskets to continue to be "carriers of culture" for Native traditions, there are still many challenges to overcome - challenges that were identified and discussed by the weavers themselves. The ever- changing natural and built landscape in the United States is leading to loss of plants essential to weaving. As more land moves into private ownership, weavers encounter increasingly limited access to traditional gathering sites. Non-native land management practices continue to affect the health of plant materials and of weavers themselves. Undoubtedly, other challenges to the continuity of the traditions of living Native basketry in the United States will also emerge. While much progress is being made to revitalize the basket traditions in many Native communities, there are other Native communities where basketry is in rapid decline. This means not just fewer baskets, but the irreplaceable loss of an array of indigenous knowledge linked to the art and a diminution of the diversity and richness of our American experience.

As Festival visitors learned, Native baskets were not antiquated containers or artifacts of a past life; they are very much a part of contemporary Native life and identity. Native baskets truly are "carriers of culture": they embody the knowledge of those who have gone before, those who have respect and reverence for the natural world and the plants that form their baskets, and those who have shared their knowledge with others to keep the chain of indigenous knowledge unbroken.

The program was produced in collaboration with the National Museum of the American Indian and Michigan State University Museum. Major support came from the National Museum of the American Indian, the W.K. Kellogg Foundation, the Institute of Museum and Library Services, the National Endowment for the Arts, and the Smithsonian Women's Committee on the occasion of its 40th anniversary. Additional Funding came from Alaska State Council on the Arts, the Mississippi Band of Choctaw Indians, Michigan State University All-University Research Initiation Grant, Michigan Council for the Arts and Cultural Affairs, Onaway Trust, Hawai'i State Foundation on Culture and the Arts, Fund for Folk Culture, Lila Wallace-Reader's Digest Fund, and the Cherokee Nation.

Across North America and throughout the Hawaiian Islands, Native people are engaged in artistic activities deeply rooted in the everyday and ceremonial ...