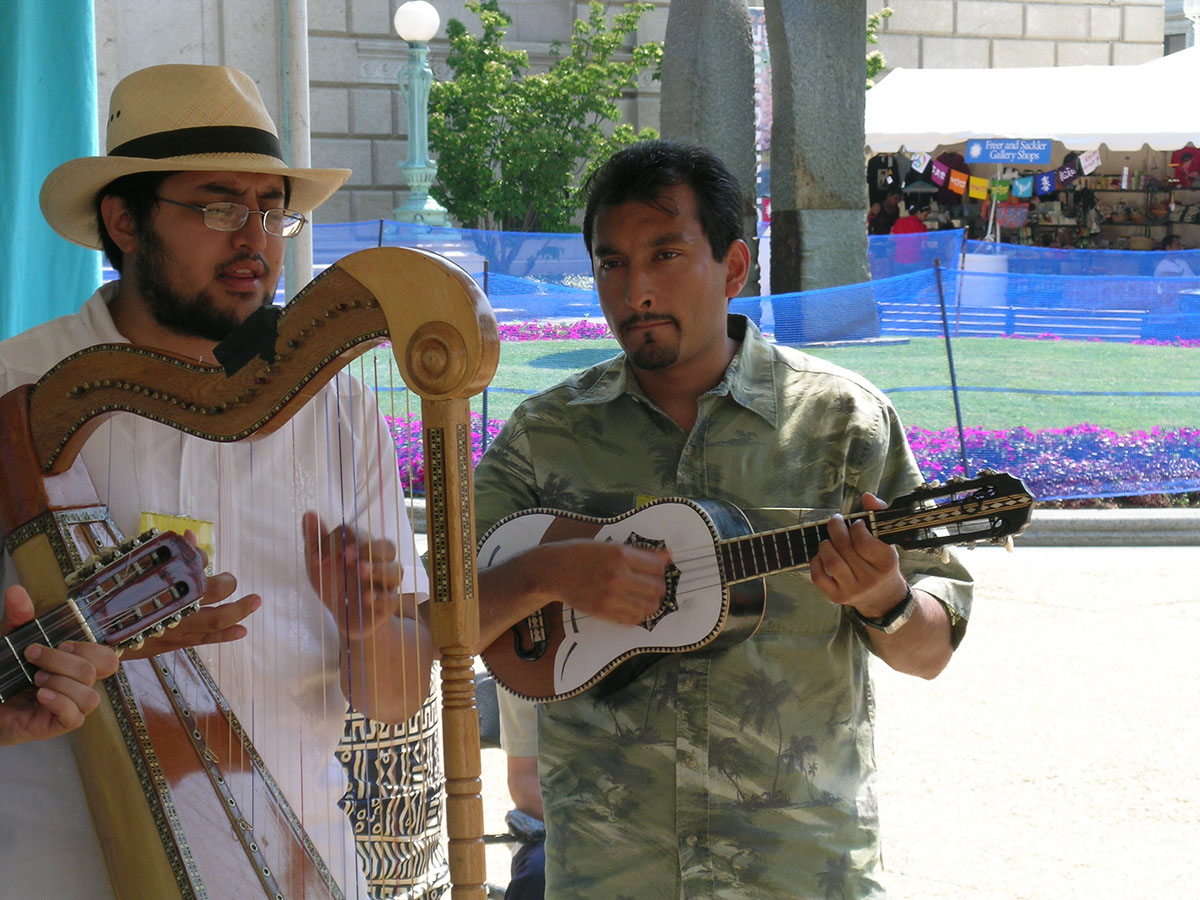 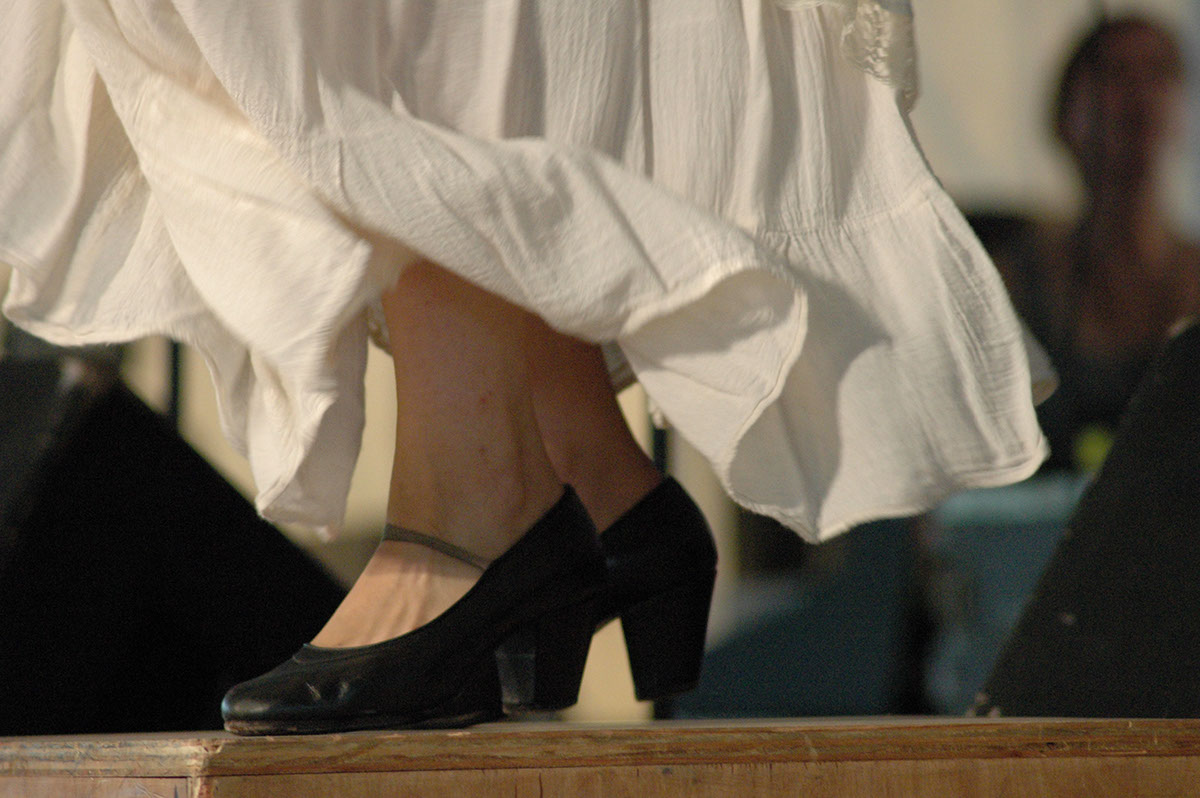 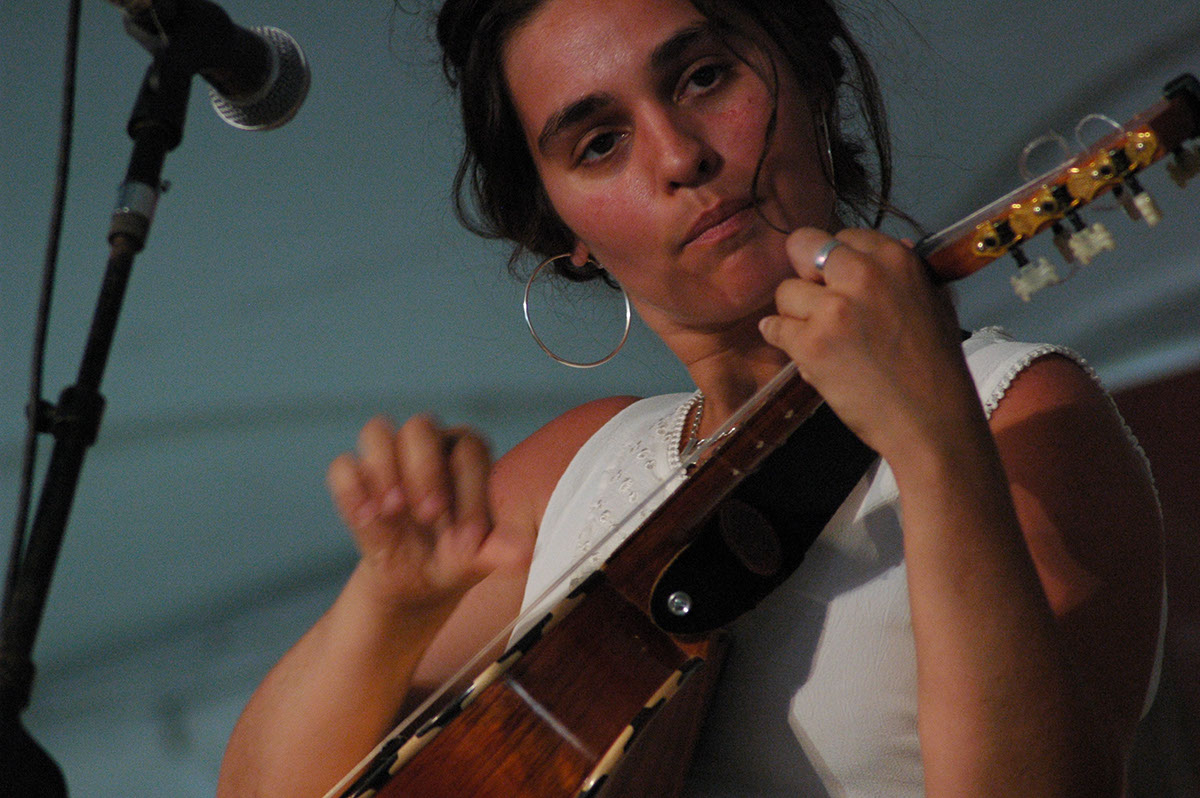 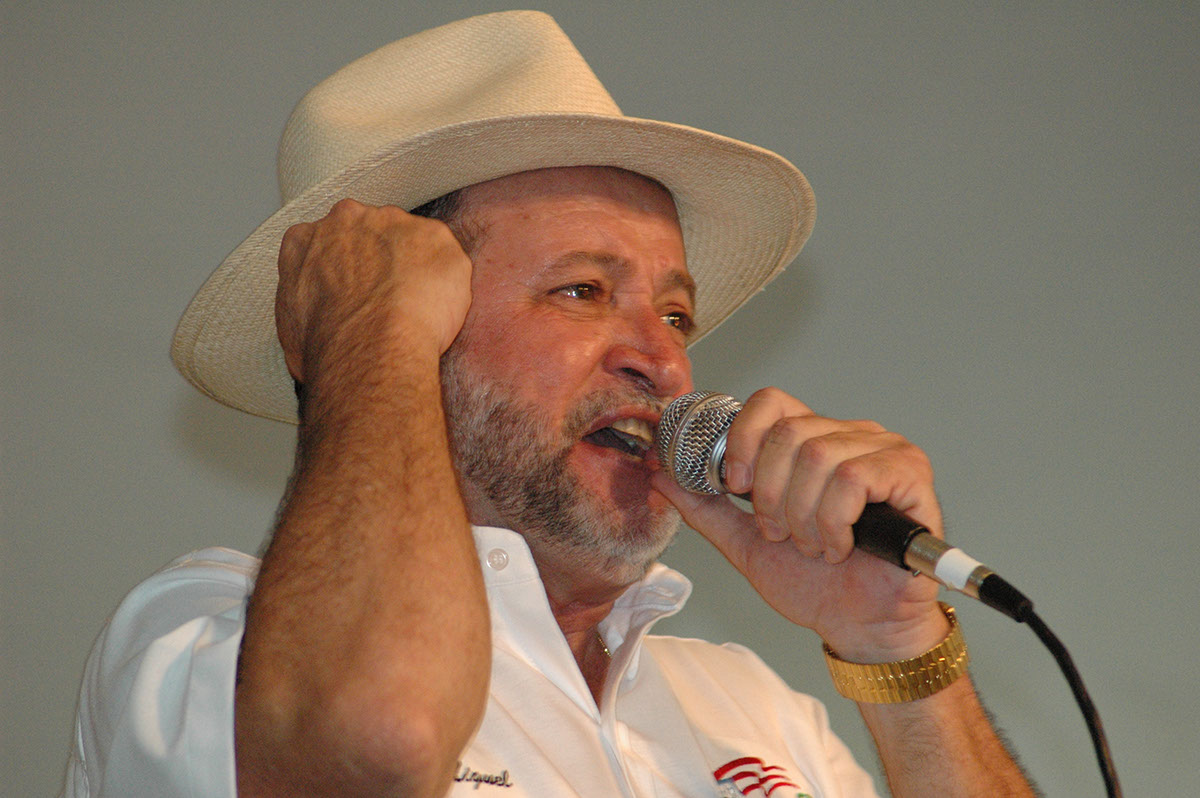 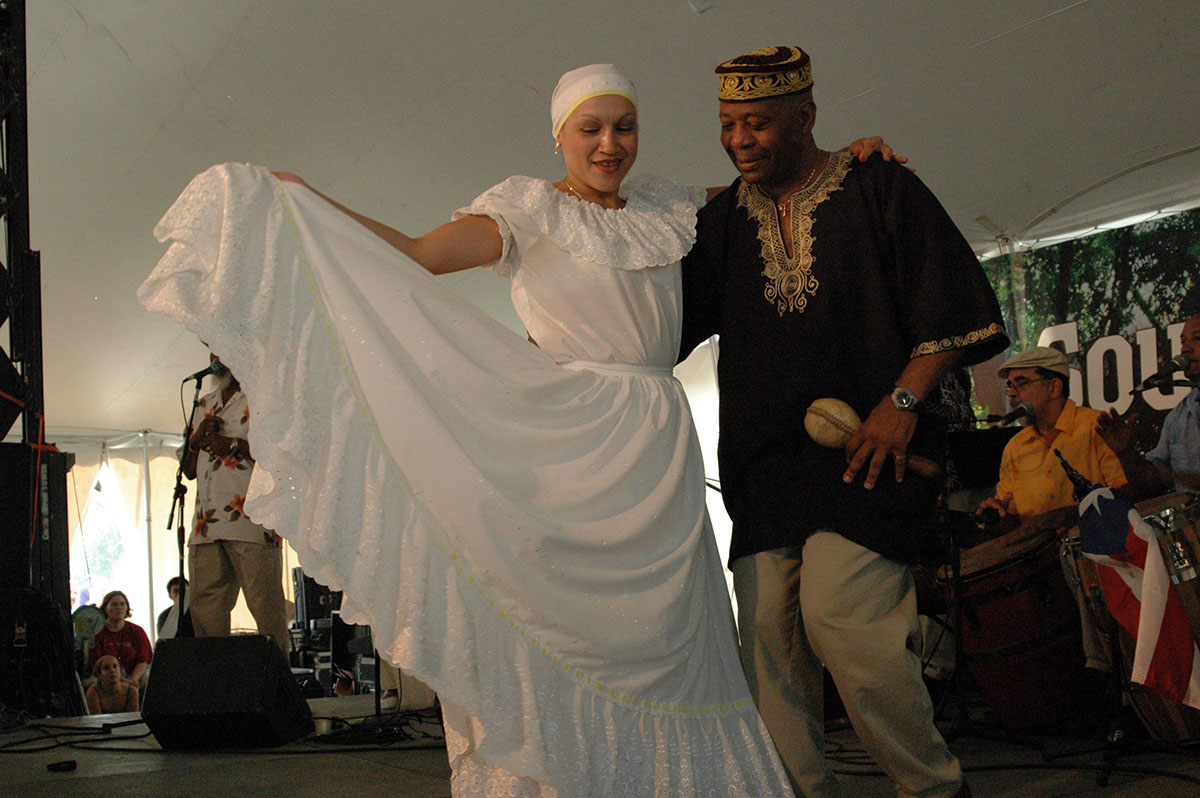 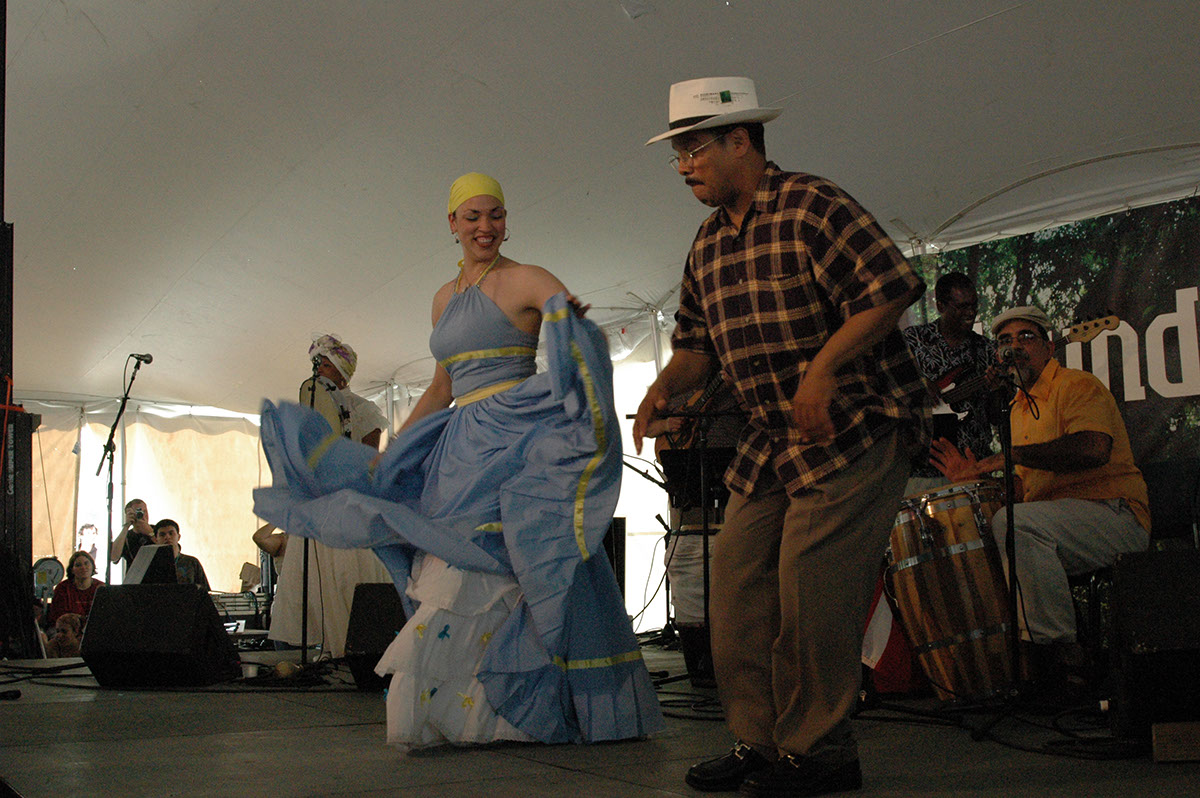 The title of the Nuestra Música program - "Our Music" - conveys two meanings. One is the feeling of closeness that Latinos who share life experiences, values, and perhaps language feel when they say, "This is our music." The other meaning, underscored by the symbol-charged setting of the National Mall in the nation's capital around the Independence Day holiday, is that música latina is a defining piece of our nation's living cultural heritage. The 2005 installment of Nuestra Música presented a series of evening concerts showcasing a variety of Latino musical styles and cultures and exploring the theme "Music Builds Community" (see also the 2004 2006 and 2009 programs).

The 2005 program explored how Latinos have used music to persevere as mexicanos, Chicanos, puertorriqueños, New Yoricans, cubanos, salvadoreños, centroamericanos, dominicanos, colombianos, Latinos, or another self- proclaimed label, in the mass-media-driven, multicultural society of the United States. The larger purposes over the four years of this project (2004-2007) were to spotlight grassroots música latina's beauty, texture, and centrality to our nation's cultural core and to explore the many shades of meaning that Latinos give music. The special focus of the 2005 program was how Latinos use music and the values it carries to build a coherent, positive sense of community among people of specific cultural backgrounds and among the Latino population as a whole.

Through the musical windows on culture that the Nuestra Música program presented and explored, visitors could find the fullest meaning of music. This meaning goes far beyond mere sounds; it goes to the heart of personal and social identity, to issues of survival for immigrant communities adjusting to alien social environments, to constructing a new spirit of community in an ever-evolving world. Music carries knowledge, meaning, affect, and spirit because people have endowed it with these assets, because they consider it essential to envisioning and living a normal life in which they are genuinely themselves. Creative musicians and communities constantly construct new meanings for music, meaning that serves a social purpose as well as an aesthetic one. Nuestra Música offered visitors to this "living exhibition" on the National Mall the opportunity to meet the musicians and to learn more about the world of meaning behind the sounds, as well as to sing the songs, to dance to the rhythms, and to experience the panorama of diverse expressions we call música latina.

Olivia Cadaval and Daniel Sheehy were Curators; Cristina Diaz-Carrera was Program Coordinator; Nilda Villalta was Research Associate; and Russell Rodriguez was Presenter. This program was generously funded by the Smithsonian Latino Initiatives Fund, NEXTEL, Joyce Foundation, and Univision and was produced in collaboration with the Cultural Institute of Mexico and the Ministry of External Relations of Mexico, with media support from Radio Bilingüe.

What is the meaning of music? One person's music might be another person's noise, devoid of significance. On the other hand, a simple melody might tap into a ...