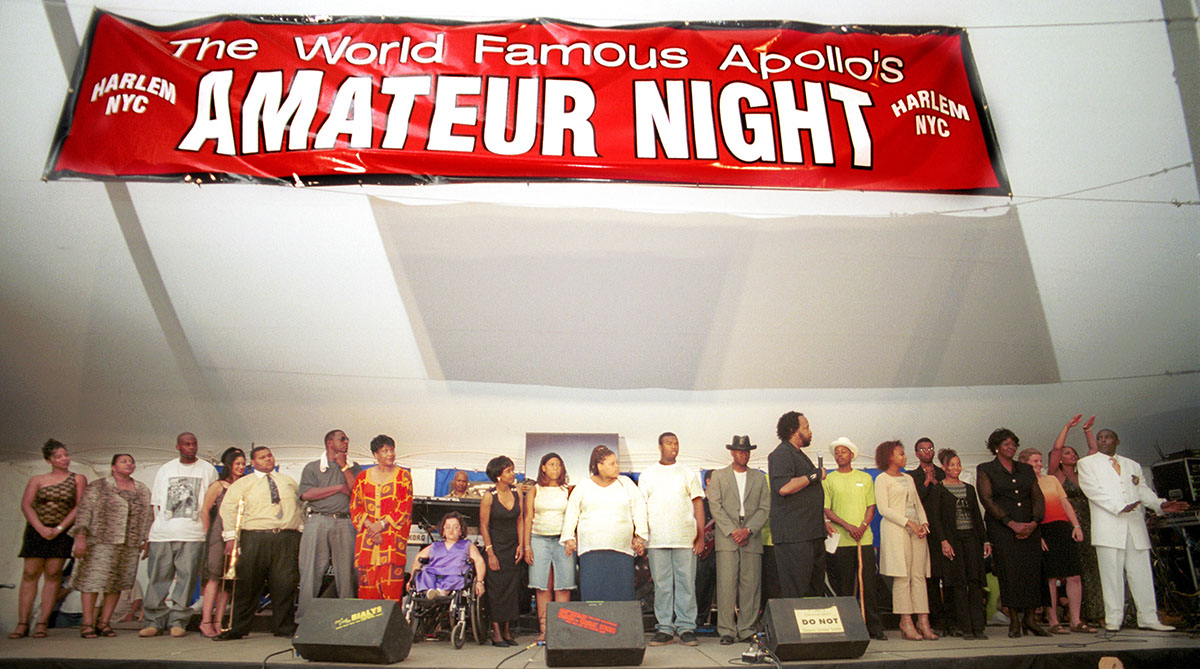 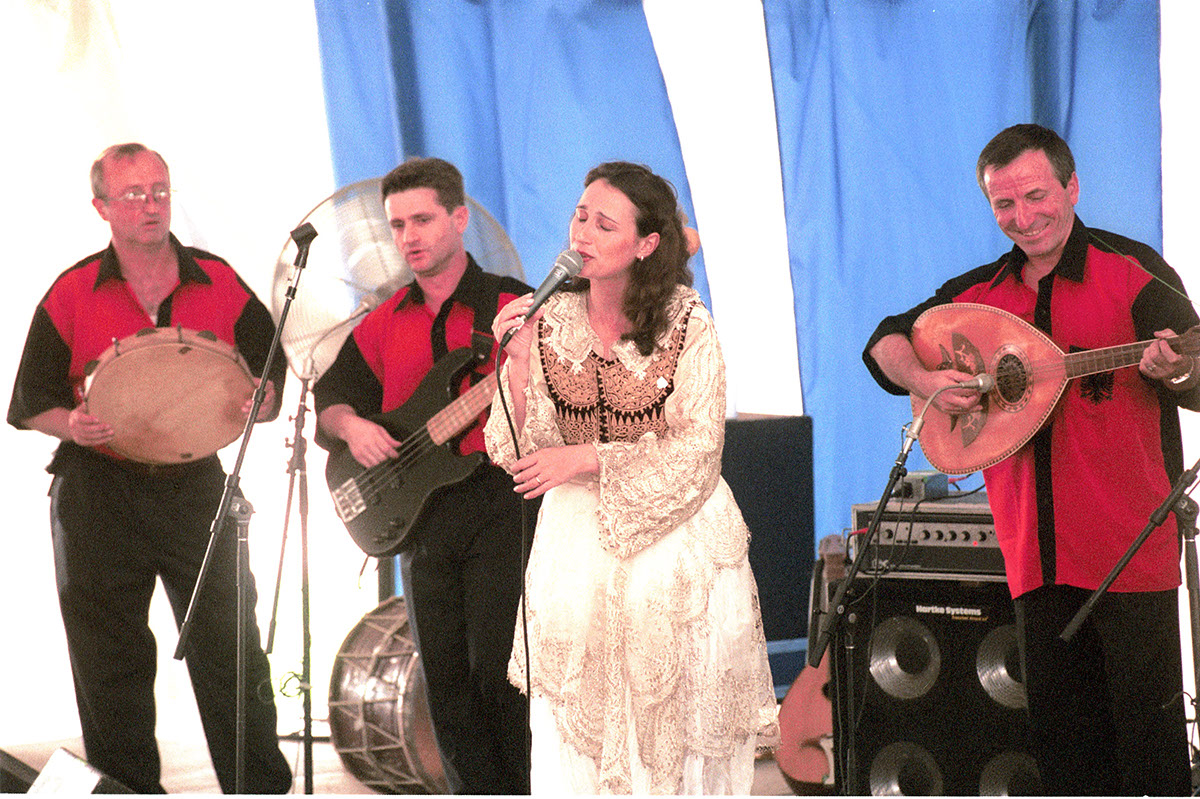 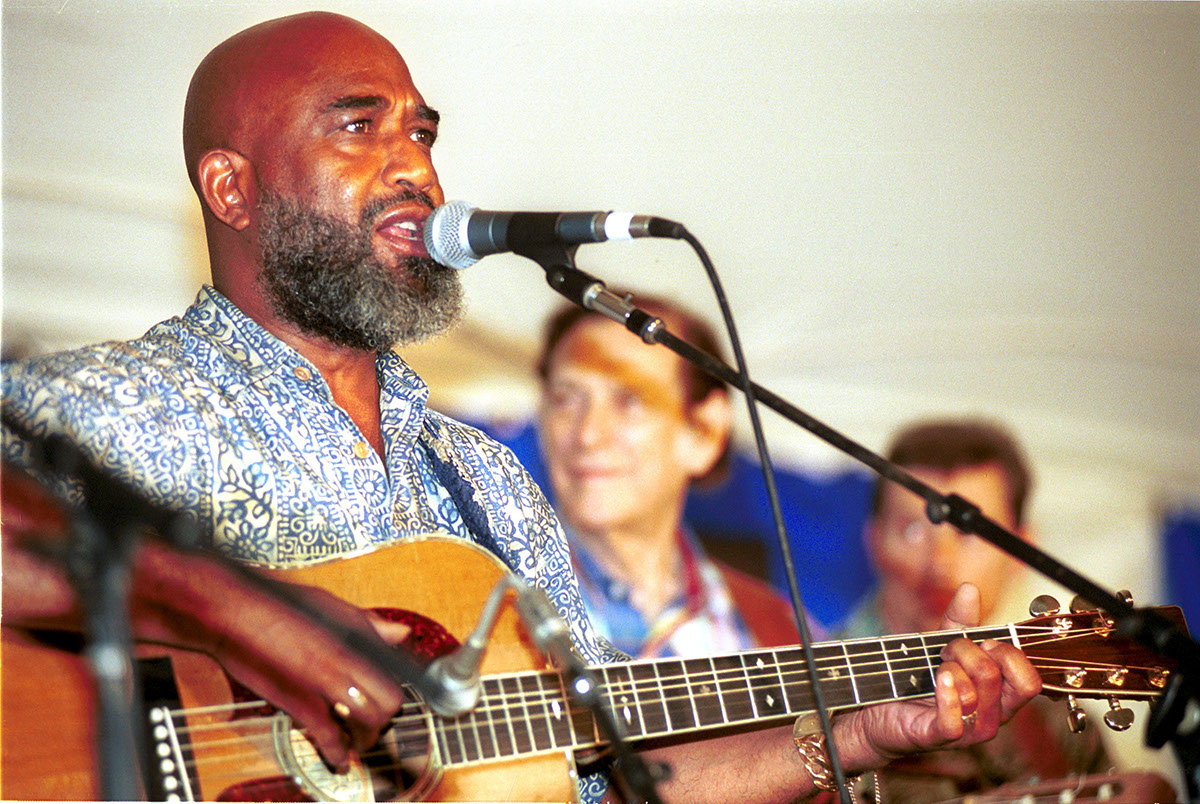 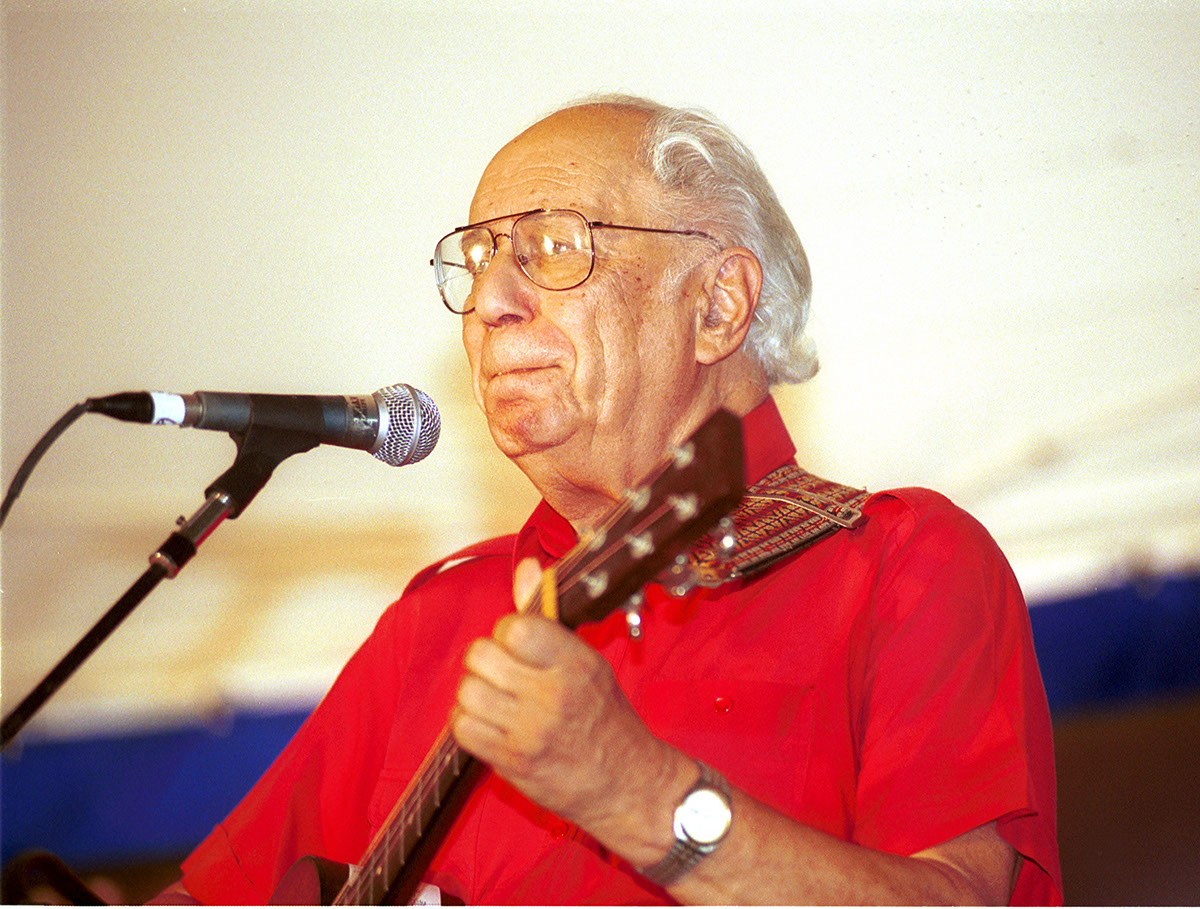 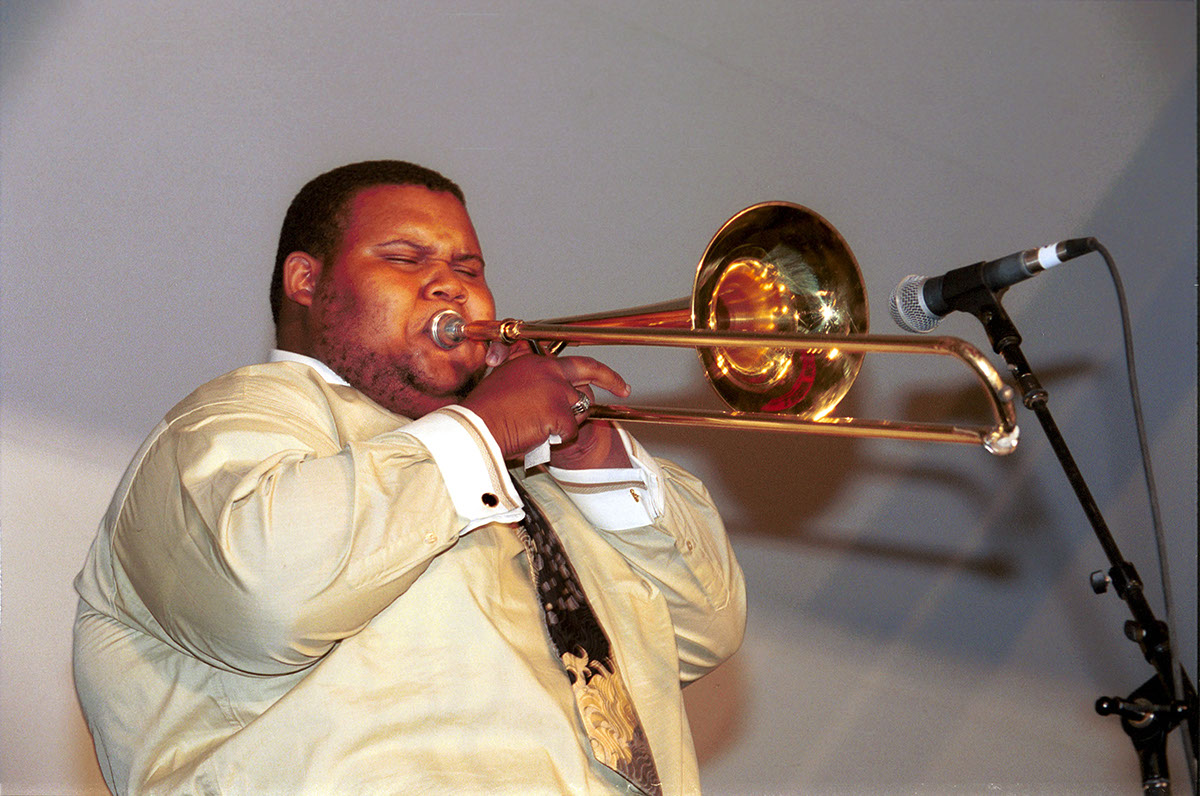 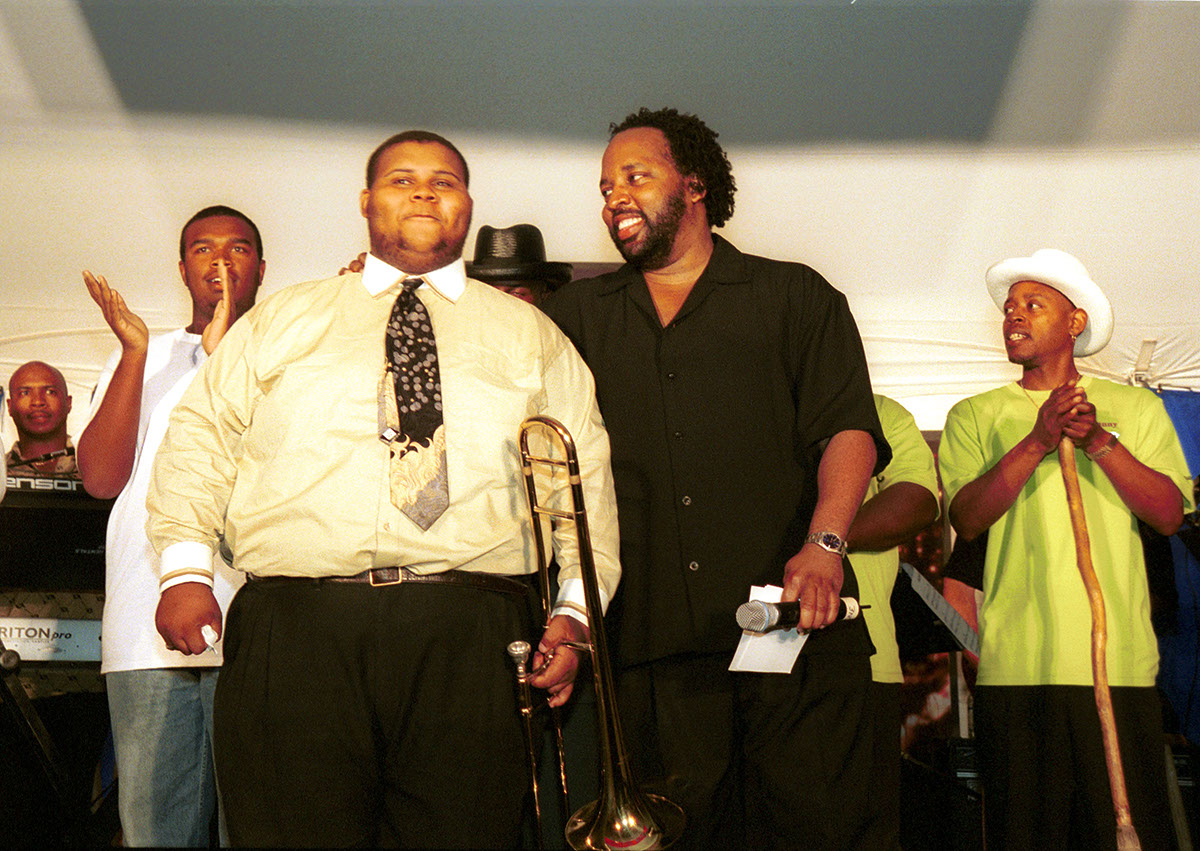 Ralph Rinzler Memorial Concert - Bernice Johnson Reagon Song Family: Continuum of Songs, Singing and Struggle. Bernice Johnson Reagon's work as a carrier of African American congregational singing traditions spans more than four decades. During that time she worked collaboratively with Ralph Rinzler on different projects related to the preservation and sharing of traditional music and the importance of music as part of the culture of struggle and resistance. Reagon, using her southwest Georgia beginnings as a foundation, began the evening with a congregational sing. The concert also featured performances by the SNCC Freedom Singers, Sweet Honey ln The Rock, and Toshi Reagon and Big Lovely.

Power and Glory: Folk Songs of the Presidency. This concert was held in conjunction with The American Presidency: A Glorious Burden exhibition at the National Museum of American History, Behring Center, and featured Oscar Brand with John Foley, Josh White Jr., Joe Glazer, and Magpie.

Across Generations: A Centennial Tribute to Margaret Mead. Anthropologist Margaret Mead (1901-1978) was an enthusiastic supporter of the Festival, and so it was fitting that the Center paid tribute to her during her centennial year with a program that reftects a shared interest: the transmission of culture across generations. The Flowers Family Singers, Walker Calhoun and the Raven Rock Dancers, and the Sau Family Orchestra presented their traditions - old and new - and shared thoughts on the interactions between age groups by which cultural traditions are communicated, how they change, and what they mean to the tradition-bearers and the identity of their larger communities.

For the Ralph Rinzler Memorial Concert, Bernice Johnson Reagon was Curator and Kate Rinzler was Program Coordinator. For the Tribute to Margaret Mead, Carla Borden was Curator and James Early, Rayna Green, and Ethel Raim were presenters. For Folk Songs of the American Presidency, Howard Bass was Curator and Dennis Callahan was Associate.

The Ralph Rinzler Memorial Concert was made possible by the Recording Industries Music Performance Trust Funds. The Tribute to Margaret Mead was made possible by the Institute for Intercultural Studies and the Office of the Senior Scholar Emeritus, Smithsonian Institution. The American Presidency exhibition was made possible by the generous support of Kenneth E. Behring; The History Channel; Chevy Chase Bank; Cisco Systems, Inc.; Elizabeth and Whitney MacMillan; and Heidi and Max Berry; with additional support provided by Automatic Data Processing, Inc.; Business 2.0; KPMG LLP; Sears, Roebuck and Co.; and T. Rowe Price Associates, Inc.

It was probably 1966, and Ralph Rinzler was setting up his tape recorder in my apartment to play me some of the Cajun music he had recorded on his recent field

Across Generations: A Centennial Tribute to Margaret Mead

When Margaret Mead wrote in Culture and Commitment about the new relationships between the generations that were emerging in the last decades of her life, she ...