Culture and Development in Latin America and the Caribbean 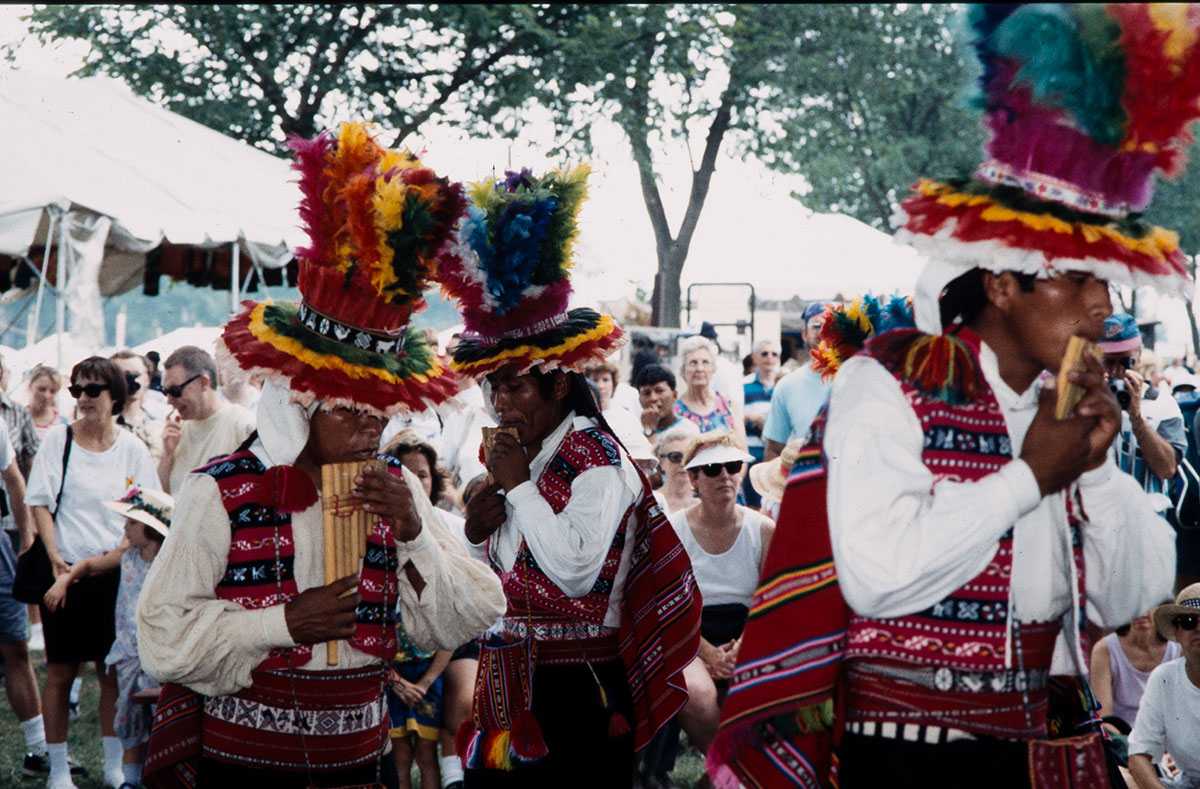 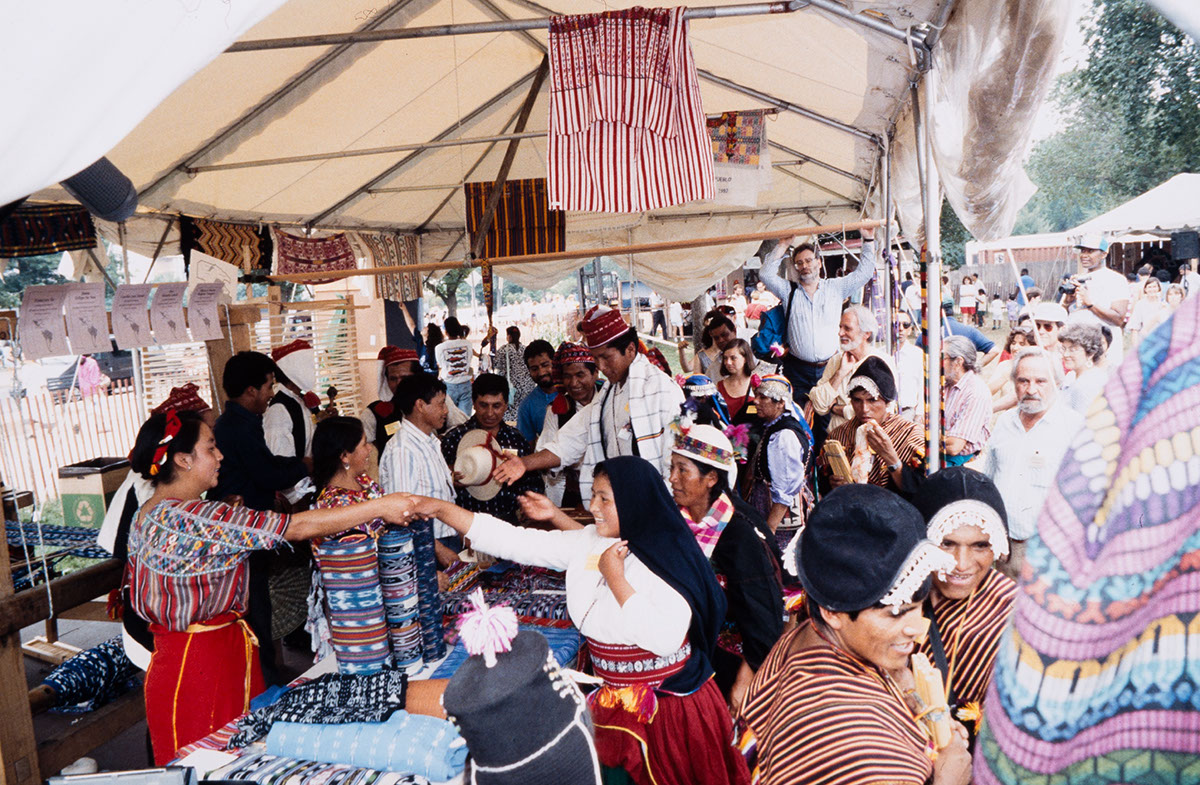 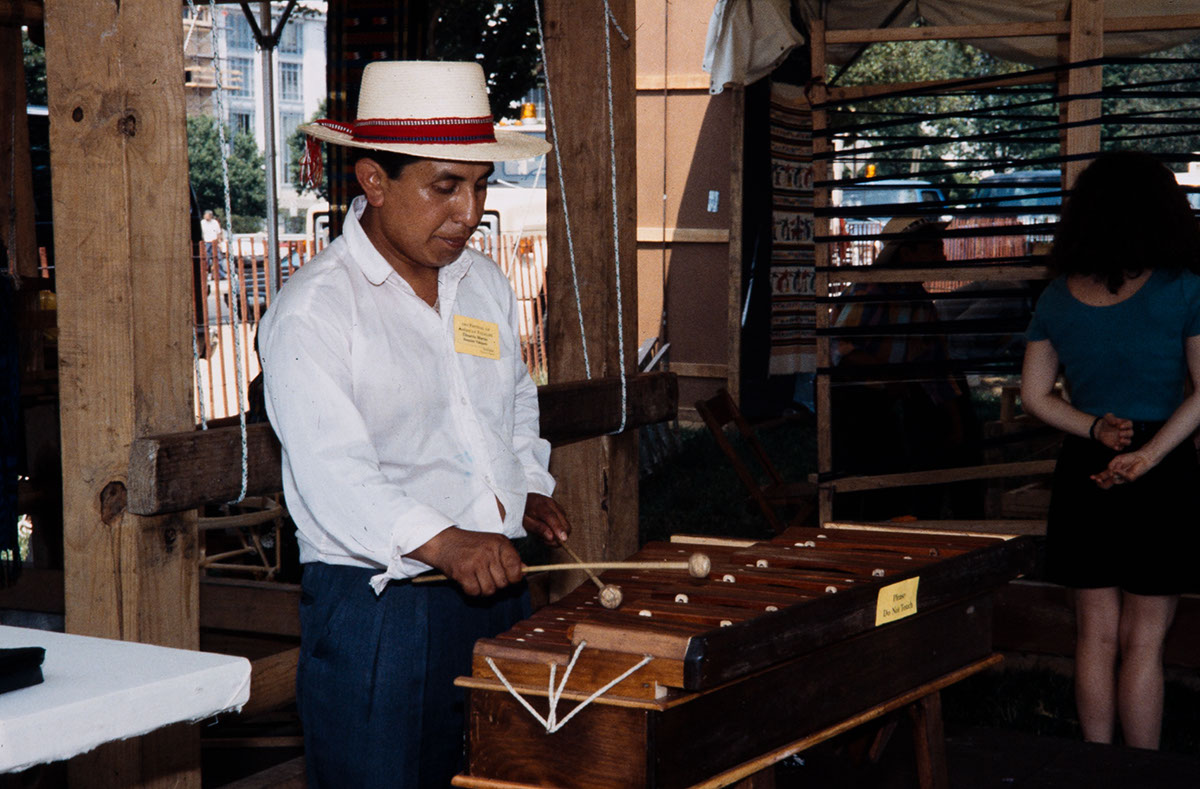 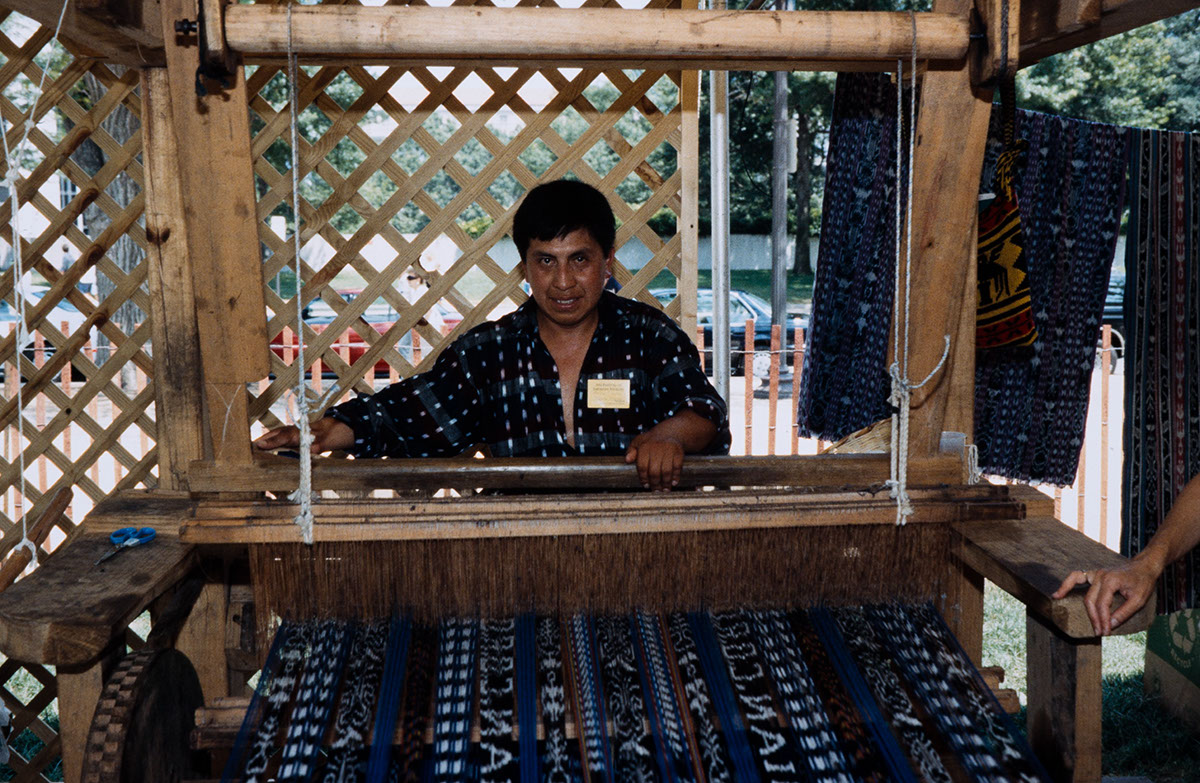 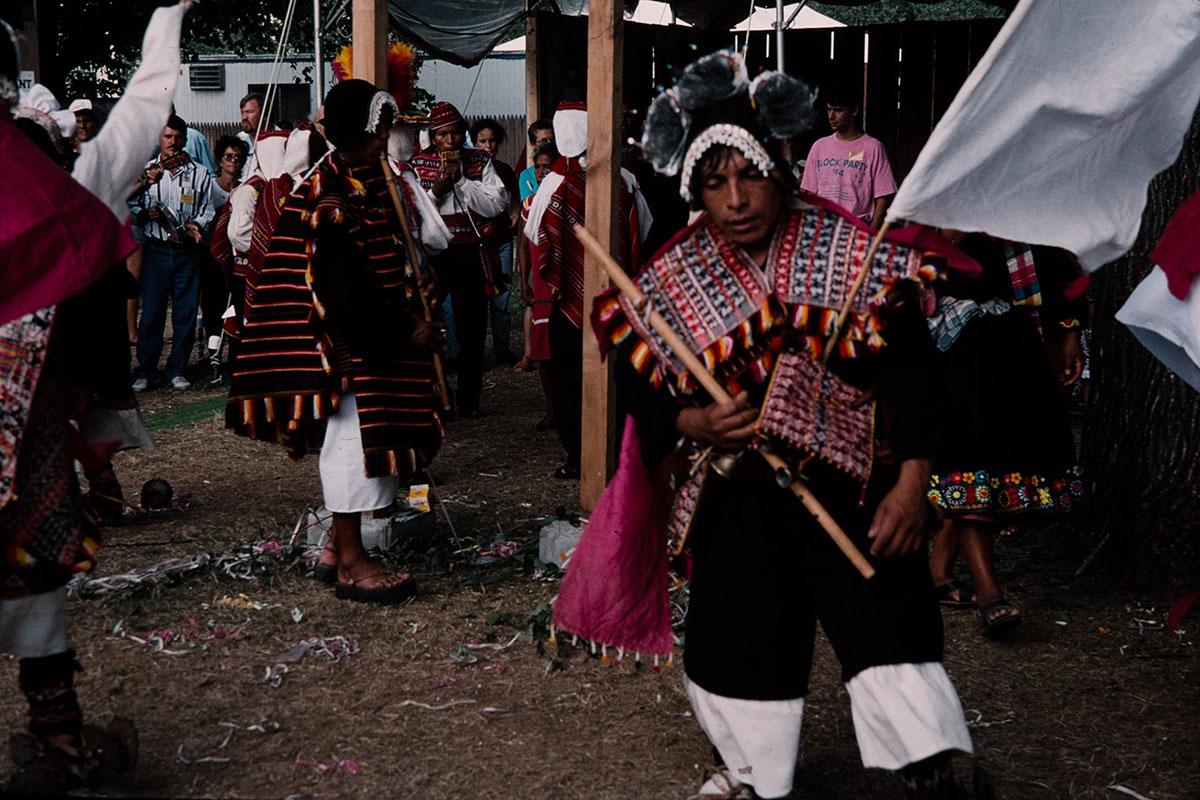 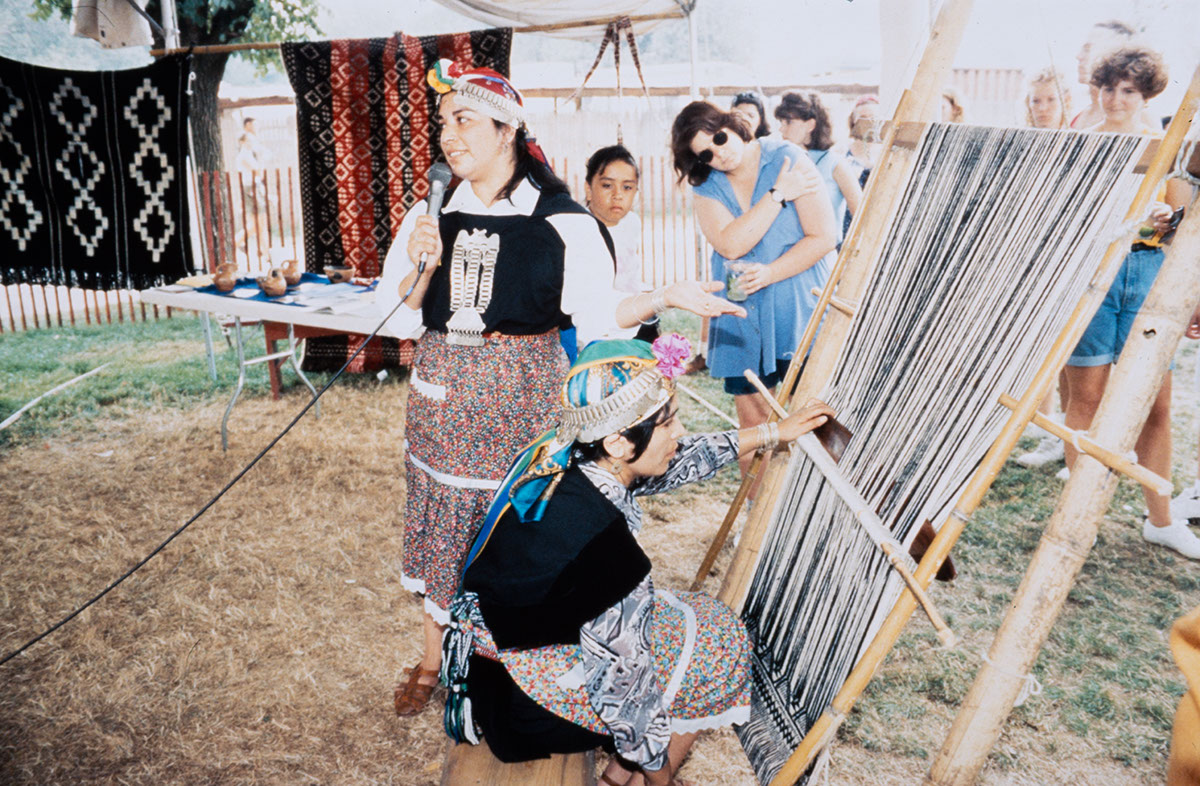 Can the culture of native peoples be a springboard for development, or does it inevitably block progressive change, creating permanent backwaters in society? For much of the 20th century, official development doctrine viewed indigenous culture as a barrier to improvement. Development policies in Latin America after World War II assumed it was necessary to "integrate" and "assimilate" indigenous peoples into the cultural mainstream of a modern industrializing society. Planning documents from that era frequently describe indigenous beliefs and customs as "backward" and "worn-out traditions" obstructing the path to modernization and economic progress. Perhaps it is not suprising that 40 years of these policies failed to produce most of their desired results.

Yet experiences in participatory development, alternative trade markets, and local education suggest sound ways to organize development projects and to build strategies for social change. Among the latter is an approach that Festival researchers referred to as "ethnodevelopment," which strategically places culture at the center of rural development planning. Local development projects that take this approach demonstrate how indigenous culture - technologies, knowledge, organizational skills, and talents of Indian groups - can be engaged for effective and sustainable development. Strategies for self-reliance like these create local political empowerment and socioeconomic revitalization and may even bring about reform of state policy.

As a group, the ethnodevelopment projects represented at this year's Festival combine the recovery of cultural and organizational resources with the use of technologies developed relatively recently, such as community- based surveying and radio broadcasting. All of these strategies serve the ultimate goal of empowering the original inhabitants of our hemisphere as active participants in their own development. Festival audiences had the opportunity to meet representatives of a range of development projects from throughout the hemisphere, to see them producing their crafts, and to discuss with them the challenges of sustainable development that respects community values and aspirations.

Culture & Development in Latin America & the Caribbean was made possible with the collaboration of the Inter- American Foundation in celebration of its 25th anniversary of promoting grassroots development, with support from Fundación Esquel Ecuador, The Synergos Institute, and PROANDES-UNICEF.

The Recovery of Cultural Resources for Development

Can the culture of native peoples be a springboard for development, or does it inevitably block progressive change, creating permanent backwaters in society? ...

"Culture is like a tree," says Mariano Lopez, a Tzotzil Indian leader from the municipality of Chamula in Chiapas, Mexico. "If the green branches—people's ...

The Kuna and the Mola Cooperative

Most Kuna Indians live on the San Blas Islands, in Panama City, or in Colon, Panama. Although the Kuna have had extensive contact with Europeans and other ...

More than 13,000 feet above sea level on the Peruvian side of Lake Titicaca, at the heart of the Americas, lies the small island of Taquile. Set amid the ...

Contemporary crafts production in Haiti is rooted in the society that emerged after a successful struggle against slavery and colonialism. When Haiti became ...

Mayan Indians in Guatemala live in a country rich in cultural traditions and natural resources. But for over 400 years, wealth and power have been held by the ...

ASUR: An Experiment in Ethnodevelopment in Bolivia

The Inka Empire posted the ancestors of the Jalq'a and the Tarabuquenos, originally from several different ethnic groups, to the Andean region in present-day ...

The Mapuche, who live in south and central Chile on the border with Argentina, are one of several indigenous groups in the region. The Mapuche maintained their

The Cacha Federation: An Artisan Program in Ecuador

When the comuneros, the people of Cacha Parish of Chimborazo Province in Ecuador, say "This is the land of the Duchicelas and of the Daquilemas," they name ...

Quichua-speaking Indians, the majority population in the predominantly rural, highland Ecuadorian province of Cotopaxi, are among the nation's most socially ...

Mapping the Darien in Panama

The Darien region, with a total land surface of 16,803 km2, is the largest province in Panama, the most sparsely populated, and the least well known. It is a ...

The Shuar and Achuar Indians live in the northwestern region of the Amazon River basin in a rainforest that spans part of the border between Ecuador and Peru. ...

For Bolivian Aymara and Quechua Indian herders and farmers, who live on the treeless, windswept Oruro plains 13,000 ft. above sea level, life is not easy. A ...

Raised Fields in the Altiplano

Few people are aware that a great nation of Native Americans still live in the heart of South America. The Aymara occupy a rugged, mountain world of soaring, ...

Raised Fields for Sustainable Agriculture in the Bolivian Amazon

Until about 30 years ago, Western academic opinion agreed that the Amazon Basin could never have sustained large populations; due to the limitations of a ...

APAEB: Struggle and Sisal in the Sertao in Brazil

The peasants who live in the sertao, the semi-arid region of Bahia in the northeast of Brazil, have a long history of struggle. A mixture of peoples of African,

Fallowing land reform and the abolition of serfdom in Bolivia in the 1950s, peasants migrated in streams to the sparsely populated Alto Beni region on the ...

Recently brought to international attention by the Zapatista insurrection, Chiapas has Mexico's most politically neglected and economically depressed peasant ...