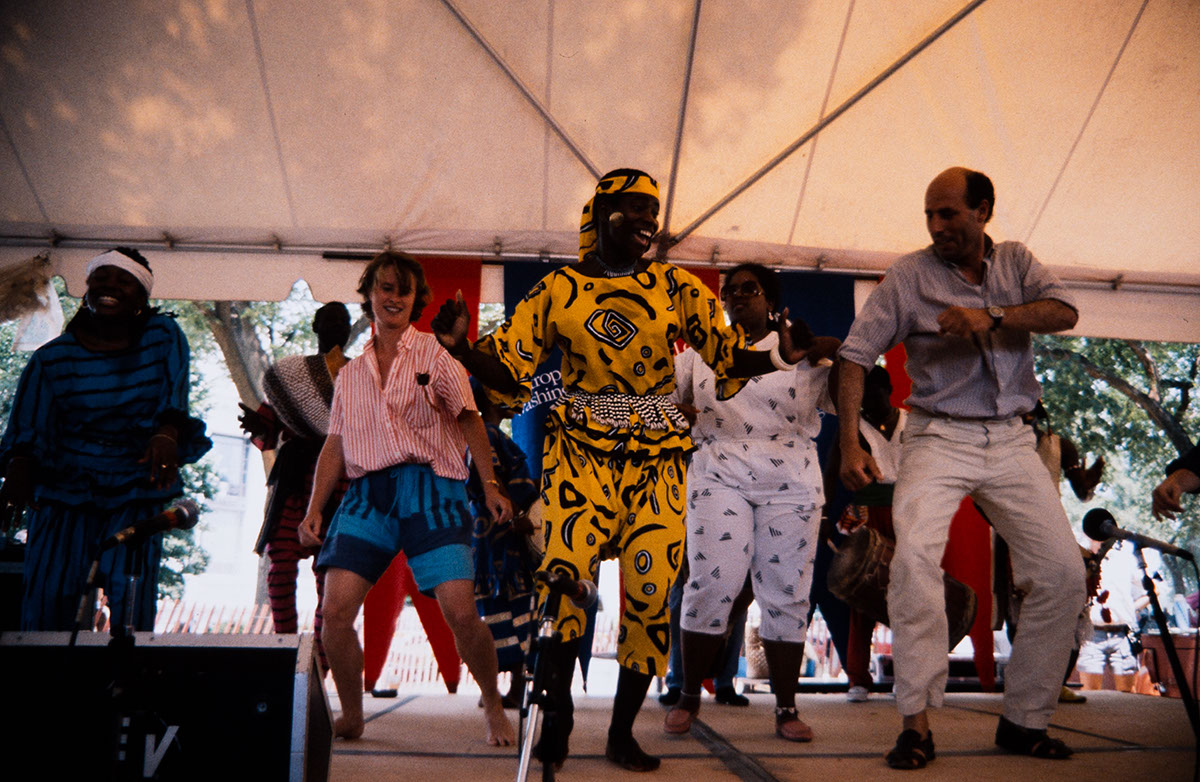 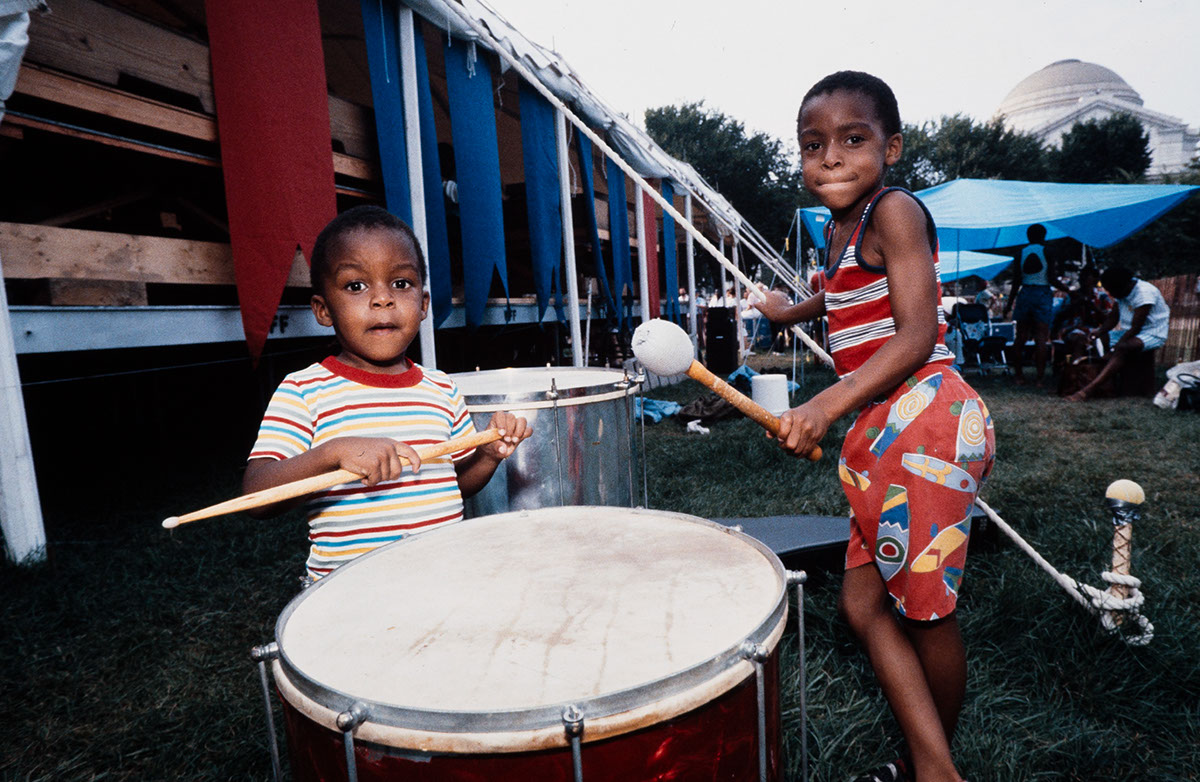 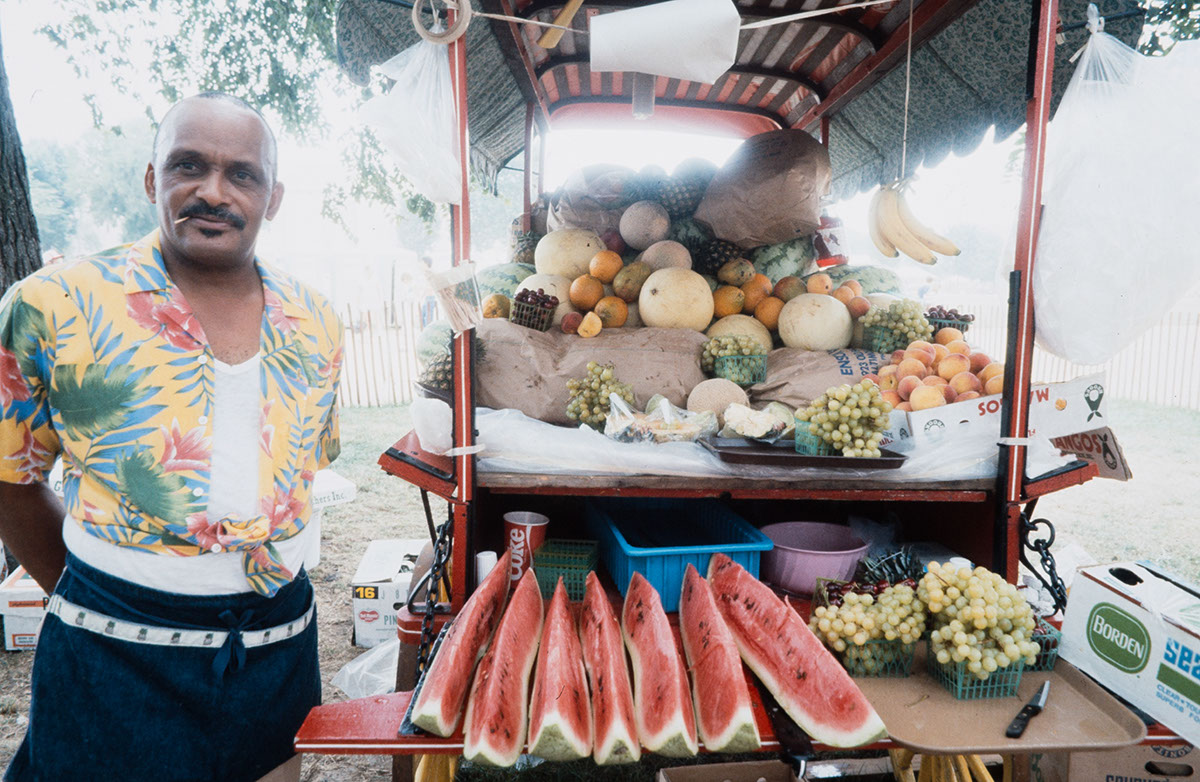 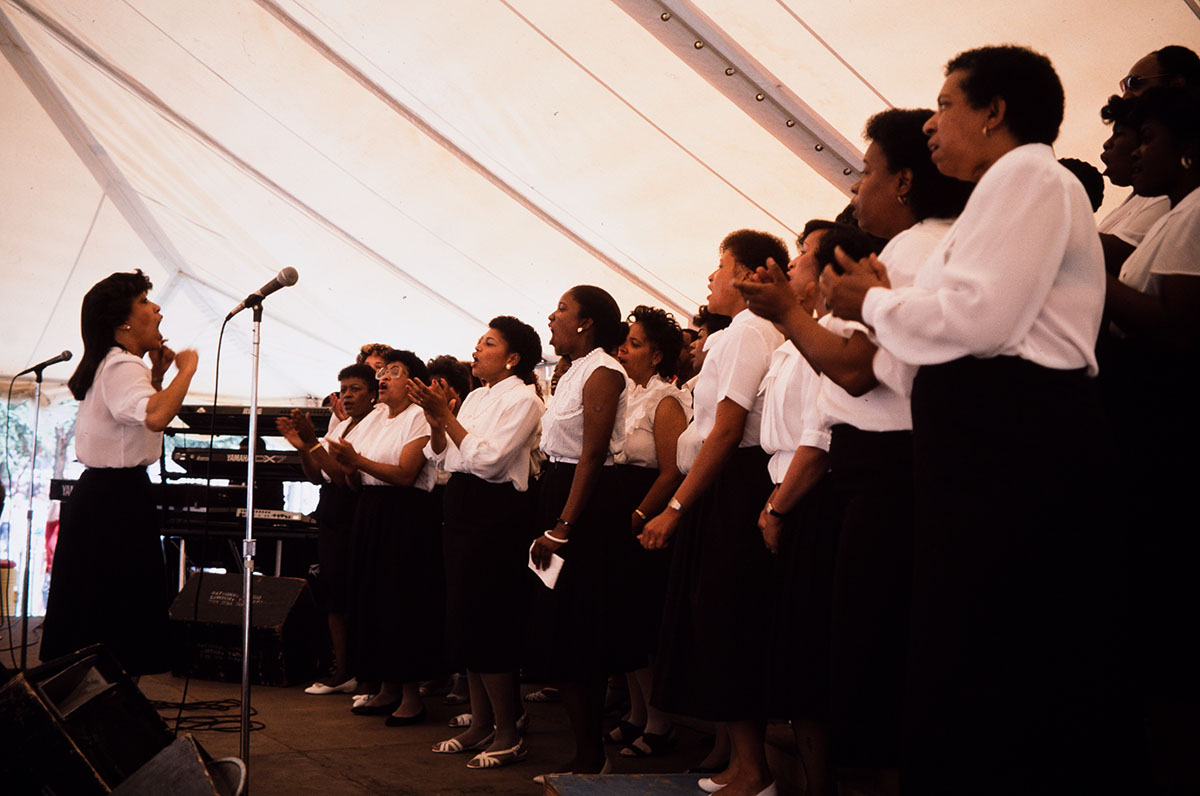 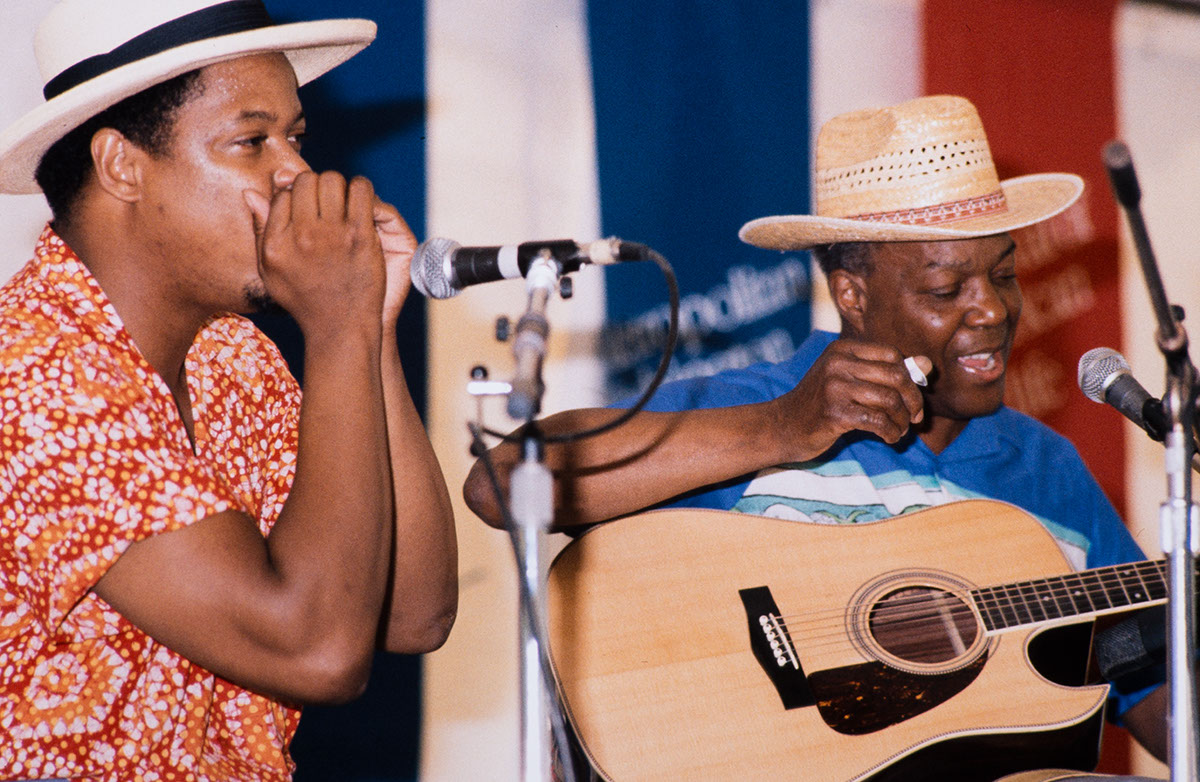 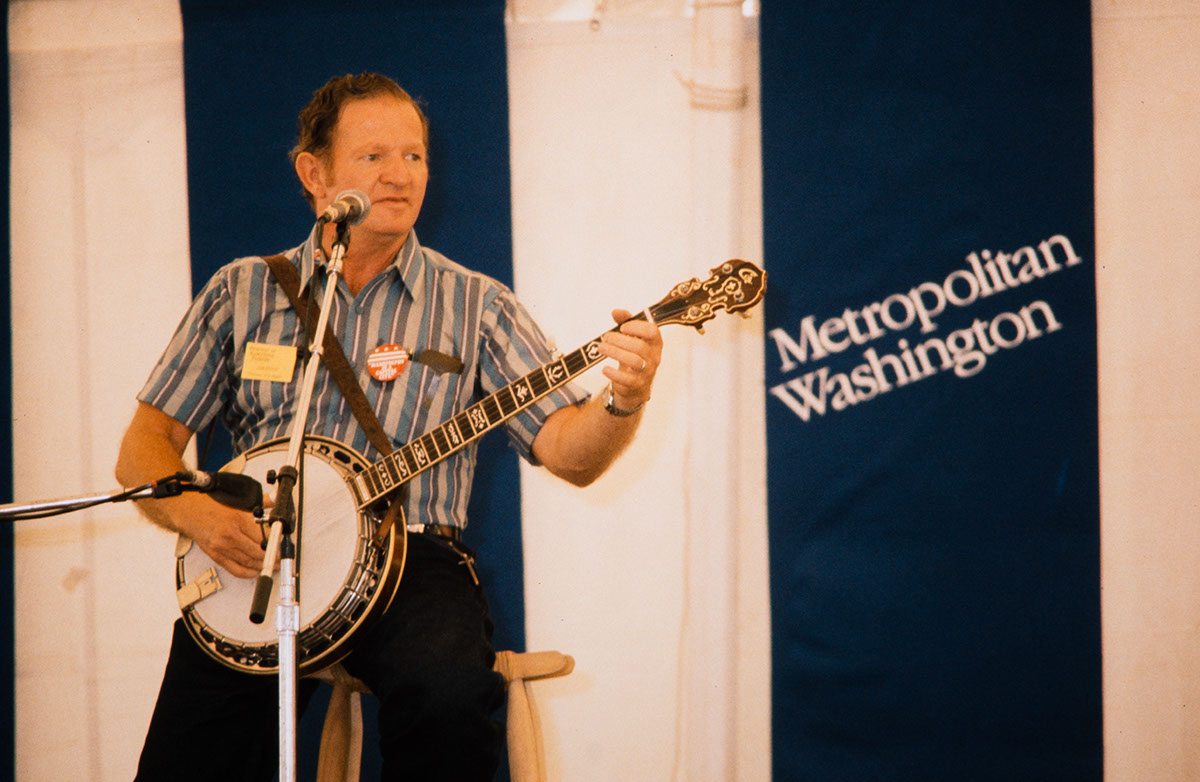 The Smithsonian has long counted on Washington area residents as an audience for its many museums and programs. In this first of a planned multi-year program, tables were turned as traditional musicians from local black, Hispanic and Asian American communities told Festival visitors about the social organizations and the multi-cultural urban context within which their aesthetic expressions flourish. Washington, the residential city beyond the national monuments, burgeons with cultures transplanted from beyond urban, state, and national boundaries as well as with hybrid traditions newly rooted in an urban environment. Over the next several years the Office of Folklife Programs intended to explore the fascinating, vital, and variegated pool of cultures that enliven the Washington metropolitan area. The 1987 program gave special emphasis to music among Washington's communities.

Music is a central part of festive occasions and celebrations as well as an integral feature of everyday life. People mark what they feel is distinctive and valuable through the use of music, frequently accompanied by dance and ritual. For instance, various Asian communities of Washington have maintained some of the seasonal ceremonies of their homelands, such as Lao or Chinese New Year's celebrations. These elaborate and colorful ceremonial events incorporate music, costumes, parades, food, and dance and draw community members from the entire eastern seaboard.

African American gospel music thrives in a variety of forms in Washington, ranging from the harmonies of traditional quartet groups to the sounds of more contemporary soloists, ensembles, and choirs, some of which blend classical techniques with more traditional black gospel music. Hundreds of churches support numerous choirs, smaller family groups, and other ensembles and soloists who provide their memberships with gospel music. Gospel music is central to a variety of community events in addition to regular services: for example, pastor, choir, and church anniversary celebrations, as well as funerals are filled with gospel music.

Particularly within Washington's growing Latino community, sharing of traditions has resulted in a synthesis or pan- ethnic style, celebrating a multicultural heritage. In this urban milieu Hispanic, Caribbean, and African musicians constantly create new urban performance forms by drawing fragments from known repertoires and styles and transforming them into new expressions through the use of new harmonies, updated texts, and changes in tempo, rhythmic configurations, or performance style.

The Metropolitan Washington program was made possible in part by the Music Performance Trust Funds, a non-profit organization created by U.S. recording companies to fund live and free performances (Trustee: Martin A. Paulson).

Washington, the capital city, has long been known for its official culture and public celebrations such as presidential inaugurations, Independence Day ...

For more than a half century, Washington has been an important city in the development, presentation, and preservation of gospel music. The music in many ways ...