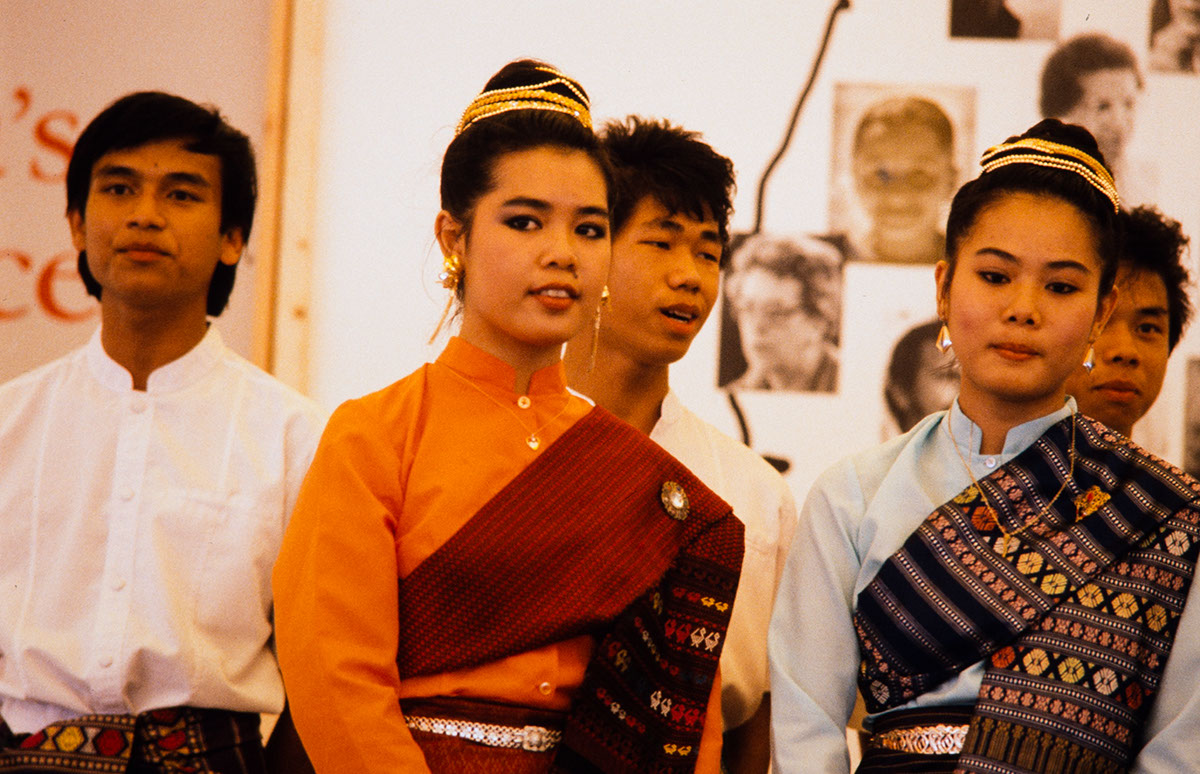 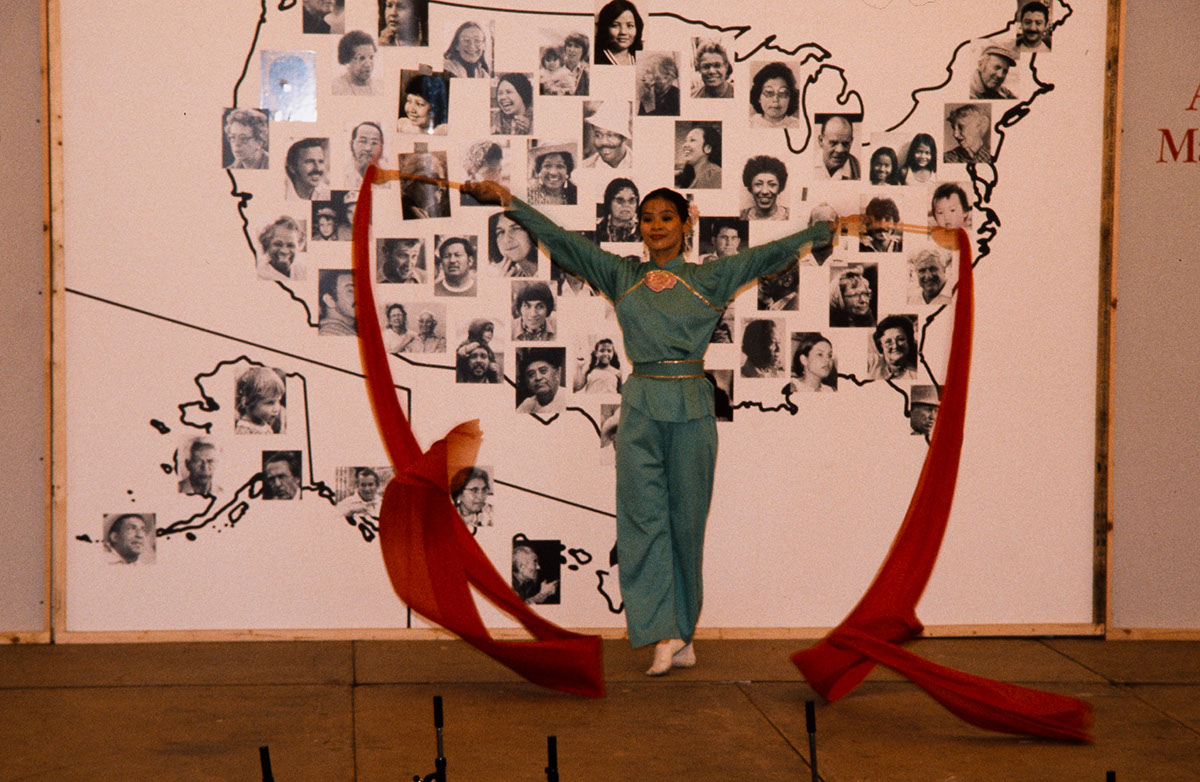 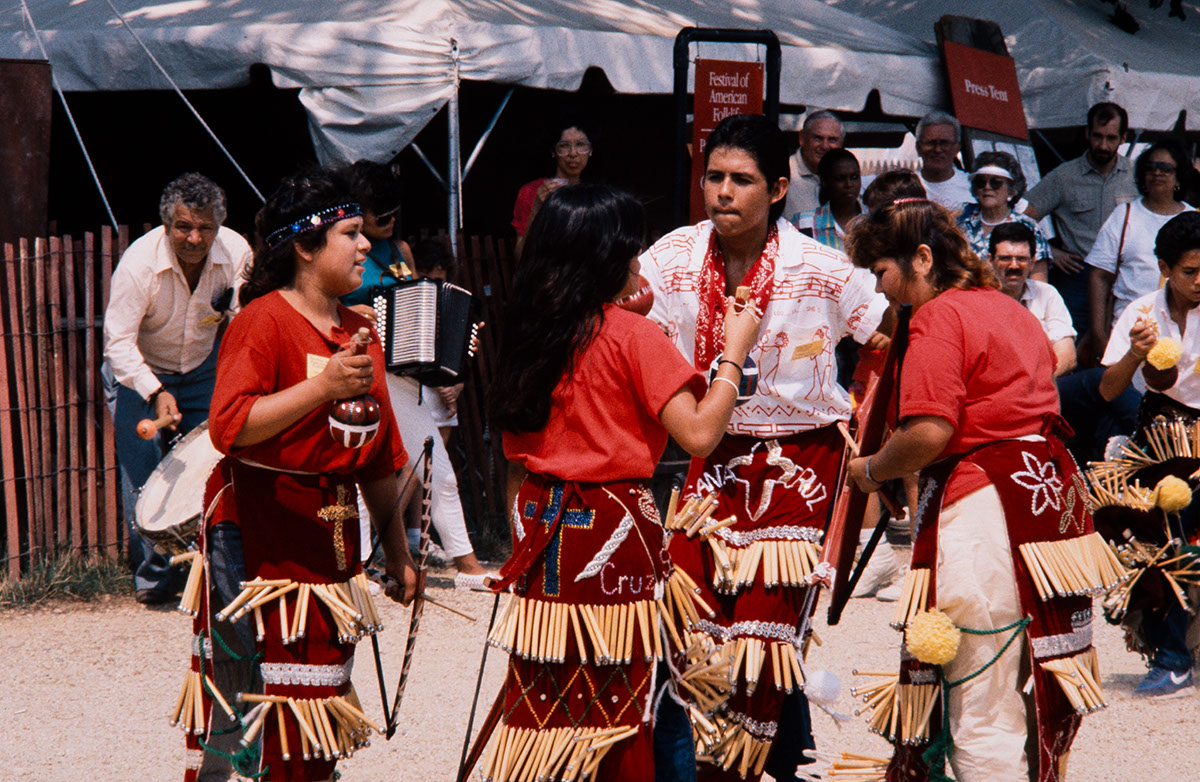 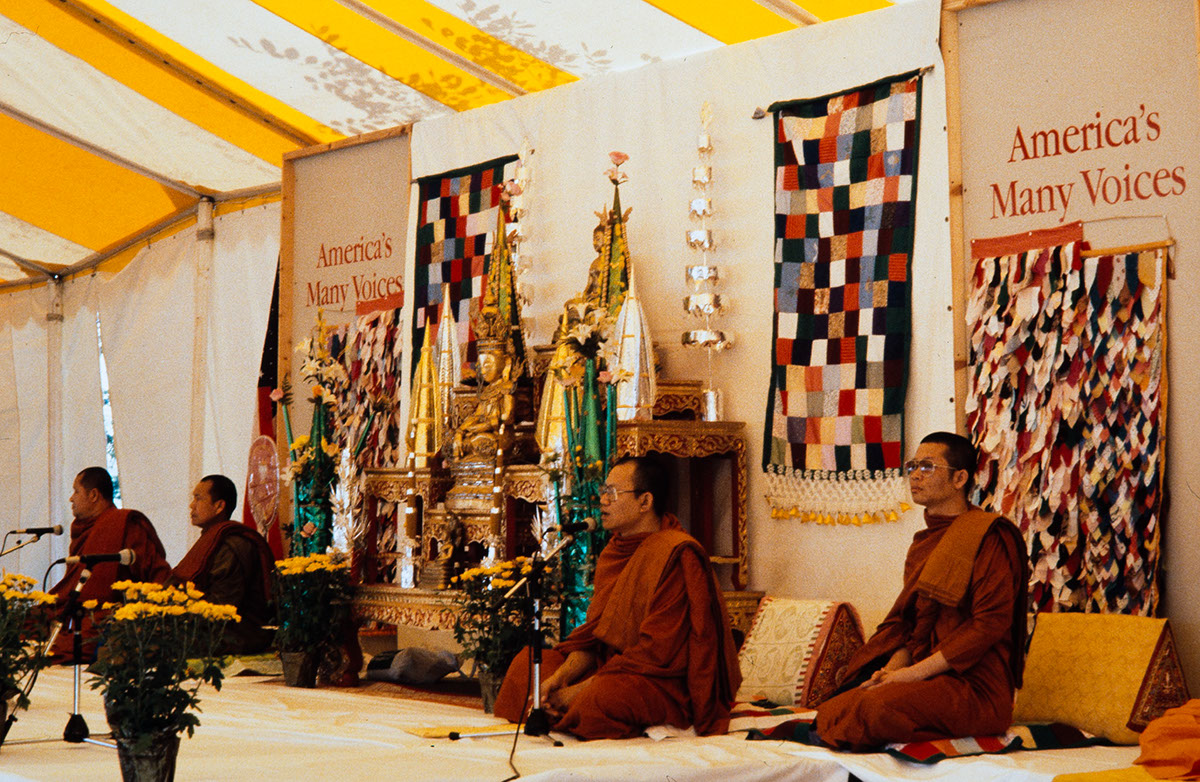 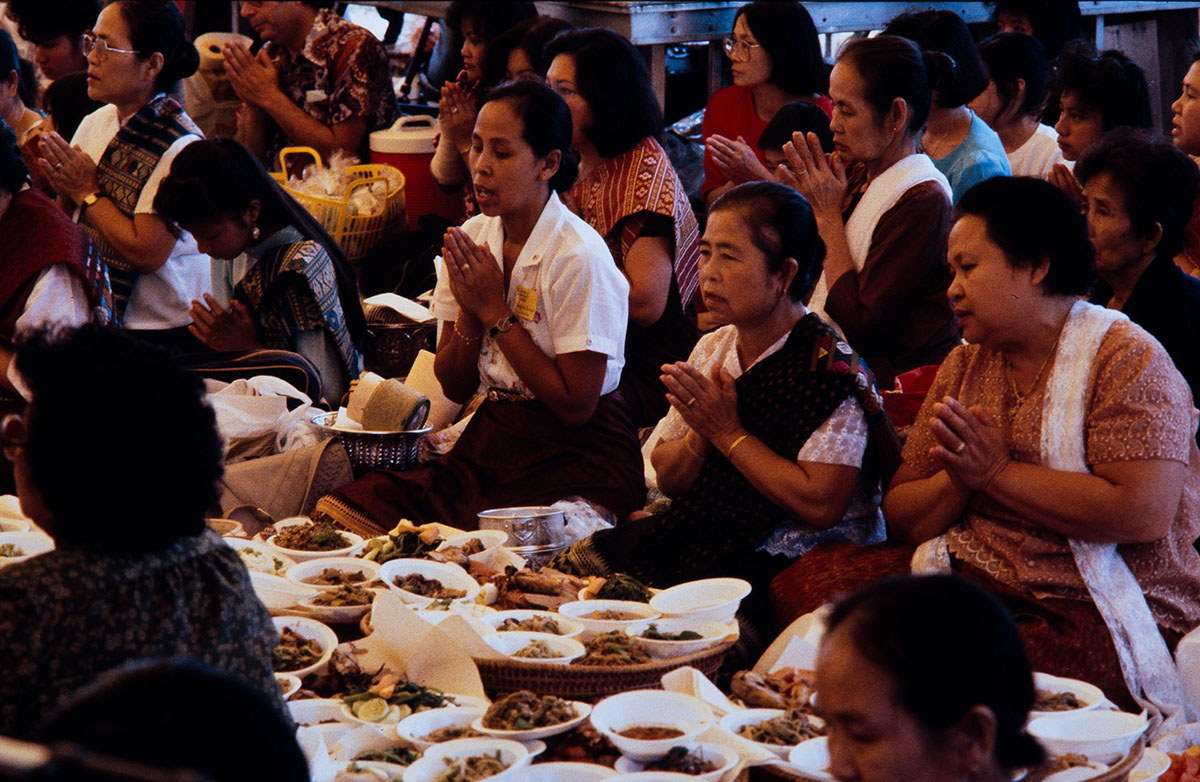 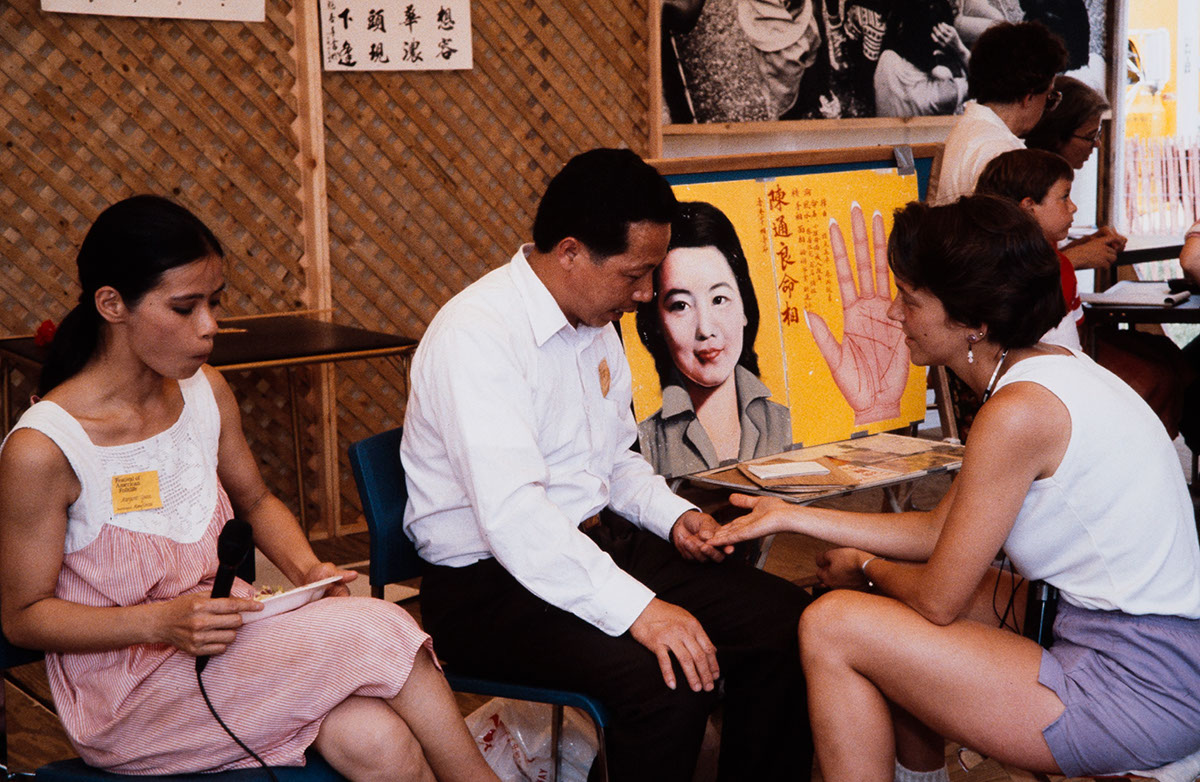 America's Many Voices - the third in a series of Cultural Conservation programs that began in 1985 - addressed the importance of language in the preservation of cultural traditions. Spanish speakers from Texas, Chinese speakers from New York, Lao speakers from Virginia and Maryland, and English speakers from North Carolina challenged Festival audiences to hear the beauty of their voices, to understand the social significance of their languages, and to grasp meanings sometimes not easily translated. The theme was chosen to coincide with the Bicentennial of the U.S. Constitution, and looked back in part to the wisdom of the early patriots for guidance concerning present-day social problems and issues. In 1987, as in 1787, America's linguistic diversity and cultural variety were seen by some as threats to national unity and by others as a primary resource for national strength; the Festival advocated the latter approach.

In addition to musical performances from several of the featured communities and a full program of narrative sessions, ongoing demonstrations included (in the Mexican American area) saddle making, barbacoa cookery, toymaking, quilting, and a sacred procession each day of the Matachines group from Laredo, Texas, through the Cultural Conservation area; (in the Appalachian American area), the skills and lore of tobacco farming and the stories of hunters and their dogs; (in the Chinese American area), toymaking, face painting, and occupation lore of laundry operatators. The Lao American area included floral arts, weaving, wood carving, basket making, rocket making, and, on Sunday June 28, an all day celebration of Boun Bang Fai, the Lao Rocket Festival, which included religious ceremonies, sports, music, dance, and a rocket

Frank Proschan was Curator of the Cultural Conservation program and Todd DeGarmo was Program Coordinator.

Language in the New Nation--Jefferson and Rush

Today's Americans, celebrating the Bicentennial of the U.S. Constitution, look back, as their predecessors have, to the wisdom of the early patriots for ...

It takes little linguistic sophistication to recognize that American English comes in a variety of forms. A native resident of northern Michigan traveling south

Middle-aged Cajuns often tell a story about being punished as children for speaking French at school. One punishment, aside from whipping, was to have students

For the Jews of America, the Yiddish language represents the most tangible connection to an Eastern European heritage, a legacy which some have retained and ...

Throughout Southeast Asia the coasts and fertile plains are peopled by large ethnic groups that make up the majority populations of the nation states. These ...