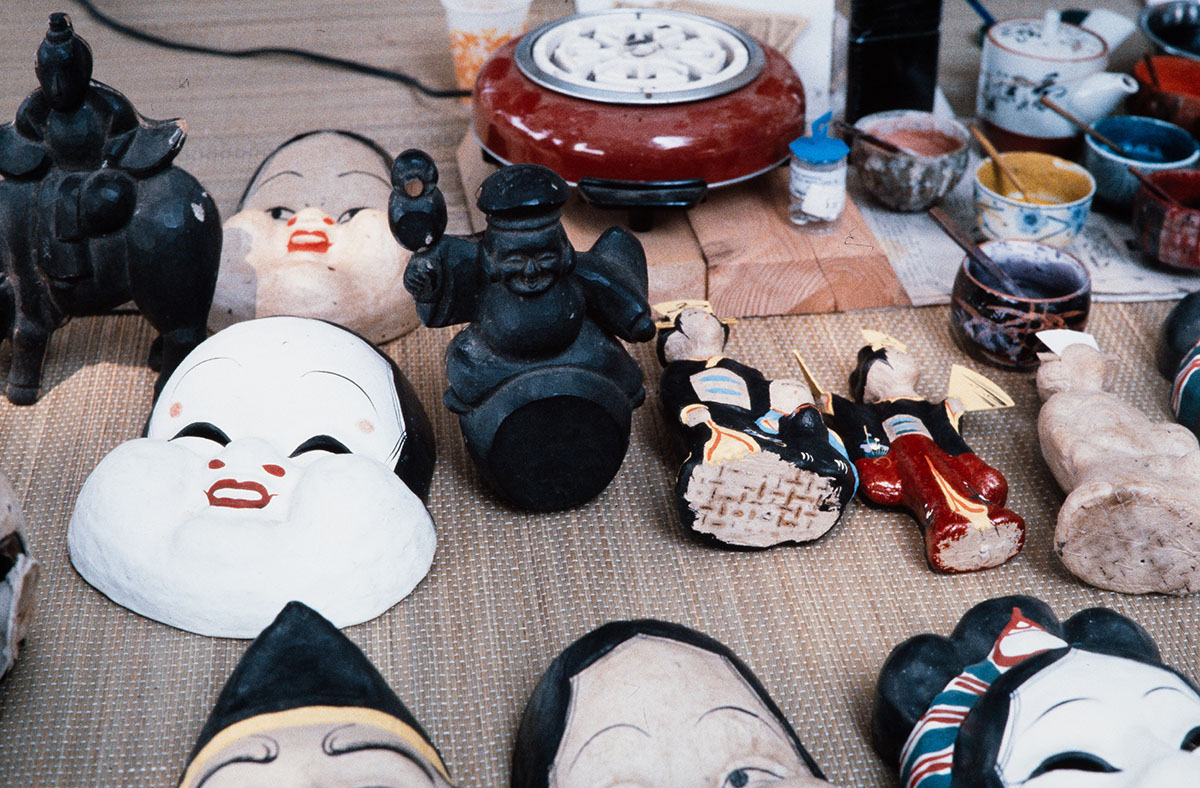 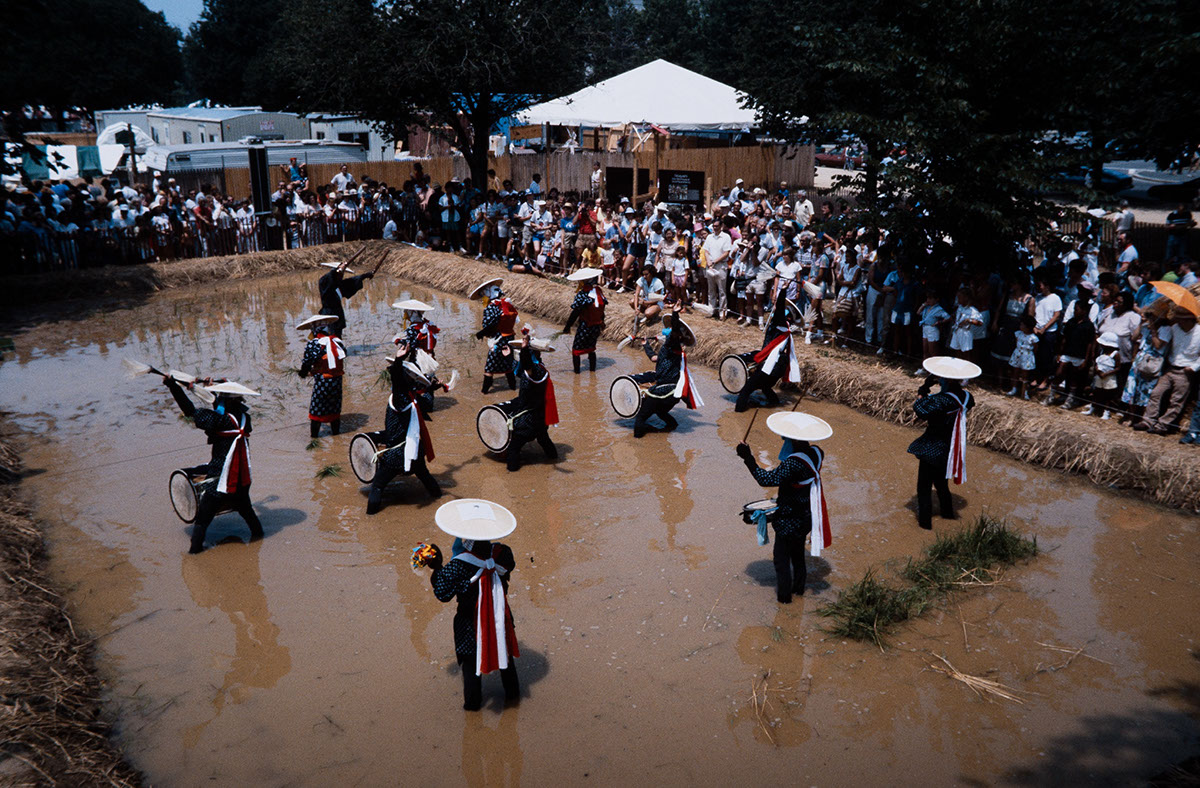 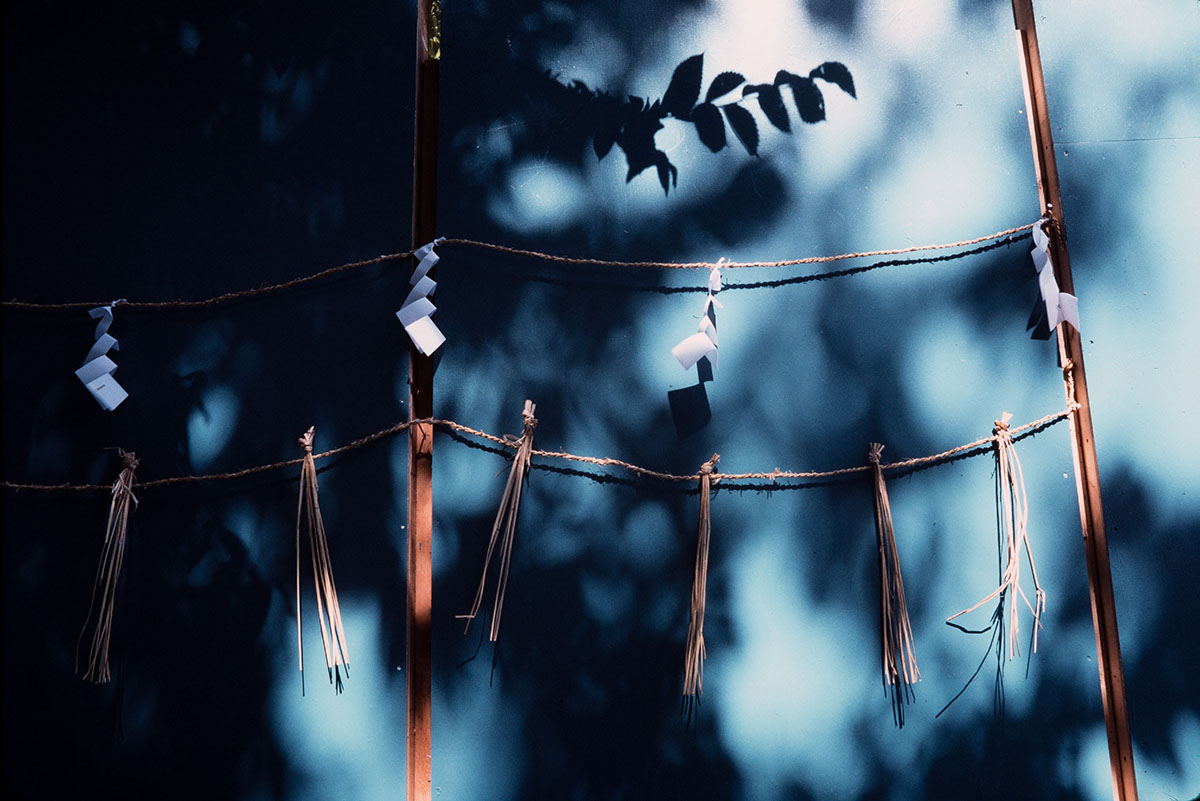 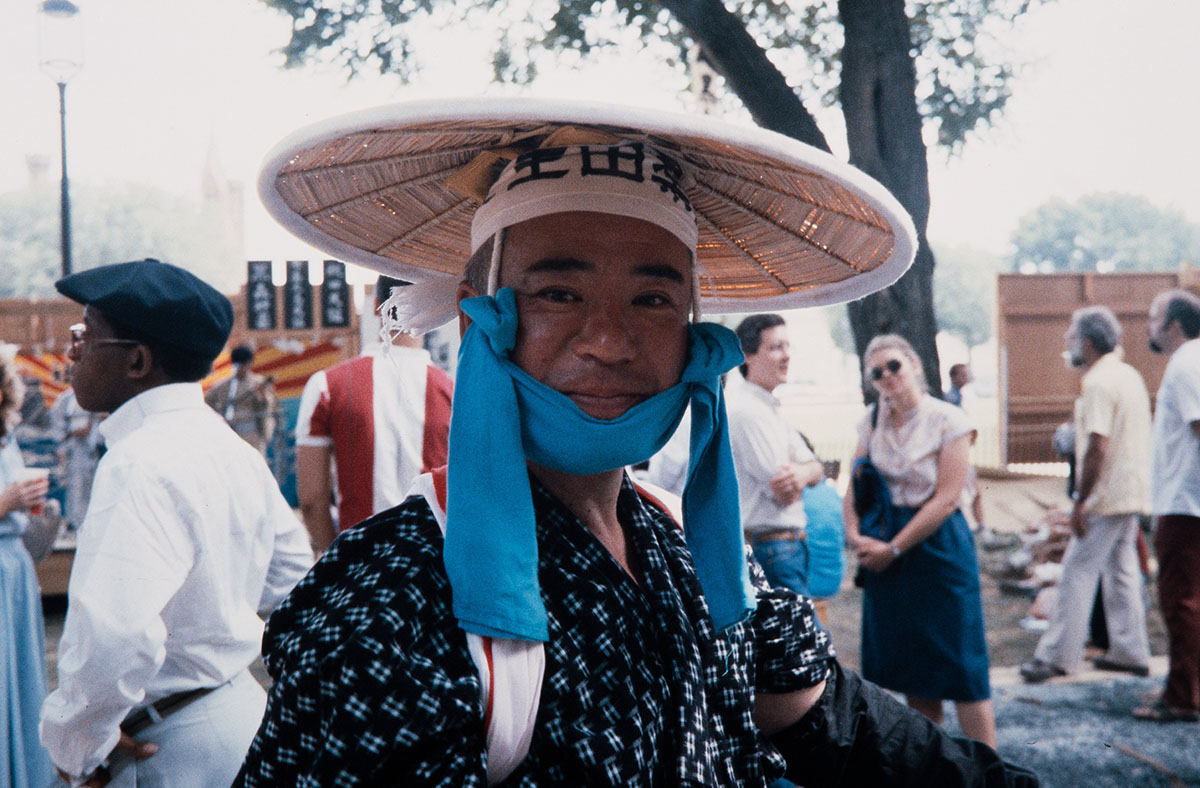 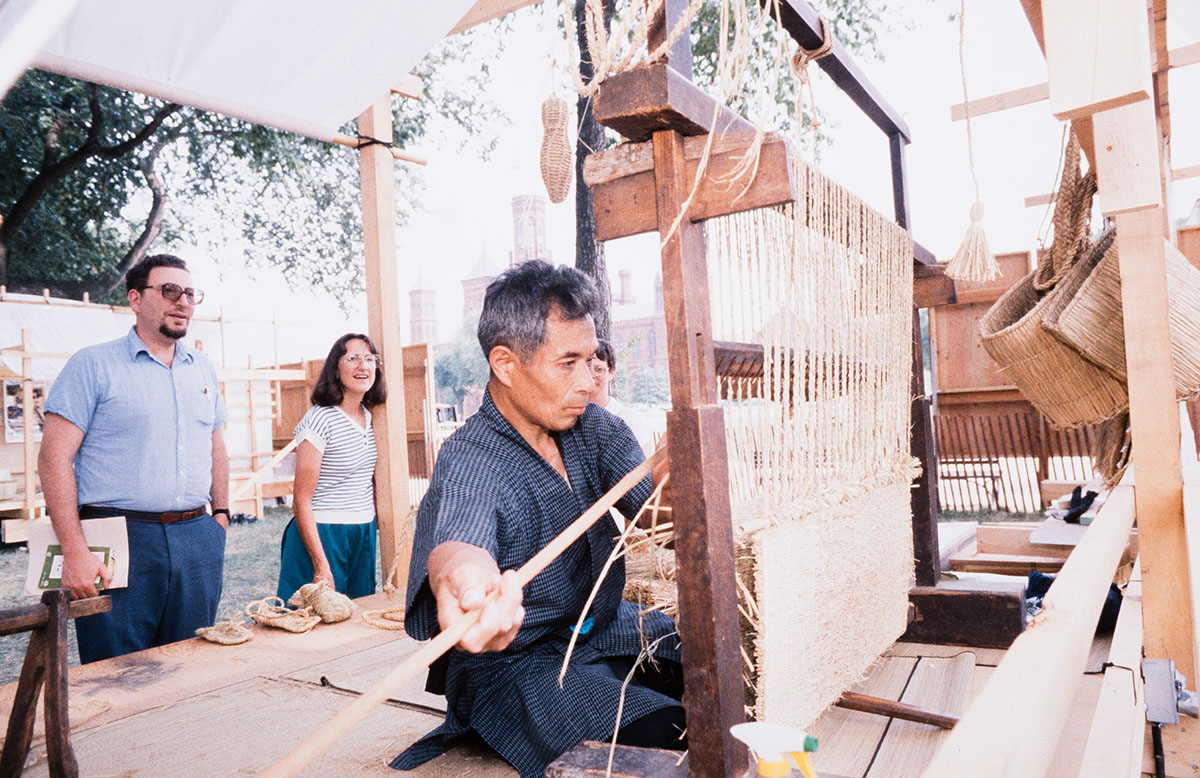 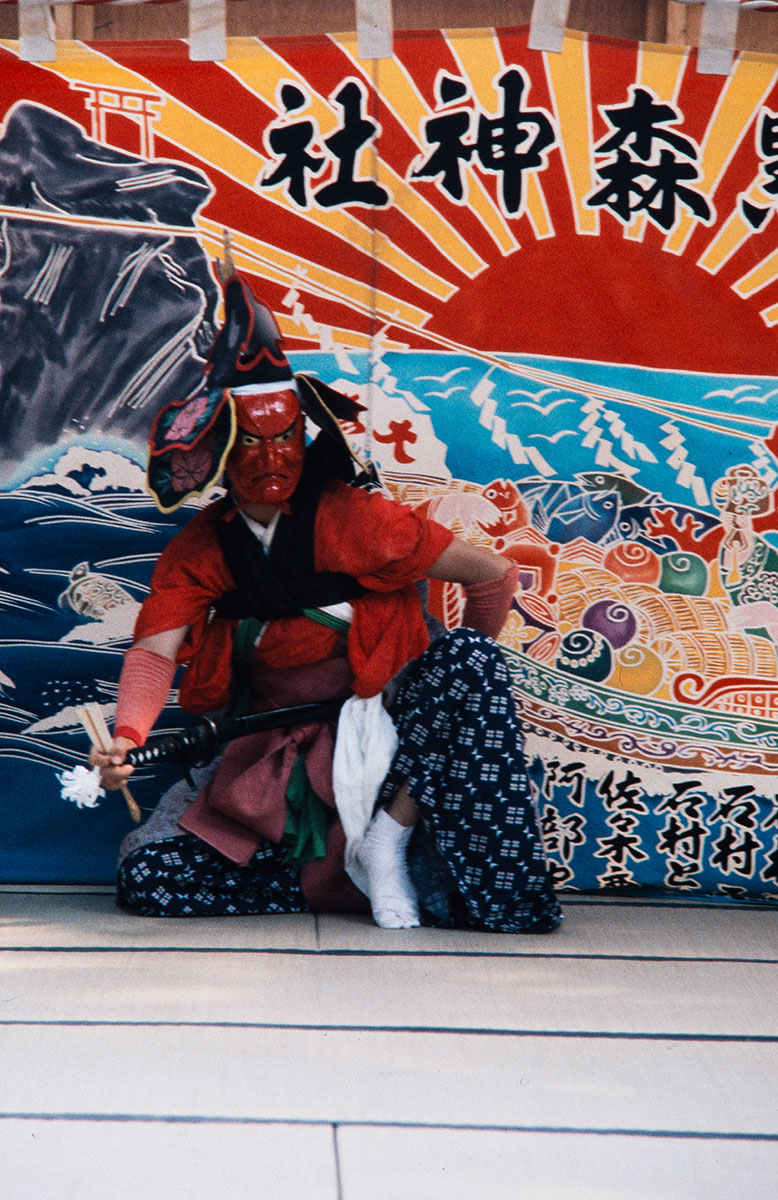 If we wish to see in the world something more than our own image, to learn from the lifeways of others, to be stimulated by another's aesthetic thought, Secretary Robert McC. Adams reflected in the 1986 Festival Program Book, then we need to find ways of understanding what it means to turn a pot or sing a song in another's culture. Of course, if the living people are present, as they are at the Festival, visitors can ask them. Another way is to sense the resonances among several elements of a single culture presented. In the area of the Festival devoted to Japan, for example, the 13- foot straw samurai figure, in isolation, might have conjured ferocious thoughts of others' values. But visitors could also notice the rice paddy that the figure adorned and the festive planting ceremony enacted in the field and the rice straw hanging up to dry, the very material from which the figure was constructed. What emerged then was a complex and beautiful resonance among these cultural practices, deepening visitors' appreciation of each and opening the possibility to begin to understand the many ways that Japanese folk culture speaks and sings about that most important commodity, rice.

More than 50 Japanese and Japanese Americans demonstrated the cultivation and myriad uses of rice found in the traditional folk culture in Japan, and how many of them have been retained in the U.S. In addition to the craft presentations focused on crafts related to rice cultivation, performing groups presented several local folk music traditions, masked dance-drama, and the ritual of hand- transplanting rice (demonstrated in a flooded rice paddy constructed on the Festival site). Japanese Americans brought additional craft demonstrations, children's activities, and foodways to the Festival.

Travelers on Japan's coastal railway during the June rice planting season are treated to a vista of shimmering wet paddies that fill every flat plain all the ...

Rice Cultivation in Japan and Ta-bayashi

Mechanization of planting, transplanting and harvesting rice in Japan began early in the century and entered a stage of spectacular growth in the 1970s. In less

Pottery has been made continuously in the Shigaraki valley from the 13th century to the present day, but the name "Shigaraki" connotes different products to ...

Diverse Influences in the Development of a Japanese Folk Drama

Her Augustness, Heaven-Alarming-Female hanging (around her self) as a sash, the heavenly club moss of the Heavenly Mount Kagu, and making the heavenly ...

"Folk song is the heart's hometown" (min'yo wa kokoro no furusato) is an expression one hears or reads frequently in discussions of folk song in Japan. To a ...