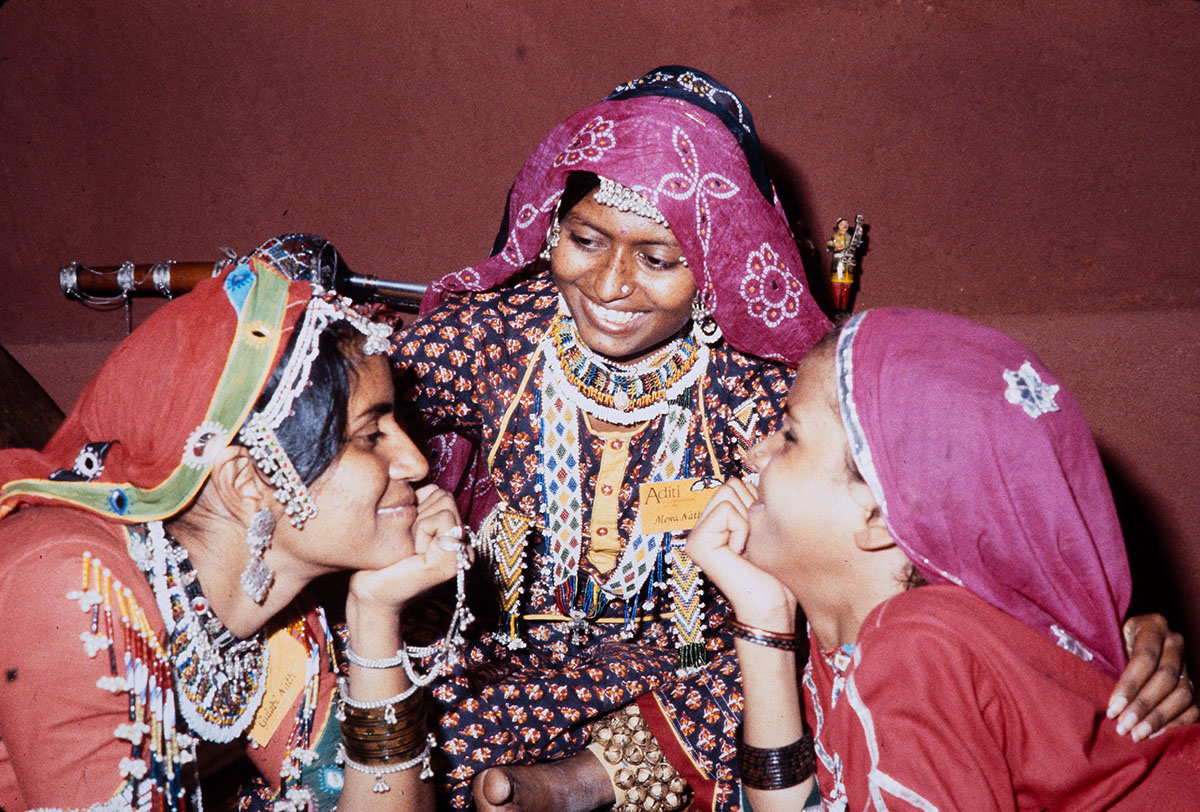 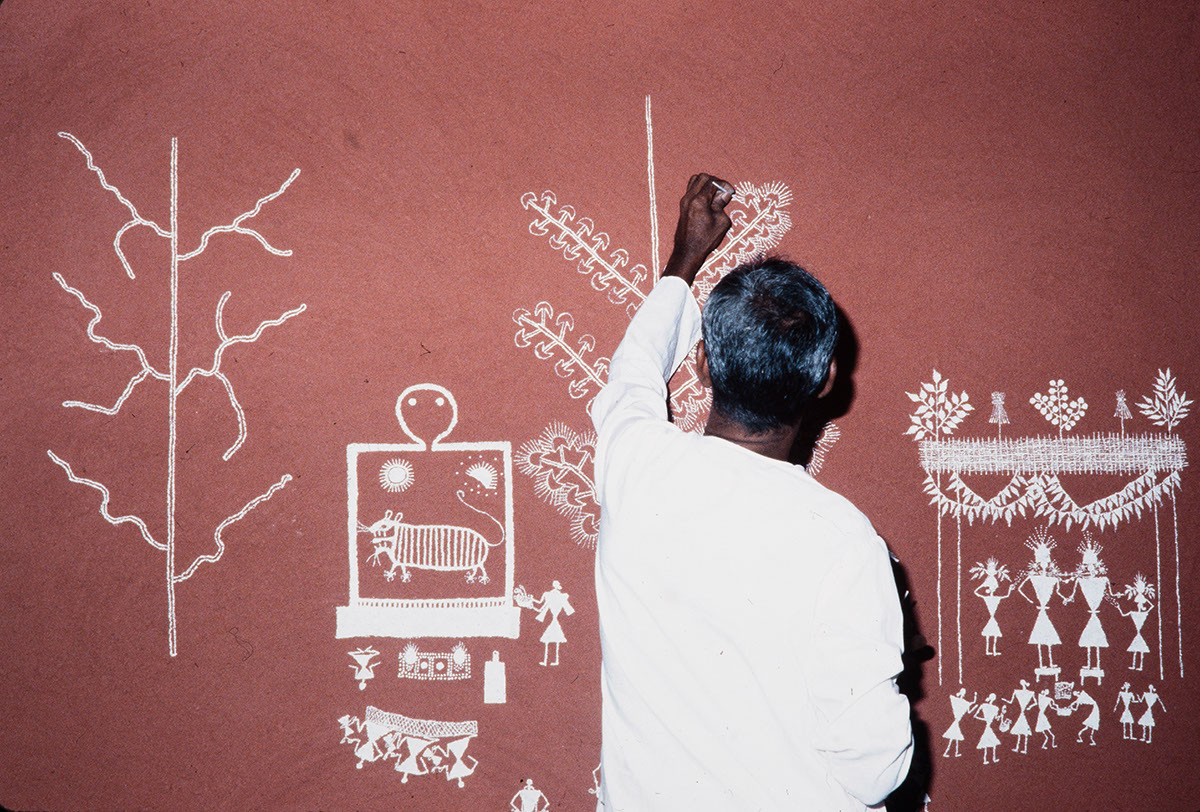 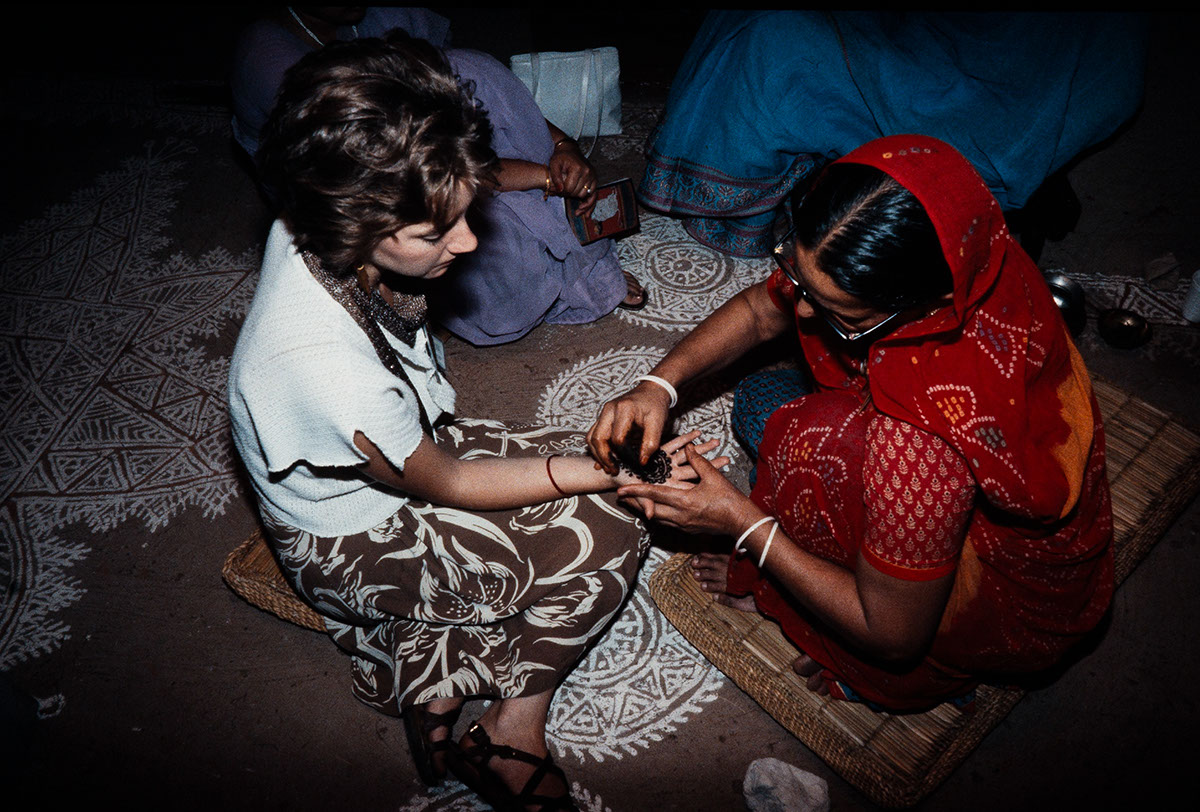 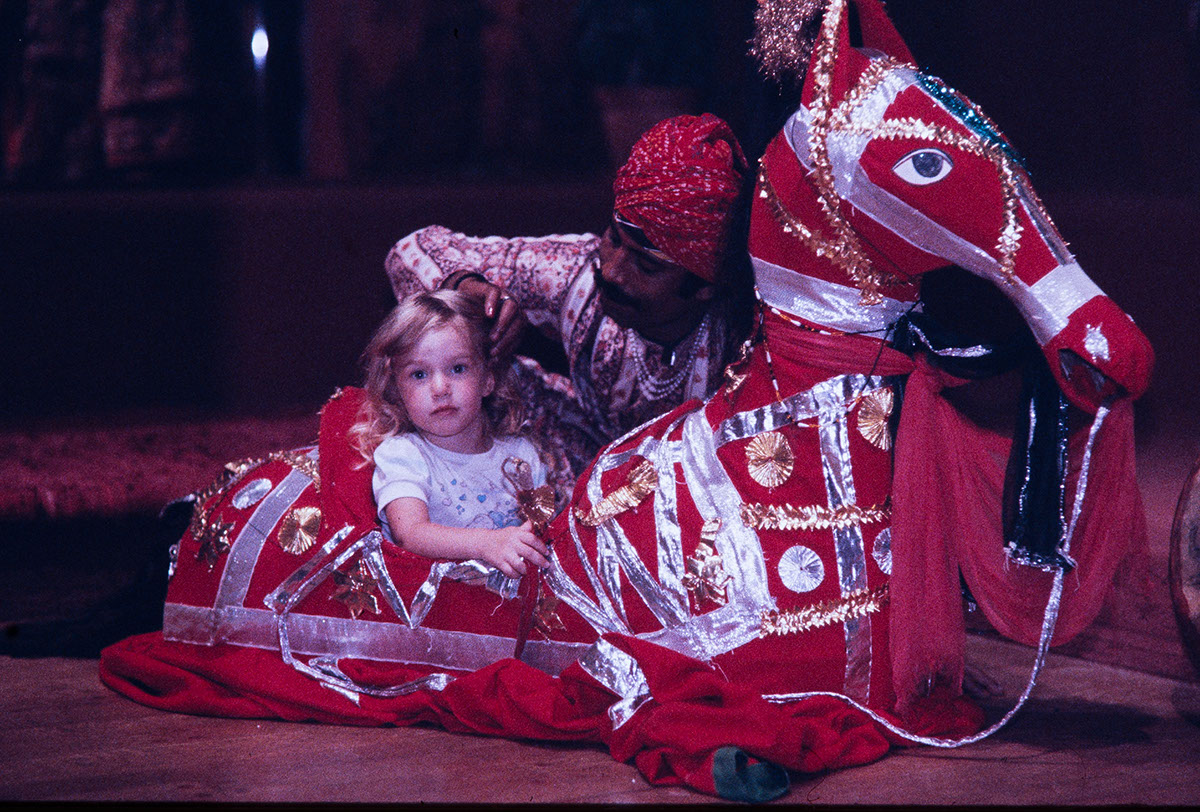 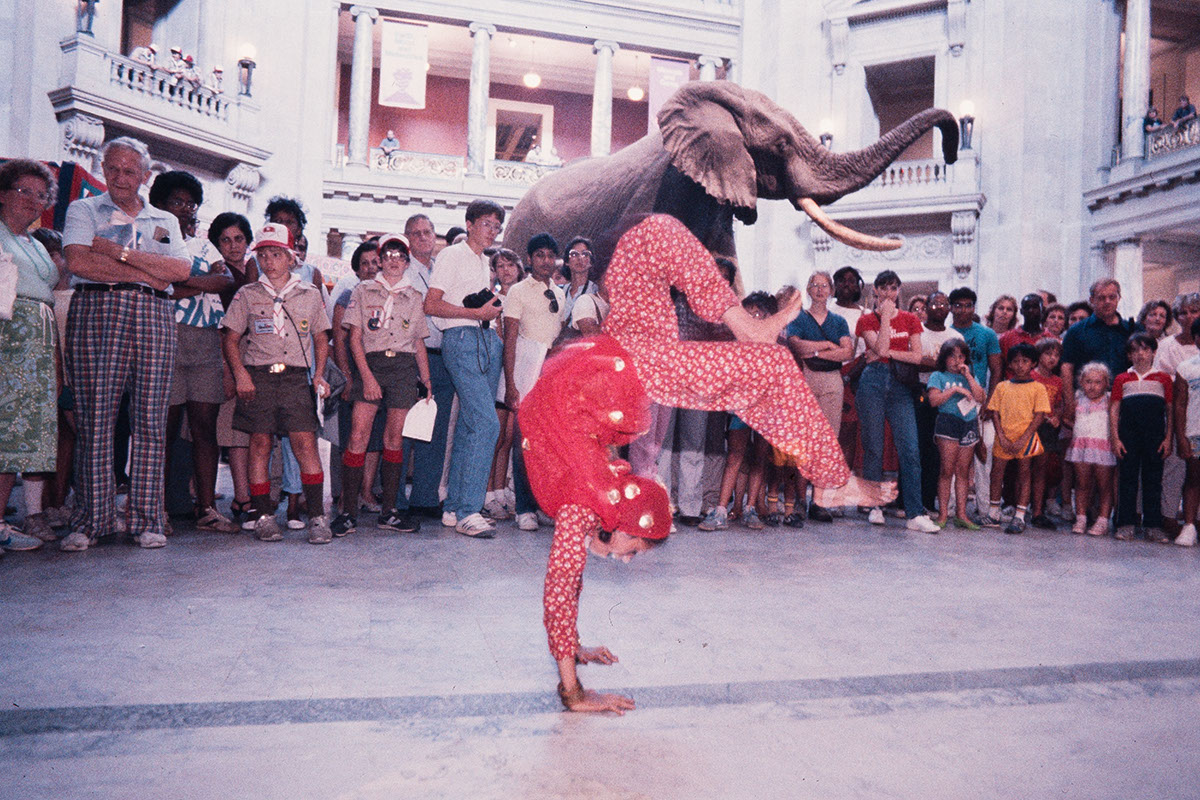 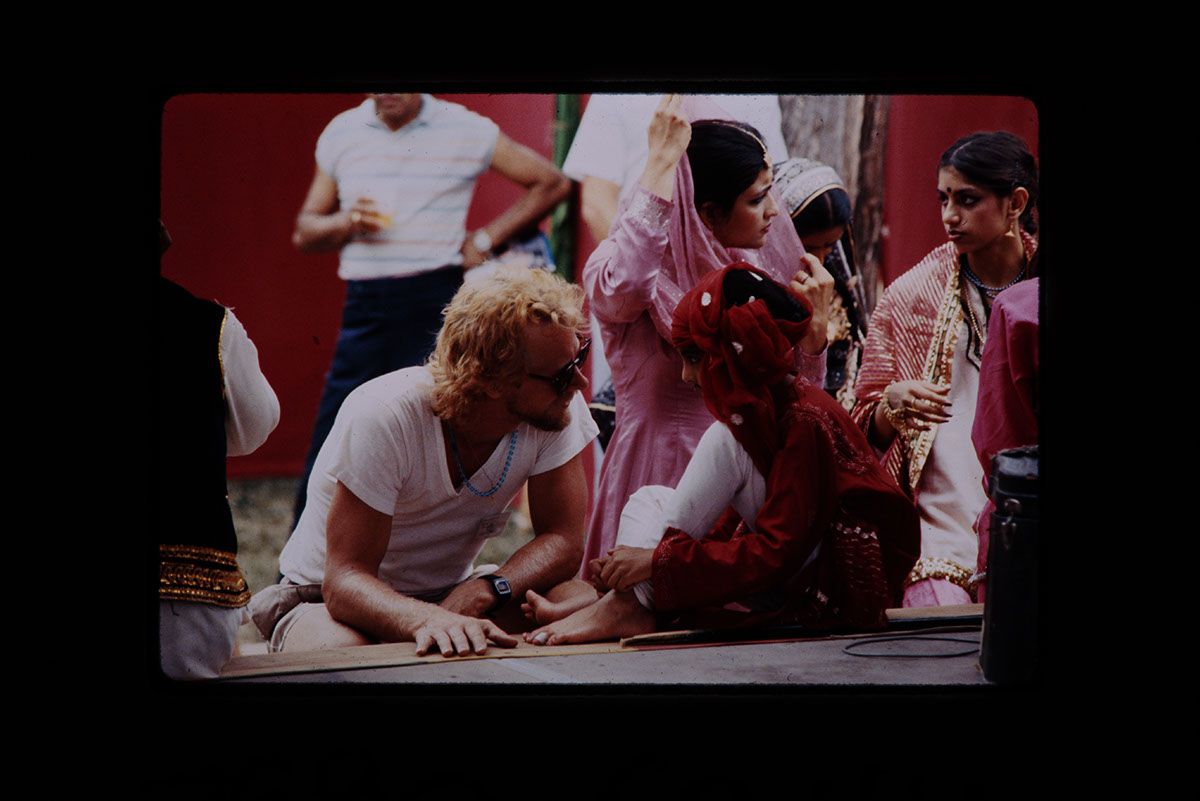 Mela! An Indian Fair on the National Mall sought to provide a culturally appropriate setting for a variety of Indian ritual, performance, craft, commercial, aesthetic, and culinary traditions. Presenting the skills of more than 60 folk artists, craftspeople, and cultural specialists from India and the Indian American community in a temporary bazaar replete with Indian handicrafts and cuisine, this program offered visitors a unique opportunity to experience and participate in Indian culture.

A mela, or Indian fair, is a large gathering of people who temporarily come together at a culturally appropriate time and place. Melas usually occur at the intersections of trade routes, river banks or confluences. The specific fairground often has a rich history and is frequently associated with the deeds of a god, goddess, or local hero. The time of the fair is set by the movements of sun, moon, planets, and stars in accord with one of the various solar and lunar calendars that mark time in India.

The Mela program on the Mall was really a fair within a fair. It was a composite mela, compressing both space and time to present selectively only a few of India's many traditions. Just as a mela would in India, the program encouraged visitors to learn about and participate in Indian culture. The structures on the Mall were built largely with natural and handcrafted materials from India, while the site itself was designed to reflect indigenous Indian concepts. The Learning Center tent housed the various ritual activities associated with some Indian festivals: a puja, or worship ceremony to Ganesha, the elephant-headed son of Shiva and remover of obstacles, was exhibited in order to impart to visitors a sense of Hindu household and temple ritual; kolam floor painting from Tamil Nadu was also demonstrated, as through such an art, space is sacralized and made ready to receive the presence of the deity. Also in the Learning Center were artisans who built the bamboo and paper structures for the Hindu Dassehra and the Muslim Muharram celebrations.

The rest of the site was organized according to the five elements of Hindu metaphysics and their corresponding senses: sound, touch, sight, taste, and smell. Song and dance could be found in the sound sections, as activities associated with space or ether, the most subtle of the elements. In the touch area, associated with the element air, were the acrobats, jugglers, kite maker, clothing and stalls for fans. In the sight section were numerous stalls offering items of brass, terra cotta, wood, leather and stone - all associated with the element fire and the notion of form. Roaming through this section were the magicians and impersonators to challenge the eye. The taste section featured food, snacks and beverages, while the fragrances of India were evident in the flower, incense and essence stalls.

Aditi: A Celebration of Life

In observance of the year-long Festival of India, the Smithsonian's National Museum of Natural History featured an exhibition of 1,500 objects of Indian folk art, as well as 40 artisans and performers demonstrating their traditional arts. Throughout the sections of the exhibition, objects associated with the particular stage of the life cycle were presented together with the folk artists who gave them meaning - the dancers, singers, musicians, puppeteers, painters, potters, jugglers, and acrobats of India. The juxtaposition of artists from diverse regions of the country with objects of varied temporal and geographic provenance suggested thematic unities as well as continuities of form and function. The exhibition ran June 4-July 28, 1985.

Mela! An Indian Fair was made possible through the generous support of The Handicrafts and Handlooms Export Corporation Ltd. of India, The Ashok Group of Hotels (India Tourism Development Corporation), and Coromandel Fertilizers Ltd. of India, an Indo-U.S. venture.

Mela! An Indian Fair on the National Mall provides a culturally appropriate setting for a variety of Indian ritual, performance, craft, commercial, aesthetic ...

Commerce and Ritual at the Pushkar Fair

One of India's greatest melas takes place annually at the small town of Pushkar in the heart of the northwest state of Rajasthan. With the approach of the ...

The world's largest gathering of people occurs at the Kumbha meta, a cyclical series of month-long spiritual fairs in India. The earliest historical records of

Although many South Asian restaurants advertise a wide variety of "curries," in traditional Indian cooking no one dish is referred to by this word. Curry is the

Although Indian-Americans make up one of the more rapidly growing ethnic groups in the United States, little is generally known of their history in this country

Songs in Circles Gujaratis in America

Aditi: A Celebration of Life

Aditi: A Celebration of Life, a living exhibition in the National Museum of Natural History (June 4 to July 28, 1985), is linked to the Festival of American ...